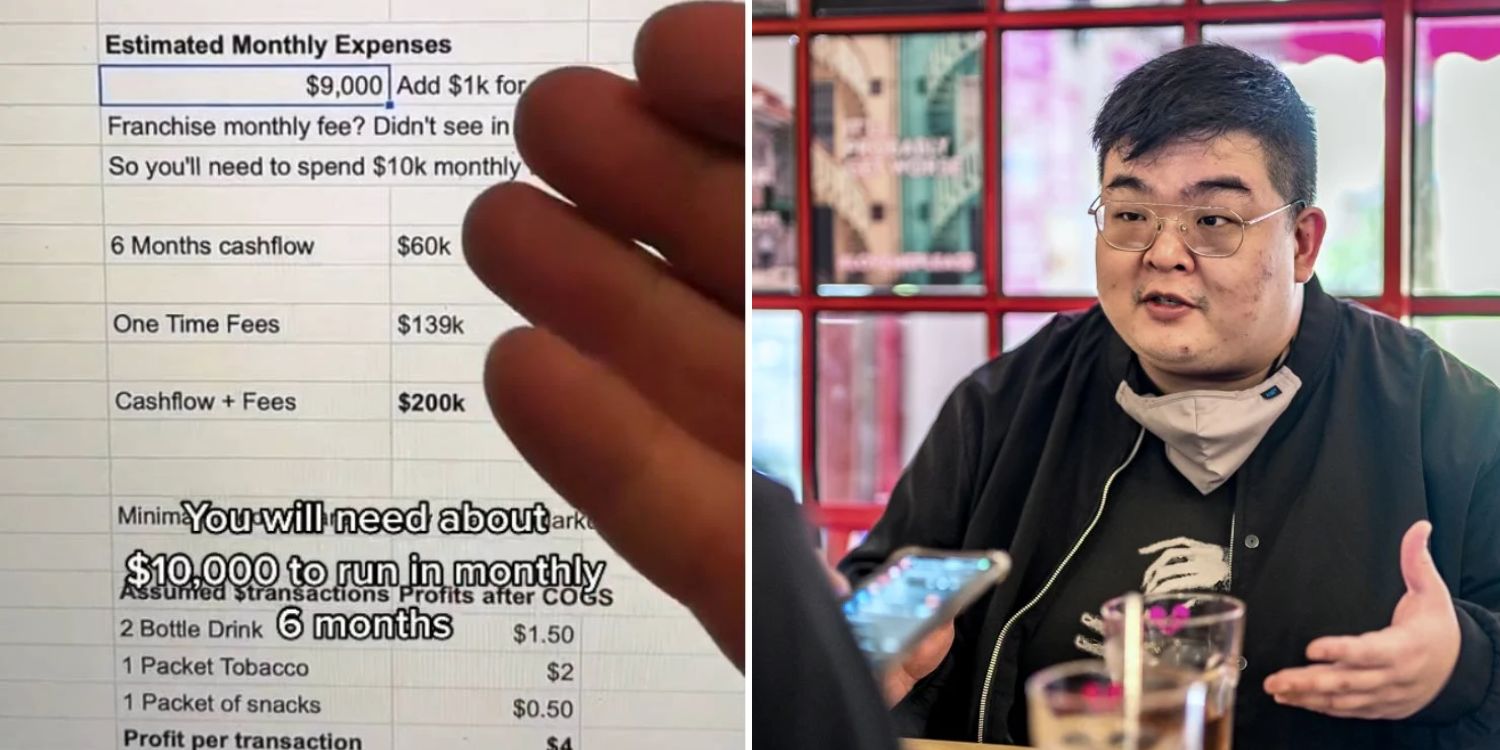 Helping others make informed choices based on his own mistakes.

Even though he’s an entrepreneur with an ice cream shop in Ang Mo Kio, Goh Yong Wei does not recommend that anyone else runs their own business.

Instead, they should stay in their 9-5 job, he claims.

Such is the idea for one of his TikTok videos, which has garnered over 389,000 views as of the time of writing.

As a business owner himself, he’s perhaps best placed to explain why exactly running a business might not be for everyone, since he’s familiar with the associated struggles and costs.

It is an approach that seems to be working, since his business-related videos have more than 300,000 views each.

Like Tommy from NBCB, Mr Goh delivers tidbits of information to the masses.

Just like how search engine optimisation (SEO) is used to get websites to the top of Google searches, Mr Goh thinks of TikTok the same way.

“Like an informative YouTube video, you want a TikTok video to be something useful that users can refer back to. For example, if I search for an ice cream-making tutorial, I will go back to the same YouTube tutorial video if I’m unclear about anything,” he explained.

“Rather than posting dance videos, which is quite useless.” Mr Goh added,  “You’re just attracting uncles to look at you. I’d rather be somebody that you can look up to.”

Mr Goh is a man of many talents, having been a web designer, journalist, videographer, food delivery rider, and currently, entrepreneur.

Previously, he also ran a printing business and was a designer.

Being a jack of all trades may have the occasional downside, as there have been times when Mr Goh struggled with passion and fulfilment in his jobs.

He is also the president of the National Delivery Champions Association, which champions the rights of gig workers, especially delivery riders.

When he thought about what content will reach the top, he decided to be useful.

“I’m not the most experienced person, but whatever I know, whatever positivity I can share [with] you before you make that same stupid mistake, I can share,” he said. 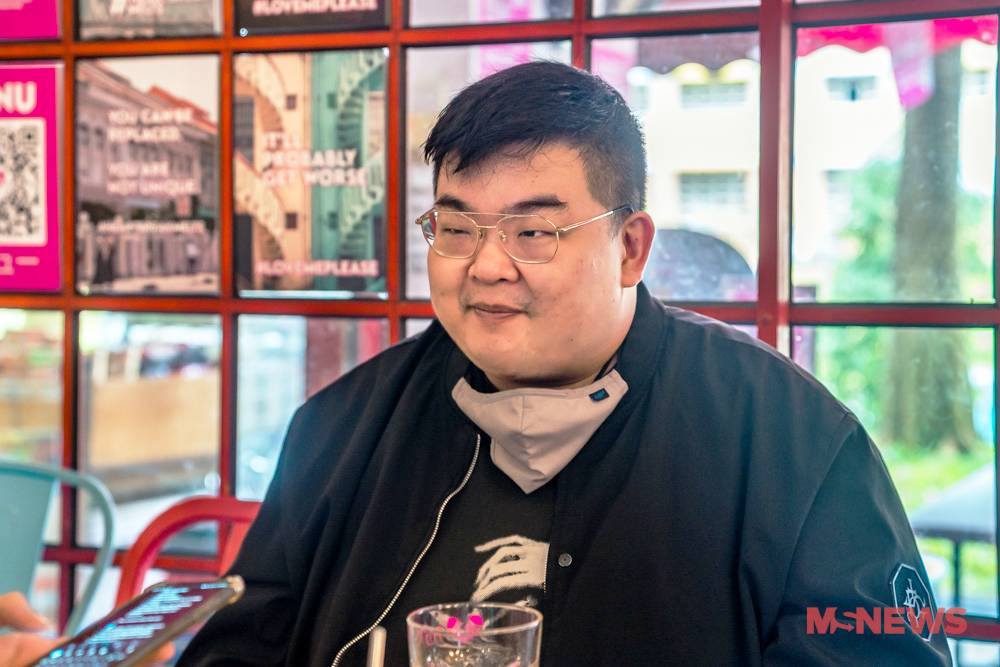 “I am not rich, but I have made a lot of mistakes, and I can tell you the [ones] that I made so that you don’t make the same mistake.”

He believes that utility has a lot to do with why his videos get views.

While humour videos were popular for a while, Mr Goh noticed they’d been on the wane for some time. Instead, informative videos are on the rise.

It perhaps also helps that Mr Goh does not come off as overly serious. While he tries to be informative, he still cracks jokes, mostly self-deprecating ones.

His memes about being lovelorn went viral in 2016, and Mr Goh even printed some of them to paste on the shop’s walls.

In many ways, Heartbreak Melts, with its lovelorn memes and a notebook for patrons to pen their thoughts, is a large extension of his personality.

“It’s just a very expensive joke,” Mr Goh mused about his cafe concept. Instead of ‘inspo’ quotes that often adorn the walls of trendy cafes, he chooses demotivational quotes instead. 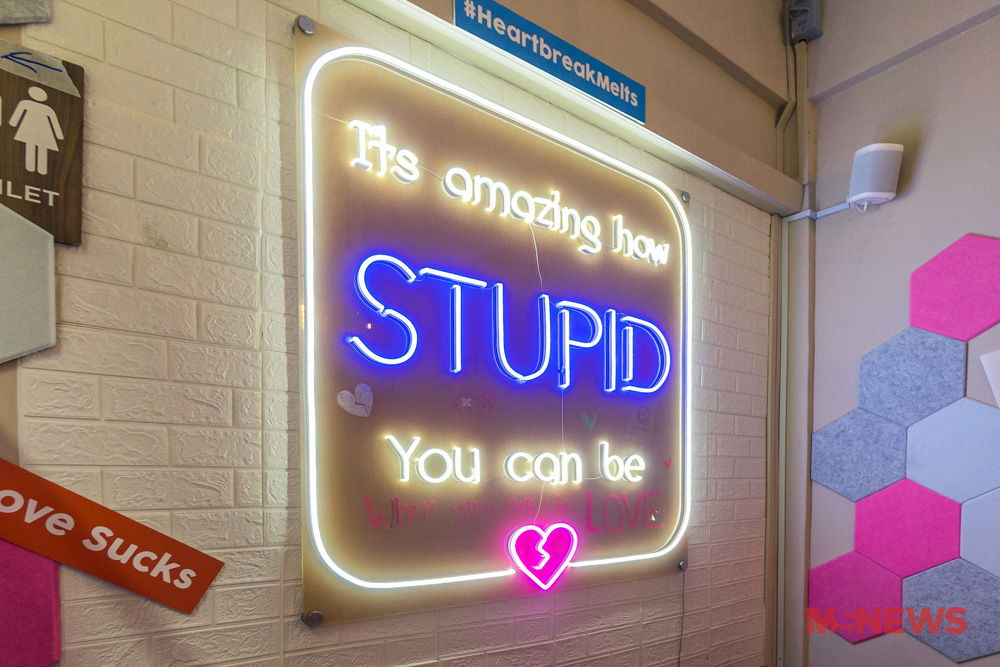 On every table is a book where patrons can write whatever they want, be it their own heartbreak experience or a rant.

Someone even wrote what appeared to be a suicide note.

But Mr Goh was careful not to make Heartbreak Melts revolve around the café theme. To him, themed cafes do not last — Central Perk being a prime example.

“Maybe it works for one or two years, but it just closes later.”

The café has to be comfortable, without hostile architecture or bad acoustics that prevent customers from hearing each other, especially when the café gets crowded.

Mr Goh likes having the freedom and flexibility that comes with being self-employed and an entrepreneur, but it is not the most stable living.

For one thing, he realised when he broke his arm in a Sep 2020 traffic accident that any disability can severely affect his income.

As a night owl who begins his day past noon and sometimes works until dawn, Mr Goh knew a 9-6 job would not suit his lifestyle.

On the other hand, he does not get CPF, nor does he have any paid leave, medical or otherwise.

It’s a tradeoff he says people have to consider very carefully before they quit their job.

Because he understands the realities that self-employed people like him face, he ended up being nominated as the president of the National Delivery Champions Association.

Thanks to him and other unions, delivery riders now enjoy better benefits than before.

This is another reason why he advises that people stay in their office job if they already have one.

Not only is it a high-risk career move, but it’s also likely to leave one in debt. Even large brands like Xing Fu Tang have shut down in the past few years, after all.

Hence, he thinks the information he shares about how much it would cost to start up a business will help people make more informed choices.

It can cost S$10,000 monthly just to keep a business afloat after taking into account overheads, salaries and rent. 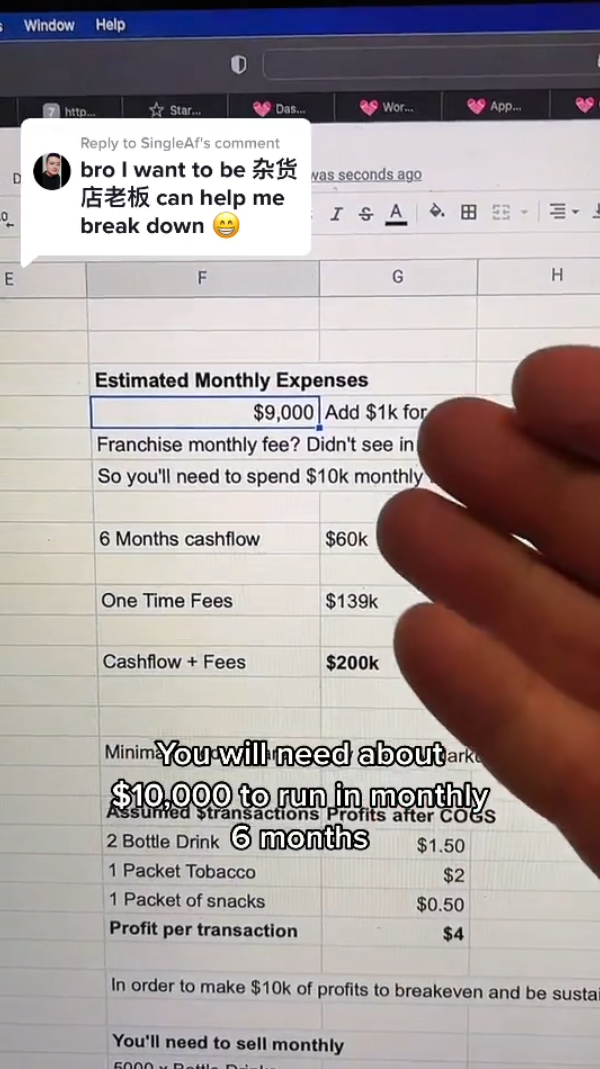 Instead of starting a business when you’re young, Mr Goh believes it’s better to do so when you have saved up enough capital from working.

Taking himself as an example, Mr Goh still has to work as a food delivery rider to supplement his business while it’s growing, proving life isn’t a bed of roses for an entrepreneur.

He has no savings either, he revealed, and didn’t draw a salary until 11 months after Heartbreak Melts opened in Jan 2022.

And obviously, he works longer hours than your average 9-6 employee at an office.

But since he has plans to grow the business and it’s mostly self-sufficient, Mr Goh is able to spend the rest of his time on marketing Heartbreak Melts, including posting on TikTok. This is as opposed to a hawker or chef.

In essence? Don’t quit your day job unless you have a solid plan.

Featured image adapted from @yongwei92 on TikTok and MS News.