The helper was made to assist her employer at the bakery without being paid for it.

Employers must look after helpers who assist them in their daily needs. Putting helpers intentionally in the line of danger is not only against the law but also reflects poorly on one’s character.

This was the case recently when 46-year-old Ms Mastura Abdul Khalil asked her Indonesian helper Ms Rabiah Baharuddin Abdul to also assist in her bakery without paying her for it.

The helper then suffered a severe injury from an electric mincer, in which all the fingers on her right hand had to be amputated.

Woman illegally hired a helper to work at bakery

According to The Straits Times (ST), Ms Mastura and her husband each pleaded guilty to a charge under the Employment of Foreign Manpower Act for illegally employing Ms Rabiah at the bakery.

The business opened in mid-2016 and was actively run by the couple. 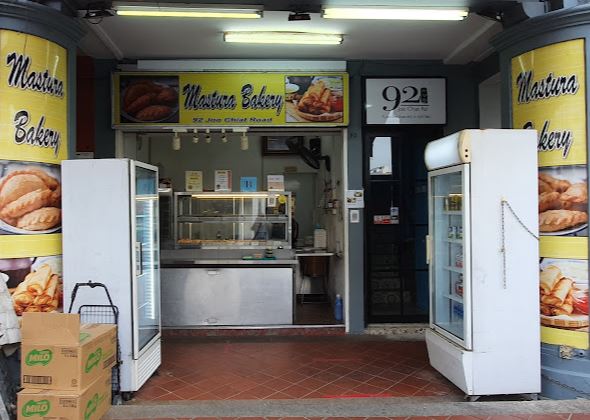 Ms Rabiah started working for Mr Affendi on 27 Oct 2018. A month later, Ms Mastura ordered her to assist with food preparation in the bakery.

In addition to her duties as a helper, Ms Rabiah worked in the bakery three to four times a week from Nov 2018 to 6 Jun 2019.

She performed tasks like cutting onions, grinding sardines with an electric mincer and frying fillings for curry puffs from 11am to 7pm for no additional salary.

After an accident with an electric mincer at the bakery, Ms Rabiah lost all fingers on her right hand.

Investigations also revealed that Ms Mastura failed to conduct a risk assessment and develop safety procedures for the appliance.

Helper lost all fingers on right hand due to workplace injury

According to ST, the accident occurred on 6 Jun 2019. Ms Rabiah loaded sardines into an electric mincer with her right hand, which was in a latex glove.

Ministry of Manpower (MOM) prosecutors said the latex glove then became loose and got caught in the mincing component.

Ms Rabiah was unable to withdraw her hand, which got mangled by the mincer in the process. After feeling a sharp pain, she immediately turned off the power and shouted for help.

Ms Mastura’s children were at the bakery, and they telephoned their mother. She arrived with her husband half an hour later and called an ambulance.

During the surgery, doctors had to amputate all the fingers on Ms Rabiah’s right hand.

Another workplace accident occurred at the bakery in 2017

MOM prosecutors added that electric mincers usually contain a plastic hoop that prevents a user’s hands from going into the mincing component. However, the mincer at Mastura Bakery contained no such device.

This was not the first workplace accident in Mastura Bakery. Investigations into the incident revealed that another helper had also been injured by the same mincer in 2017.

This was taken into account at the time of sentencing. District Judge Janet Wang said Ms Mastura’s “culpability was amplified” as it was not her first offence. She had also shown blatant disregard by not reporting the first incident or replacing the guard.

In addition, she had exploited Ms Rabiah by making her work for free in the bakery to save costs.

“The degree of permanent impairment is considerable,” she added.

Create a safe environment for our helpers

It is heartbreaking to hear accounts of cruelty towards our helpers, most of whom come to our country seeking an honest living.

The regulations provided by the Employment of Foreign Manpower Act exist to safeguard these helpers. It is therefore in our best interests, as well as that of the helpers, to adhere to them.

Hopefully, both Ms Mastura and her husband have realised the error of their ways and will endeavour to provide a safer working environment for their helper in the future.