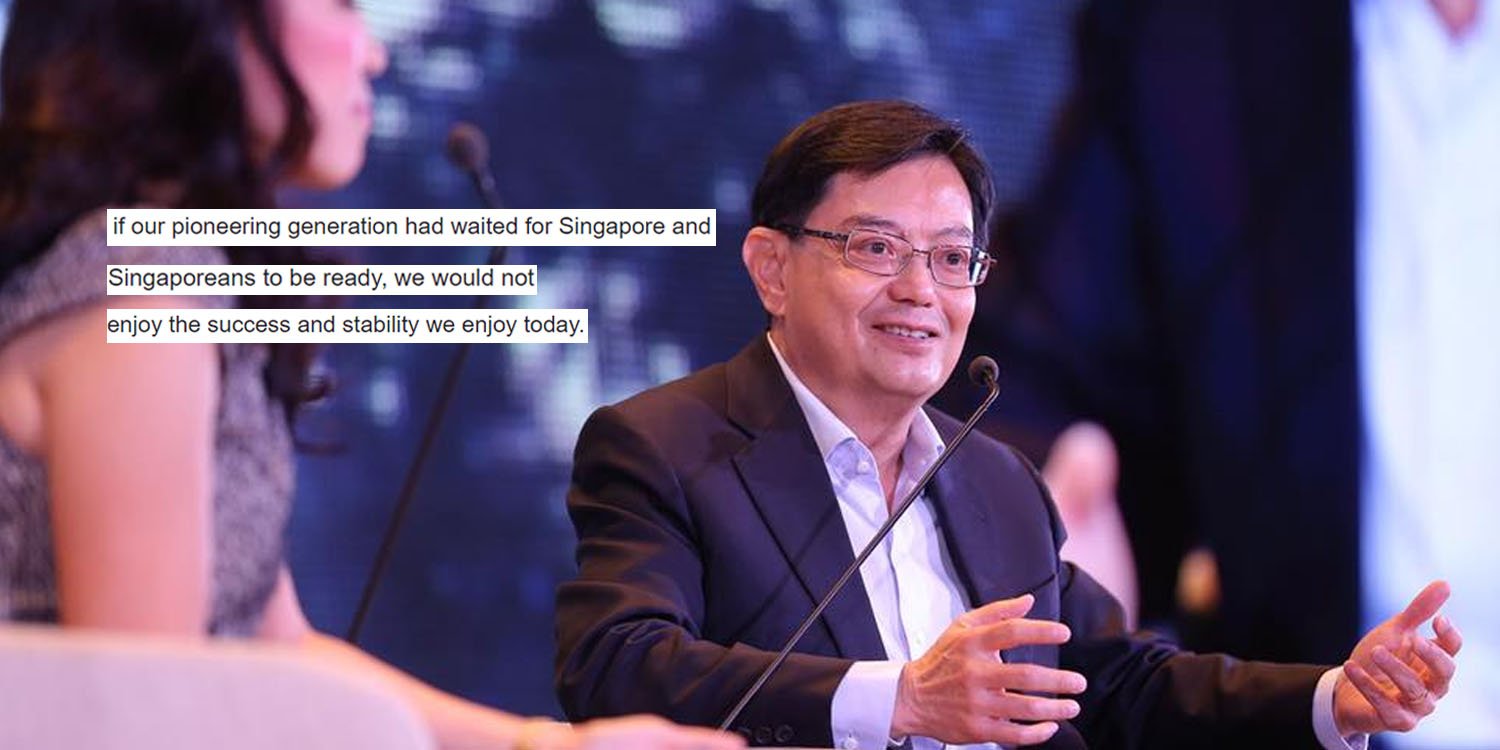 Singapore Achieved Significant Milestones When People Were “Not Ready”

His comment upset many Singaporeans, who seem to have opposing opinions.

One such individual aired his discontent on Facebook, countering Mr Heng’s claims with a list of achievements the country made “when Singaporeans were not ready”.

Singapore achieved a lot despite not being ready

The Singaporean man skipped the small talk and went straight to business, listing all the times the country underwent change despite being unprepared. 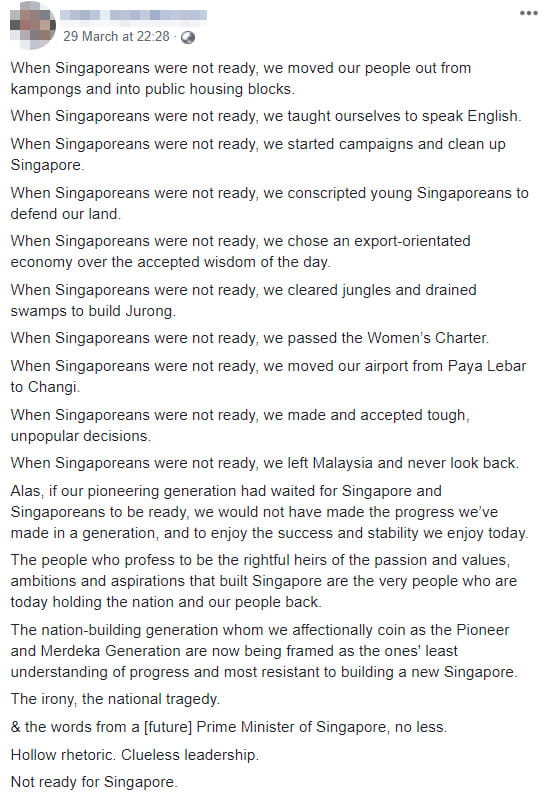 In brief, these were the 10 milestones that Singapore marked even when “Singaporeans were not ready”:

Reflecting on these changes which occurred in the immediate post-independence years, he noticed a great irony — that the older generation is taking the blame for not being ready.

The generation whom we refer to as the “Pioneer and Merdeka Generation” were the very people who saw Singapore through her most drastic transformation.

It’s puzzling then that they would be opposed to change, since they are no strangers to it.

The man ended his post with a tinge of disappointment that Mr Heng would make such a comment.

That the sweeping statement came from a PM candidate only added to the letdown, as the unpopular opinion could be “holding the nation and our people back”.

Other netizens’ reactions to Mr Heng’s statement echoed this sentiment. A senior citizen chipped in on the matter, refuting Mr Heng’s assumptions towards her generation of Singaporeans. 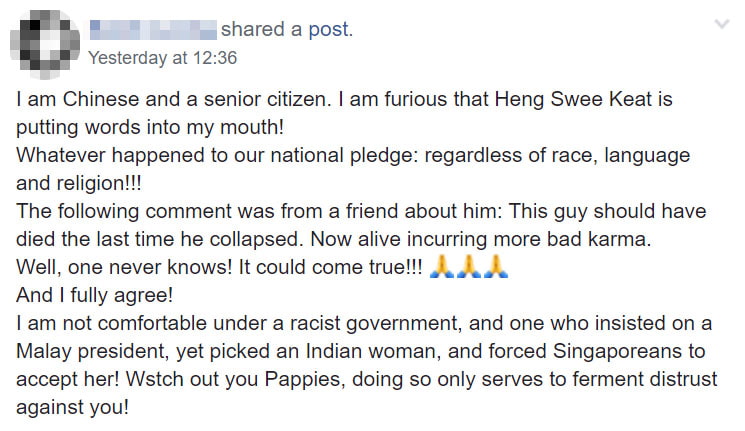 Another netizen defended Singaporeans by saying that we are more receptive to change than the government gives us credit for.

Whether Singapore is ready for our first non-Chinese PM or not is up to the whole country to decide. After all, that’s what the elections are for.

But we’ll have to see if the option will be available first, and if the suitable candidates are willing to take up the opportunity.

In the meantime, let’s stay informed on our country’s political developments so we can vote wisely when the time comes.