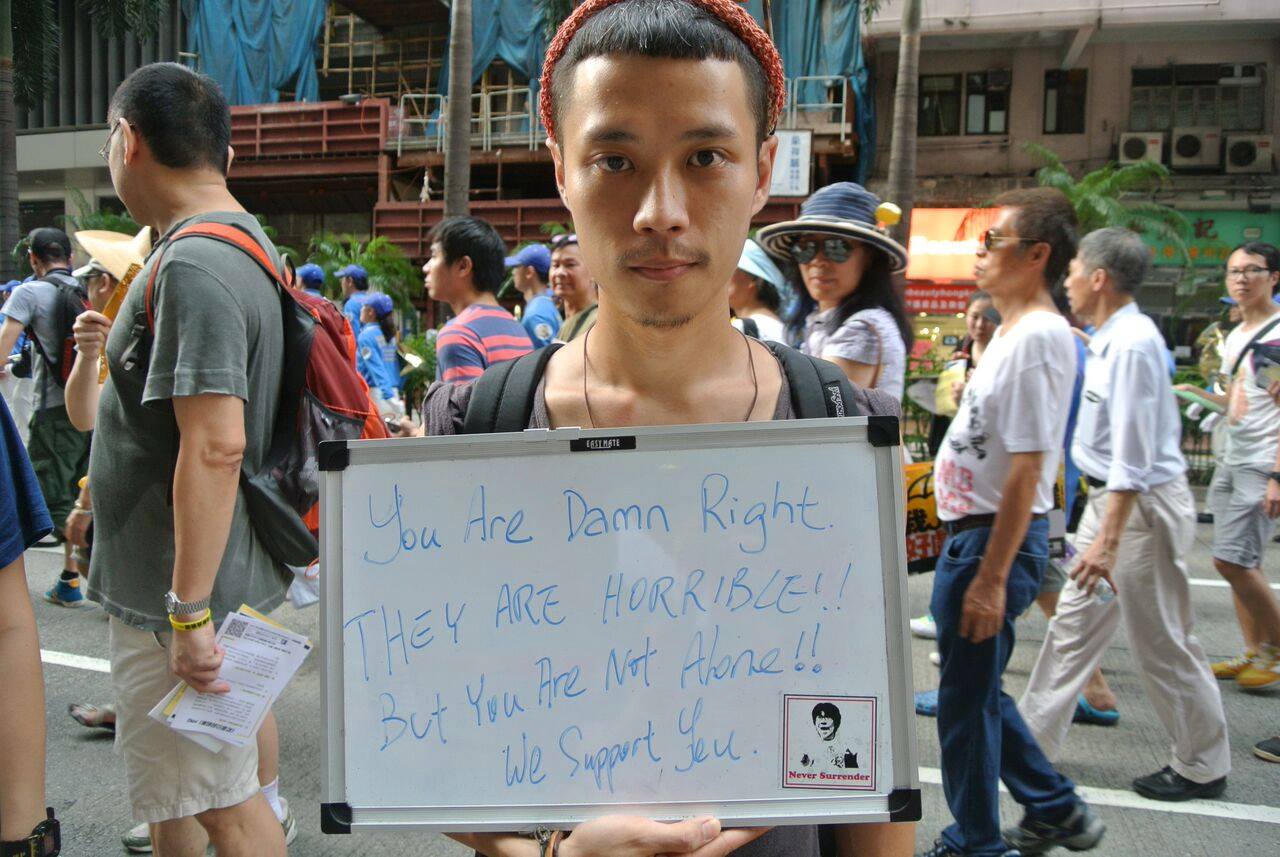 “I will not travel to Singapore anymore. Keep it up, Amos Yee!”

On Saturday (4 July), Hong Kongers turned out in droves to protest against Singapore’s mistreatment of teen blogger Amos Yee. By droves, we mean about 50 or so irate protesters.

They’re doing this to display their anger towards the treatment Amos has received and show that Amos is not alone.

Ever wanted to see a photo of Lee Kuan Yew half-heartedly catching fire?

That fire is so disinterested in burning paper, it’s not even doing the one thing fire is supposed to do best:

Over 50 protesters put their anger on tiny whiteboards

And one Facebook page — Free Amos Yee – HK — has made sure that the entire world knows this.

We have compiled some of the most striking responses to enlighten you about the anger the protesters are feeling: 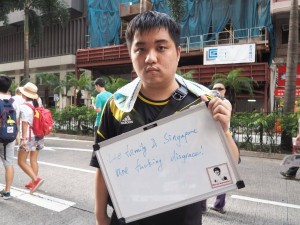 “I will not travel to Singapore ever again. Keep it up Amos Yee!” 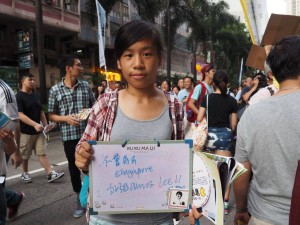 “Singapore shame on you! You are only a developing country.” 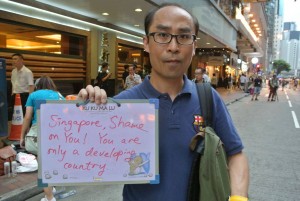 “You are damn right. They are horrible! But you are not alone! We support you.” 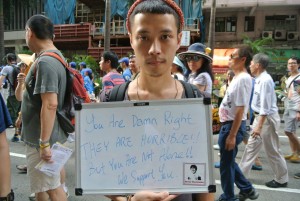 “You, the hero of a dictatorship country, are never alone.” 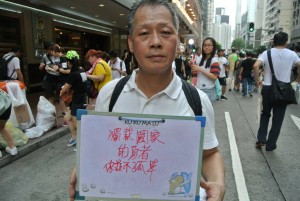 The influence Amos’ voice has on the world is really starting to amaze us. Whether this is a good or bad thing cannot yet be determined.

But these protesters form a vocal minority of only about 50 people, less than the average attendance of an S-League game. There weren’t really that many interested Hong Kongers.

So if you’re feeling a little fiery from watching all that fire, chillax. Hong Kong probably doesn’t really hate us.