Hornbills have been making more appearances in our heartlands. Occasionally, they even make home visits. But such visits remain a rarity, so when 2 hornbills flew into a Pasir Ris flat on Thursday (17 Nov), a netizen took to Facebook to share about the unusual visitor. 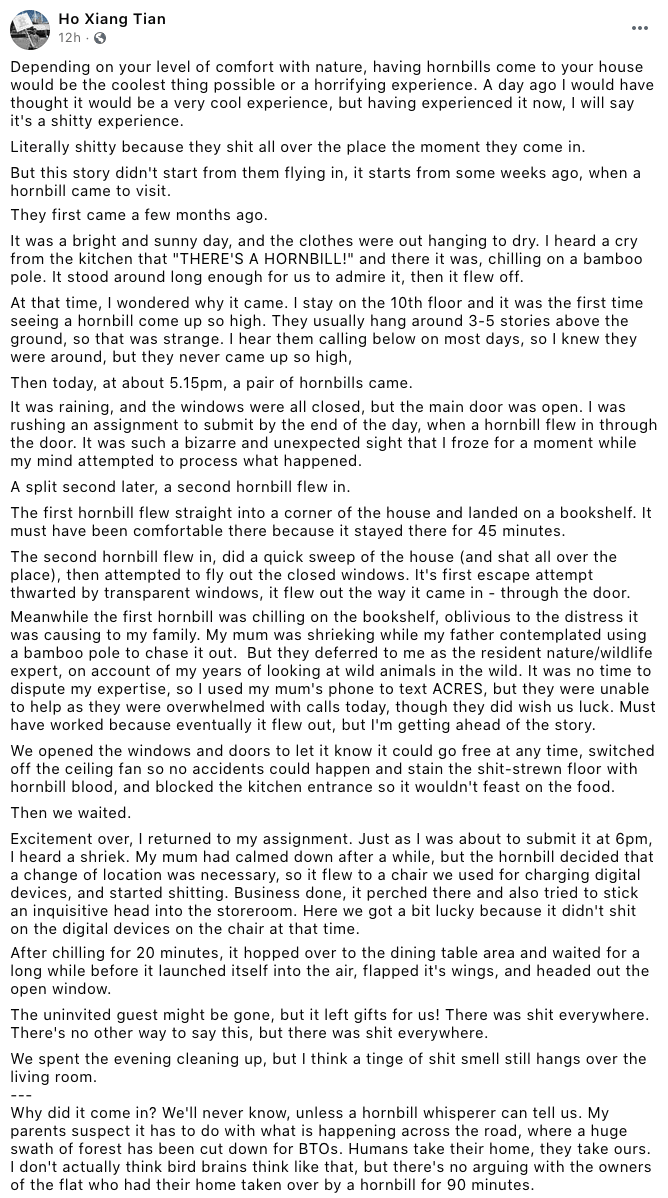 However, the experience soon turned a little “sh*tty” as the hornbills left behind ‘gifts’ around the flat for the family.

Staying on the 10th storey of a Pasir Ris flat, the netizen never expected hornbills to visit his house.

So imagine his surprise when a hornbill flew through his door at 5.15pm on Thursday (17 Dec).

Before he could even react to the first hornbill, a 2nd hornbill soon flew in through the same door.

The 1st hornbill apparently flew right onto a bookshelf and stayed there for a good 45 minutes. 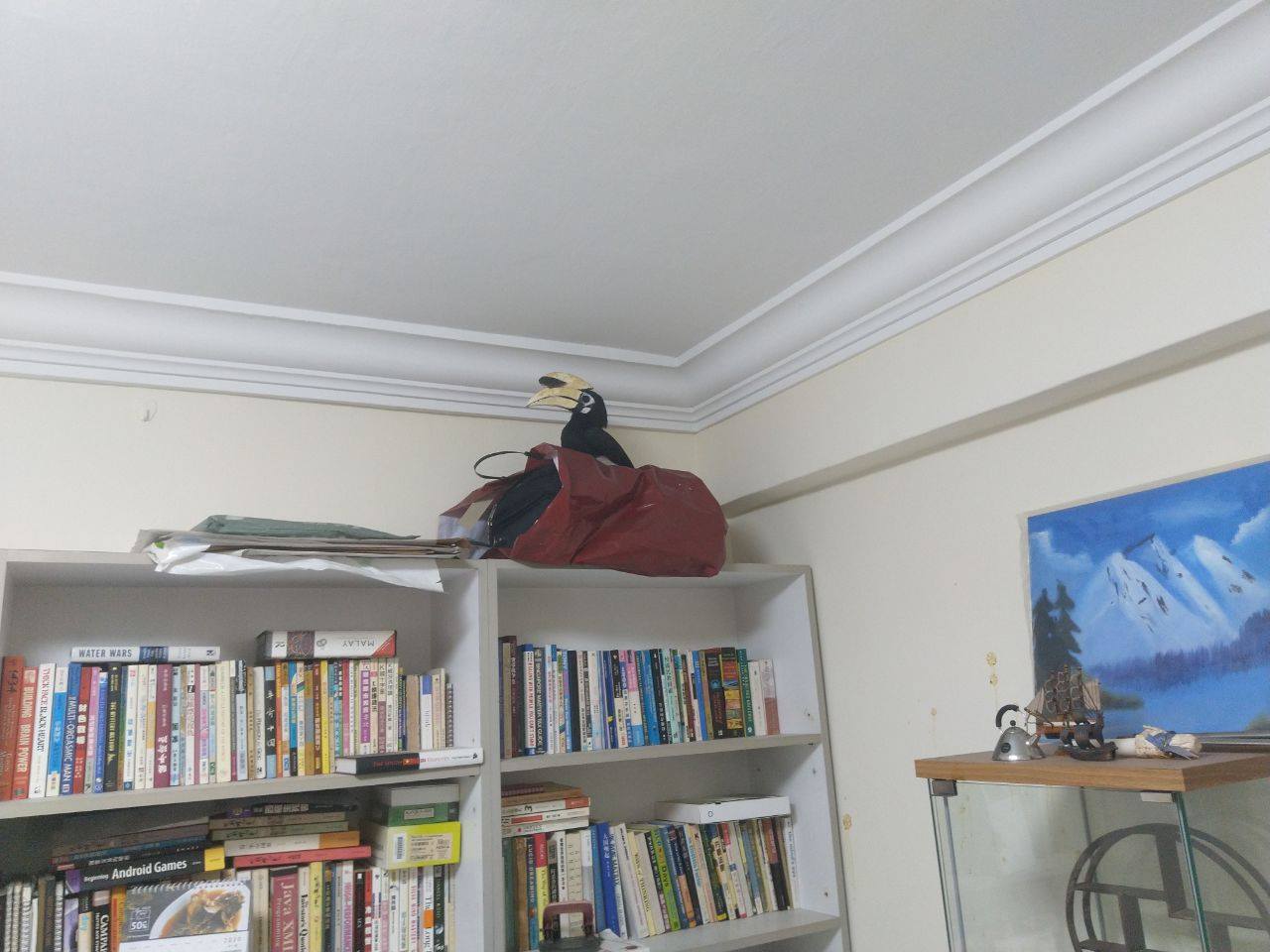 Meanwhile, the 2nd hornbill did a quick tour of the house, leaving little ‘gifts’ all over the place.

It later found its way through the doors it entered from.

While this was happening, the 1st hornbill remained perched on the bookshelf, seemingly oblivious to the chaos it was causing in the household.

At the time, the netizen’s mum was reportedly screaming while his dad thought of ways to chase the ‘guest’ away.

Deciding to err on the side of caution, the netizen contacted Animal Concerns Research and Education Society (ACRES). However, they were unable to assist due to overwhelming calls.

So the family mobilised into action, opening all the windows and doors, hoping the hornbill would make its way out.

The netizen also switched off the ceiling fan to prevent any accident from occurring.

Soon after, the hornbill decided that it needed a change of scenery and swooped down onto a chair, leaving more ‘souvenirs’ for the family along the way. After about 20 minutes, it hopped over to the nearby dining table. 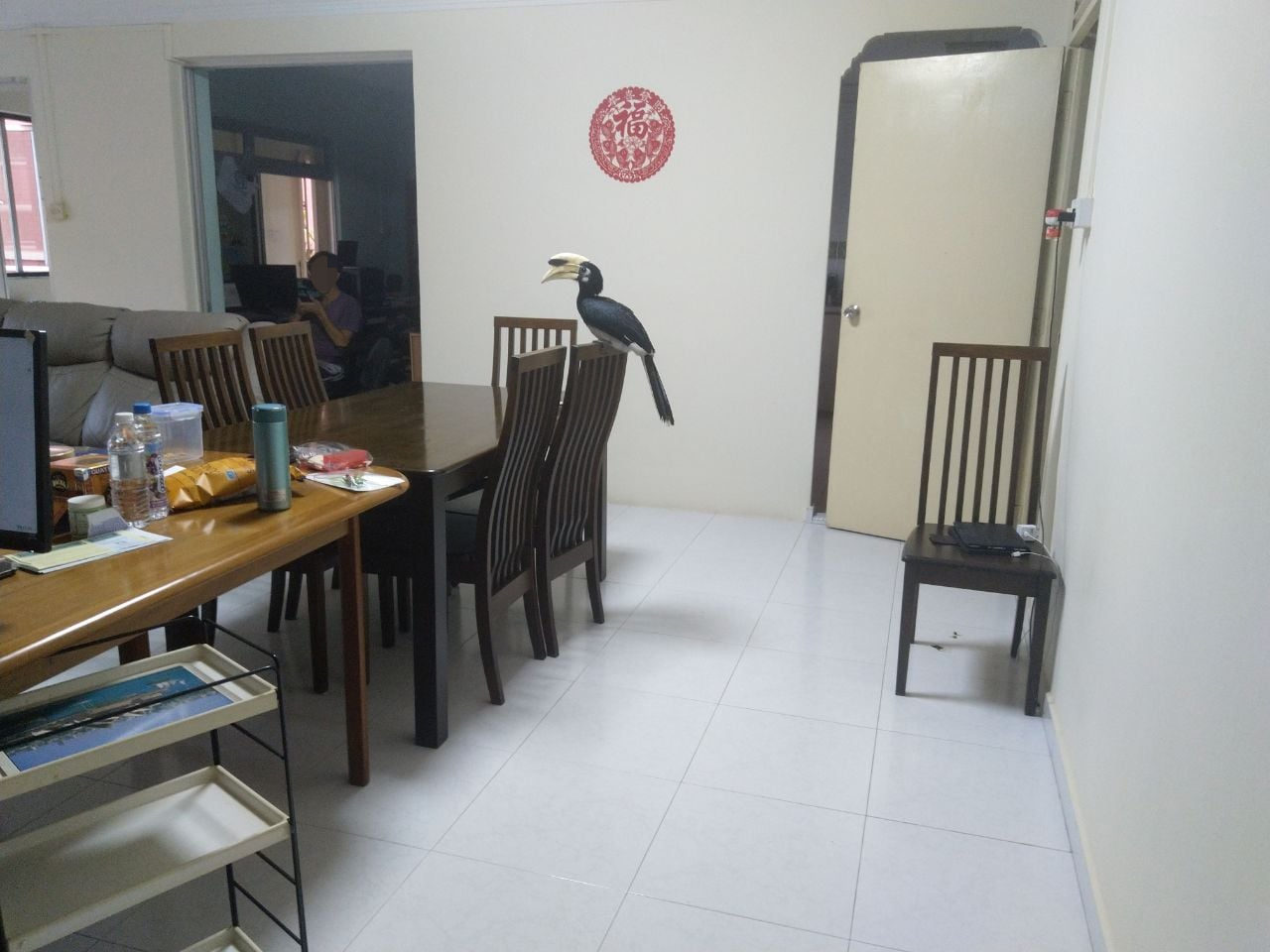 With a better view of what lies outside the flat, the hornbill finally launched itself into the air and out of the window. 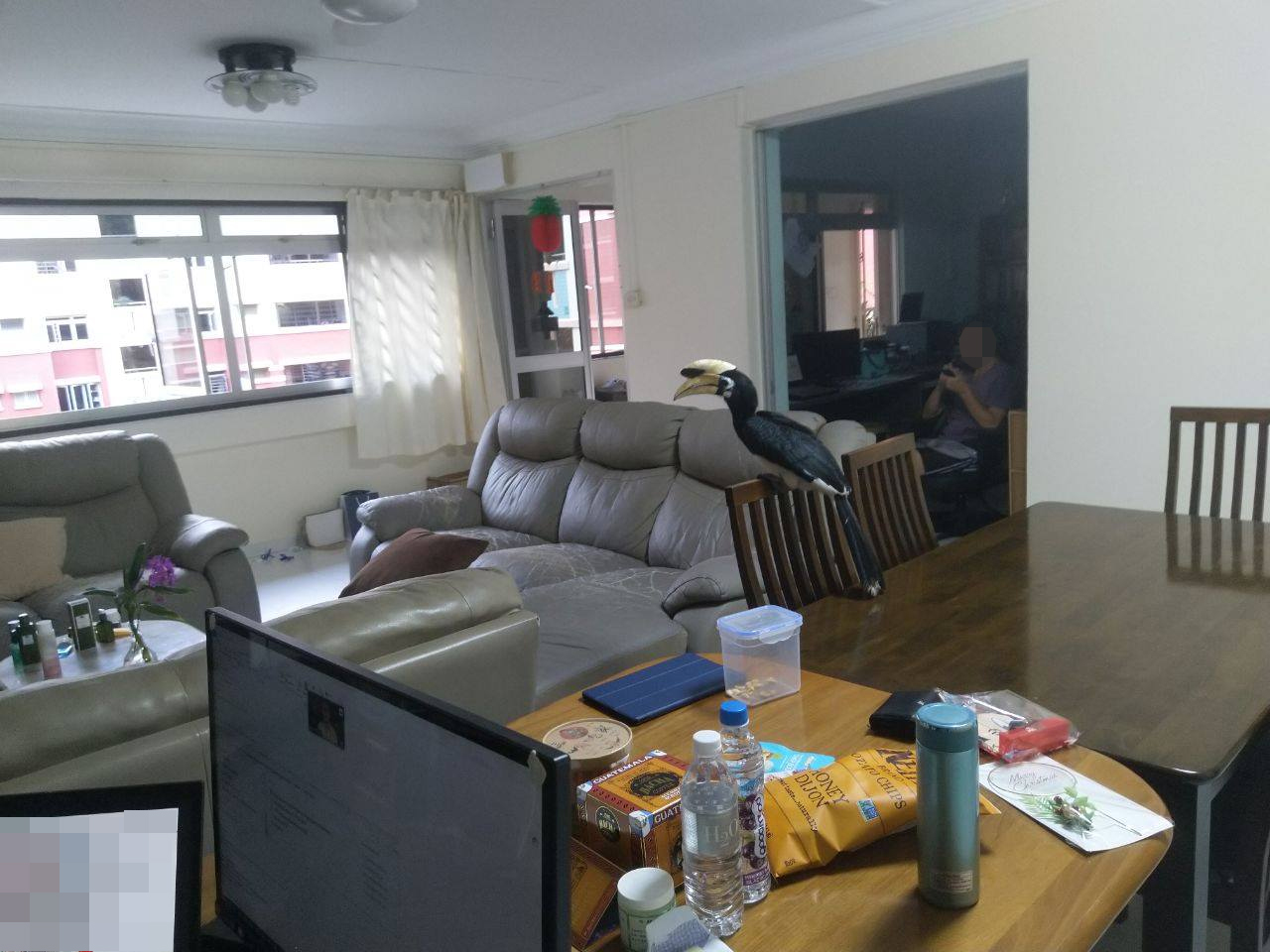 But of course, it remembered to leave one final ‘gift’ for the family on the dining table.

Then came every host’s least favourite part — the cleanup.

The hornbills were less than courteous about the mess they left — it was a little “sh*tty” to say the least. 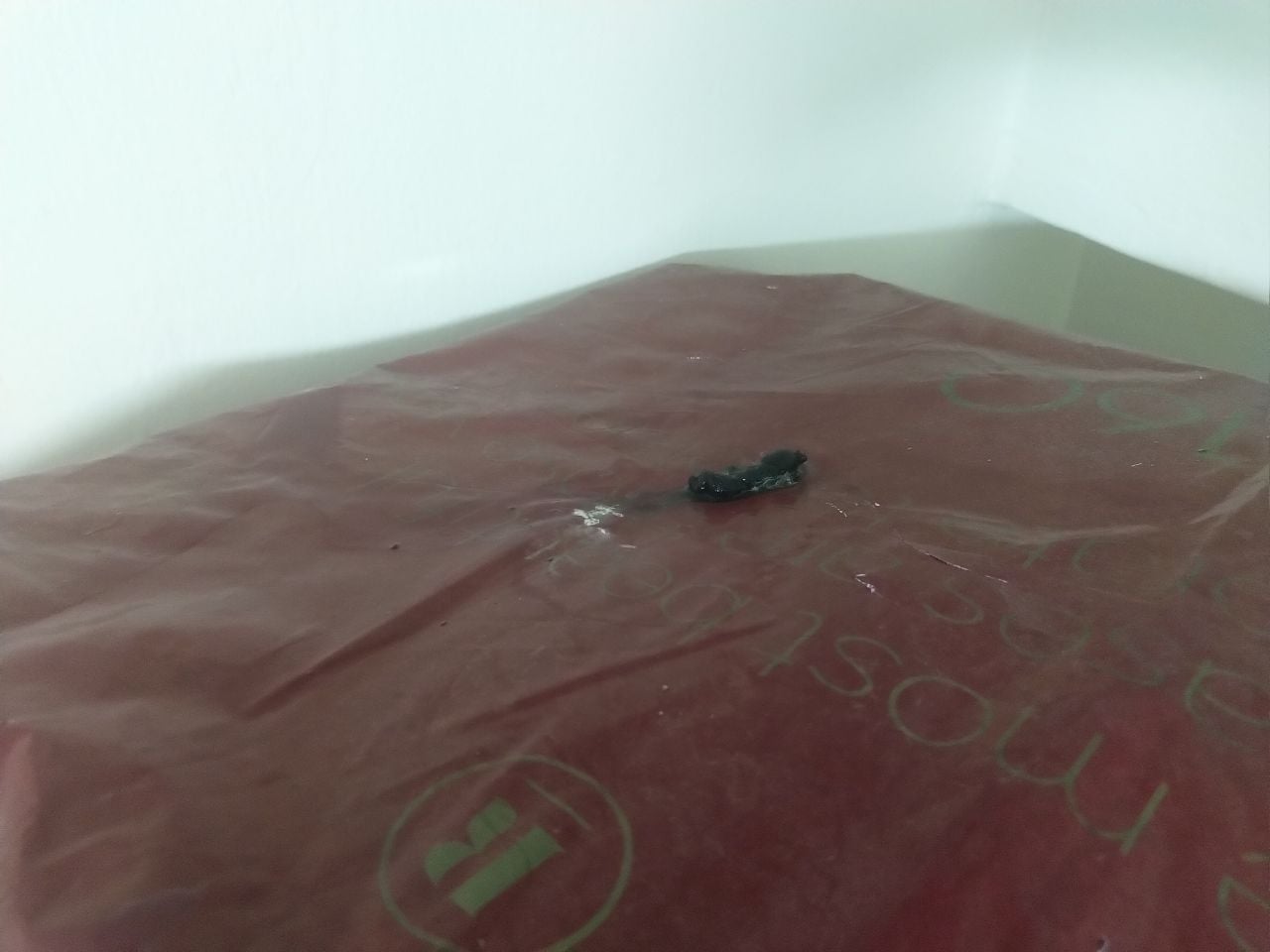 Even walls were stained with bird droppings. Speaking to MS News, the netizen shares that family spent about 3 hours doing a cleaning up after the ‘visit’. 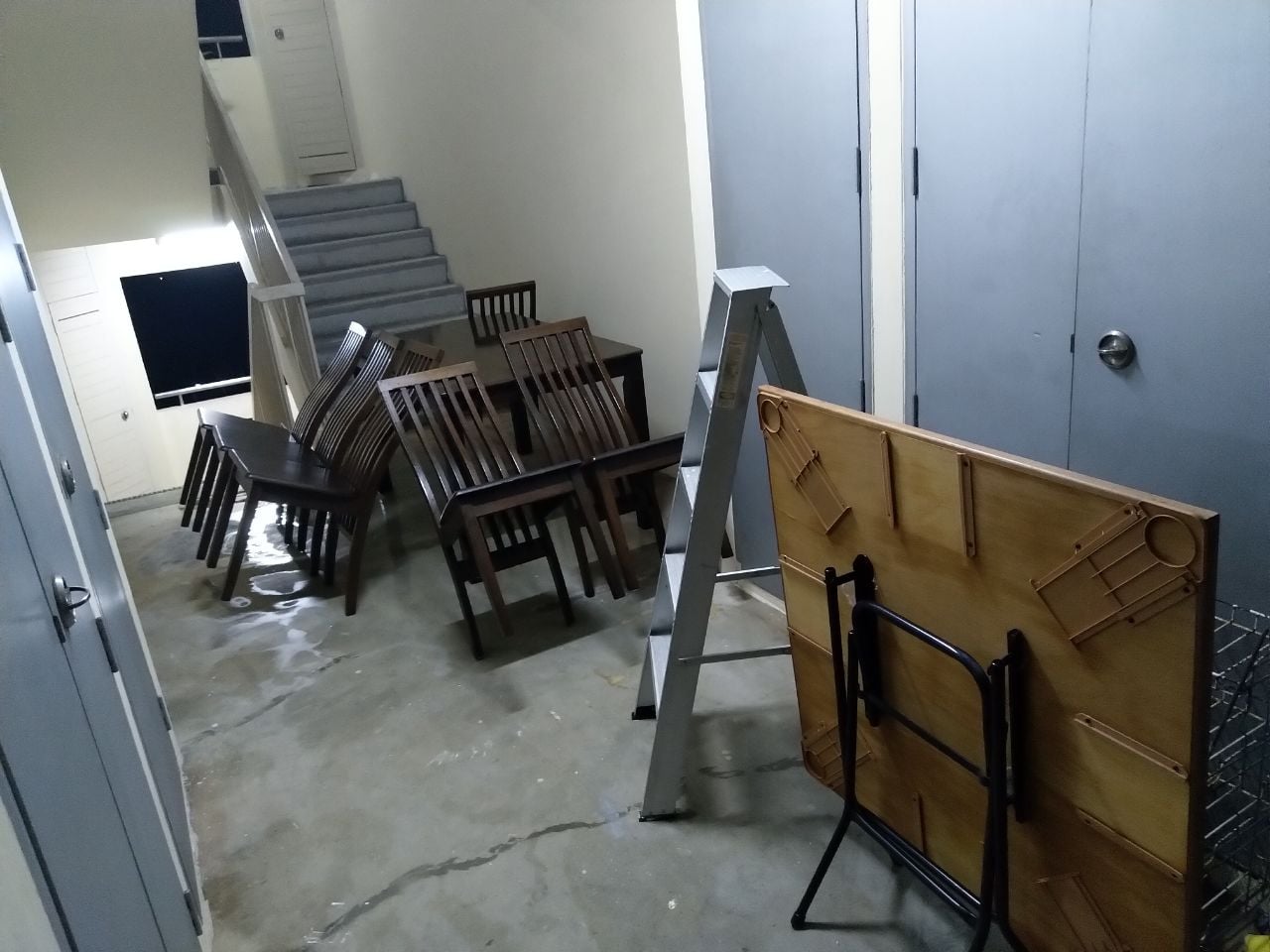 Despite their best efforts, the smell of bird droppings lingered in their living room.

Could be linked to the clearing of forests nearby

The netizen said that the hornbills’ visit could be linked to the cutting down of trees – just opposite the family’s house – for BTO developments. 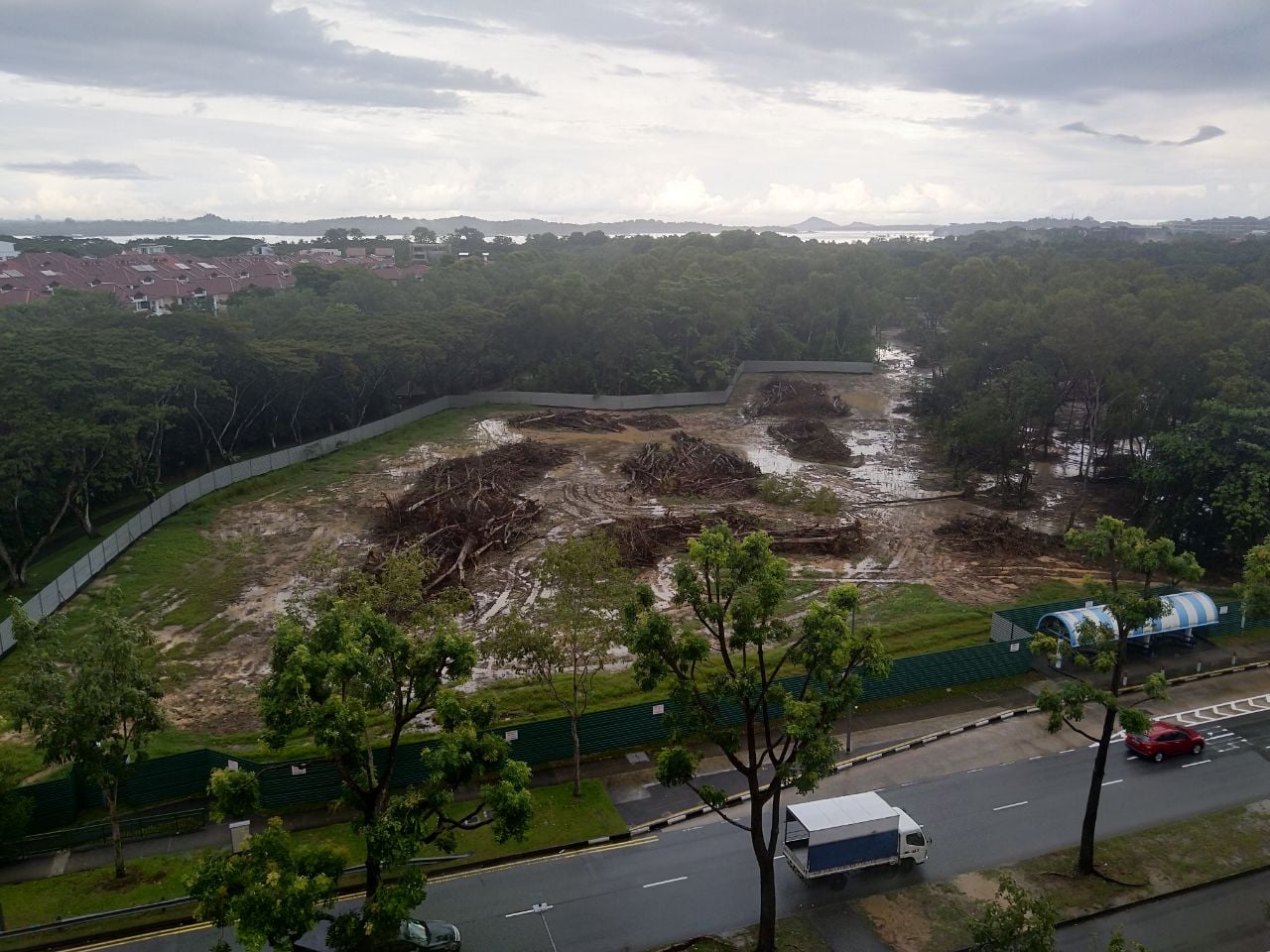 With their homes being taken away from them, the netizen wrote that this might lead to them paying more visits to our homes.

Although it is a once-in-a-lifetime experience to have a pair of hornbills pay you a home visit, this encounter certainly showed us that it might not be so fly after all.

We hope the netizen and his family eventually manage to get rid of the foul smell and the stains that the birds left behind.