Hornbill Steals Bra From S’pore Condo, Leaves It Lying In The Middle Of The Road 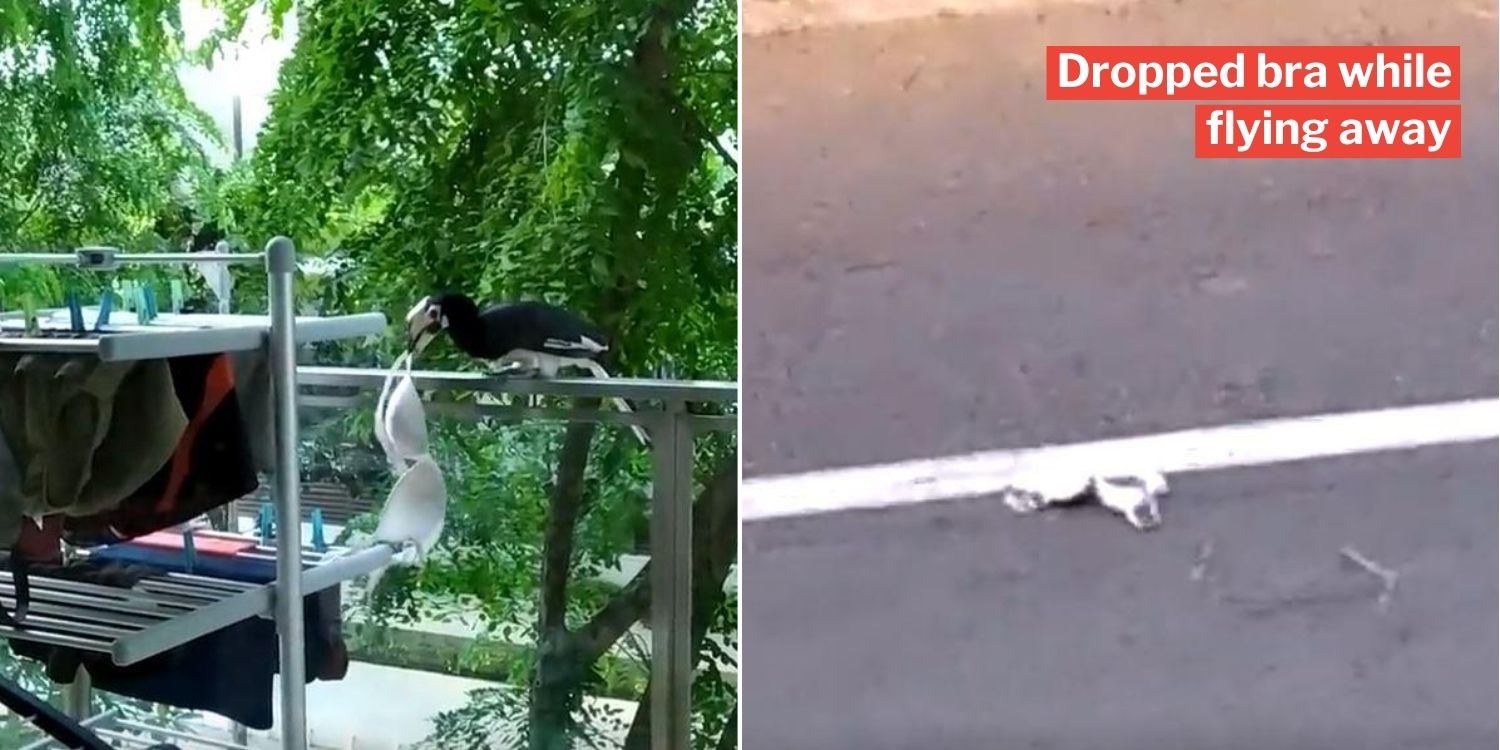 The fact that women spend a lot on shopping is nothing new, but what some men may not know is a lot of it is on essentials like feminine hygiene products and intimates.

A particular hornbill that was probably more aware of the value of a bra than most decided to take a chance one day.

Spotting one hanging precariously from a clothes rack at a condominium balcony, the majestic bird went straight for the kill.

Certain animals may be sensitive to specific sounds, scents or colours, triggering a reflex action unique to them.

We don’t know what sparked this hornbill’s reaction, but the way it casually picked a bra off a clothes rack seemed too nonchalant.

Redditor u/indi_huntley shared a clip of the moment yesterday (23 Aug), which gained over 5,000 upvotes on the AnimalsBeingJerks subreddit. 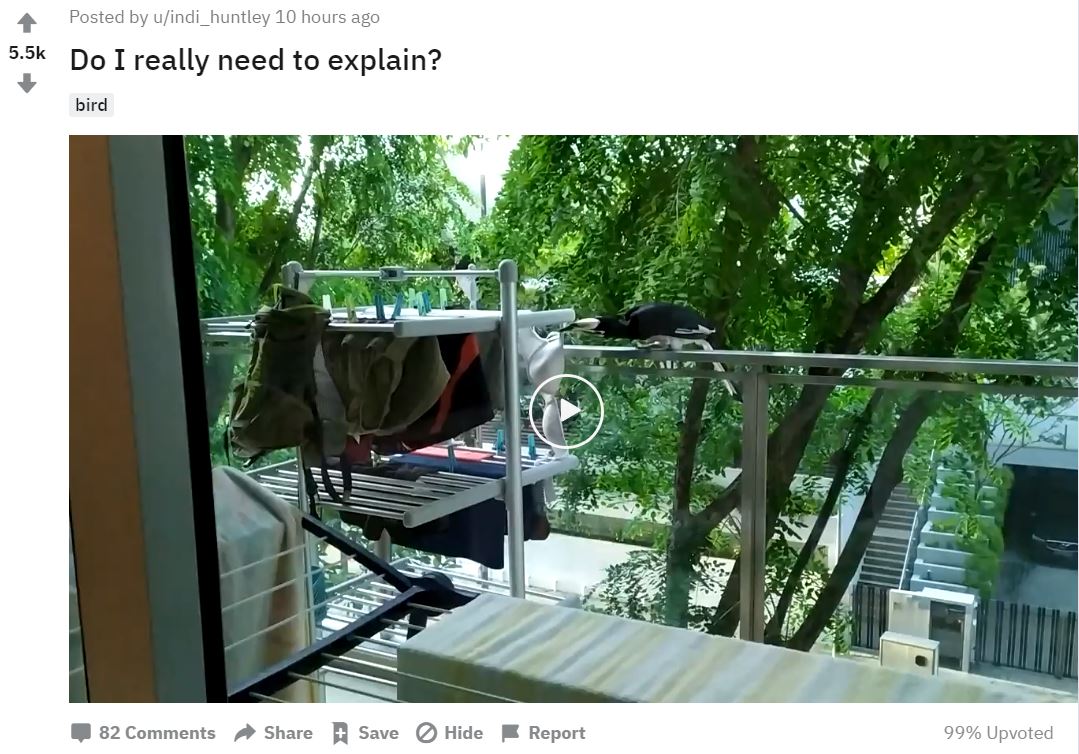 As it perched on the condo balcony ledge, the bird leaned in and craftily used its beak to hook the bra off the rack, before flying away. You can watch the full video here.

Leaves bra on the road after making escape

At this juncture, the person behind the camera and others in the room were already panicking, rushing over to save the piece of clothing.

But alas, the hornbill was too quick, and already up in the air with the loot in its beak.

Thankfully, the bra wasn’t airborne for long as the hornbill appeared to have dropped it just seconds later, in the middle of the road. 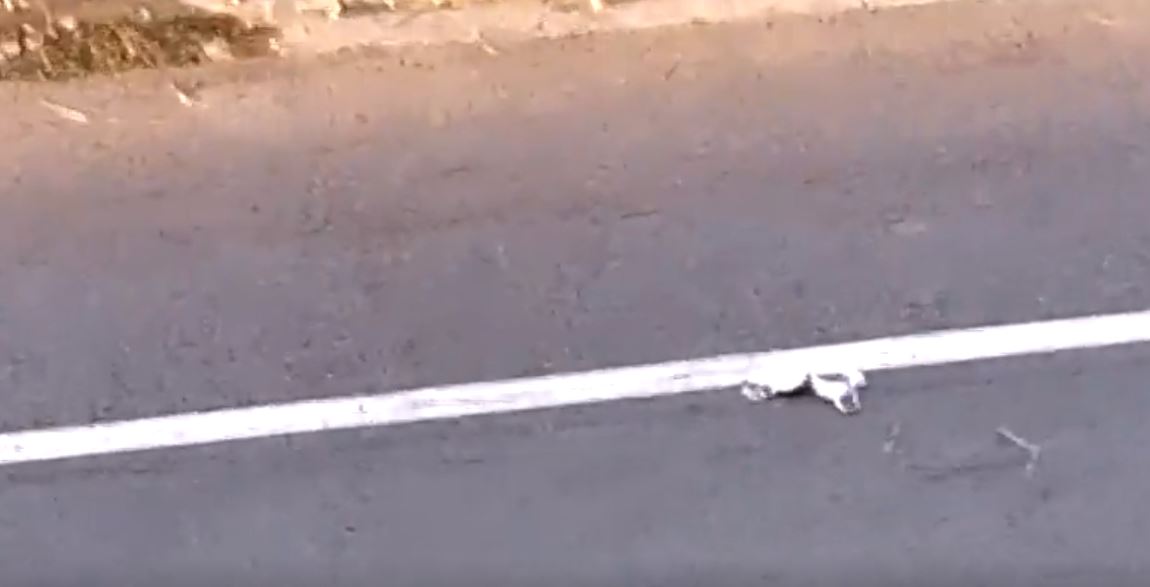 At least the owners didn’t have to walk far since the road was right in front of their home.

The original poster confirmed that the incident occurred in Singapore, in response to a comment clarifying the bird species.

An unfortunate but amusing encounter

To have your personal belonging stolen by a bird no less must be quite unnerving.

However, we’re sure the residents had a good laugh from the incident.

Inconvenience aside, seeing the rare hornbill up close must have been truly fascinating and memorable for everyone.