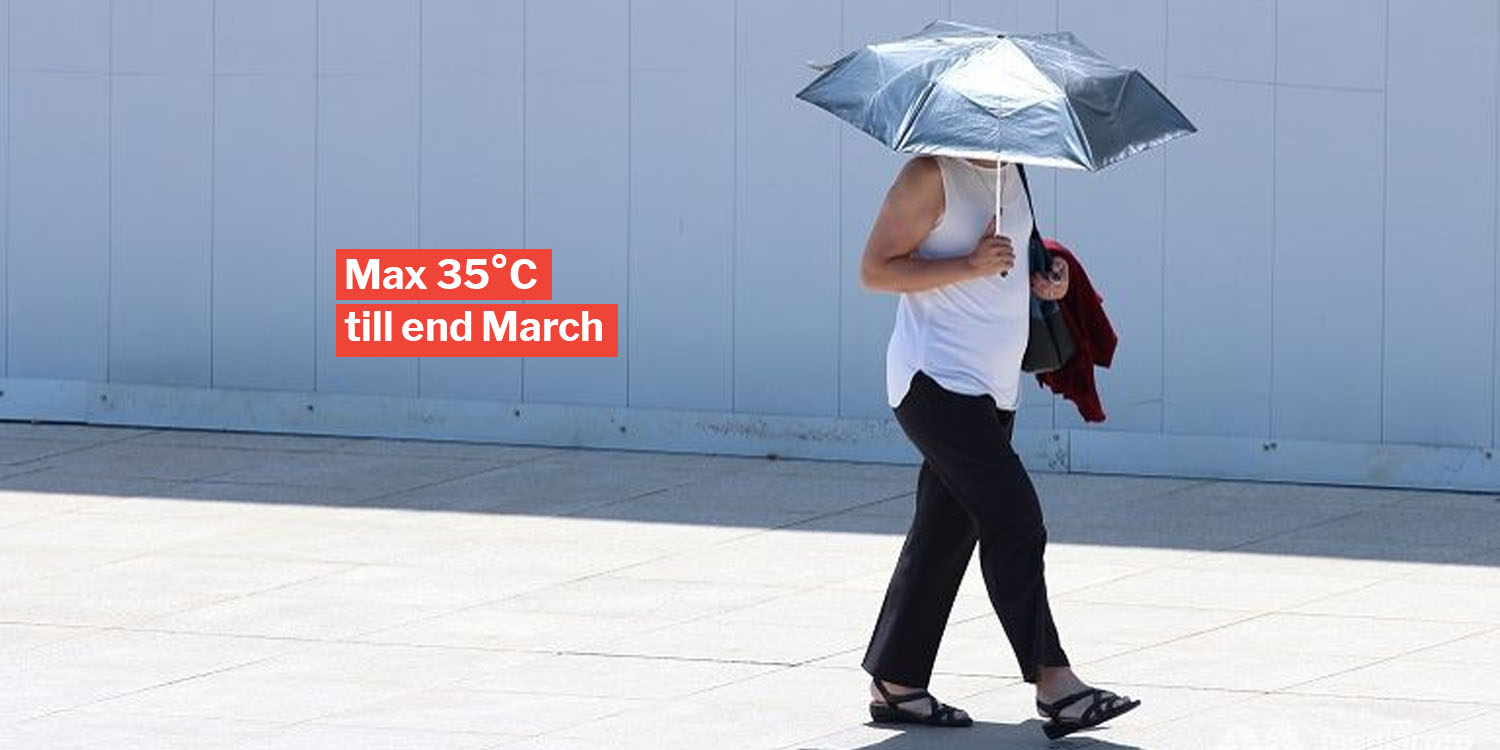 Have you been feeling very hot and bothered lately?

You may be aware of the dry spell in March, but you probably don’t know that it’s gonna last longer than expected.

The Meteorological Service Singapore (MSS) announced on Friday (15 Mar) that the crazy hot weather is here to stay for another week.

Maximum 35°C temperature on days with no rain

We’ve experienced rain this month, but the instances were so few and far between that they felt like fleeting dreams.

MSS predicts daily temperatures to range between 24°C and 34°C in the second half of March, with a high of 35°C on days with no rain.

So don’t be surprised if you see many sweaty people around. It’s because of the lack of showers — as in rain, though we can’t speak for the other type.

But you won’t have to hold your breaths for so long as rain could be coming in the last week of March.

You can look forward to “thundery showers on most days in the afternoon”, with some lasting till the evening.

There might even be one or two occasions of heavy rain accompanied by strong gusts of wind blowing across Singapore.

The end of March is about a week away, so you’ll only have to put up with the heat for a little while longer.

In the meantime, remember to drink lots of water and wear lighter clothes so you won’t suffocate in the heat.

Just a little longer before you can switch out the tank tops for fashionable jackets and other layered ensembles.