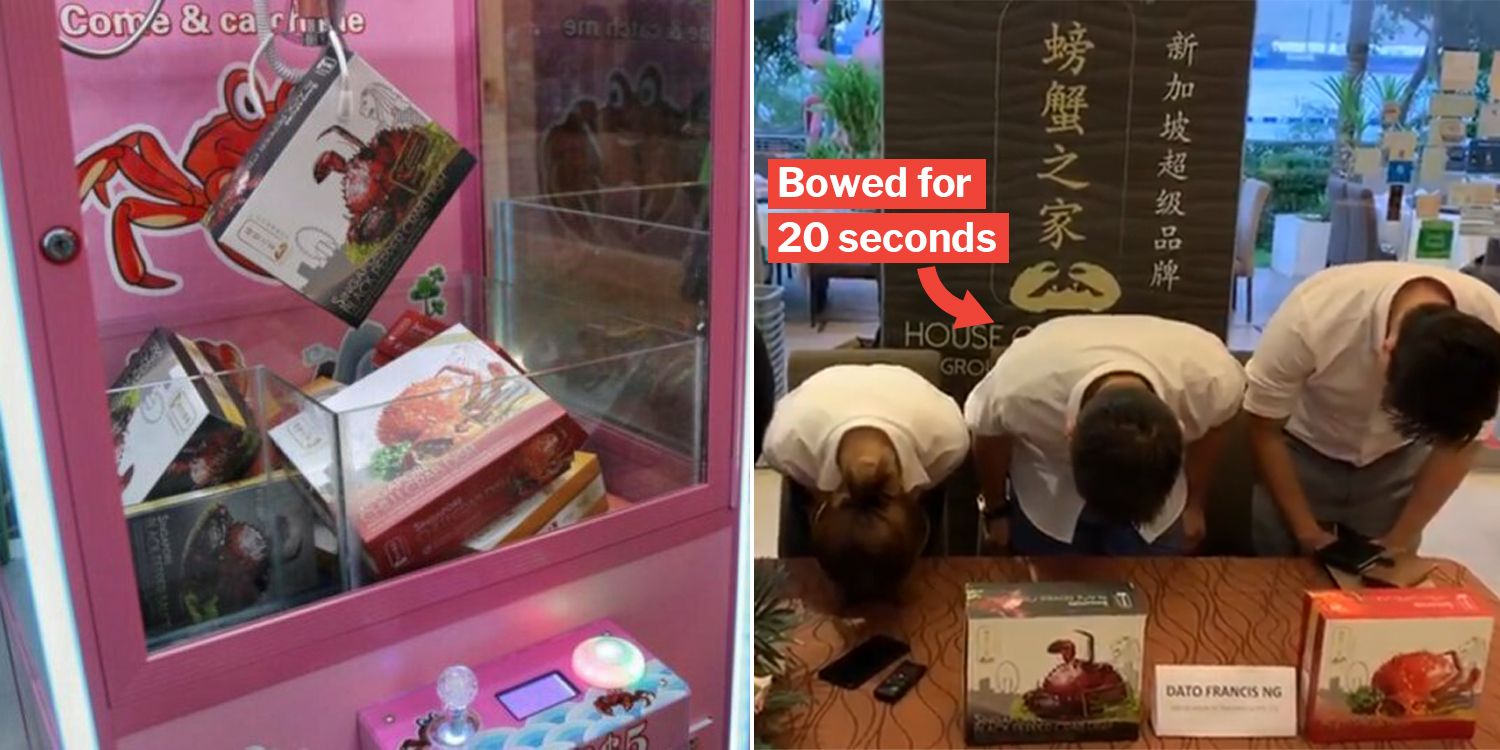 The staff bowed for about 20 seconds.

The CEO of a seafood restaurant caught in a controversy over placing live crabs in a claw machine for customers to catch has formally apologised.

This move comes after House of Seafood published an apology Thursday (24 Oct) on Facebook.

In a display of remorse during a press conference held on Friday (25 Oct), staff members bowed for approximately 20 seconds.

The CEO and staff at House of Seafood restaurant in Punggol bowed in apology after public backlash over its use of a live crab claw machine https://t.co/GMxlTr3N5m

CEO and founder Mr Francis Ng was on hand to address reporters as well.

The company repeated their stance on the claw machine — that it was made for educational purposes.

Similarly to the apology posted on Facebook, Mr Ng addressed the House of Seafood’s supposed desire to educate and allow people to release crabs into the ocean after catching them.

Here’s a screenshot of his written apology published on Thursday (24 Oct). 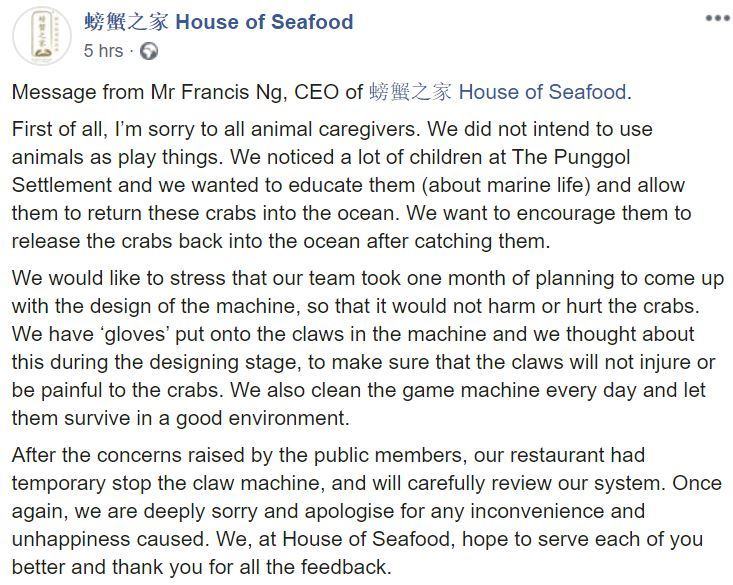 This is even though prior Facebook postings about the machine do not indicate any educational purpose.

Mr Ng announced the death of the live crab claw machine idea, even though some customers have asked for their return.

He was quoted by CNA as saying,

If I didn’t know it would cause such a big issue, I think it’s a good idea. But after this incident, I think no more, because it’s caused such a big hoo-hah.

As an animal lover himself, Mr Ng said he understood where the people who opposed the idea were coming from.

This impact to me is very great. I will take care of their feelings.

In substitute of live crabs, the machine will be filled with empty boxes instead, which when captured, can be redeemed for ready-to-eat crab products at the restaurant.

The new idea is shown in this picture taken by @bestrestoeat on Twitter. 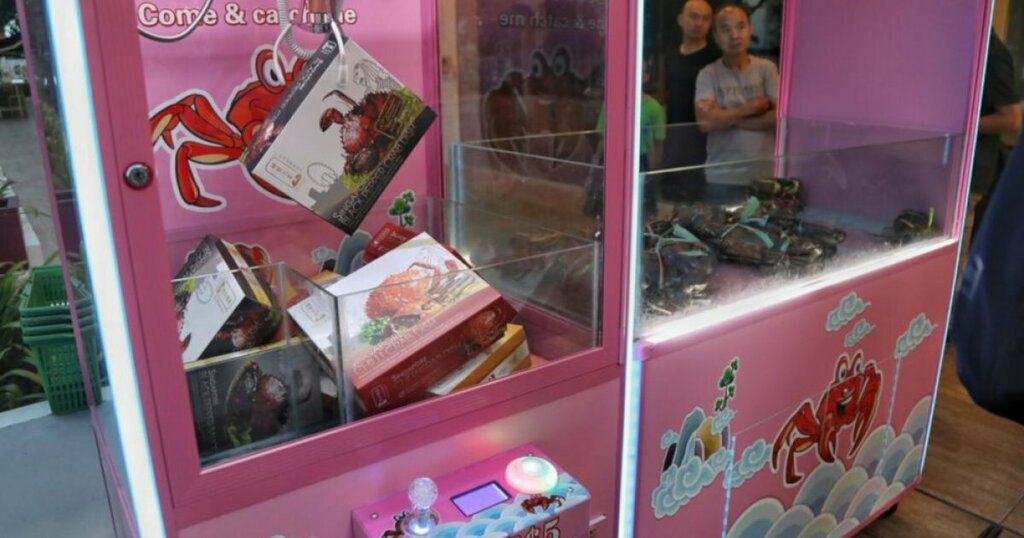 Even if claw machine won’t have live crabs, excuses are unacceptable

While the company continues their damage control, their excuses over the original intention of the claw machine are falling flat.

We’re still not convinced that the claw machine’s intended purpose was to “educate”, as they had repeatedly said. The least they could do is admit their mistake outright and not stick to half-baked excuses.

The apologies are always going to feel hollow if management aren’t going to be honest about the true intention of the claw machine — a marketing gimmick to bring customers to the restaurant.

Let’s be real, fishing boxed products or live crabs out of a claw machine isn’t really going to educate anyone.