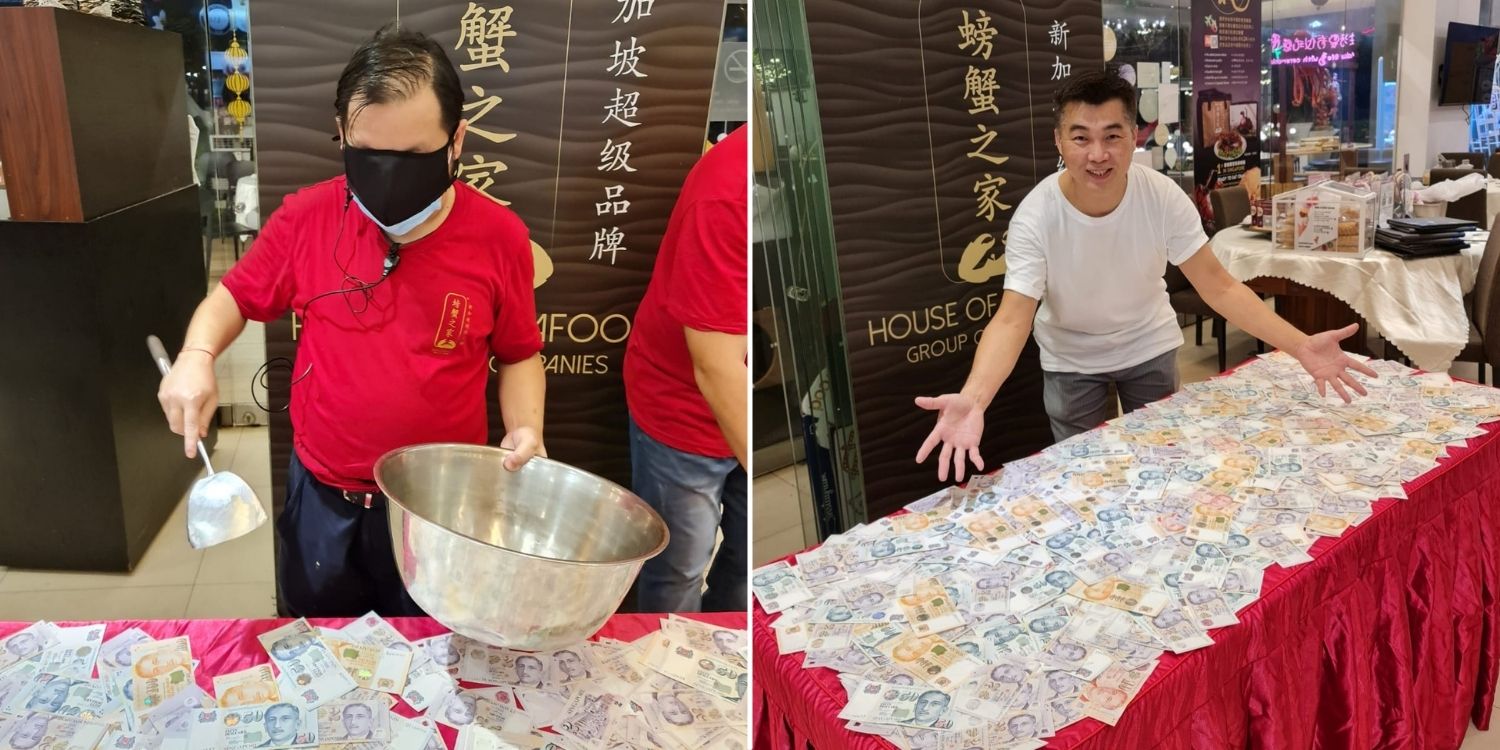 Whatever you scoop is yours.

The backbone of any restaurant is the staff that run the operations for numerous hungry patrons.

Seeing that we’ve survived another difficult pandemic year, House of Seafood has creatively rewarded their staff for sticking with them during tough times.

Taking notes from the viral blindfold scooping game, House of Seafood’s CEO, Mr Francis Ng, laid out $33,888 in cash on the table and had his staff try their luck at bagging their own angbao. 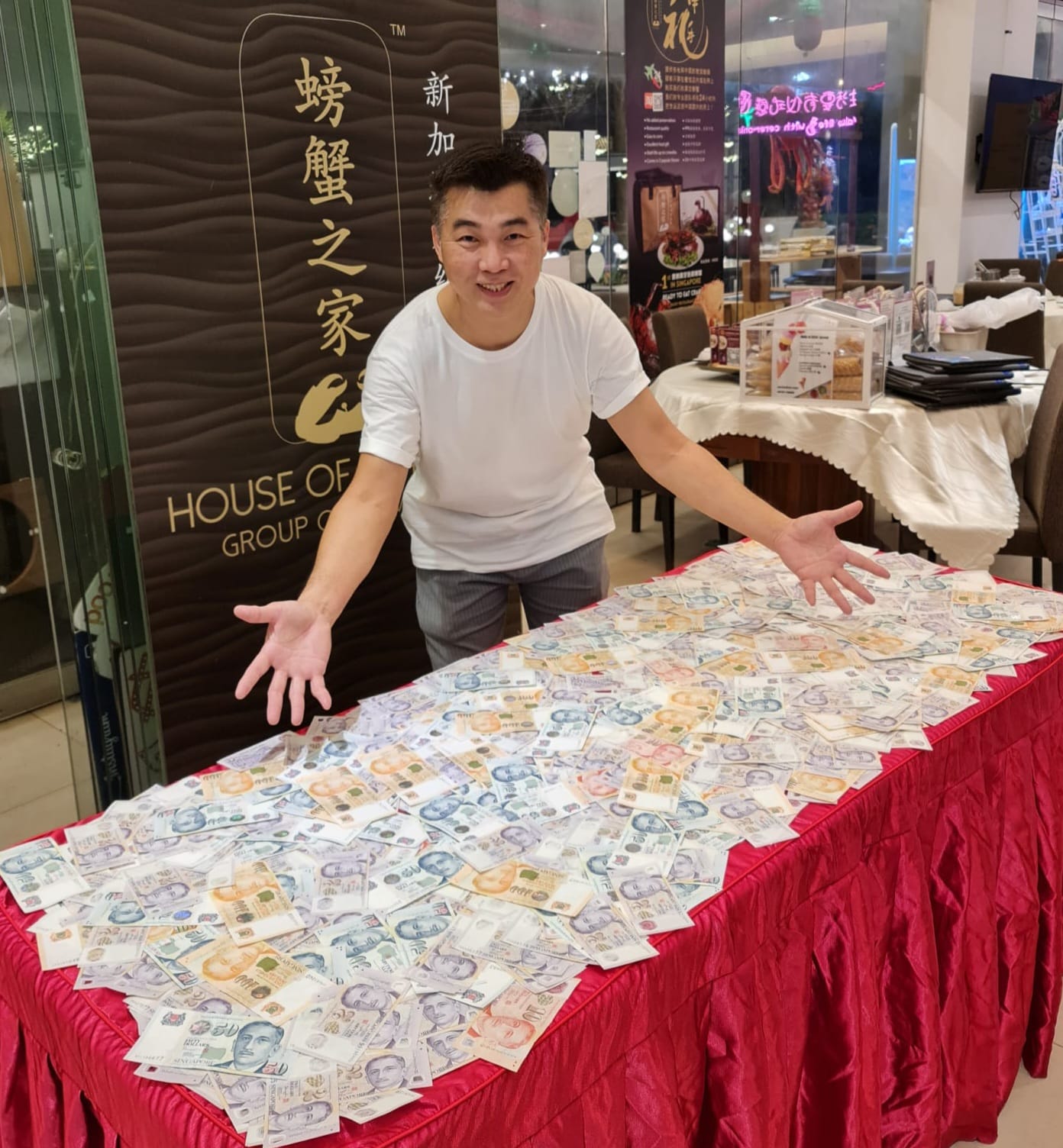 Image courtesy of House of Seafood

Their due rewards aside, he hopes that the activity will boost the staff’s morale during the Chinese New Year period.

Staff will scoop for their angbao while blindfolded

In a press release on Friday (4 Feb), House of Seafood shared that Mr Ng had come up with the idea to reward their staff with extra angbao money this CNY.

To do that, he decided to allow them to scoop dollar notes off a table with a spatula while blindfolded. 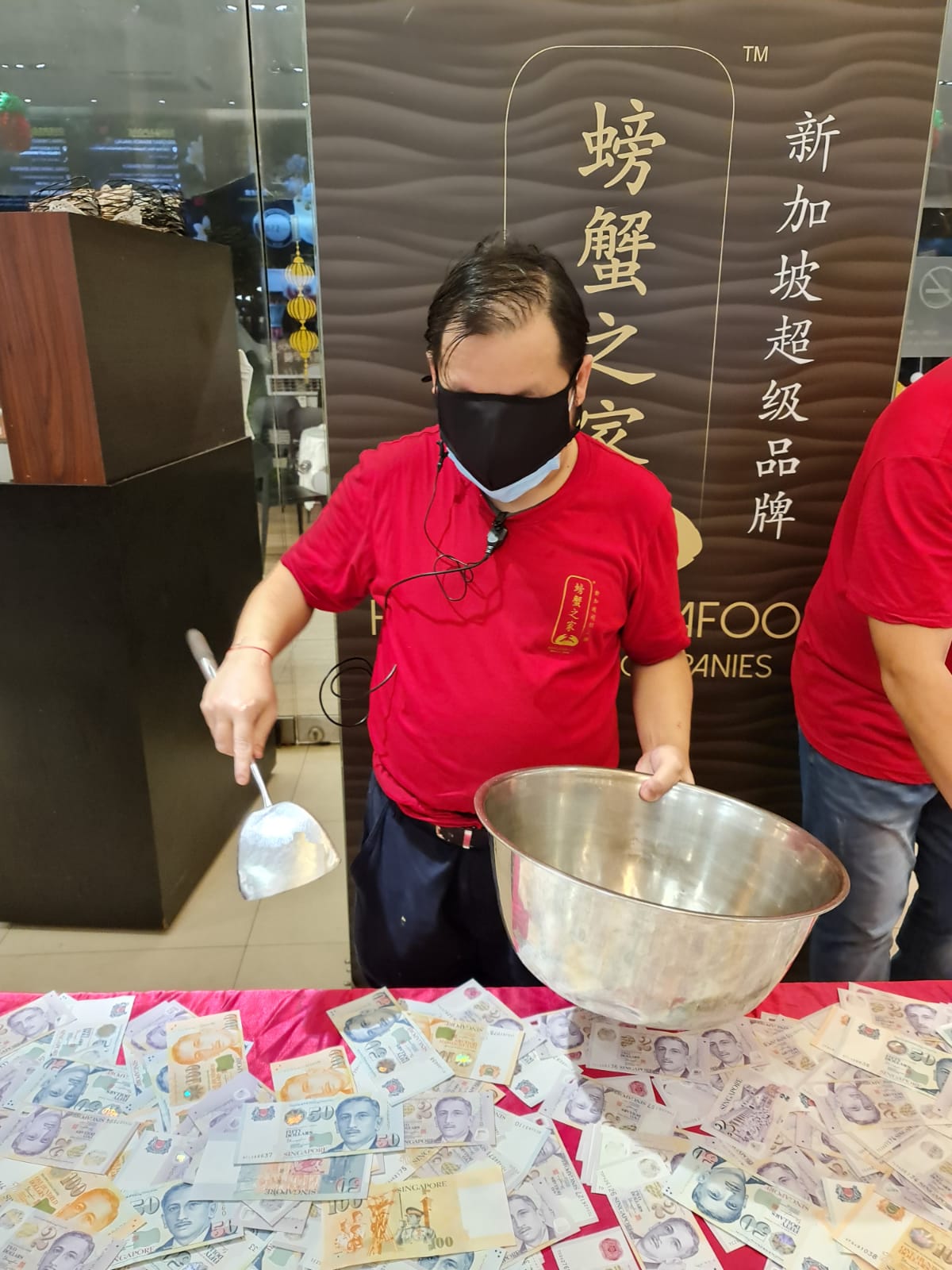 Image courtesy of House of Seafood

All the money accrued in the metal bowl they held would belong to them.

The total amount of money laid out on the table amounted to $38,888, in various denominations ranging from $2 to $100.

Despite their possibly amusing attempts, with some skill and luck, the staff could have left with a hefty angbao this year.

While the game may look like a piece of cake, many attempts on social media have proven that it’s not as easy as it seems.

Hopefully, all the staff managed to get a good share of rewards for their effort and hard work.

Whatever the outcome may have been, we hope the game lifted their spirits for CNY at the very least.