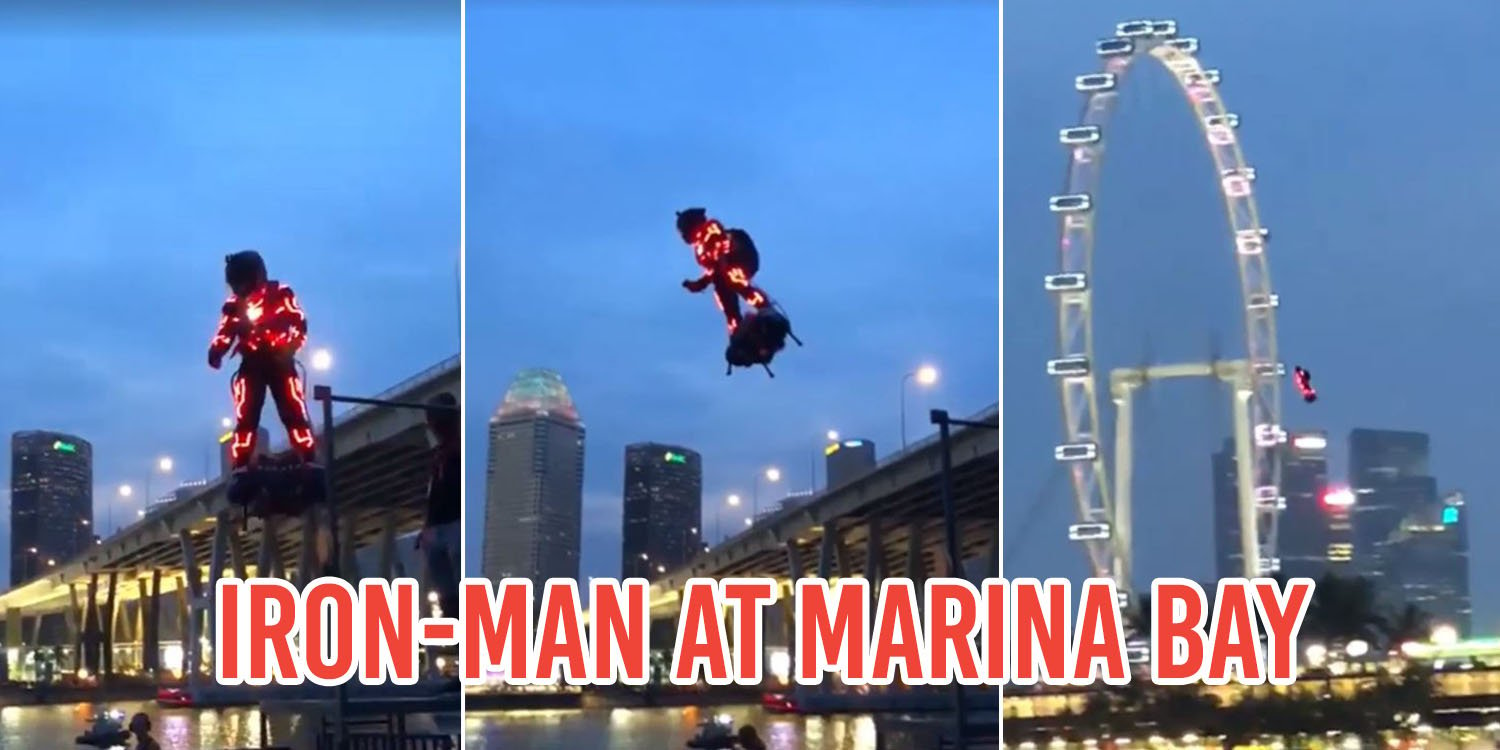 Now this is something you don’t see often in Singapore at all.

A man who’s invented a fully-functional jet hoverboard was captured surfing across Marina Bay in an insane video on 16 Sep. 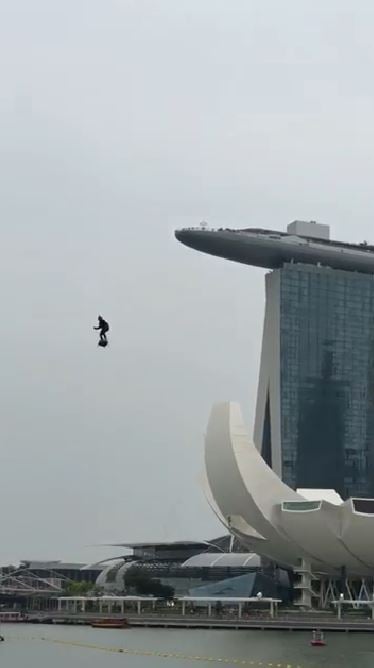 No this is not the work of sorcery, or special effects.

Turns out, our man of the hour is Franky Zapata, the creator of Flyboard® Air — a hoverboard powerful enough to allow users to glide through the air.

Is this even legal?

If the user has a license to fly the device, and a permit to perform in Singapore.

Both of which Mr Zapata presumably has, as the incredible feat captured in the video, was part of an F1 showcase over the weekend. 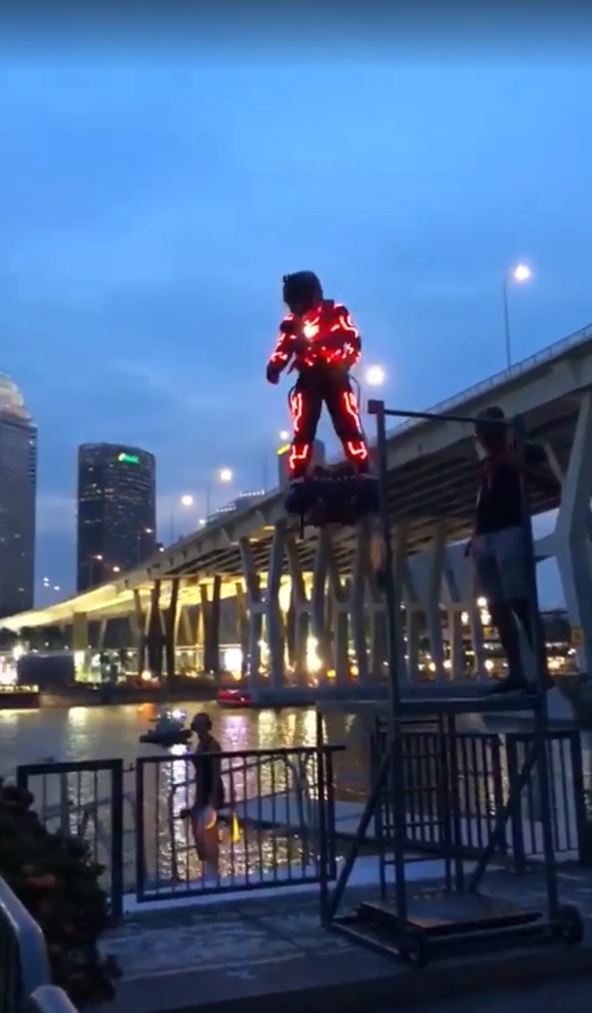 Here’re some sick screen grabs from actual footage of his performance. 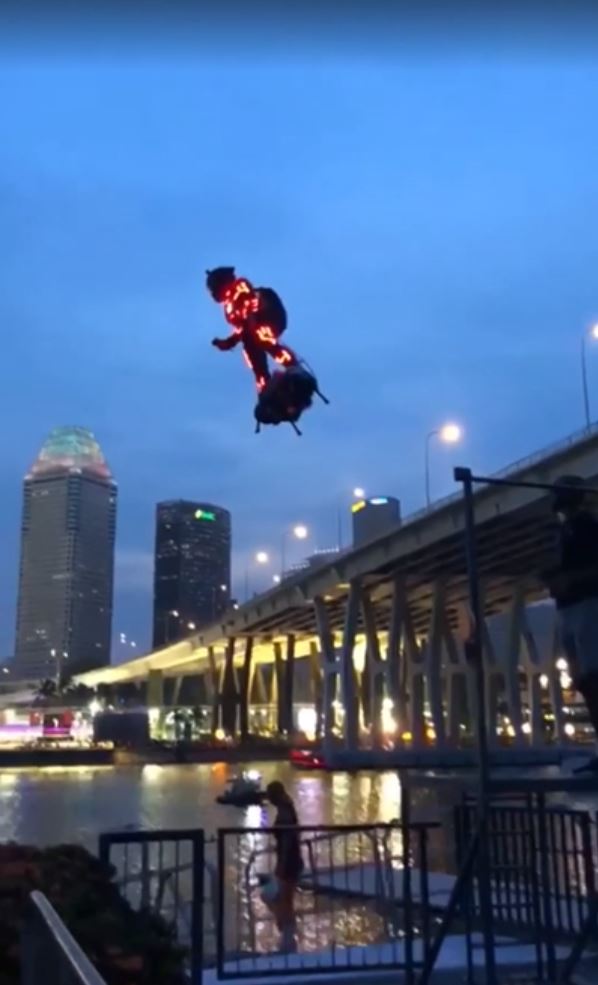 We think he looks super badass in his neon-lighted suit as he launches off into the sky just like a superhero. 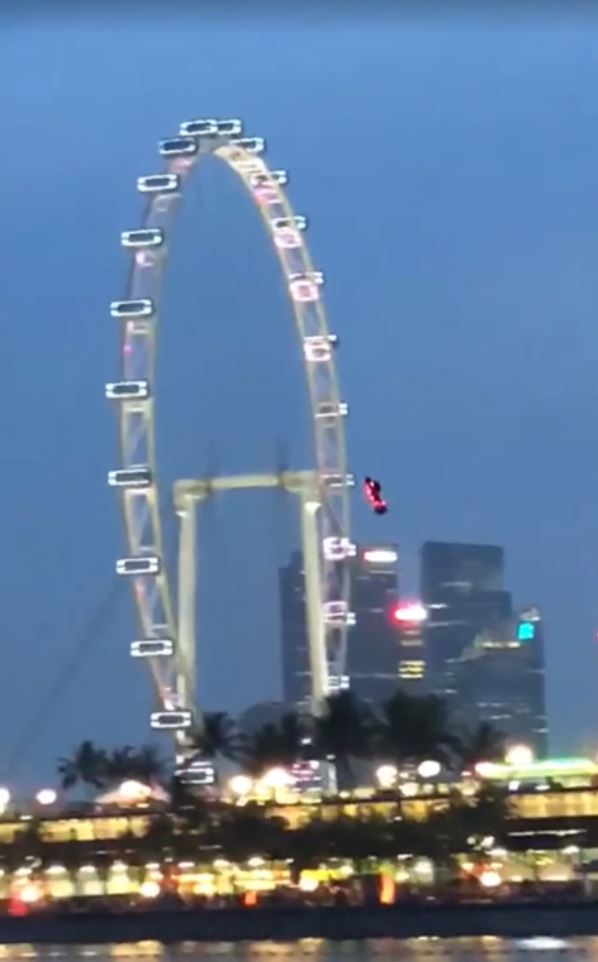 He also got up close and personal with the Singapore Flyer, as well as other landmarks.

You can catch the video in full on Reddit here.

We think Iron-Man himself would be proud of this incredible feat.

On an unrelated note, if Iron-Man’s not really your thing, perhaps Kapitan Singapura will appeal to your inner fanboy? 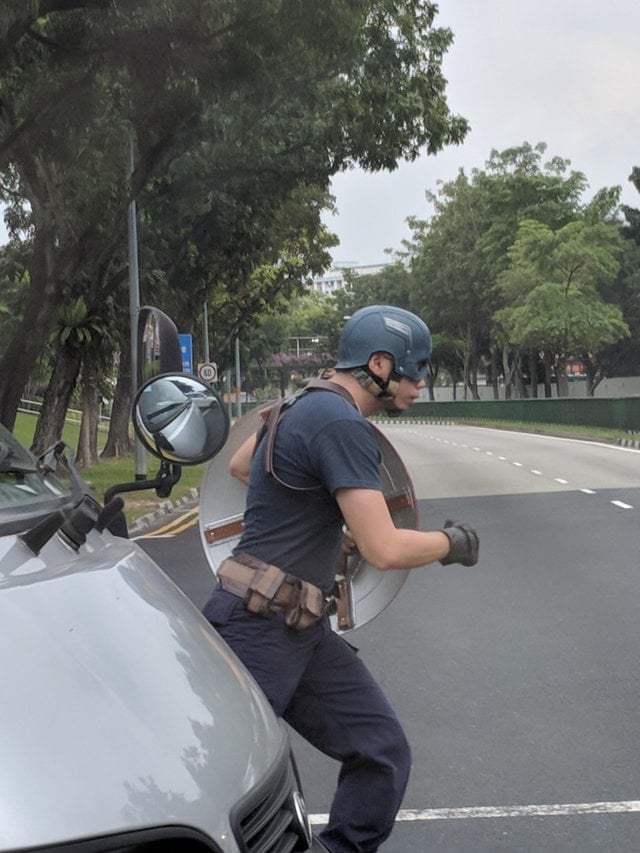 You can check out Mr Zapata’s website here, if you’re keen on checking out these hoverboards yourself.

Do note that without a proper license and permit, you probably won’t be able to fly across Marina Bay too.

But hey, at least the future’s here sooner than we thought. 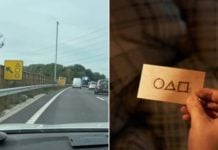 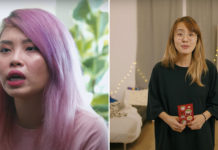 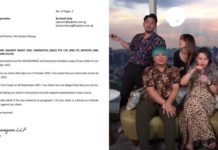