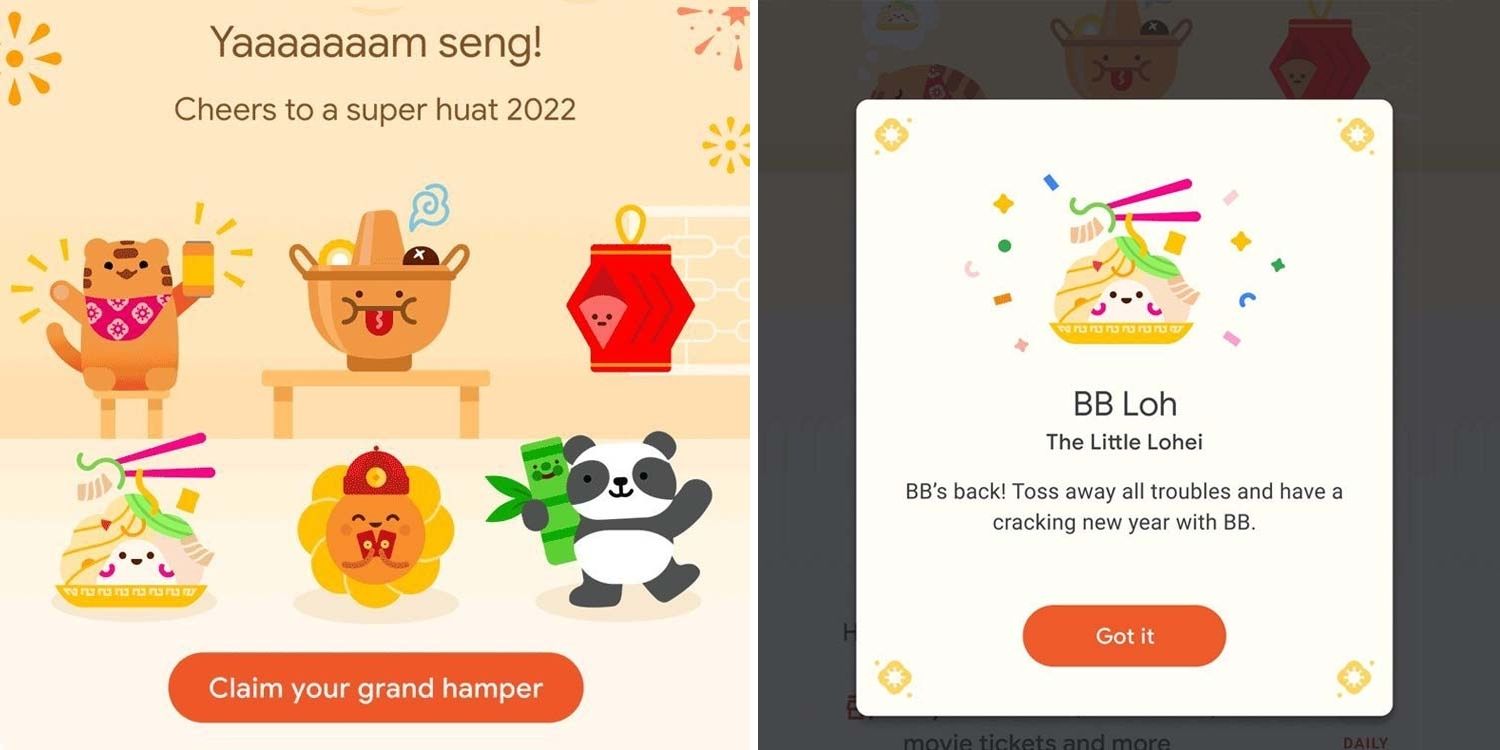 Huat Pals Characters Back On Google Pay For CNY 2022

CNY comes with many unforgettable traditions and new trends.

Last year, many of us may remember eagerly waiting to find out which Huat Pal we received on Google Pay after making a transaction.

This year, we get to relive this memory as BB Loh has returned with 5 other Huat Pals for us to collect.

But they’ll only be around from 25 Jan to 15 Feb, so you might want to get cracking ASAP.

Here’s how you can play and maximise your chances of winning that $88.88 angbao.

Collect Huat Pals & get an angbao

Similar to last year’s mechanics, players will have to help Tiggy reunite with 5 Huat Pals by collecting them.

Once all 5 have been collected, users will be rewarded with a gift hamper consisting of an angbao worth up to $88.88 and exclusive partner vouchers.

You can collect up to 5 Huat Pals a day, one from each objective they fulfil on Google Pay.

A Huat Pal comes with every transaction above $5 that you make via:

Players can also collect them by referring new users to Google Pay. Those who feel generous can even gift them to friends. 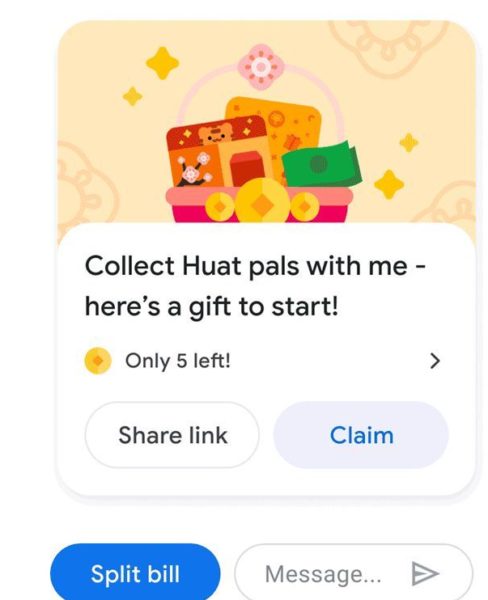 On top of the daily Huat Pals, users can earn bonus ones by achieving these milestones:

Last year’s most sought-after character was none other than BB Loh because it was so rare. 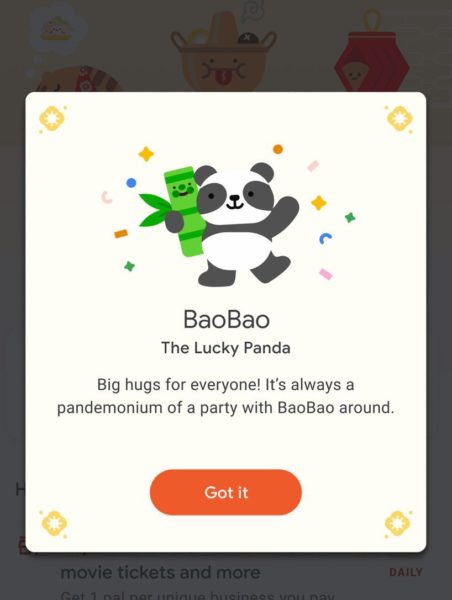 This year, the most elusive and difficult to acquire Huat Pal seems to be Bao Bao, according to our colleagues. 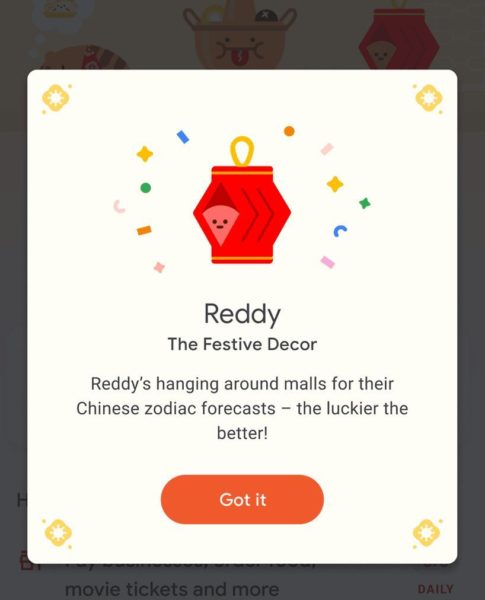 Meanwhile, Reddy is the easiest to get.

Don’t miss out on Huat Pals

Hence, it seems likely that many people will be participating this year as well.

If you don’t want to experience FOMO, make sure to start playing soon. Who knows, you might be one of the lucky few to get Bao Bao.