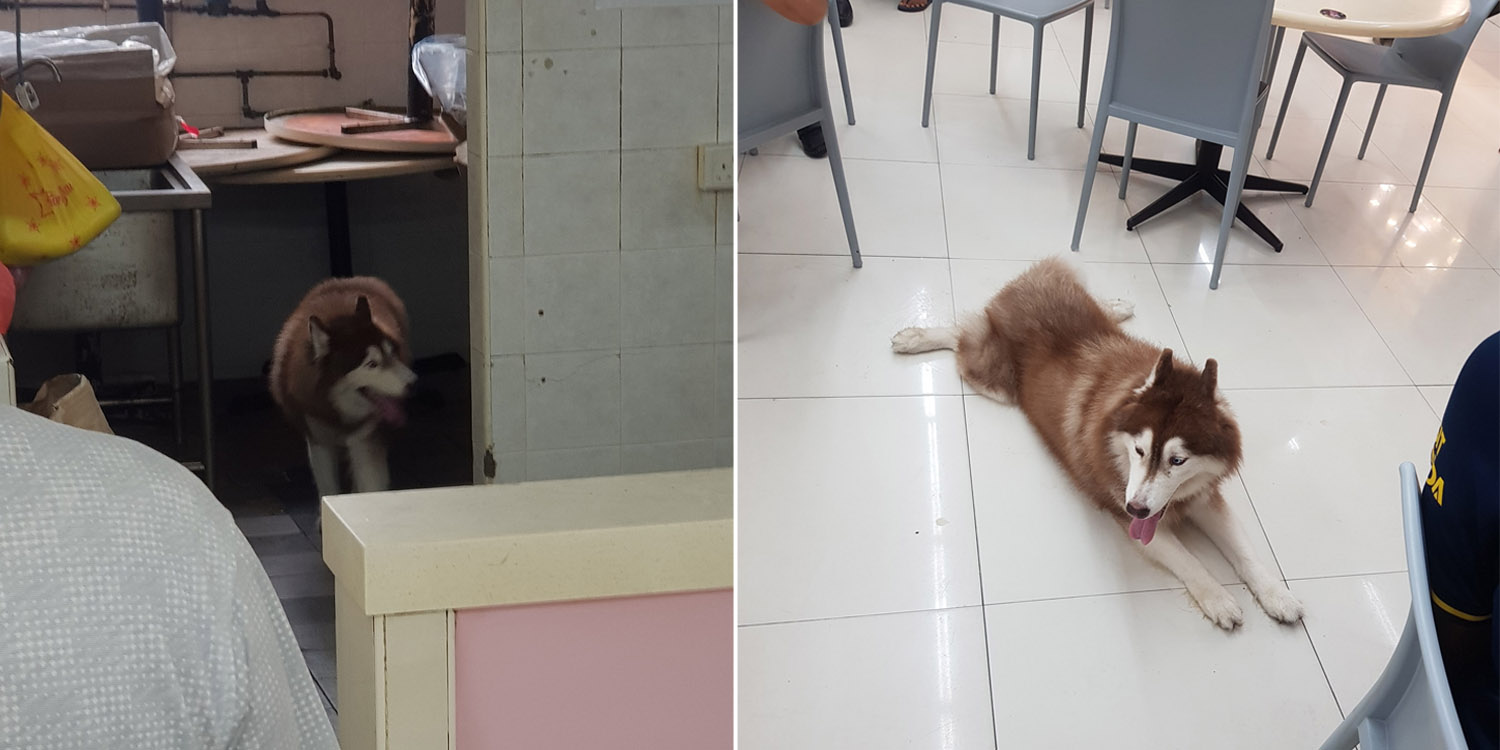 Perhaps it needed a drink to quell the heat.

Huskies are not particularly common in Singapore, perhaps due to the tough ownership rules surrounding the large canine.

They’re also not native to our sunny island, which is why we rarely see them roaming our streets.

However, on Friday (16 Apr) morning, Bukit Batok residents chilling at a neighbourhood kopitiam found themselves in the presence of a brown husky casually loitering around the stalls. 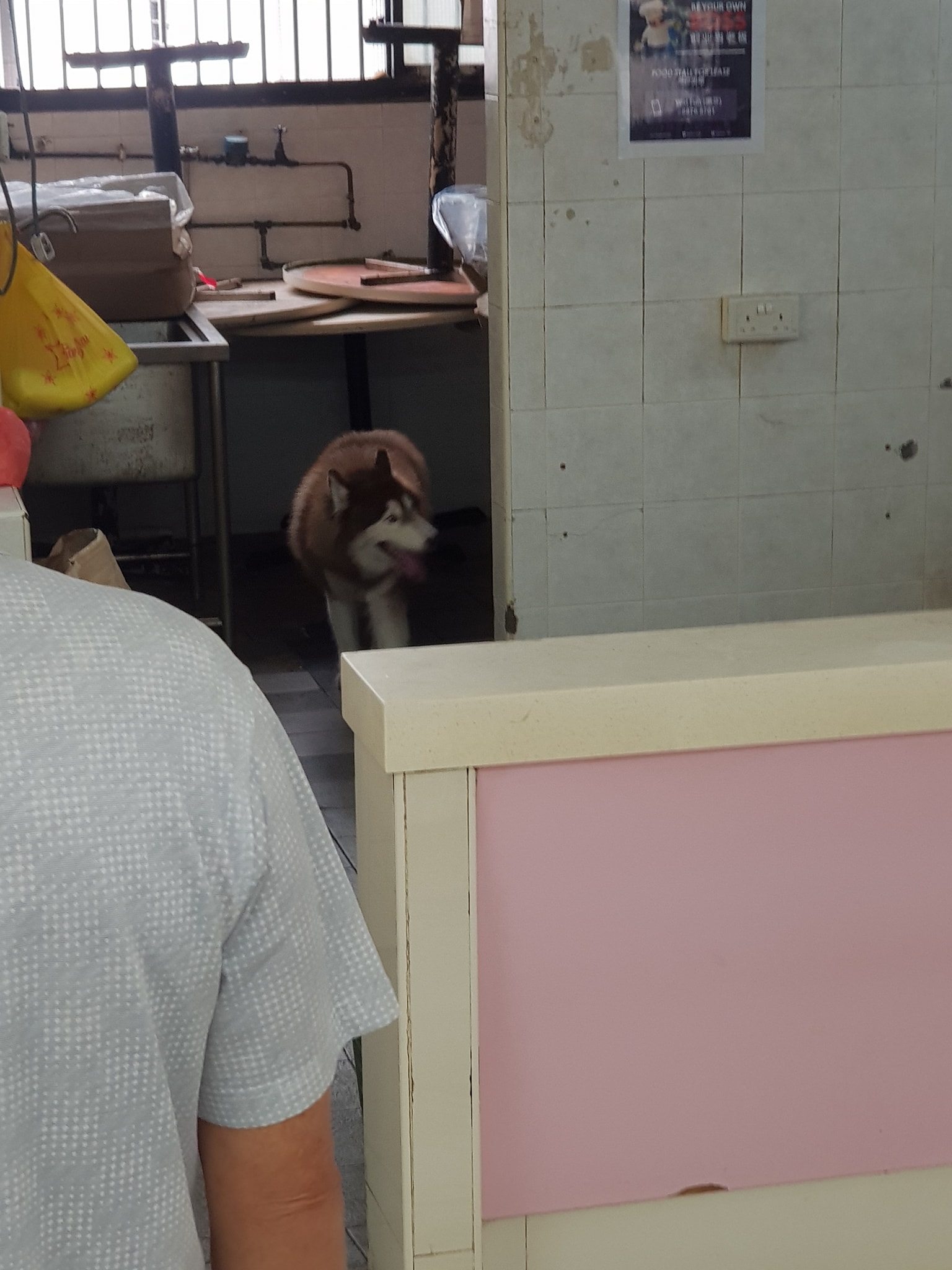 The dog caught the attention of the kopitiam patrons who soon gathered around the unusual visitor.

According to Facebook user Mr Lee, the husky was spotted loitering around a coffeeshop in Bukit Batok.

From the surroundings, the kopitiam in question appears to be the one at Block 273 Bukit Batok East Ave 4.

A photo shows the husky exploring the premises of what seems to be a vacated stall. It later ventured out to the dining area and sprawled itself on the floor. 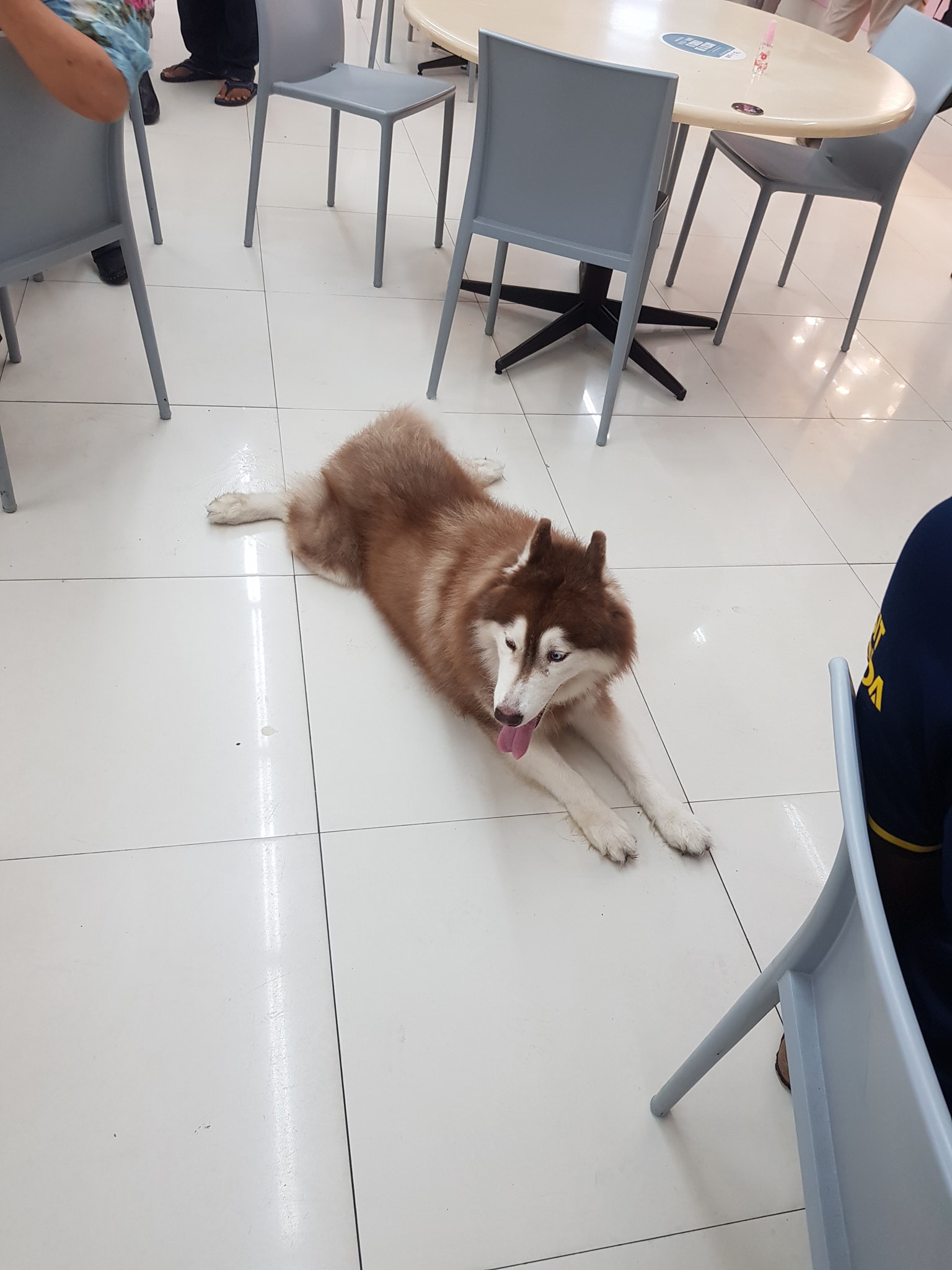 Naturally, kopitiam patrons were curious about what the dog was doing there and gathered around it. 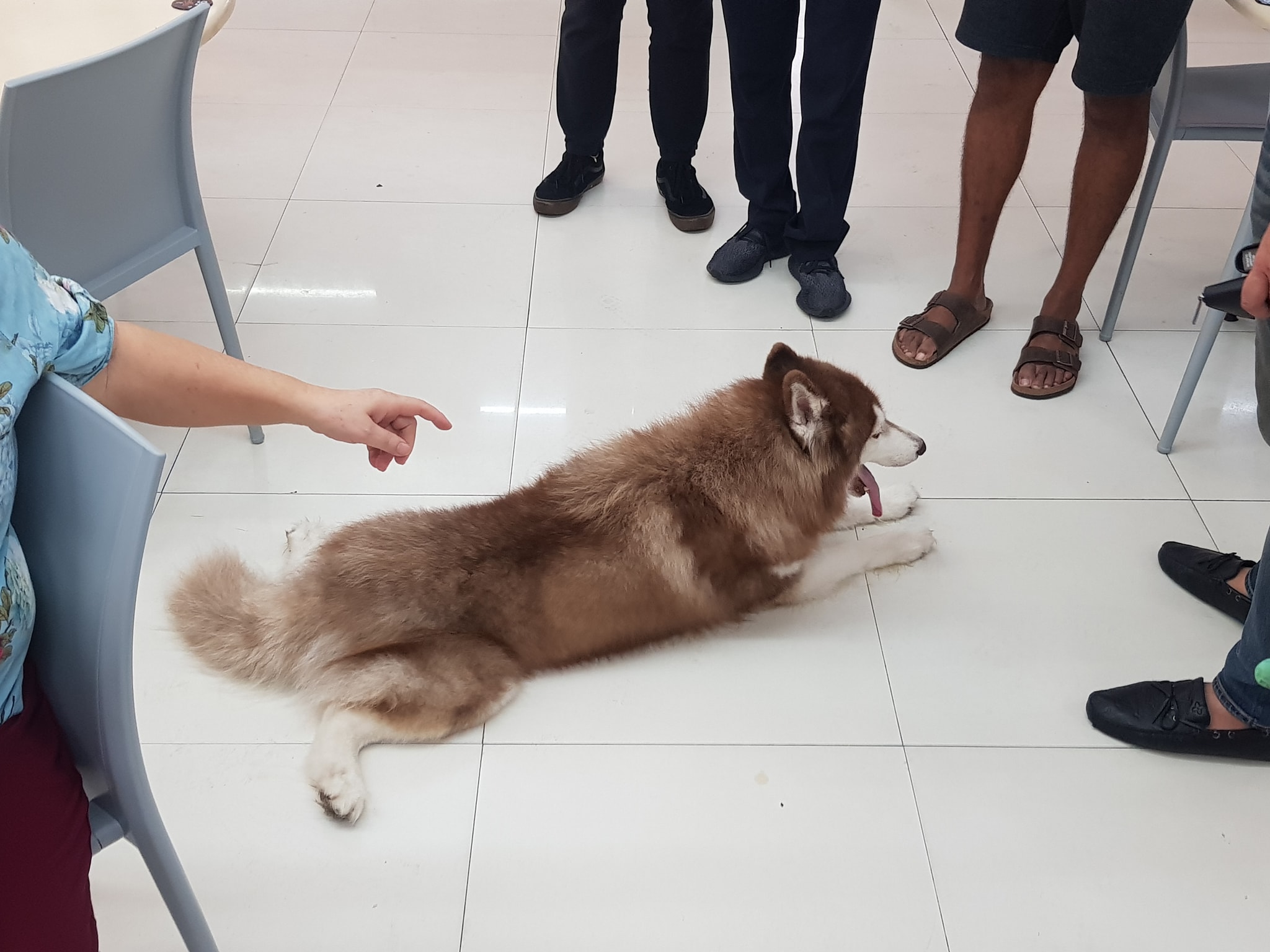 Perhaps it needed a refreshing drink given the unbearably hot weather today (16 Apr).

Husky allegedly taken away by an “old uncle”

Speaking to MS News, Mr Lee shared that an “old uncle” later brought the husky into a condominium, claiming that the owner must be staying there.

However, Mr Lee apparently got in touch with the real owner afterwards and proceeded to approach the uncle together. The husky was eventually returned to the alleged owner.

Hope the husky is safe

It’s not every day that we see a husky lepak-ing in one of our kopitiams.

We hope the man who brought it away was indeed its original owner and that the husky did not suffer any heat-related injuries as a result of its short tour of the estate.