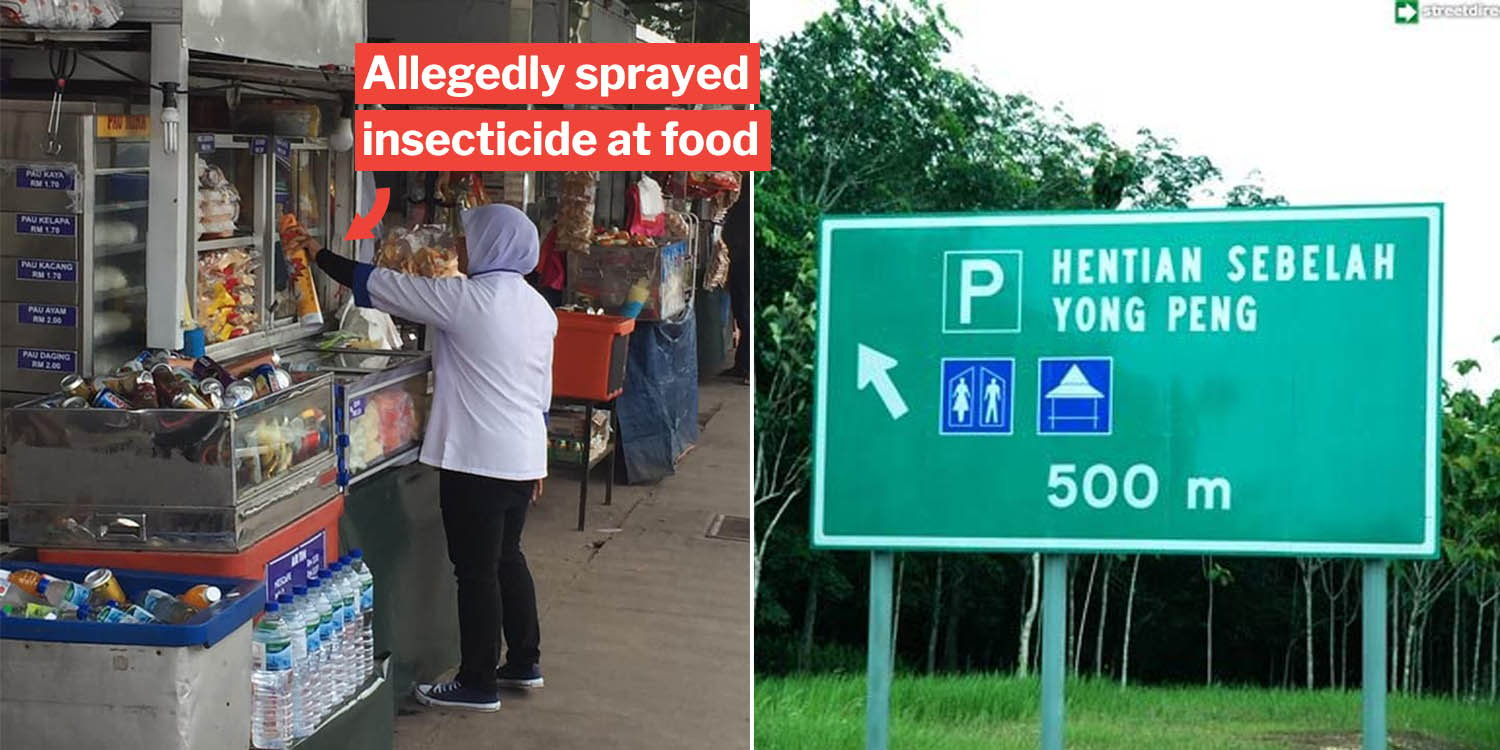 Netizens, however, are disgusted.

Keeping an eating establishment free from creepy crawlers is every stall owner’s responsibility.

But one woman from Malaysia seems to have taken her bug-exterminating mission too far.

On Thursday (7 Oct), a netizen named Alvin Tan uploaded a picture showing a woman spraying what seems to be insecticide at the food they’re selling. 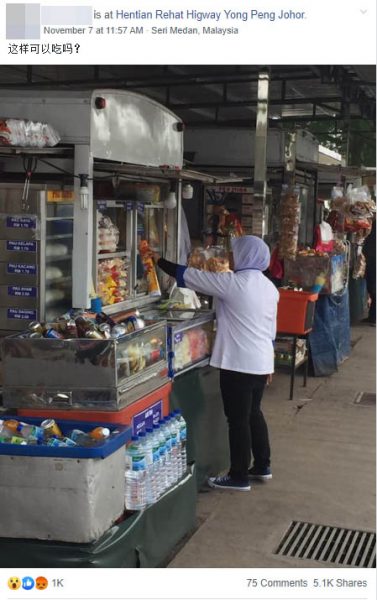 The post has garnered over 5,100 shares at the time of writing.

In the picture, a woman in a purple tudung is seen holding an orange canister and pointing it at the food they were selling. 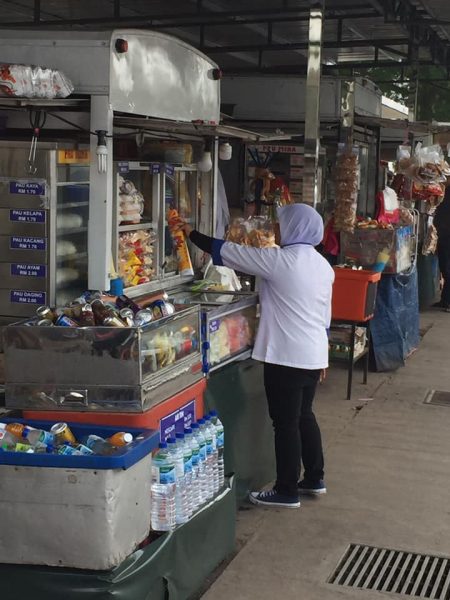 The food items were not covered, as far as we could tell.

When interviewed by China Press, Alvin – the netizen who uploaded the photo – claimed the worker sprayed insecticide numerous times in the direction of the food.

The location tag on the Facebook post suggests that the photo was taken at a rest station along the North-South Expressway in Yong Peng, Johor. 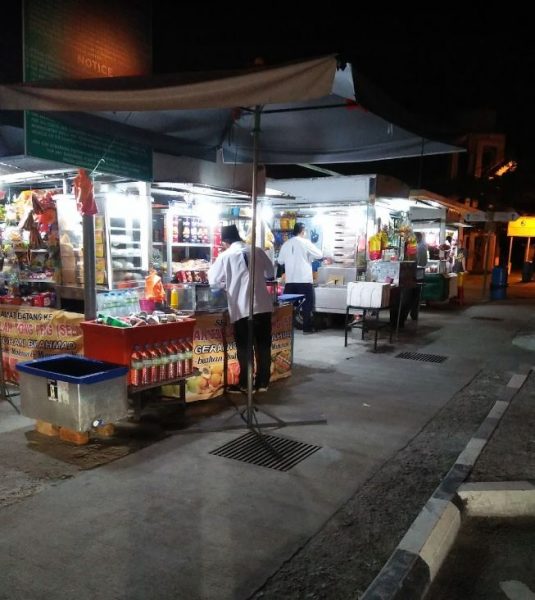 The rest stop where the incident reportedly took place. May not be the same stall.
Source

Johor Health executive councillor told China Press that they have not received any complaints regarding the incident.

They will have to run investigations at the stall in question first before taking action.

Netizens are mostly disgusted by the sight and with good reason.

One netizen claims he refuses to buy food at rest stops for this exact reason.

Translation: This is the exact reason why I don’t buy food from rest stops
Source

Another joked that there’s nothing to fear since insecticides kill insects and not humans.

Other netizens commented sarcastically that the auntie in the picture was merely giving free liao — or ingredients.

MS News has reached out to the Johor Health Department for the latest updates with regard to this incident.

We hope authorities will conduct a thorough investigation and win back the trust of travellers who frequently visit the rest stop in question.