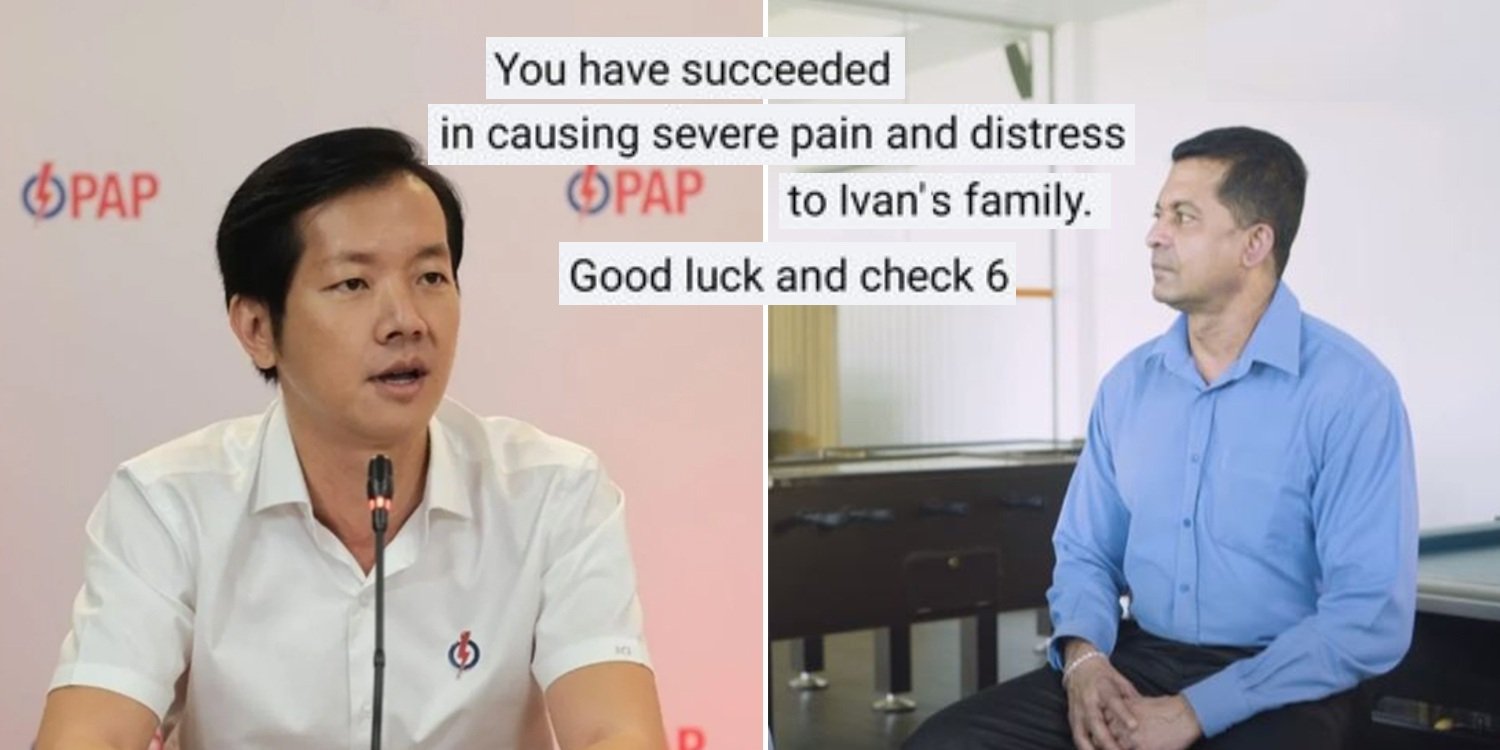 If you thought that the Ivan Lim saga ended with him withdrawing his candidacy, it does seem like more trouble is afoot as of Sunday’s (28 Jun) update. 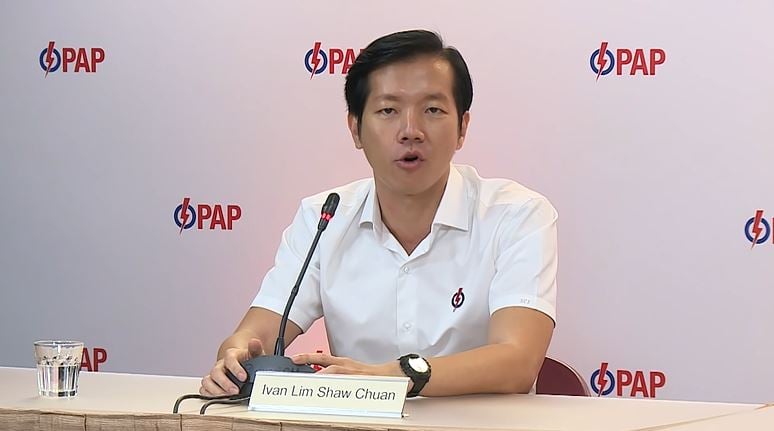 A day after his withdrawal, news broke that a former SAF Colonel had allegedly made threatening comments against Mr Bryant Wong — the whistleblower who made claims regarding Mr Lim’s character. 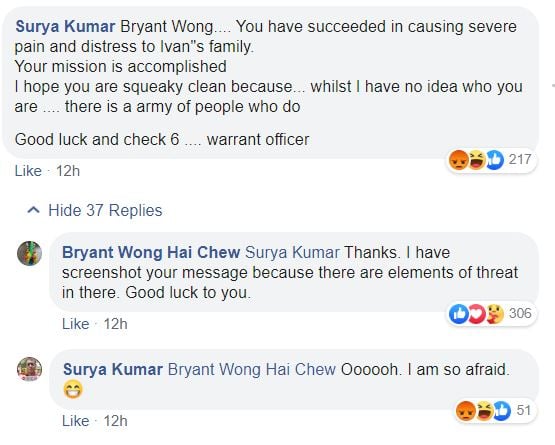 A police report has since been lodged regarding the alleged threats at around 3am on Sunday (28 Jun). We summarise the incident below.

On Saturday (27 Jun) night, a Facebook user who goes by the name Surya Kumar commented on Mr Wong’s Facebook post, pointing out the “severe pain and distress” that Mr Lim’s family had to undergo due to his previous claims.

Mr Kumar is apparently a retired Colonel, and was the former Chief Army Medical Officer, as seen in this clip hosted by Ministry of Defence Singapore on YouTube. 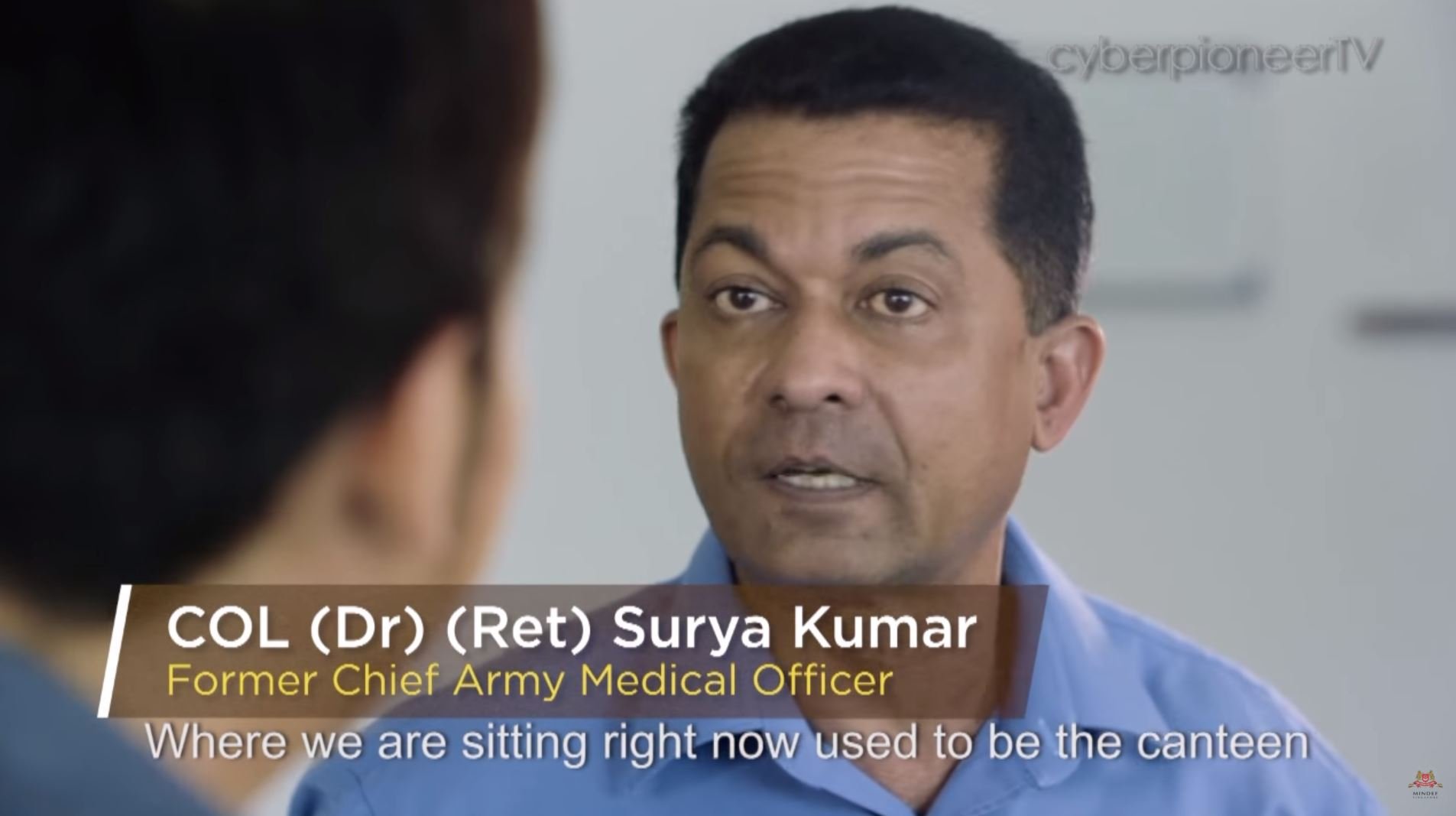 In his comment, Mr Kumar also told Mr Wong to “check 6” — army lingo for someone to watch his or her back.

Mr Wong, in response, told Mr Kumar that he had saved a screenshot of his comment since it contained “elements of threat”.

Mr Kumar appears unfazed by this.

It isn’t clear how Mr Kumar is related to Mr Lim and Mr Wong.

Hours later, another netizen named Kelvin Joshua posted a copy of what appears to be a police report against Mr Kumar’s comments. 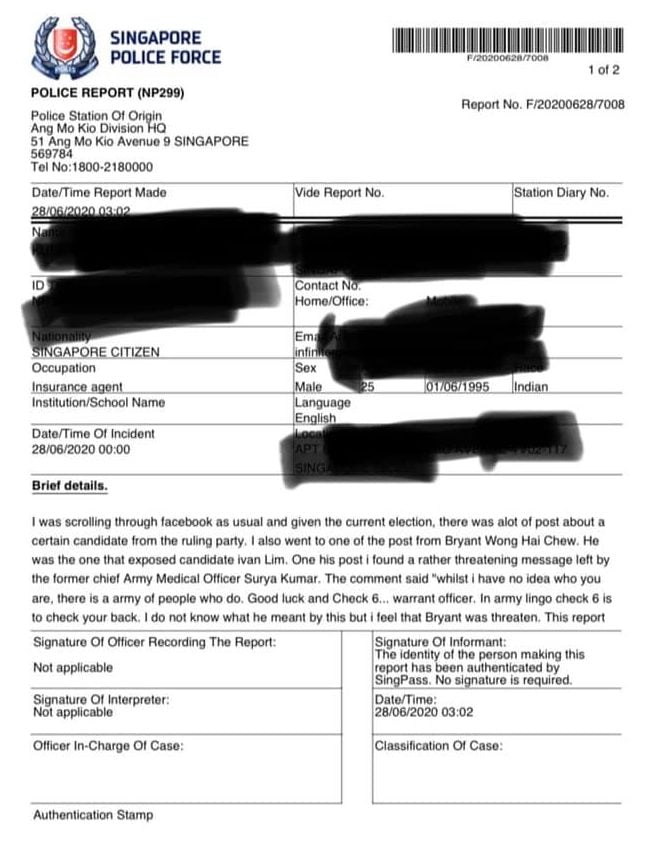 Again, it isn’t clear how Mr Joshua is linked to the rest of the parties.

For context, Mr Kumar shared that he had served in East Timor via the MINDEF documentary as the clip progresses. 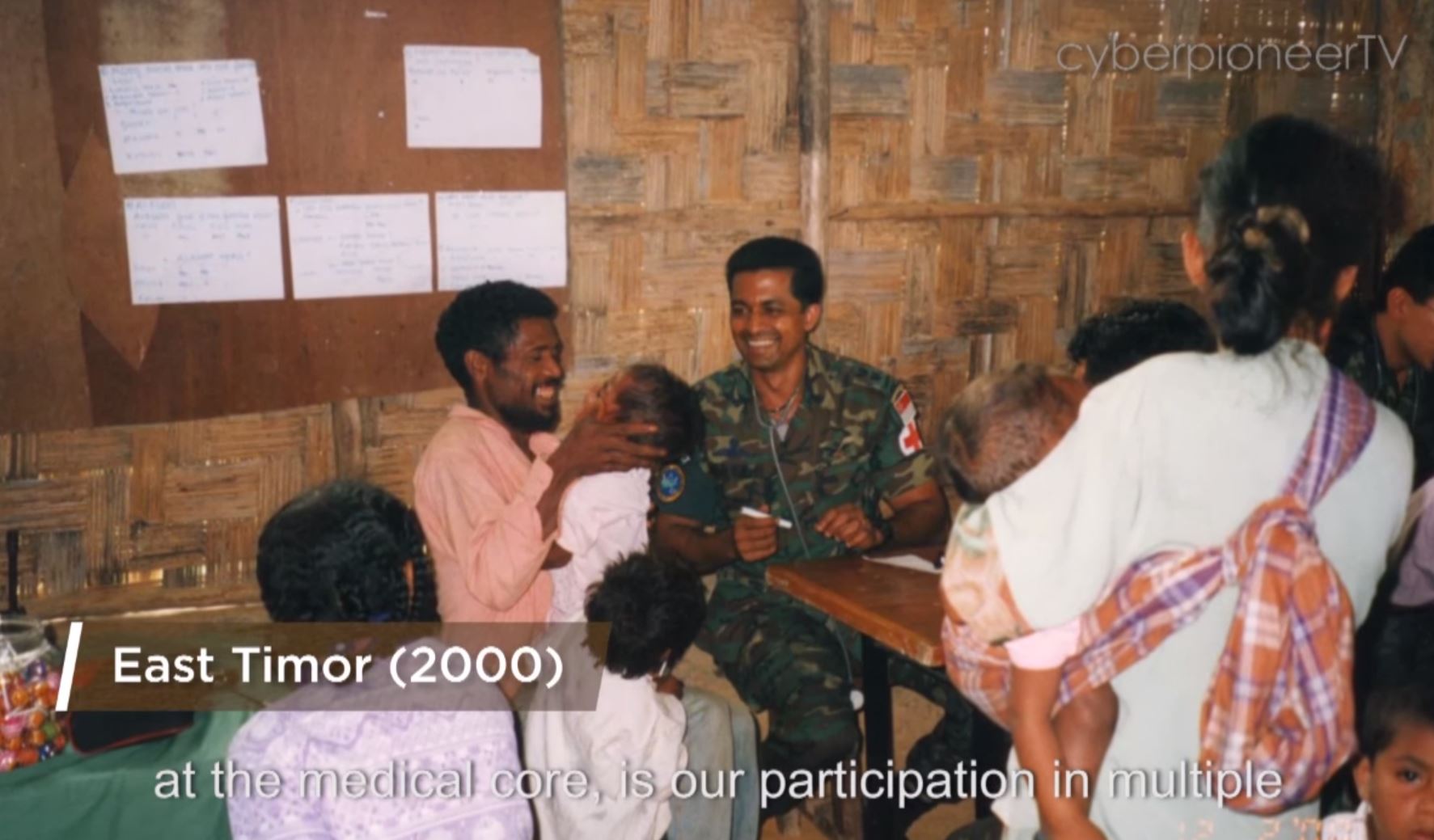 A picture of a man who’s clad in a similar uniform has been spotted on the Facebook page from which the “check 6” comment originated. 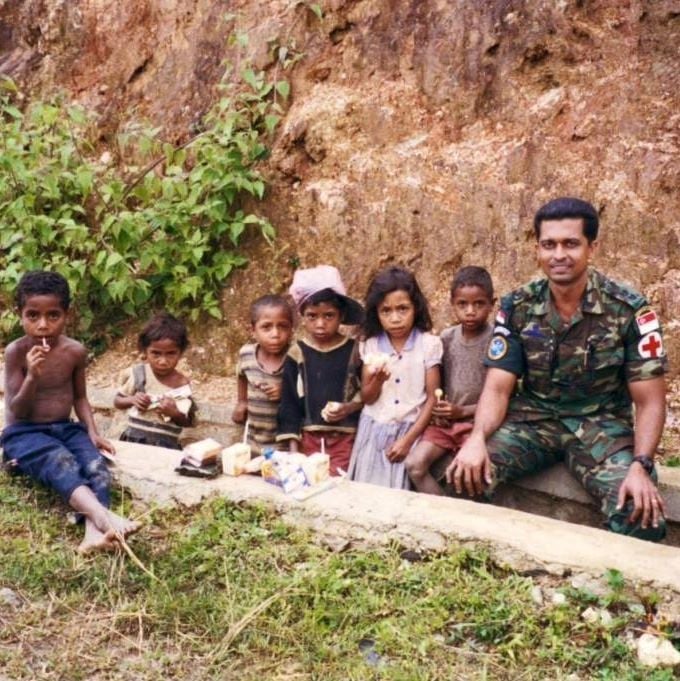 To verify the identity of the parties involved, we’ve reached out to them for their official statements on the matter.

MS News has also reached out to the police for more information regarding the case.

Hope matter will be solved amicably

Regardless of how all parties are related, making any statements which can be viewed as a “threat” by the receiving party is no way to solve problems.

We hope the issue will be settled amicably in due time.