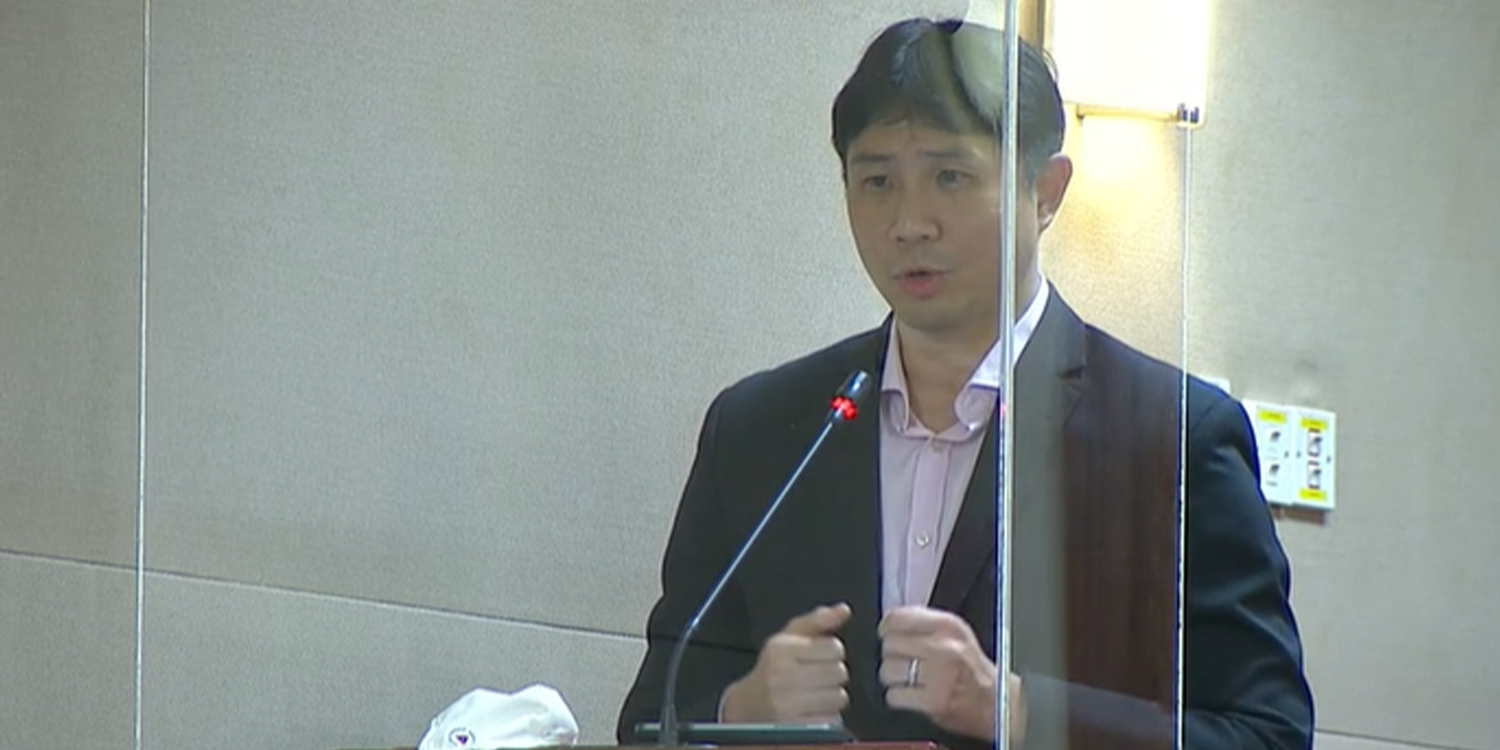 In Parliament, robust debates are par for the course, with MPs from various sides weighing in on important issues. One topic which has enlivened the House is the debate on minimum wage.

But when Sengkang GRC MP Jamus Lim spoke on the topic on Thursday (15 Oct), a comment he made about union leaders raised anger among many of them. 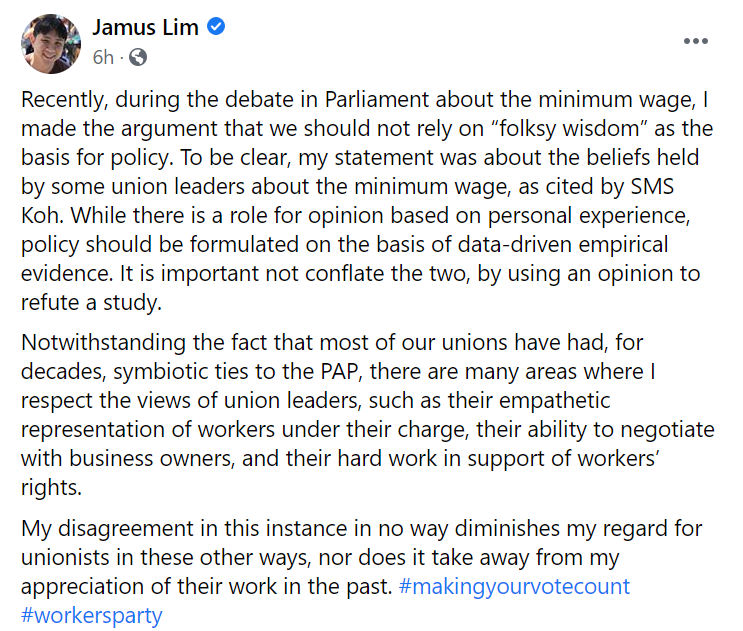 Following this, union leaders spoke via a Lianhe Zaobao article that the the Associate Professor shouldn’t belittle the work they do for workers.

Today (17 Oct), Dr Lim clarified his comments and said that his disagreement with them “don’t (diminish his) regard for unionists in… other ways”.

The statement, that some union leaders rely on folksy wisdom and beliefs, was in reference to their beliefs about minimum wage, Dr Lim said on Facebook.

He thinks that while there’s a role for opinion, he also thinks that data-driven empirical evidence should form the basis of policy-making.

Hence, it’s important to not conflate the 2 and one shouldn’t use an opinion to refute a study, he said.

Notwithstanding many unions’ “symbiotic ties to the PAP”, he says there are many areas where he respects union leaders’ views. These areas include:

So he says his disagreement about their beliefs on the minimum wage doesn’t diminish his regard for them in other aspects, nor his appreciation.

For the full speech, you can listen to it here. Dr Lim’s reply starts from 33:38.

In a Lianhe Zaobao article on 17 Oct, several union leaders, including those from: 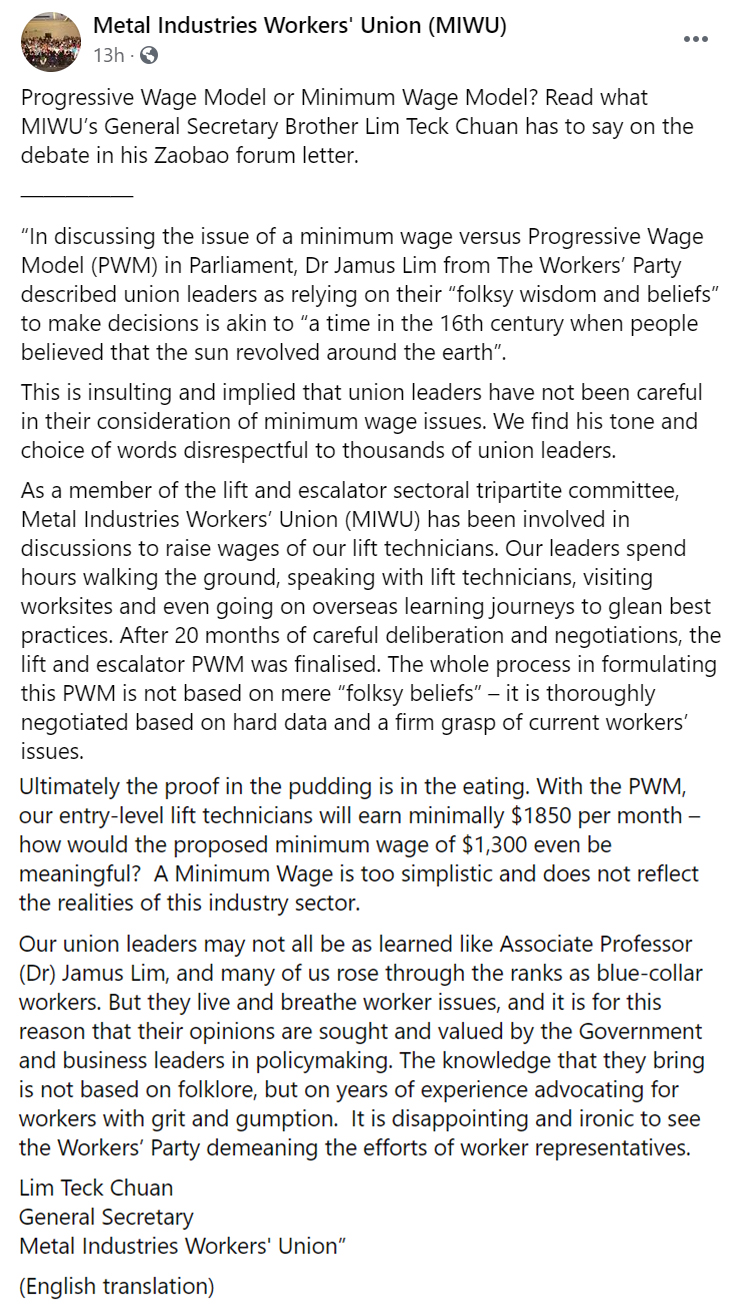 He argued that the knowledge they bring isn’t on folklore, but on the years of experience advocating for workers.

He also said it was “disappointing and ironic” to see the Workers’ Party demeaning the efforts of worker representatives.

Constructive debates for betterment of Singaporeans

The minimum wage debate has certainly stirred impassionate responses. Some are in favour of it, while others aren’t.

What’s important is that arguments are grounded and logical, and that nobody is personally attacked.

Through this, we can have constructive debates.

And at the end of the day, if the policies result in the betterment of Singaporeans, then the debates are a success.