If you think that Singapore’s sweltering weather is unfit for humans, try Japan.

A blistering heat wave is sweeping across Japan with an all-time high temperature set to last until at least Thursday (26 Jul).

Temperature in Kumagaya city skyrocketed to 41.1°C on Monday (23 Jul). This measurement surpassed the country’s previous high of 41°C in Ekawasaki back in August 2013.

The excruciating heat that Japan is experiencing is at least 10°C hotter than their usual.

Average temperatures for July usually range from 29°C in Tokyo to 31°C in Nagoya. 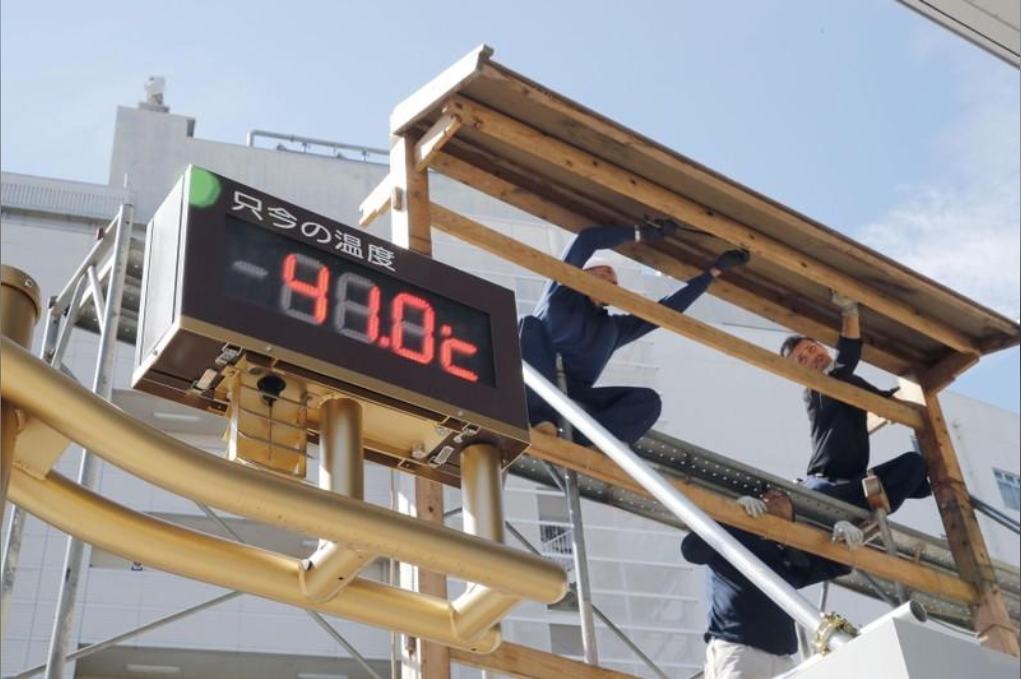 When will it ever be over?

It’s speculated that the scorching weather will begin to cool to 33°C on Friday.

Even so, the average temperature in inland locations will remain around 35°C everyday till Thursday.

What the (literal) hell.

Scrapping of events due to risky temperature

The weather has been so hot that schools across Japan have cancelled outdoors and sporting events.

Even the Hanagasa Junko parade, the second largest event of the Gion Matsuri festival, was scrapped due to the heat.

This oppressive heatwave has been particularly nerve-wracking for organisers of Tokyo 2020 Olympics, that’s due in two years time.

Evidently taking its toll on Japanese citizens, the crippling heat has taken away the lives of at least 77 people.

More than 30,000 have sought hospital treatment for heat exhaustion or heat stroke.

Precautions against the “living sauna”

People in vicinities where temperature are above 35°C should take appropriate measures as the potential for heat illness is higher than usual.

Elderly, especially those with pre-existing conditions such as heart failure and asthma, might risk exacerbating their health issues due to the searing heat.

Heat exhaustion, dehydration, migraines, stroke, mood alteration and loss of sleep are all possible occurrences due to the dangerous heat.

We might not be able to change the weather, but here are some ways you can curb the heat:

Unfortunately, there’s a chance that high temperatures might continue until the beginning of August, according to chief cabinet secretary Yoshihide Suga.

If you’re planning to visit Japan soon for a vacay, do remember to drink up!