In the show’s latest episode, Jasmine performed a remix of her debut single ‘1057’. Her song scored her more than a million views and 25,000 fans on Weibo.

Here’s a teaser of her performance:

You’ll be hearing her name a lot pretty soon, so here’s everything we’ve learned about her over the years.

Jasmine’s love for EDM music started when she was a 13-year old watching music videos.

A decade later, she now has her own YouTube channel filled with her music albums, collaborations, remixes and live performances.

At the time of this article, she only has 6,770 subscribers so subscribe to her channel and show some love.

Her talents aren’t only limited to EDM music. Check out her haunting acoustic cover of LANY’s ILYSB here.

2. Her face is always covered with a mask or visor

It’s a well-known fact that Jasmine’s face is covered with a mask in all her performances and  social media posts. 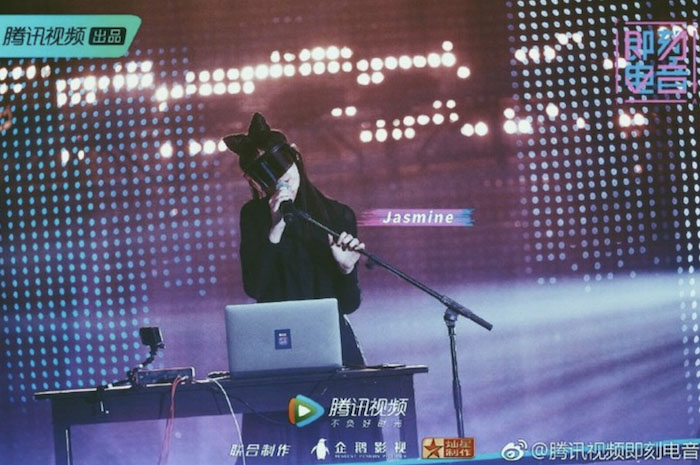 In an interview with The Straits Times, she explained,

Having a mask became a thing because it gives the whole mysterious vibe, and this aesthetic is kind of like how I would perceive myself to be like in visual form.

She tells Cleo that she first wore a mask at her first music video because of the storyline. During the shoot, her director told her not to take off her mask because it made her look more mysterious, and it stuck.

Intentional or not, she’s joined the ranks of DJ-producer Marshmello and Australian singer-songwriter Sia who also hide their face.

Jasmine didn’t come out of nowhere.

Before her stint in China, she’s had a lot of accomplishments in Singapore’s music industry.

In 2016, she released her debut single “1057” which reached No. 1 on Spotify’s local Top 50 Viral chart. You might’ve even heard her music because she’s one of the top-most streamed Singaporean female artists on Spotify. 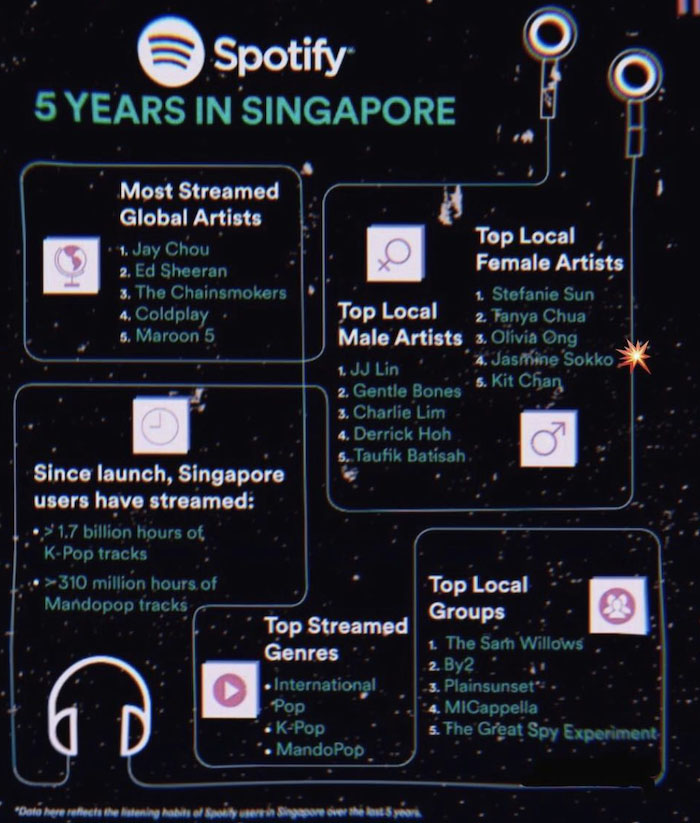 When she’s not busy with her own album, she’s performing shows in Ultra Music Festival Singapore, GlowBeats Festival, 4Fingers’ own Local Motion at Fort Canning & more.

Jasmine is also a business student at Singapore Management University (SMU) and she even performed during their Patron’s Day celebrations. 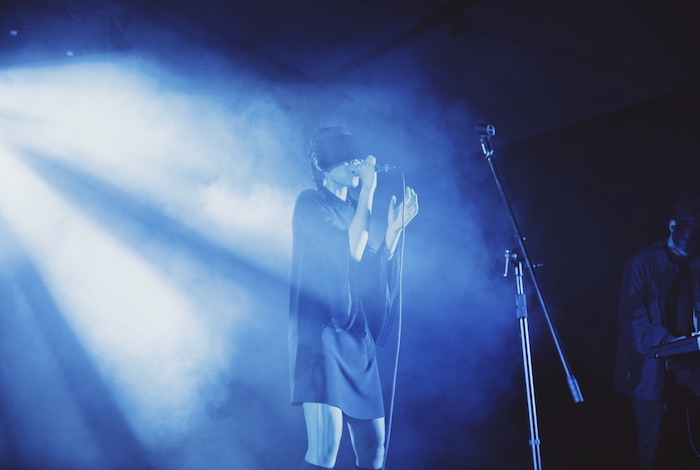 How does she juggle her crazy life? Jasmine thinks that the notion of an all-rounder is a myth. Her style is to pick one thing to focus on and be really good.

In an interview with Juice, she says,

Time, effort and energy are limited resources. So I’m picky with how I spend them. As far as possible, I try to plan my school schedule in such a way that gives me time for music and submit open-ended projects.

5. Inspired by her love for dark things 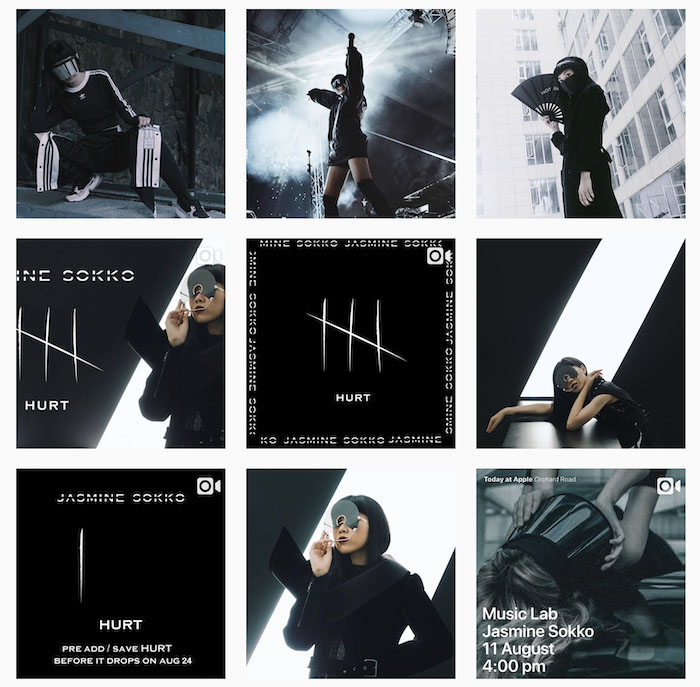 So it’s no surprise that her futuristic music is inspired by her love of dystopian films and thriller novels.

Essentially, they’re more of an ‘aesthetic’ thing. I couldn’t relate with anything that has to do with colour, so the whole dystopian concept stuck with me. I have a thing for dark things.

In another interview, she revealed that her lyrics are based on her experiences with friends, society, and falling in love.

Like most Singaporean parents, Jasmine’s parents weren’t too thrilled about her dream of becoming a singer.

She told The Straits Times,

When you share with your friends or parents, it just gets relegated to being a hobby.

She understood that her parents preferred a stable job because of the money and security. So, she created an excel tabulation of how her music career would work to her advantage.

In 2018, she eventually got her parents to take her music seriously.

In an interview, she recalls her mom wishing her luck on her birthday,

when she reached me, she said, ‘Good luck to your music.’ She didn’t say school. And then I teared.

It’s no secret that the EDM scene is a male-dominated industry since you don’t see a lot of female DJs flaunting their skills.

Jasmine experienced her own struggles because of her gender. During International Women’s Day, she shared how her “production credits got defused by her positioning as a woman”. 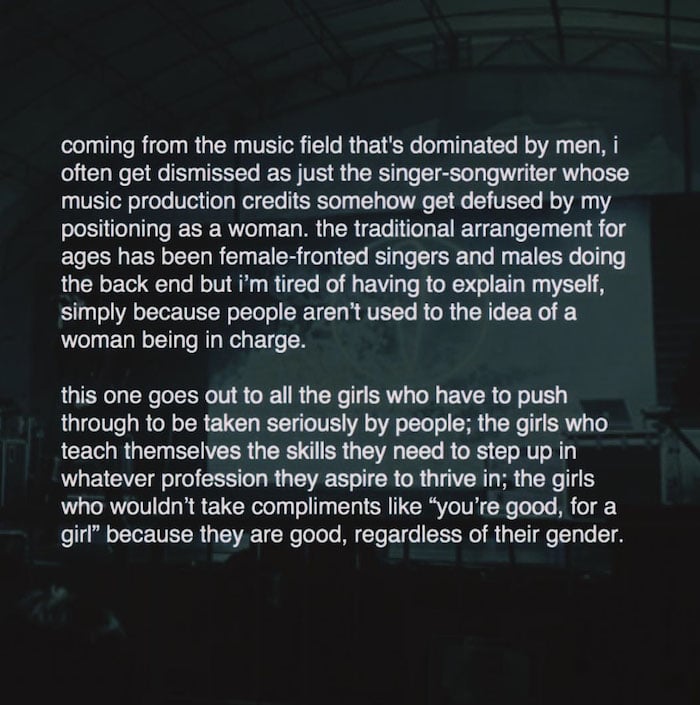 Jasmine’s life is pretty impressive and it’s no surprise that we want to learn more about her. But don’t expect her to share more than a few snippets about her personal life on social media.

When an interviewer observed she was intensely private, she responded

I’m not into the whole social media thing. In fact, I’m really bad at it. I don’t even have a private Instagram account!

Her continued presence in RaveNow will surely help hone her craft and attract international attention to her music and future albums.

We’re pretty excited to see her return to Singapore – but at the meantime you can check out her music on her YouTube channel.

Keep up the great work Jasmine!