With the S-League coming up, Jermaine Pennant has signed a one-year contract with S-League club Tampines Rovers after he left Wigan Athletic last year.

Pennant decided to join Tampines Rovers for this season because it seems like an exciting league to him. Beyond that, the club is participating in the Asian Champions League, which is an added bonus and he wants to be a part of it.

Pennant will be getting his own car, a Hyundai Veloster soon from club sponsors Komoco Motors. Since he is professionally transferred to the S-League club Tampines Rovers, it is legal for him to ask for a car and a house.

Finally, he has settled down in Singapore by buying a three-room apartment!

Pennant lives in his dream apartment

Pennant will be paid about $40,000 monthly on a one-year deal, which makes him the league’s highest-paid player in its 20-year history.

Even so, Pennant said “The house hunting was good, but it’s really expensive though” during an interview with Yahoo Singapore.

With the price that Pennant paid (he’s probably not even paying for it himself), he gets to live in his dream apartment and he is not complaining!

He said “But I can’t complain — where I live is great, with a nice pool and gym ‘lah’”, adding in a new Singlish term he learnt while in Singapore.

Pennant even shared some pictures of his apartment with Yahoo Singapore: 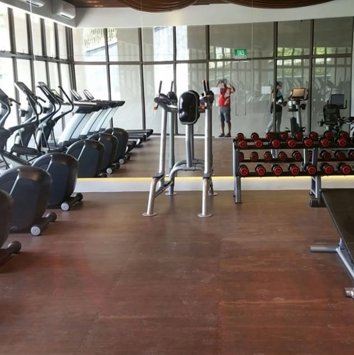 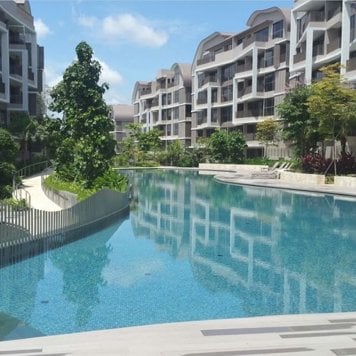 Regarding his new apartment, Pennant added that “There’s a meditation area, jacuzzi, fitness area (pictured above) — it’s got everything I need, really”.

Pennant on how he is adjusting to Singapore’s daily grind 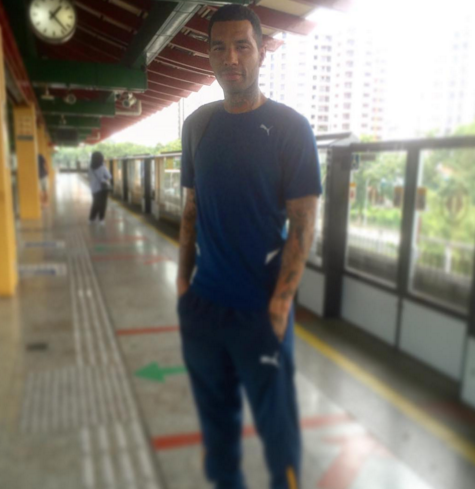 On our Mass Rapid Transit (MRT) system, Pennant said jokingly “I really like the MRT. It’s definitely a lot better than the Tube”, comparing our MRT to London’s public transit system.

However, on the MRT, Pennant likes to pretend he is asleep but not because he refuses to give up his seat to old ladies but because fans are always bugging him for selfies even when he is asleep! 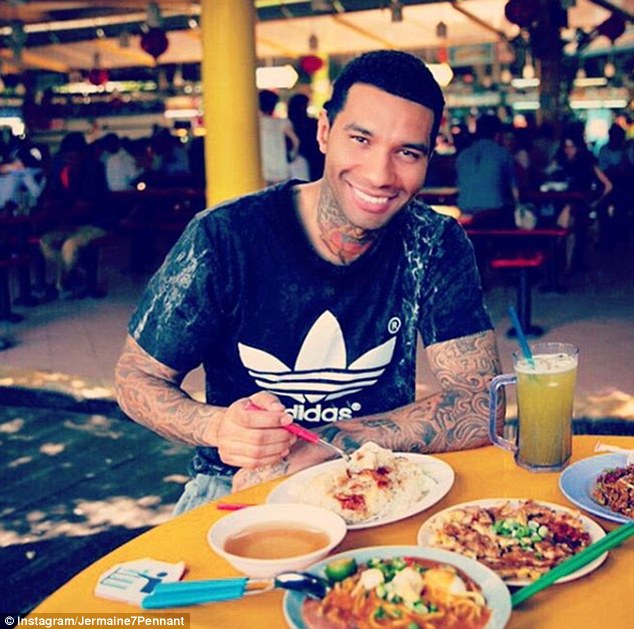 Further more, Pennant has tried our local cuisine in a hawker centre!

I’ve not been out too much as I’m just finding my feet, but I’ve been to Orchard Road, and it’s like being back in London! And of course, I’ve been to Nandos here (a favourite eating spot among many English footballers). And I’m definitely going to visit Universal Studios because I’m a big kid.

We sure hope Pennant will have a great time at Universal Studios Singapore!

Pennant and his new teammates from Tampines Rovers

Tampines Rovers has been a good host by making Pennant feel welcome in the team.

I’ve been surprised how good my teammates are in terms of their footballing abilities and how friendly everybody is here.

Pennant also uses our local lingo during training and his teammates finds it hilarious when he says “lah“.

When the reporters from Yahoo Singapore asked who he felt would win this year’s Premiership, Pennant declared, “Arsenal, followed by Man City!”

Have a great time while in Singapore, Pennant!

As host for an international player like Pennant himself, we sure are glad that he is adjusting well to our country.

For soccer fans out there, be excited because Pennant vowed to bring the ‘excitement of the Premier League’ to the local football scene!

Featured image via FourFourTwo
With reference to Yahoo Singapore, The Straits Times