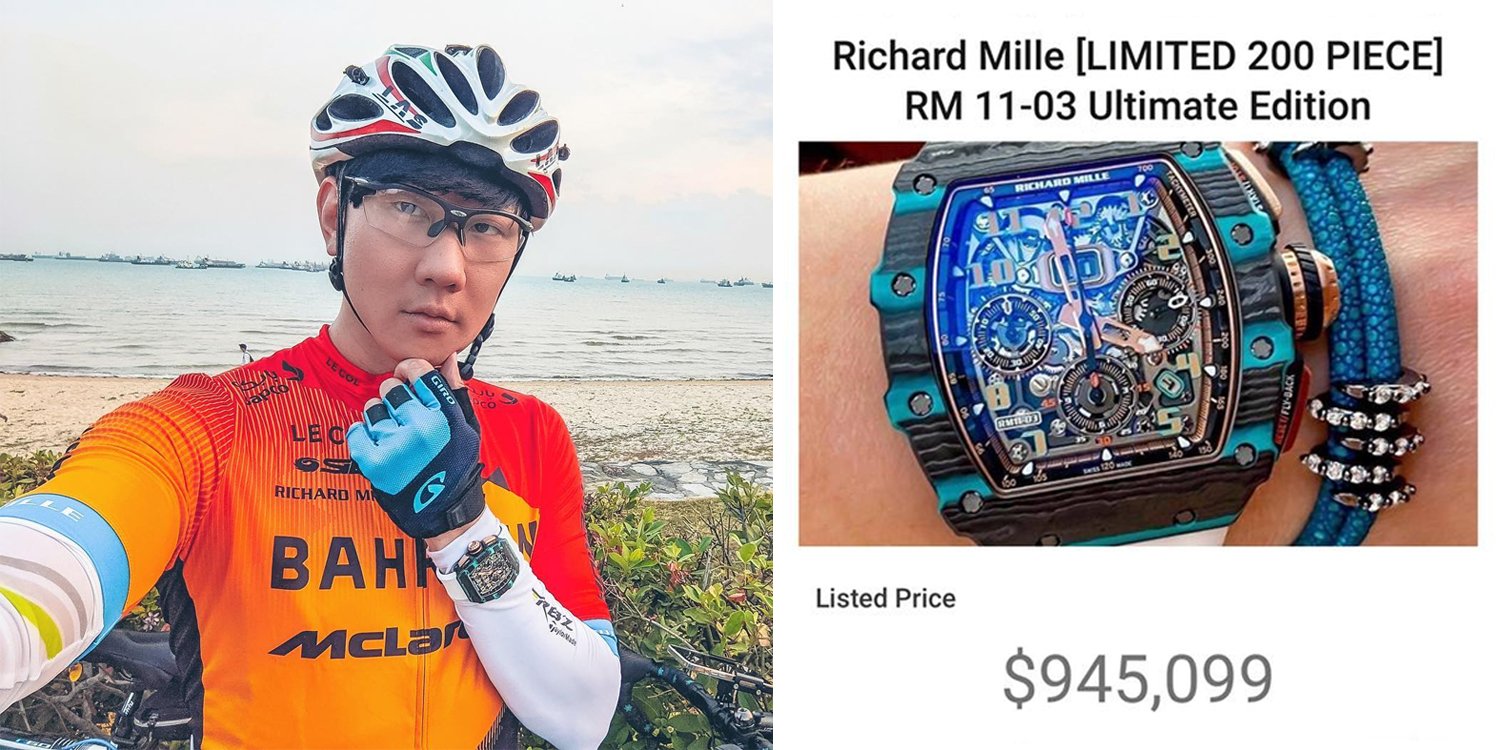 JJ Lin has been back in Singapore since February and has been seen dining at local eateries and out cycling with his family and friends.

Last Sunday (28 Feb), he posted on Facebook about his “romantic evening ride” with the fam. 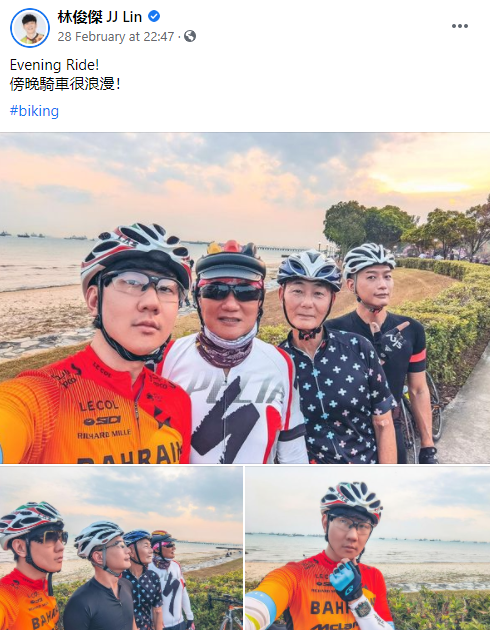 Eagle-eyed netizens, however, zoomed in to his watch, which apparently costs nearly S$1 million. 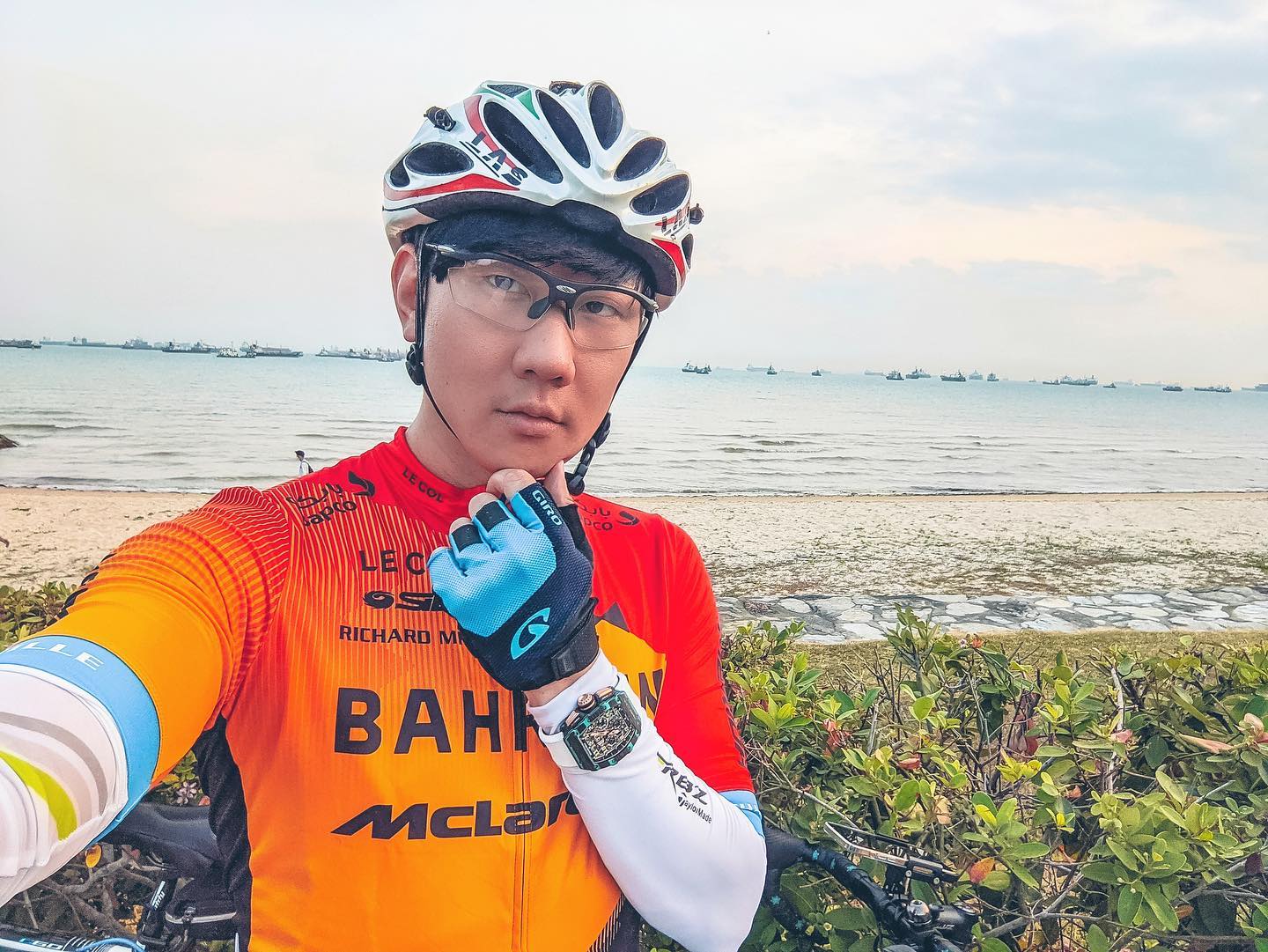 JJ Lin wears $1 million watch to cycle with the fam

According to Malaysia-based Facebook page KL Sole, the watch is from the Swiss luxury brand Richard Mille which has watches costing up to several million dollars.

JJ Lin’s model is apparently one of the brand’s most iconic models – the 11-03 Automatic Ultimate Edition – limited to only 200 pieces in the world.

Currently, the watch is worth almost S$1 million. 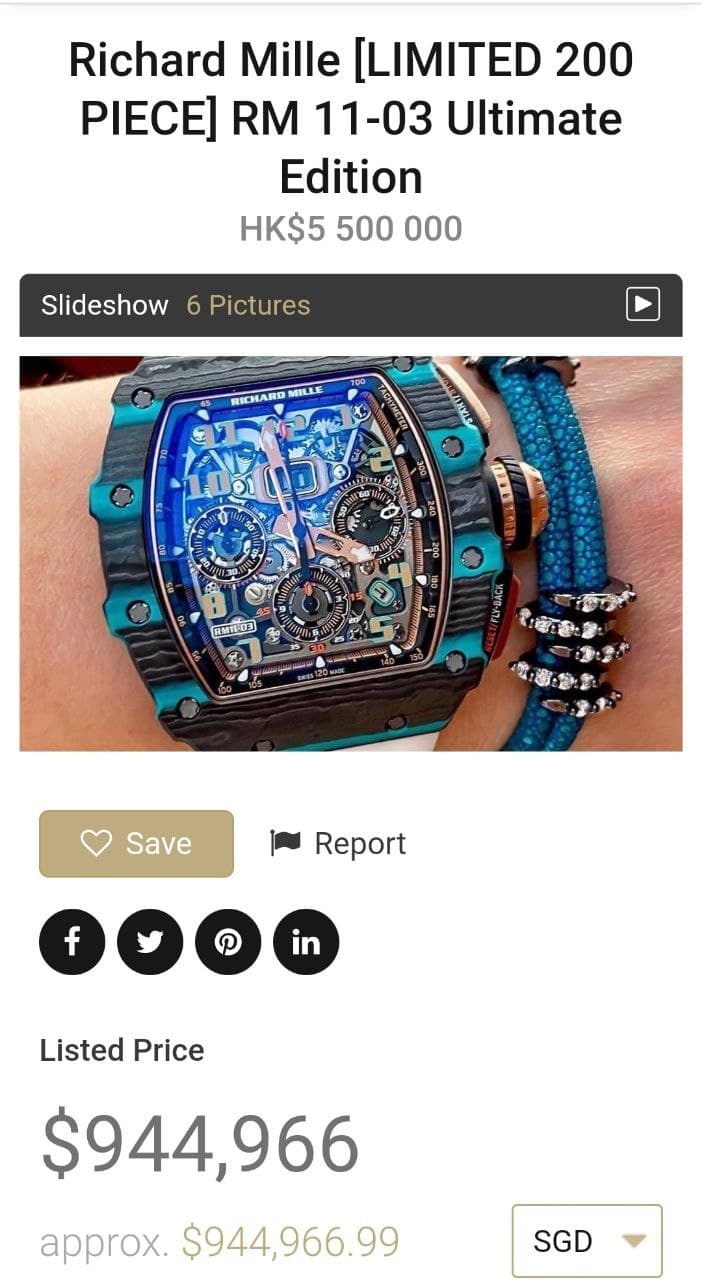 As one netizen has aptly put, this number sounds like 2 shiny bungalows to most of us.

Translation: To him, this might be the price of a piece of roti canai. To the rest of us, it’s the price of 2 bungalows.
Source

The Richard Mille 11-03 Automatic Ultimate Edition apparently has a virtually indestructible case, so chances are it will survive even after falling from a bike. 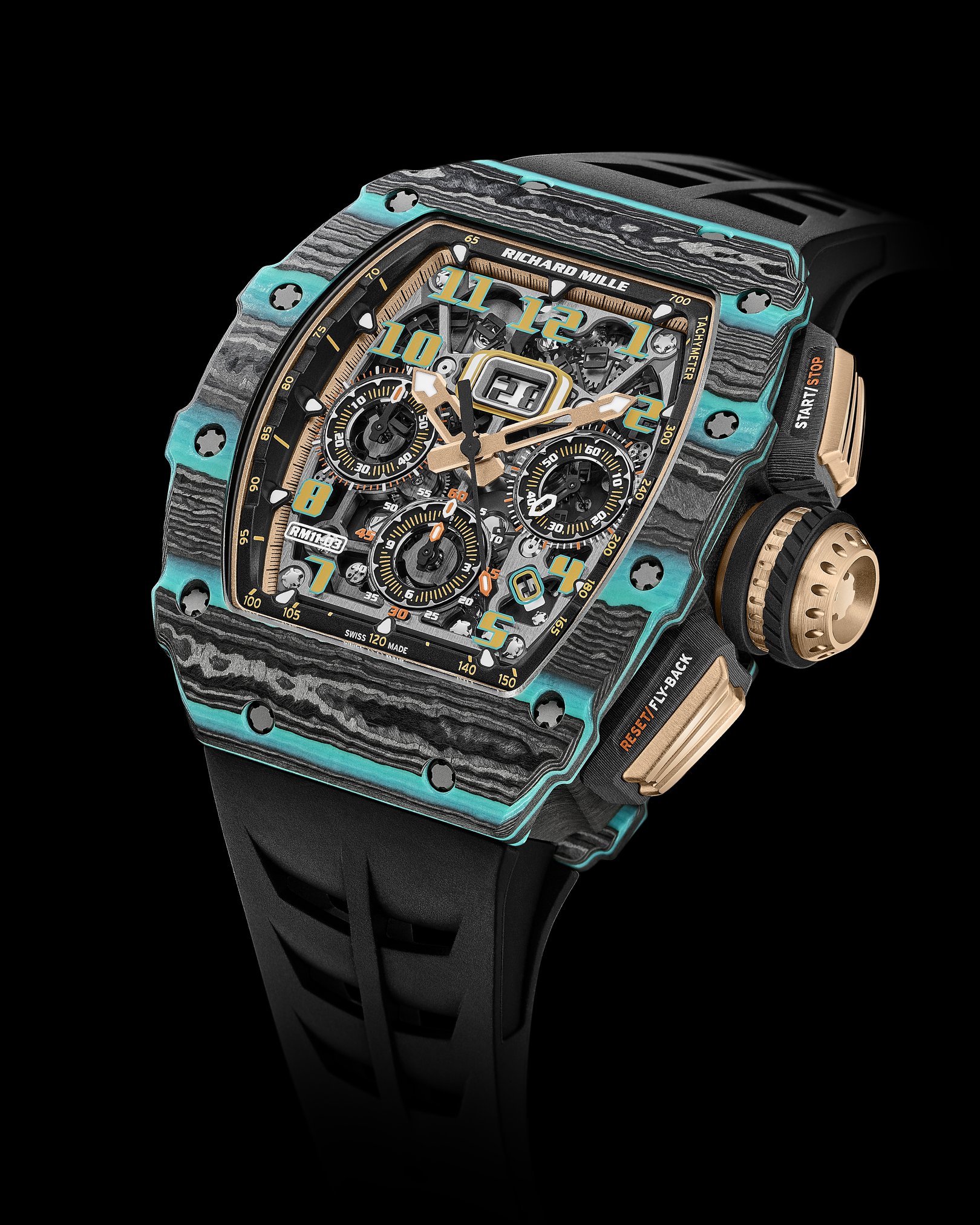 Its premium quality and quaint appearance might be some of the reasons why JJ seems to like it so much. The watch made an appearance on the singer’s wrist during his visit to Spotify’s office on Tuesday (2 Mar). 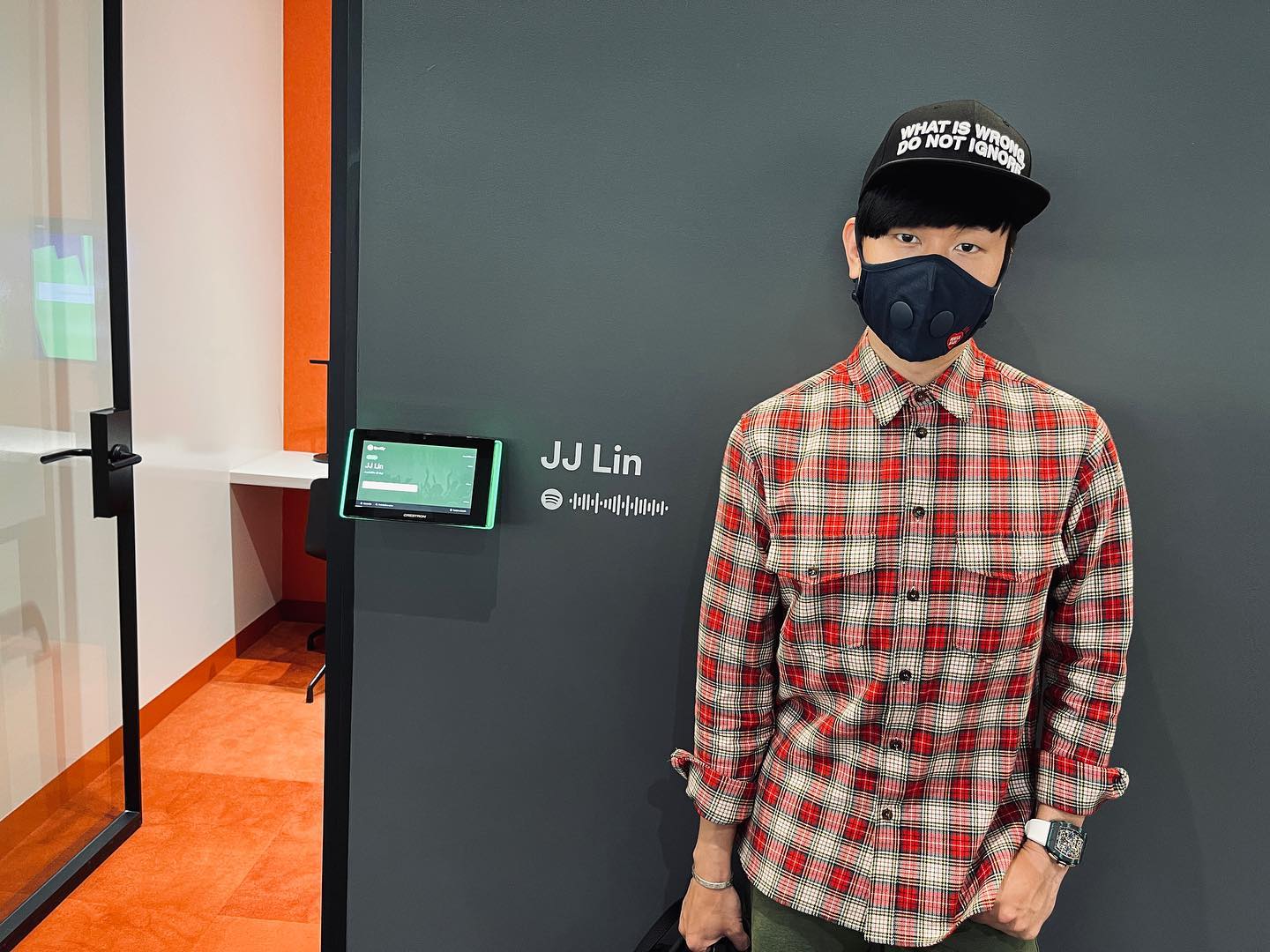 Kudos to the eagle-eyed netizens for spotting the watch.

Even though JJ Lin might be known for his Mando-pop tunes, it seems like he’s pretty into timepieces as well.

Do you stan JJ Lin’s Richard Mille watch? Share your thoughts in the comments below.