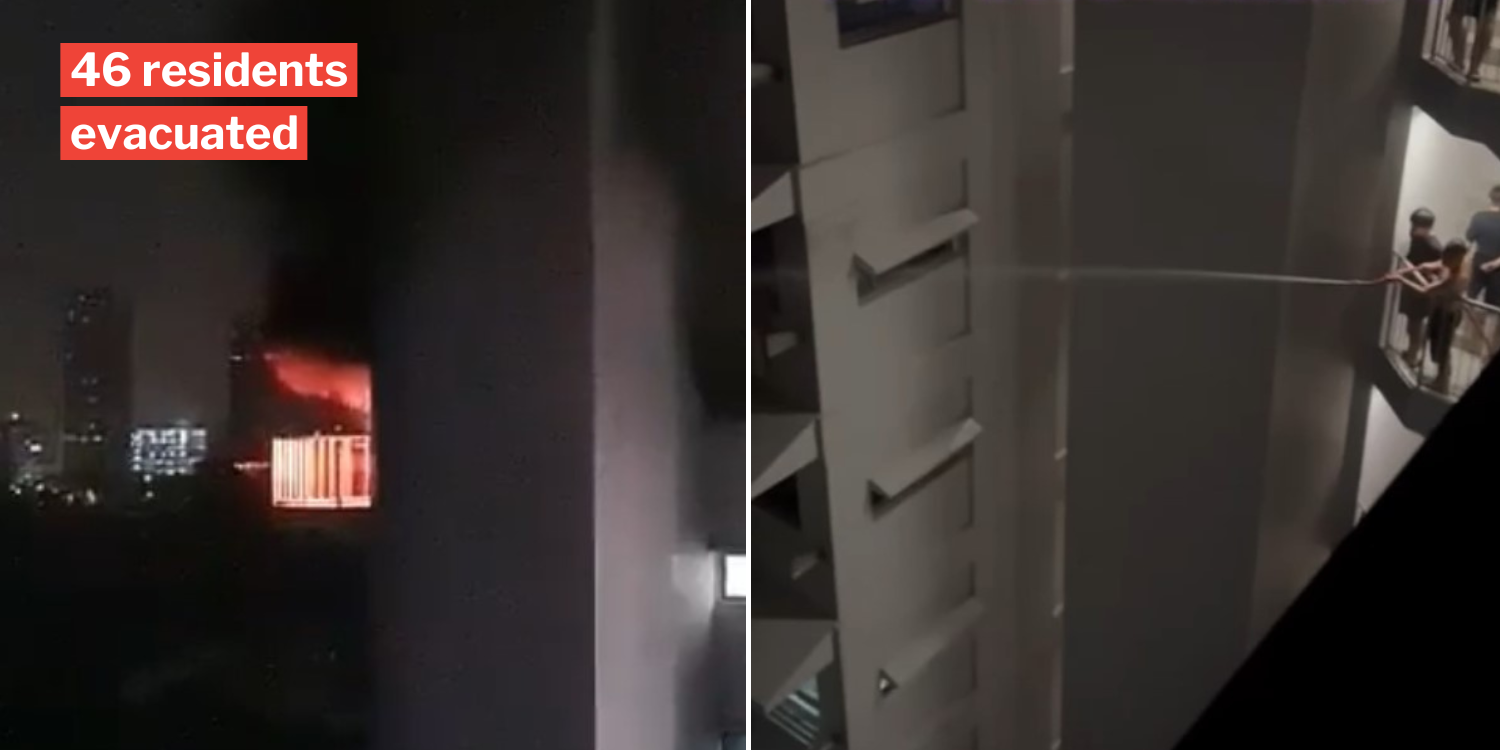 A father and son duo sprayed the unit with the fire hose.

Fire Breaks Out At Jurong West HDB On 8 Jun Morning

Recently, there has been a slew of fire incidents occurring around Singapore.

Unfortunately, in the early hours of Wednesday (8 Jun), another one took place at a Jurong West flat. While waiting for the Singapore Civil Defence Force (SCDF) officers to arrive, residents sprang into action, trying to help put out the flames.

46 people were later evacuated from the block and three people reportedly sustained injuries.

Fire breaks out at Jurong unit

Speaking with 8world News, a resident by the name of Mr Cai said his wife, who had smelled smoke, jolted him awake at about 5am.

When he got out of bed, he realised the master bedroom of the unit below was on fire.

At that time, the homeowners appeared to be by the stairwell trying to put the fire out with a fire extinguisher.

However, the fire was so big that their efforts yielded little result. 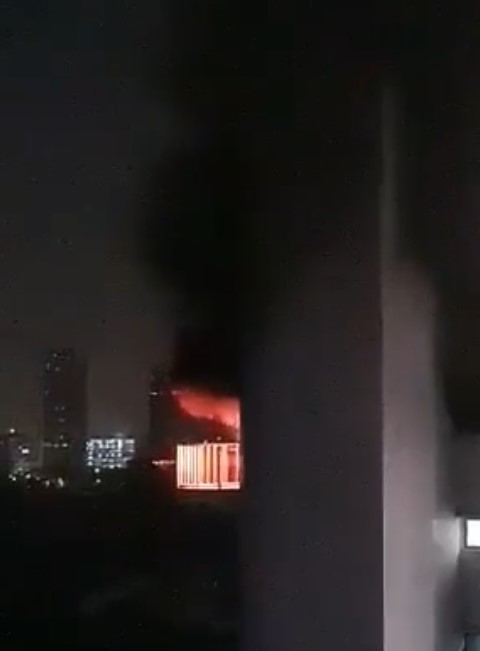 Debris could also be seen falling from the unit.

Mr Cai then sprung into action, taking the stairs down to the floor below and pulling out the fire hose.

He and his son then stood near the stairwell and sprayed water at the unit. 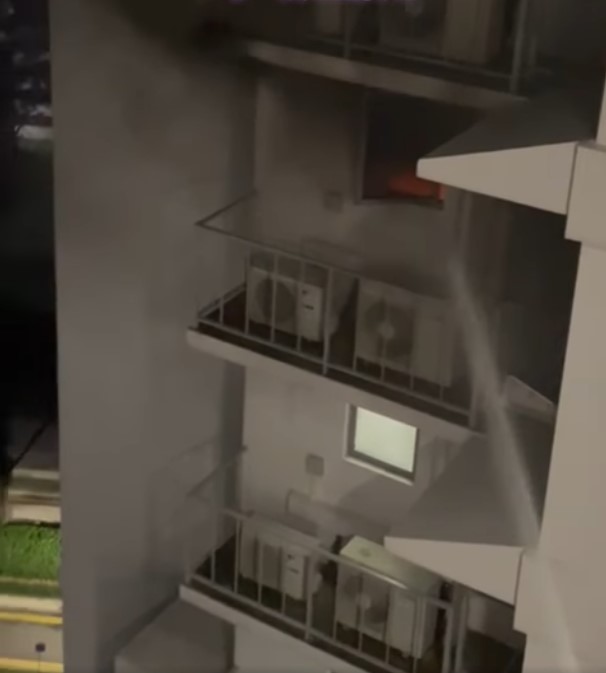 Footage shared by Shin Min Daily News on Facebook showed Mr Cai trying to help put out the fire while alerting neighbours about it.

In response to MS News’ queries, the SCDF said they were alerted to the fire at about 5.15am on 8 Jun.

The fire involved contents of a bedroom in a unit on the 20th floor.

Upon their arrival, the SCDF and the police evacuated about 46 people. According to 8world News, these were residents staying at the 19th to 22nd floors of the affected block.

Eventually, the SCDF extinguished the fire using a water jet and a hose reel.

Three people were injured and conveyed to Singapore General Hospital.

Be cautious about fire safety

Mr Cai and his son showed great initiative and bravery by helping to put out the fire and alerting neighbours. We’re sure their efforts are greatly appreciated.

Unfortunately, Singapore has been seeing several incidents of fires breaking out at HDB flats in the past month.

So do remember to be extra cautious about fire safety in your own homes.