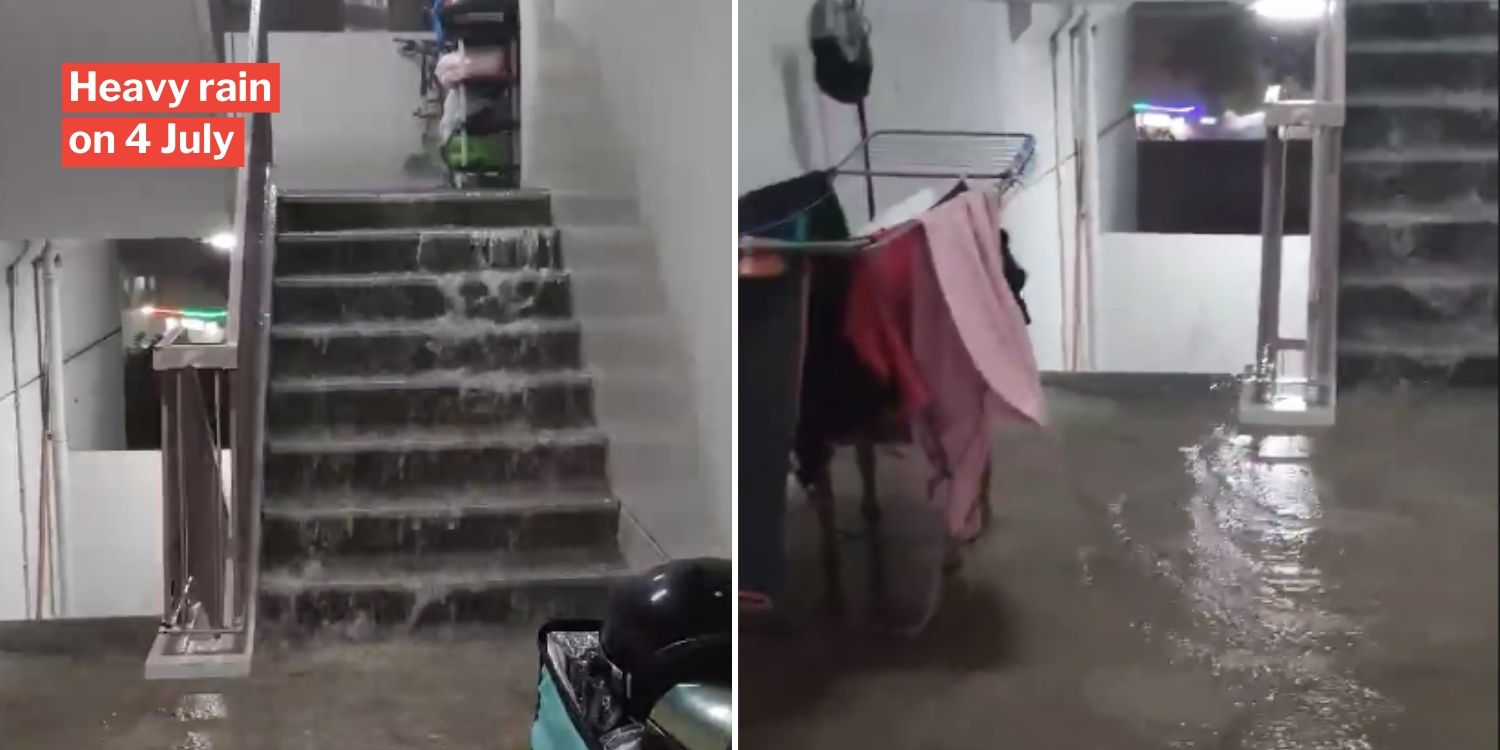 The recent spate of heavy rainfall has given us what feels like an ‘aircon season‘, a welcome reprieve from the humidity.

But things may have gone a little too far for some Jurong West residents, who witnessed what looked like a mini flood at a HDB staircase.

The water cascading down the concrete steps may look wonderful, but was probably a shocking sight to residents there.

While visiting his brother in Jurong West on Saturday (4 Jul), Facebook user Jazzmen was caught in a sudden downpour.

Beyond the strong winds and rainfall, he encountered a most unusual scene — water flooding the stairwell and common area. 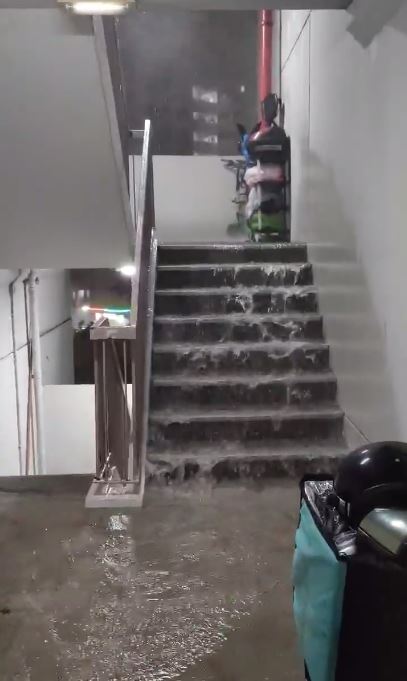 There was so much water that every step became an overflowing puddle, making the flight of stairs look like a mini waterfall.

Imagine sitting there as the water washes over you in a steady torrent.

In the caption accompanying his post, Jazzmen likened the situation to “a kampung where it gets flooded when comes a heavy rain”.

Indeed, floods have become less frequent in modern Singapore, unlike pre-HDB flat days when they were more common. Even when they do occur now, it’s often in areas like roads, shopping mall and carpark basements instead of high-rise housing.

Hope it was a one-off occurrence

While we don’t know if this incident was a one-off occurrence, we surely hope so. We also hope that residents had informed the Town Council and received assistance.

Living in Singapore, we often enjoy the privilege of homes and infrastructure that are well taken care of.

Let’s hope this continues, and maybe even improves over the years, so everyone can live comfortably.