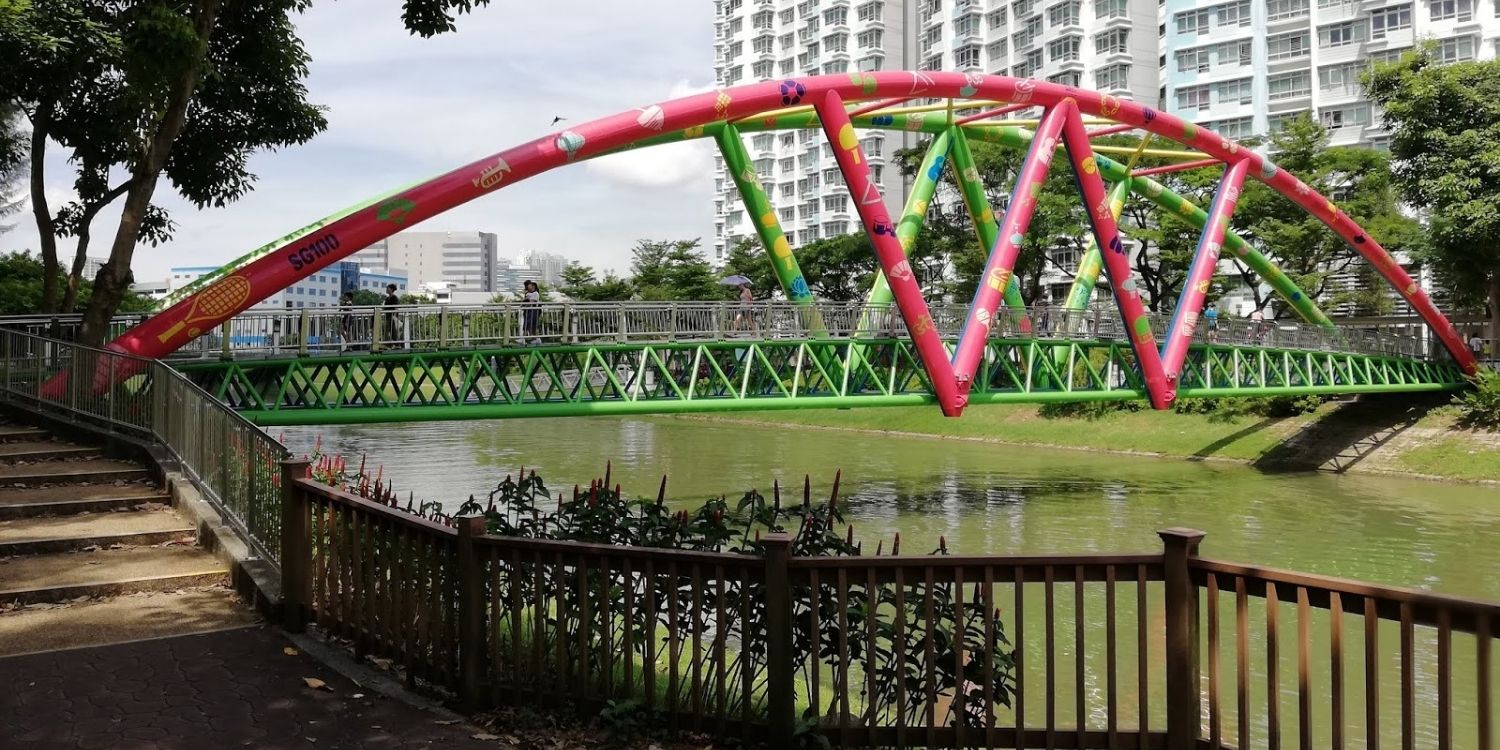 A rider was met with this predicament when he received an order with a peculiar set of coordinates for its address.

Upon reaching the location, he found himself just beside the Kallang River without any customer in sight. Perhaps unsure of what to do next, he contacted customer service and asked if he should throw the food in the water instead. After some back and forth, a customer service agent instructed the rider to keep the food since the customer was unreachable.

Rider asks if he should throw order into Kallang River

A set of screenshots telling the story of the rider’s puzzling delivery order was shared on Instagram by @sgfollowsall on Tuesday (12 Oct).

Firstly, the rider brought up an issue about different locations when it came to his delivery. Apparently, the postal code and drop location of the order did not match. 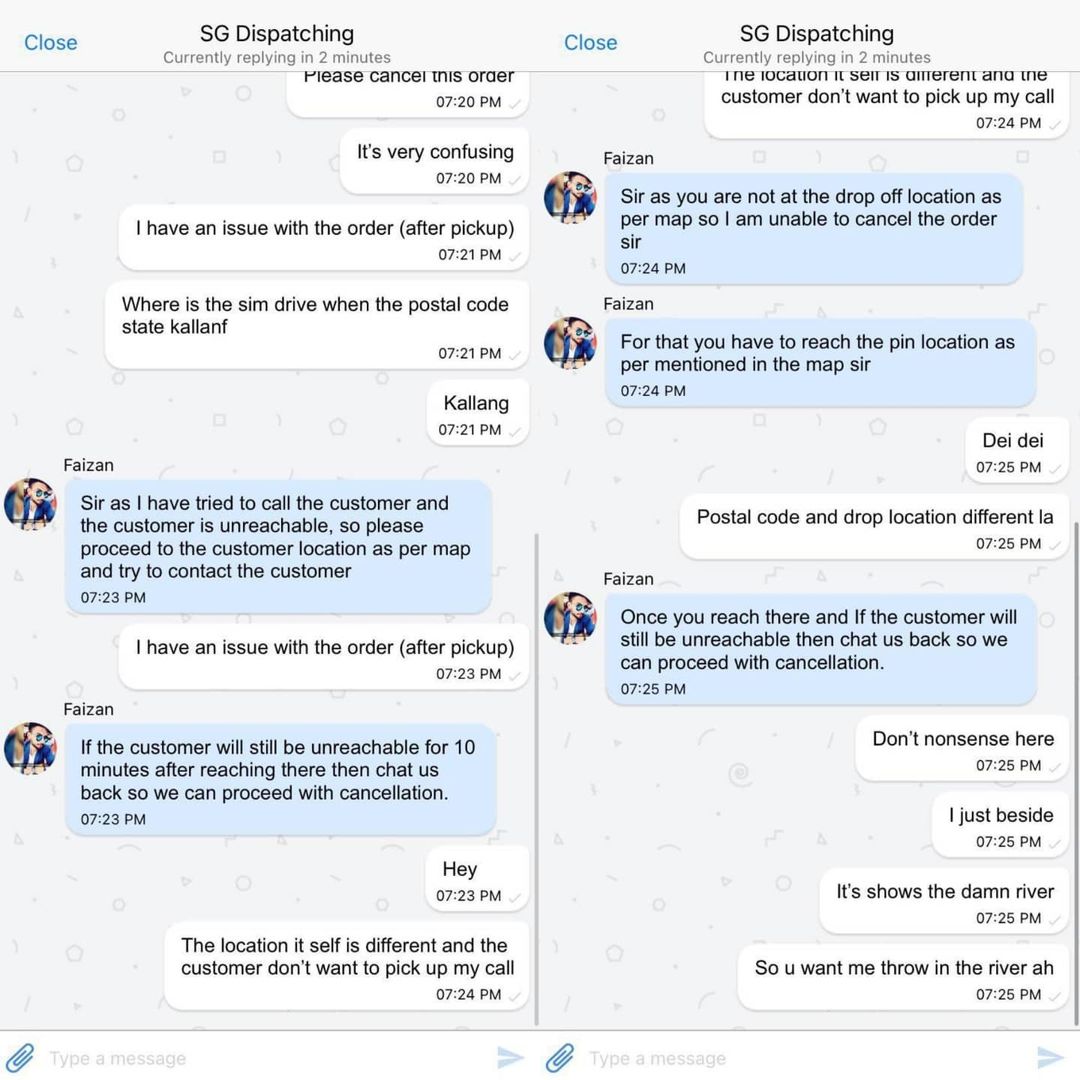 After bringing this up, a customer service agent instructed the rider to contact the customer after reaching the pinned location on his map.

However, the rider disputed this saying that he was already at the location on the map, and it turned out to be just beside Kallang River. The customer was nowhere in sight as well.

He then suggested if he should throw the order into the river.

After that message, the customer service agent noticed that the customer updated the pin, placing it outside the delivery zone. 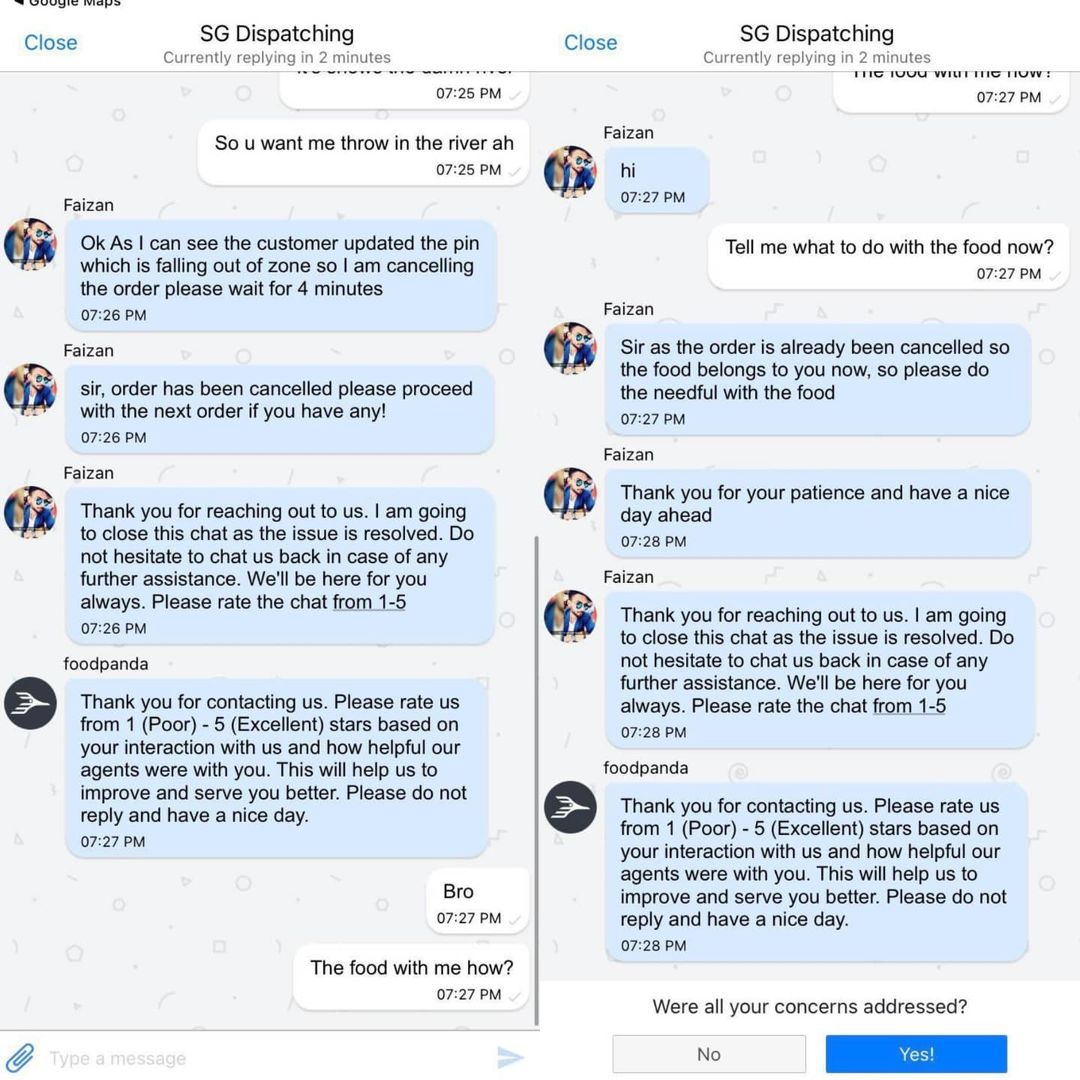 With this, the agent could cancel the order, leaving the rider to do whatever he pleased with the food.

The unexpected turn of events had the delivery rider scratching his head, and he even asked if he could return the food back to the vendor.

However, the customer service agent told him that there was no need to do that, to which the delivery rider replied in Tamil, ” What the…” We don’t know what happened to the food in the end, but we hope for the rider’s sake that his income wasn’t affected.

Delivery riders have the most interesting stories

Though food delivery mishaps aren’t always pleasant, they may leave us with unforgettably amusing experiences like this.

We hope that the rider sees this puzzling delivery job as a blessing in disguise.

Not only did he get free food in the end, but he also went home with a story to tell.