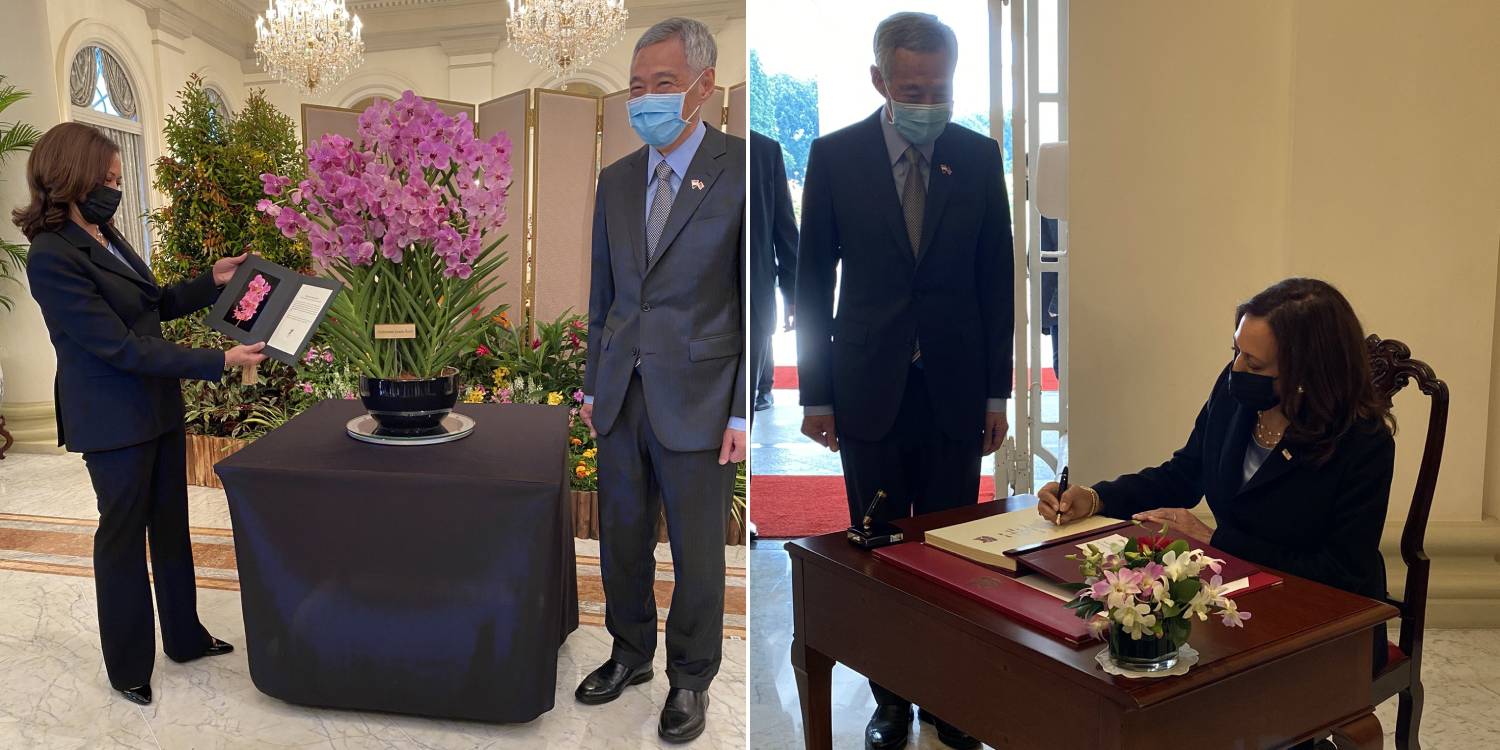 She also had meetings with President Halimah and PM Lee.

Kamala Harris Visits The Istana & Gets An Orchid Named After Her

As announced, she also received an orchid named in her honour during a ceremony.

Kamala Harris has orchid hybrid named in her honour

The Istana ceremony took place on Monday (23 Aug) morning, during what is Ms Harris’ first official visit to Singapore. 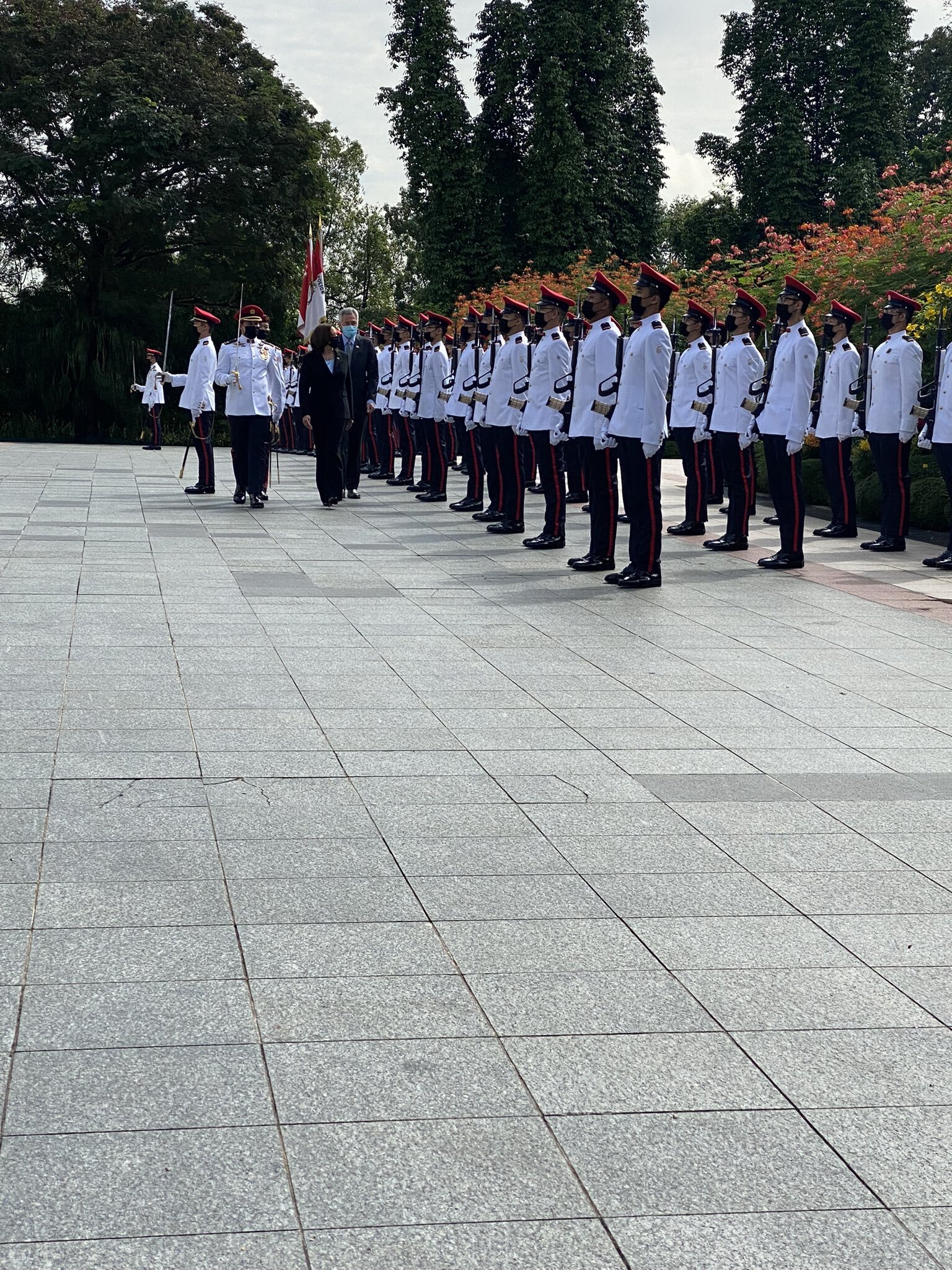 She also had an orchid named in her honour, the Papilionanda Kamala Harris. The Ministry of Foreign Affairs (MFA) noted that it is an orchid hybrid. 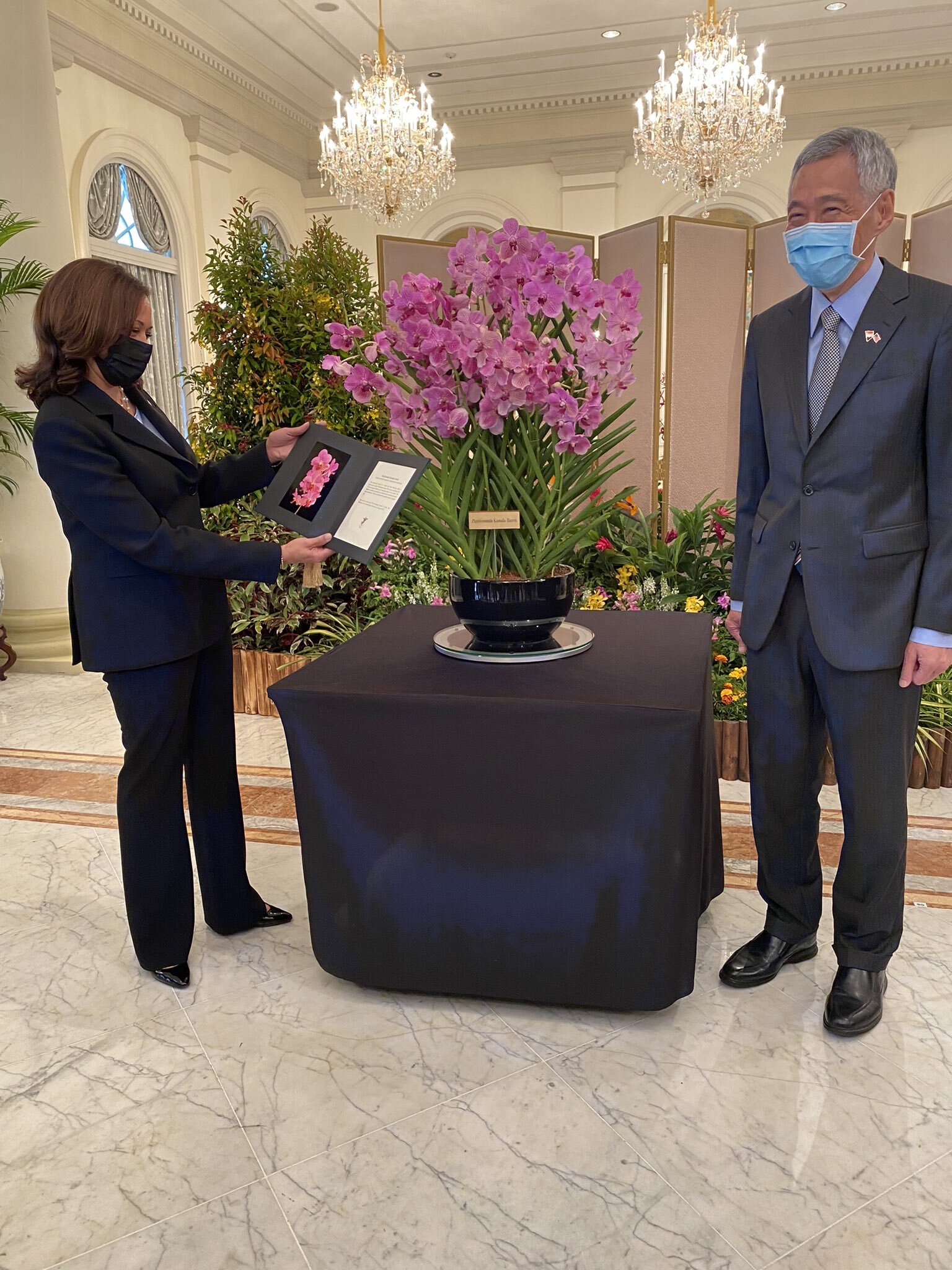 If you’re wondering about the significance — the orchid is of course, Singapore’s national flower, and many foreign dignitaries have received this honour. 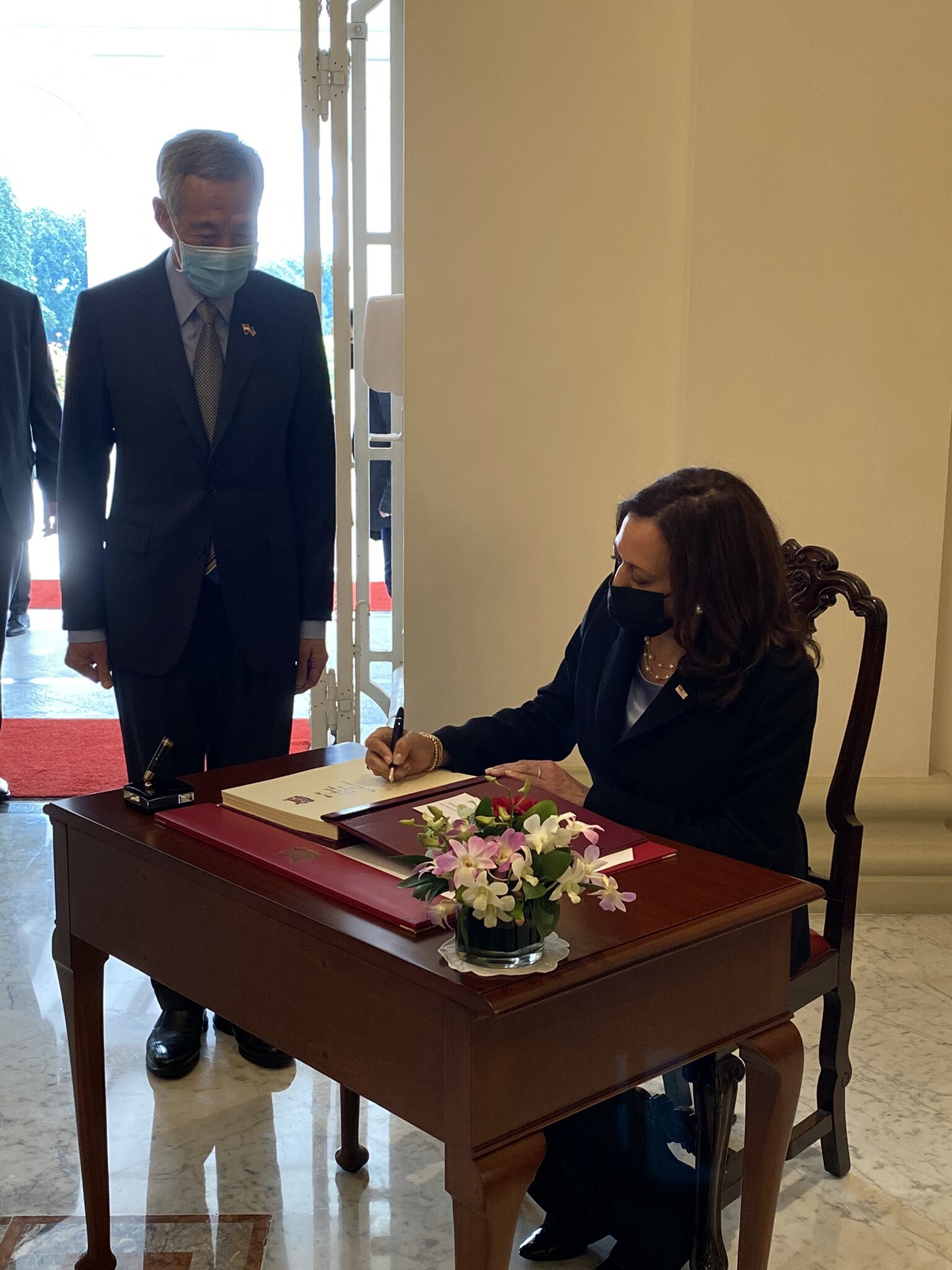 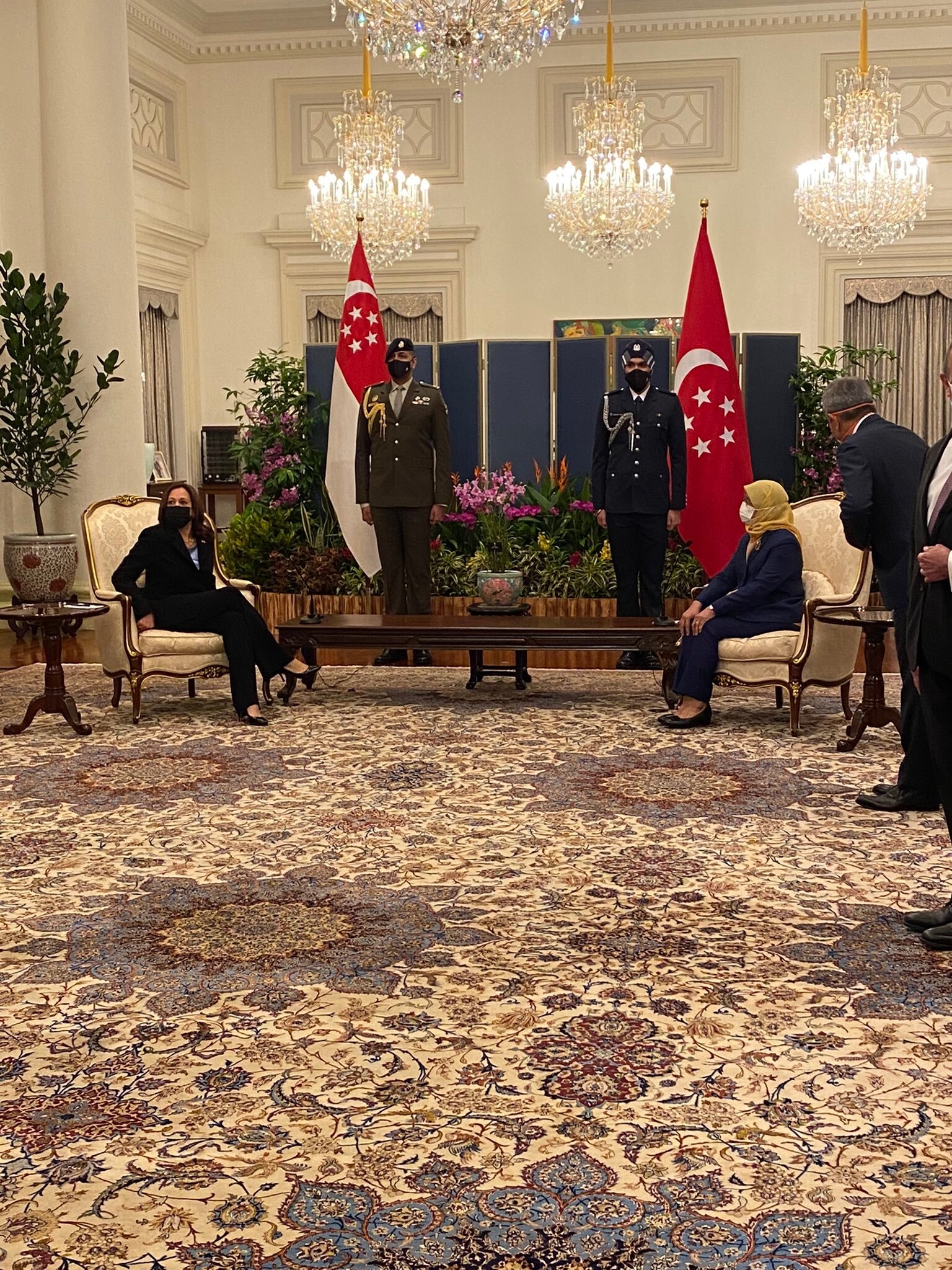 Following that, a press conference with PM Lee awaited.

Regional security a focus of meetings

The visit is certainly not just for leisure, as it’s sure to be a jam-packed schedule for Ms Harris.

On the agenda, according to The Straits Times (ST), are:

These are highly important for not only Singapore but also the US as we seek cooperation even as global powers converge.

Hope for meetings to go well

The meetings, besides being historic, will also look to strengthen our ties with the US, an important ally.

Globally, Singapore is small but important given our location and position economically.

Having good relations with our neighbours and world powers is highly important if we are to secure our safety and prosperity for the coming years.