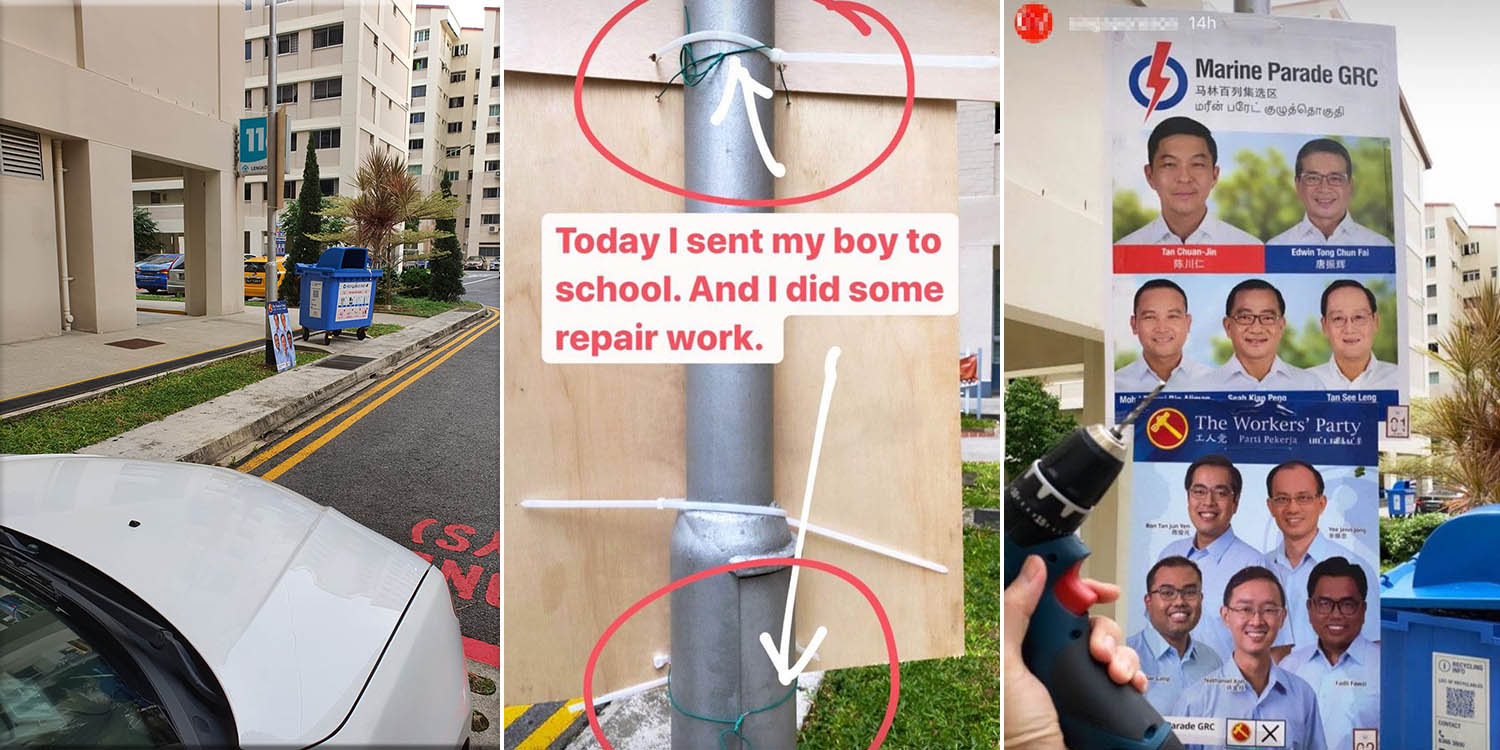 He even reinforced it with wires.

Over the course of the recent campaigning period, we’ve seen clips of political posters being vandalised and in some cases, taken down without permission.

However, for this case, an individual citizen took matters into his own hands and repaired the poster days after it was vandalised. 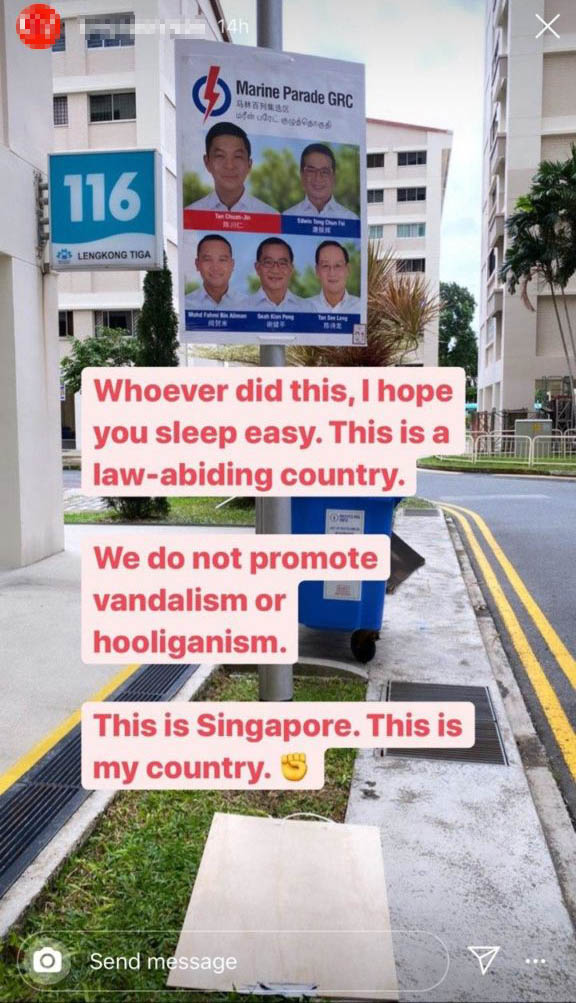 While he didn’t have to do so, it’s nice to see that some are concerned about poster vandalism.

Poster spotted lying next to a recycling bin

The alleged removed poster was first highlighted on Tuesday (7 Jul).

A netizen shared a picture of a Workers’ Party poster resting next to a lamp post located next to Block 116 along Lengkong Tiga, in Kembangan. 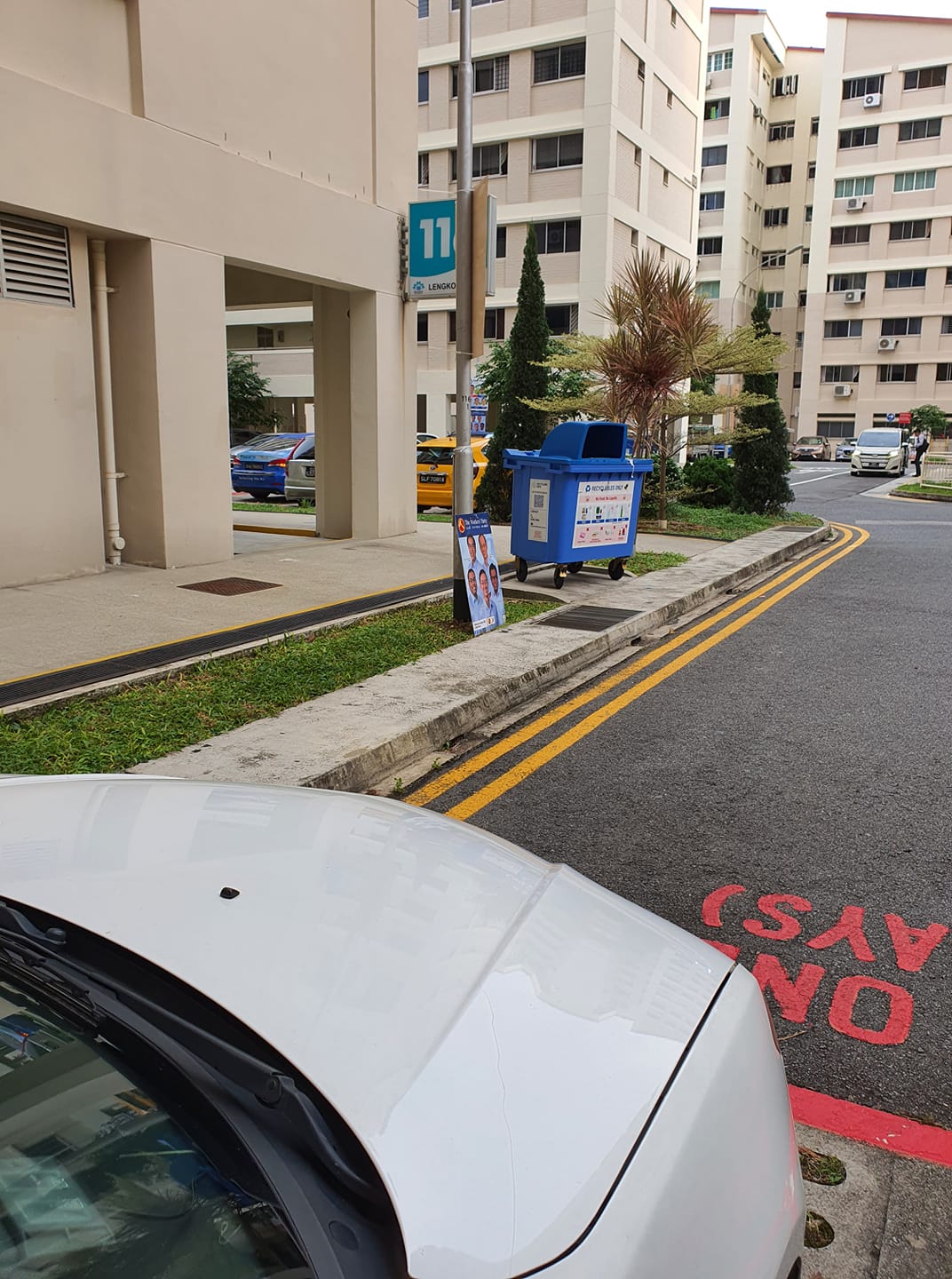 A fellow netizen commented on the same day that he had reported this incident to the Workers Party volunteers.

Within days, Mr Koo, a photographer who has captured numerous pictures for the Workers’ Party (WP), decided to put the poster back up. 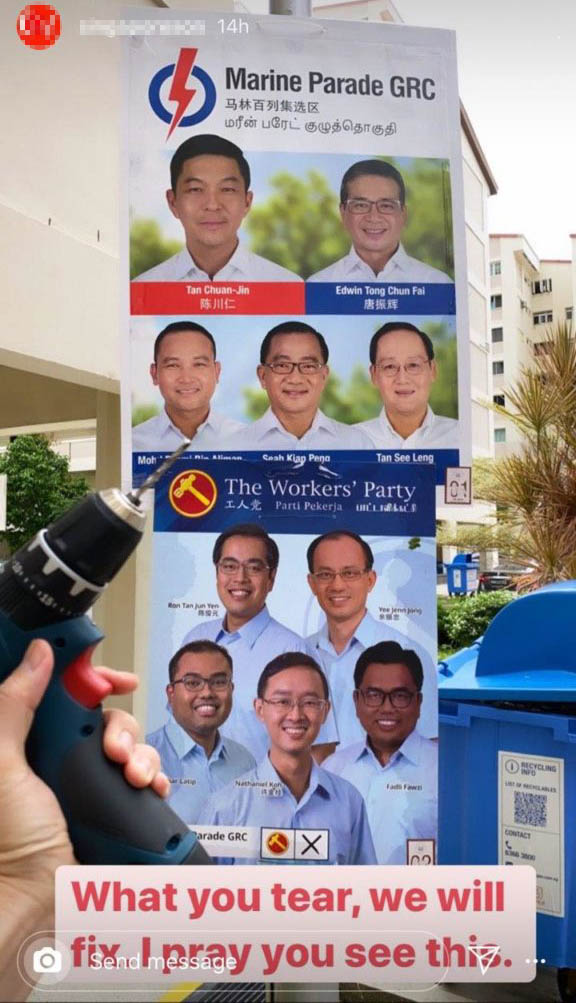 Mr Koo shared through an Instagram story on Thursday (9 Jul) that he had repaired the removed poster after sending his son to school. 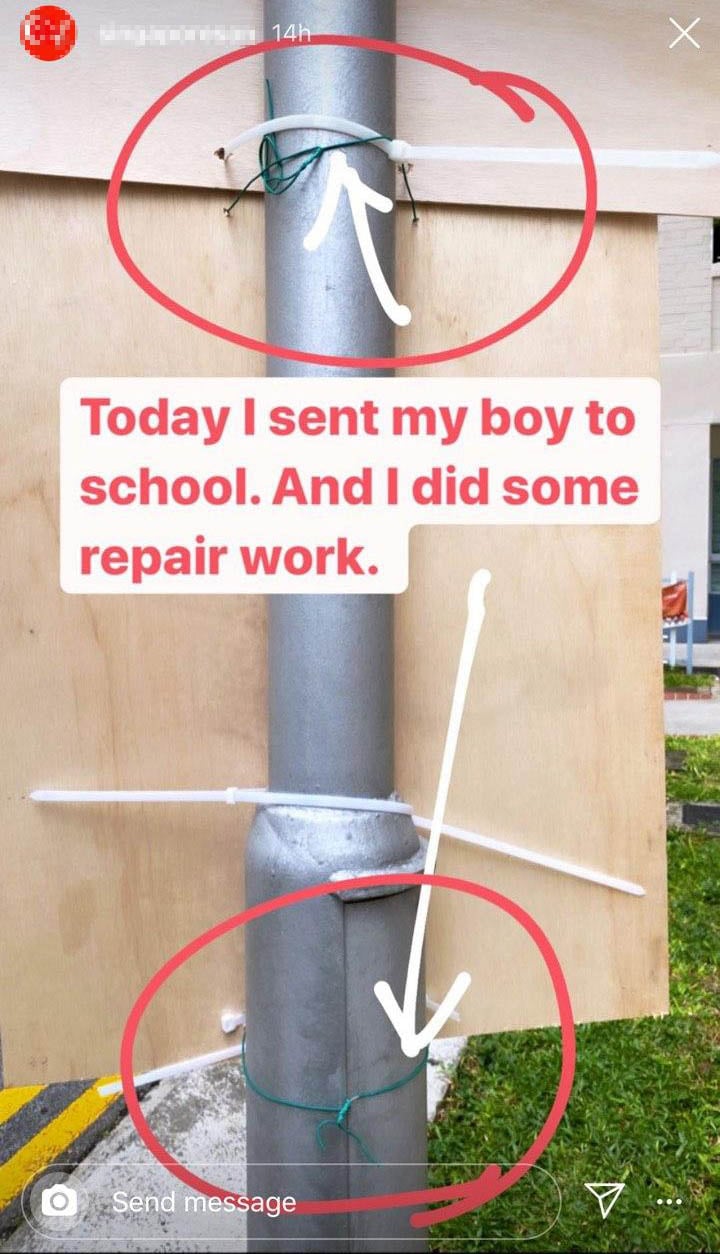 From the picture, it appears the Kembangan resident used cable ties to reattach the poster on the lamp post.

Additional green wires were also added to reinforce the poster, to deter it from being removed again.

In a separate Instagram story, he condemned the alleged culprit, highlighting how Singapore is a “law-abiding country”.

He further noted that Singapore does not “promote vandalism or hooliganism”.

Important to respect the views of others

While we cannot be certain that this was indeed an act of vandalism, we hope that the relevant authorities will look into this matter.

While each of us may have our own political views, it is important that we respect the rights of every political party and individual.

Kudos to Mr Koo for doing his civic duty and re-attaching the poster, even though he could’ve simply reported the incident.