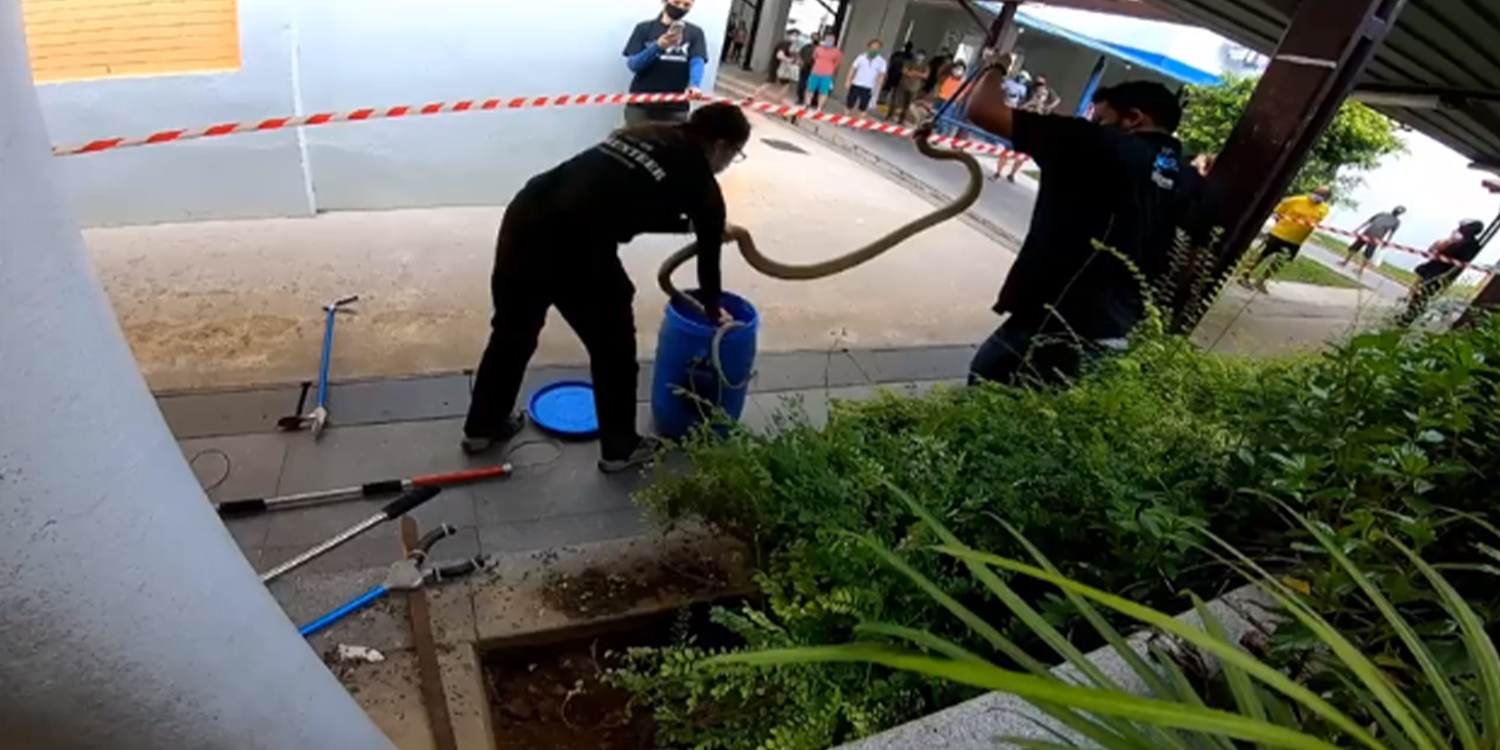 When humans retreated into their homes to beat Covid-19, the animals came out of hiding and reclaimed the Earth. A giant cobra was just one of those looking to stake their claim yesterday (3 May) near Marsiling MRT station.

Despite ‘Circuit Breaker’ measures, a crowd had formed to watch the King Cobra, which isn’t usually spotted in urban areas.

The Animal Concerns Research and Education Society (Acres) shared on Facebook the process of them capturing, then releasing the snek from the urban jungle.

According to STOMP, the king cobra was seen hanging out on Sunday (3 May) near Marsiling MRT station. 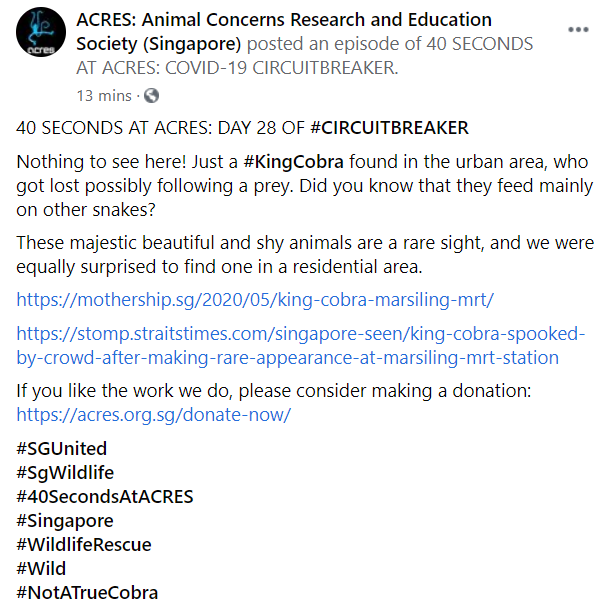 Perhaps Sunday was its day out, but its presence can be frightening due to its large size.

Acres was called down to the scene almost immediately. Do note that you can call either NParks or Acres for such matters. The police will direct you to either of these.

Armed with those long kiapping tools along with a videographer, the volunteers set to work. 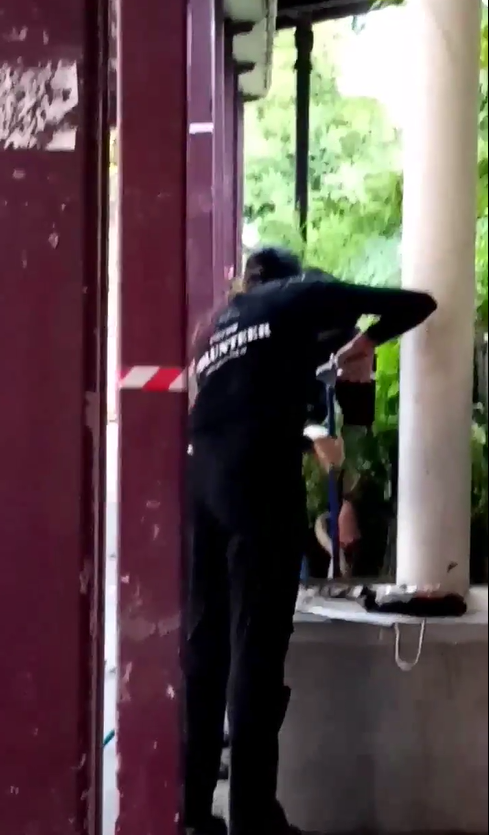 You almost wish that Crocodile Hunter Steve Irwin would be alive to commentate on the proceedings, what a beauty. Rest in peace, Steve.

After some efforts, during which the long reptile appeared to resist, Acres managed to capture it, placing it into a blue bin for storage. Score one for humanity. 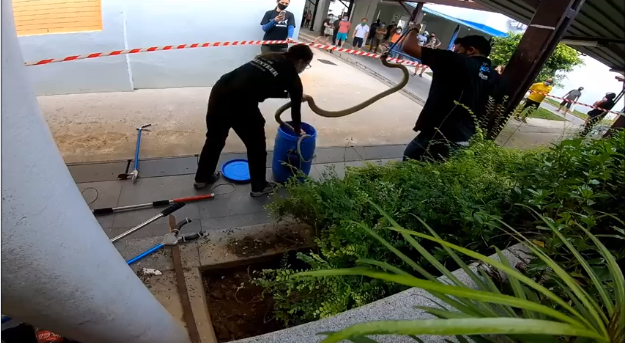 Acres then released the cobra back into the wild after, where it belongs. Reptiles gotta stay home too.

Are the animals harming us, or the other way round?

Perhaps humans really should just stay at home, if it means animals can roam more freely.

We’re lucky that the king cobra didn’t harm anyone, but one does wonder: are we the ones harming the animals instead?

That’s something to muse over as we sit at home.