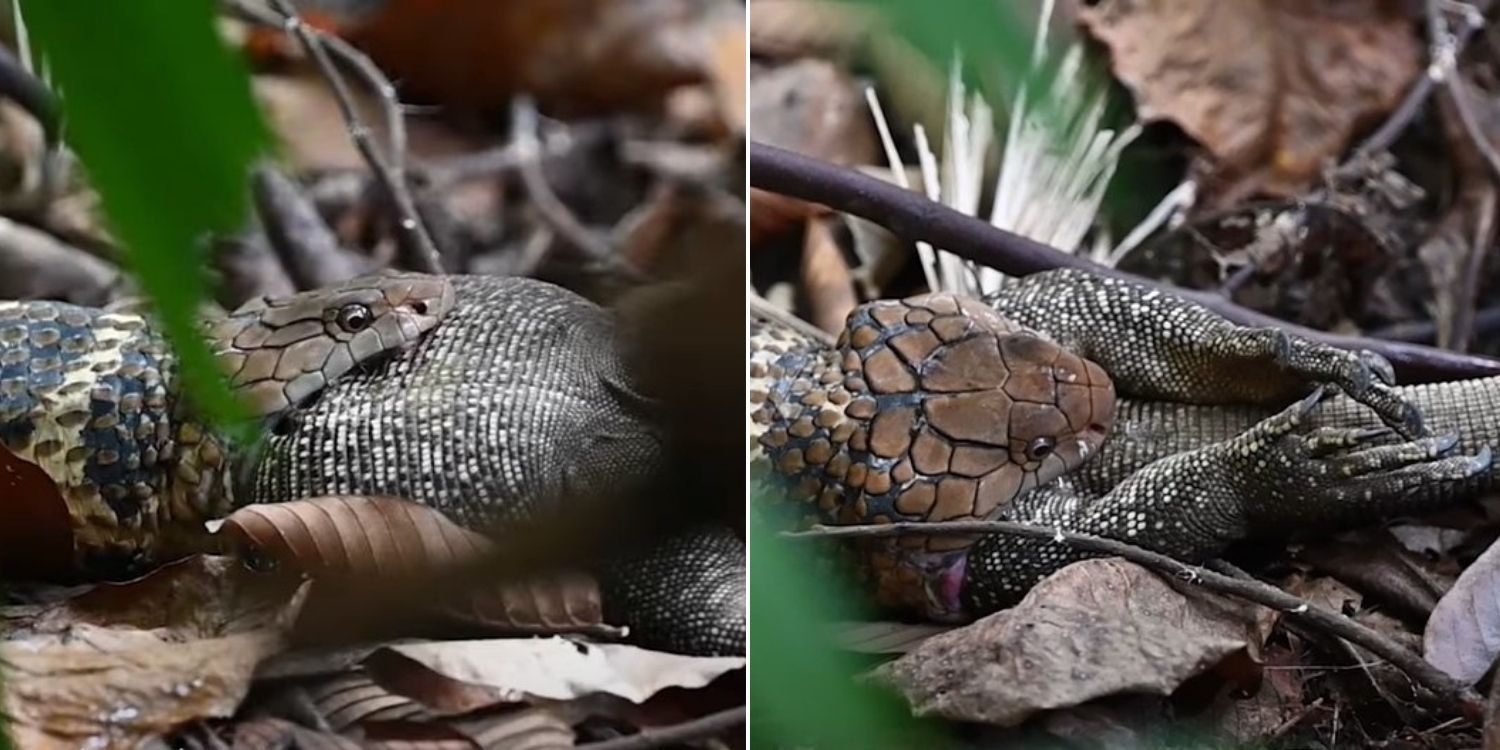 He managed to snap the photos without the help of a tripod.

Monitor lizards are large, fearsome creatures that are capable of brutally devouring other animals easily.

However, it appears that in the wild, they might not be a match for another apex predator — the king cobra.

A Singapore photographer managed to catch the extraordinary sight of a king cobra swallowing a monitor lizard whole. He might not have witnessed this rare spectacle had he not overslept on the bus.

They showed a king cobra in the process of swallowing a motionless monitor lizard. 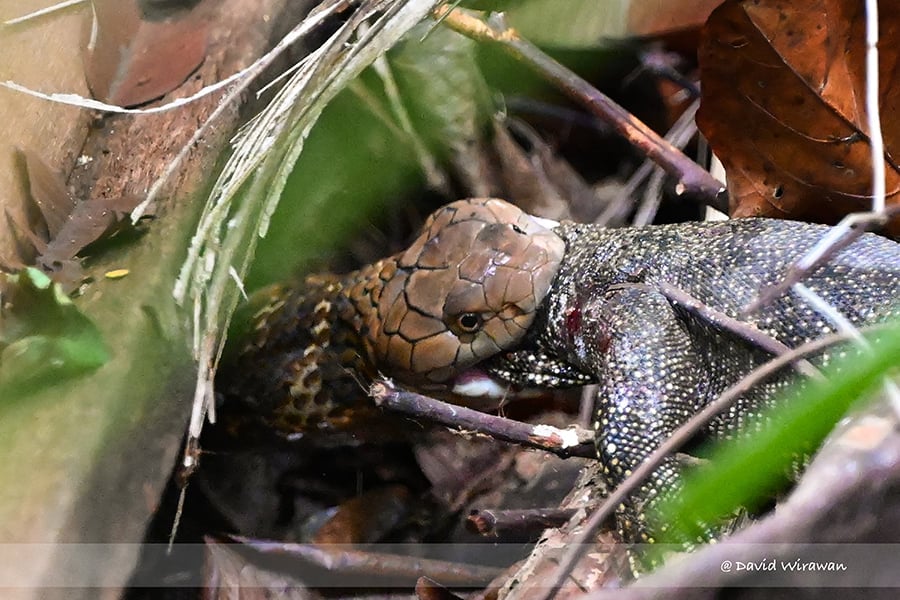 To fit such a large animal in its mouth, the king cobra had to stretch its jaw considerably. 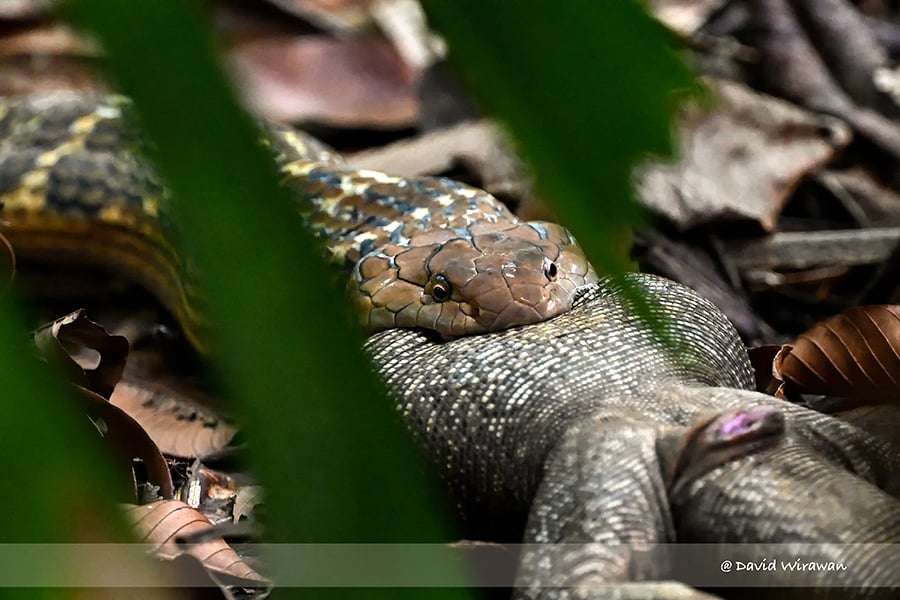 Eventually, the snake managed to gobble up the torso and legs of the monitor lizard. Soon, all that was left was the monitor lizard’s tail sticking out of the cobra’s mouth. 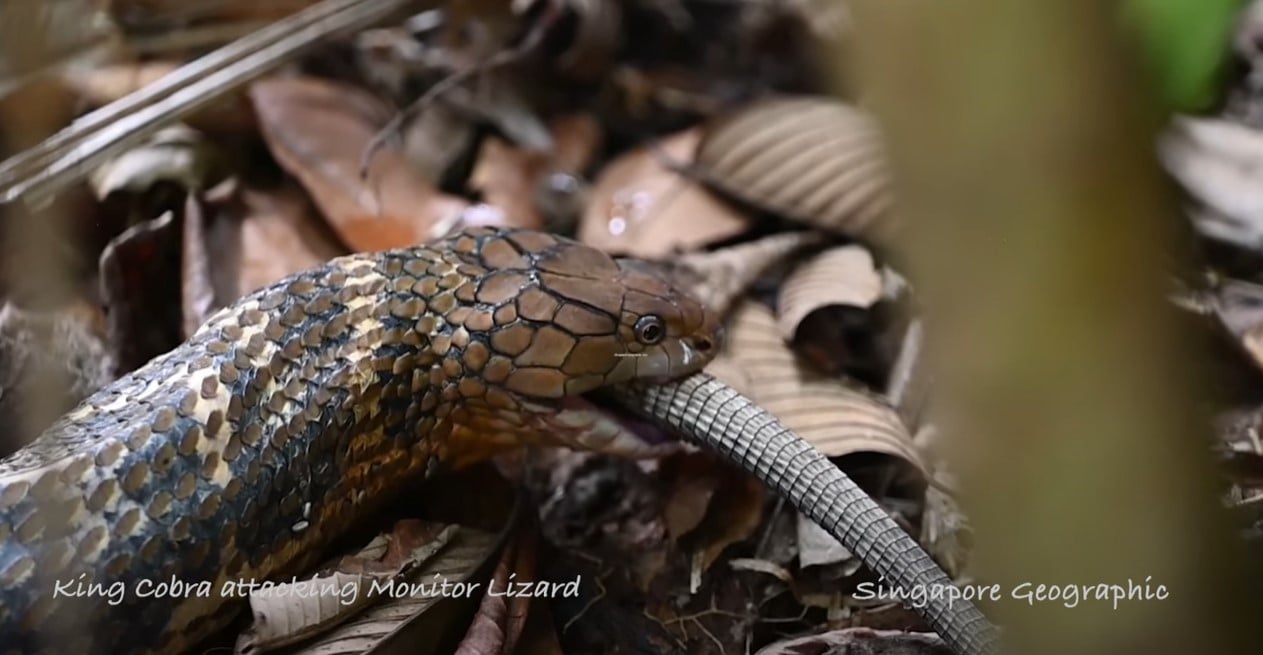 In his post, Mr Wirawan said that on Saturday (30 Apr), he’d planned to head to the Dairy Farm area to take photos of insects.

As such, he didn’t bring his tripod along. 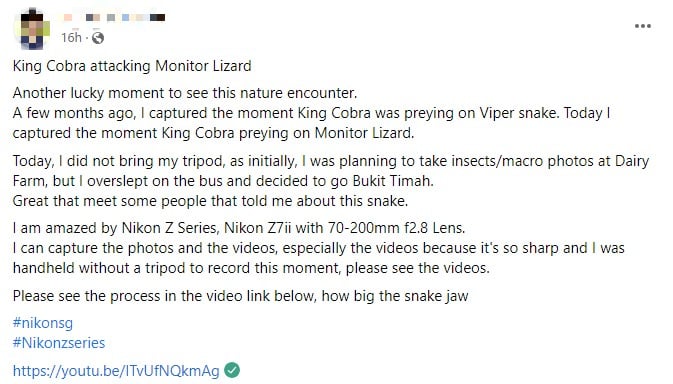 However, his plans changed when he overslept on the bus and decided to go to Bukit Timah instead.

After some fellow nature lovers told him about the king cobra, he managed to snap these once-in-a-lifetime shots – without even the help of a tripod. 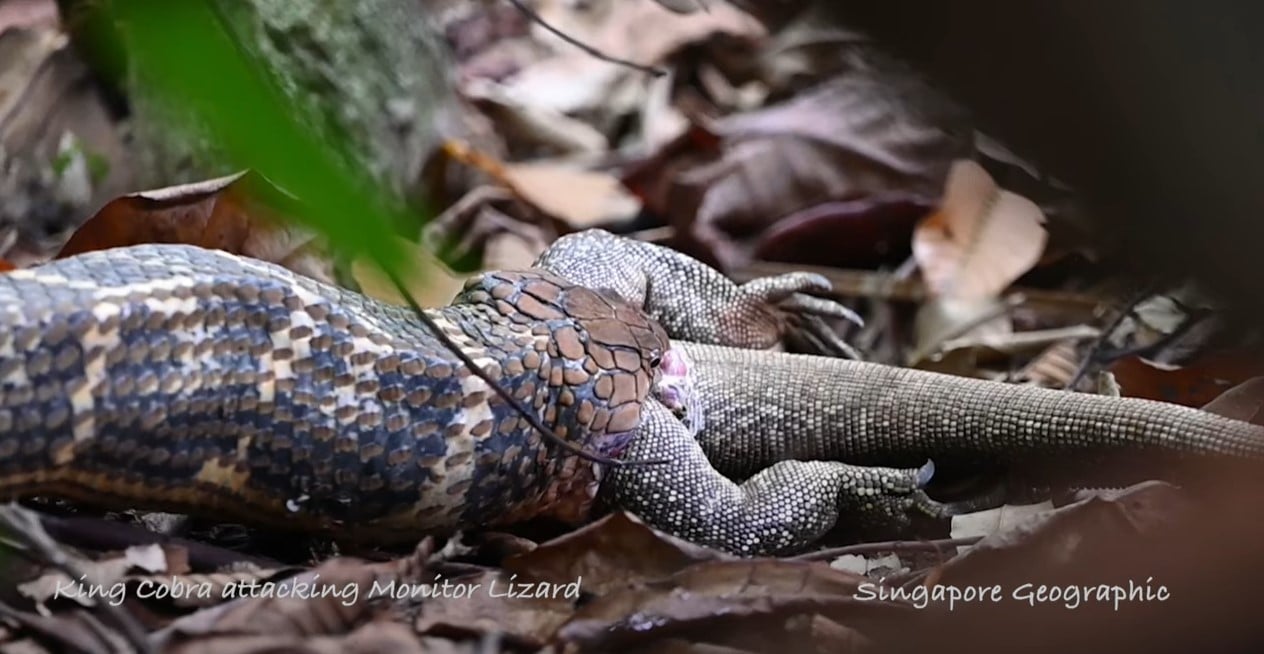 Looks like sometimes an unexpected change of plans could turn out to be positive.

King Cobra was about 3m long

In response to queries, Mr Wirawan estimated the king cobra to be about 3m or more in length.

A netizen who commented on the post also praised the capabilities of Mr Wirawan’s Nikon camera, which took sharp images despite the lack of a tripod.

Keep a safe distance from cobras

While king cobras have been known to eat their prey whole, it’s less common to catch sight of them actually doing so — especially if the prey in question is a monitor lizard.

Kudos to Mr Wirawan and his equipment to treating us to these remarkable photos and video.

However, while cobras usually avoid people, it’s best to keep a safe distance from them if encountered in the wild.