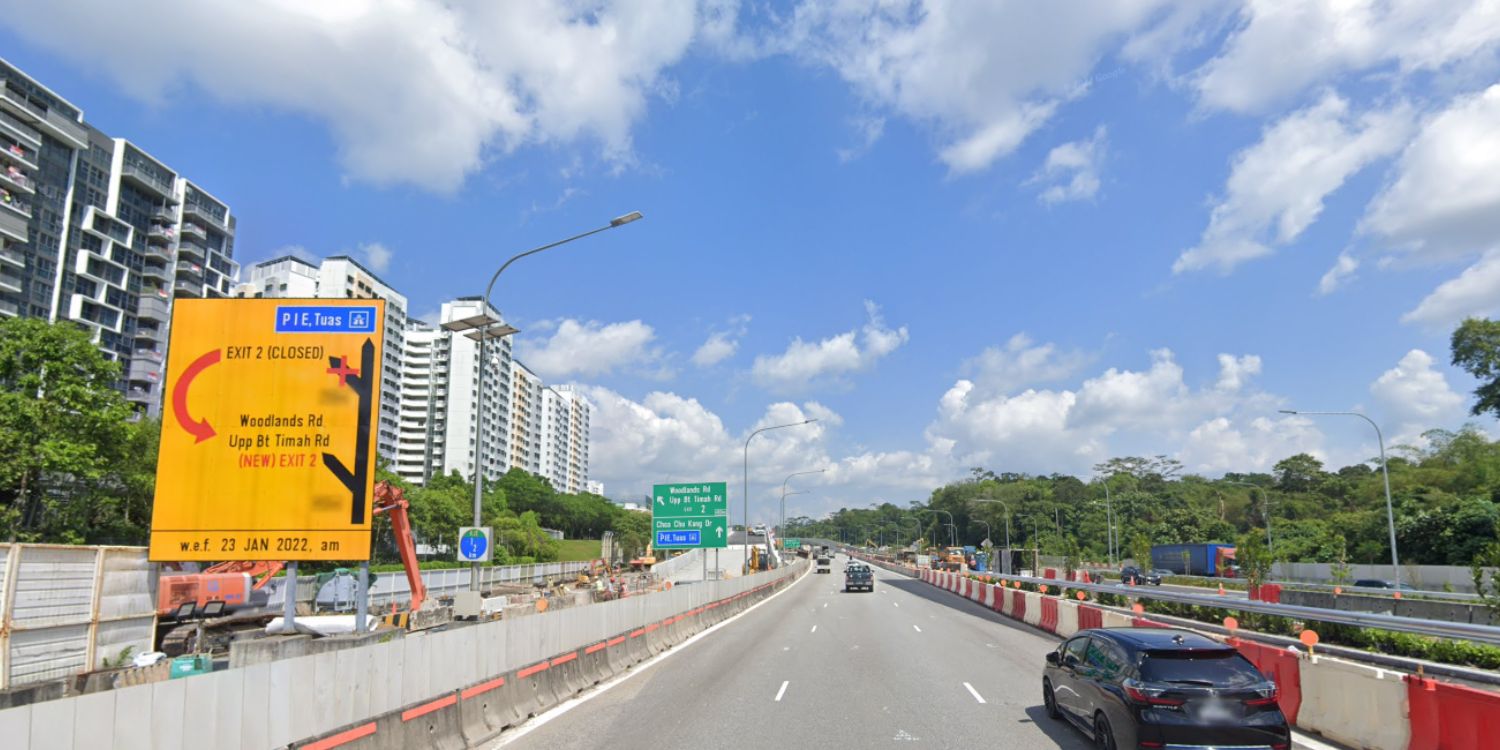 The flyover will hopefully speed up commutes for residents in the area.

From 17 Dec, residents in the Bukit Panjang area can enjoy greater accessibility to the Bukit Timah Expressway (BKE).

The new flyover offers a direct and shorter travelling route to and from the BKE and KJE.

In a press release on Tuesday (6 Dec), LTA stated that construction of the flyover and other road enhancements started in Nov 2017.

Now, over five years later, the new flyover will officially open at 10pm on 17 Dec. 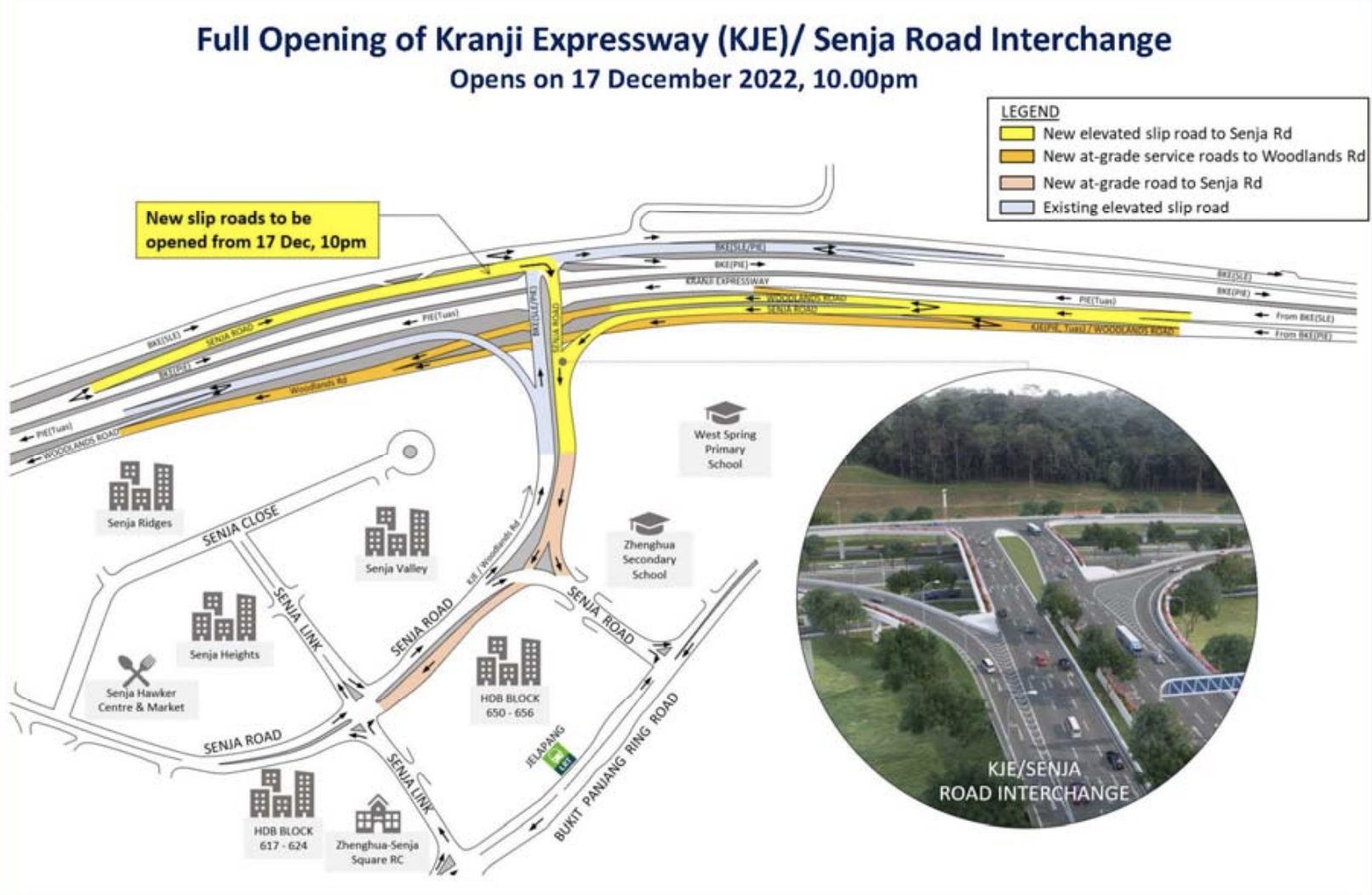 Since the beginning of the year, the authorities have been gradually opening the flyover and adjusting the surrounding roads.

For instance, a section of the flyover to KJE (PIE, Tuas) and Woodlands Road opened in January this year. To increase the road capacity, Senja Link and part of Senja Road were converted to a one-way road in April. This is because of the anticipated rise in traffic in the area.

On 25 Sep, sections of the flyover opened to allow outbound traffic from Senja Road to BKE. Currently, residents enjoy the direct and shorter travelling route towards BKE, said LTA.

After the remaining part of the flyover opens on 17 Dec, residents can return to Bukit Panjang from the KJE/BKE through a more efficient route. 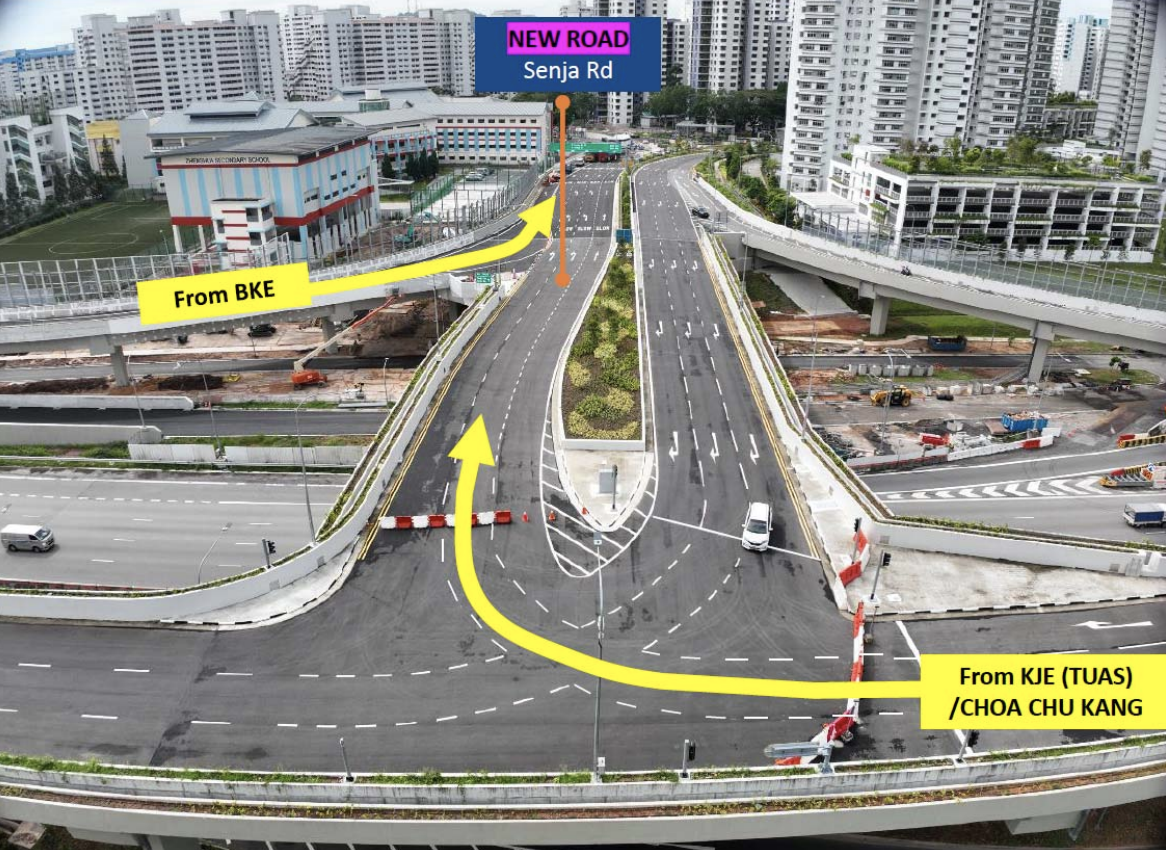 Before the flyover’s opening, LTA claimed that they engaged residents and other stakeholders about the changes to the road network.

To guide drivers, they will be placing directional and informational traffic signs near the start of the new slip roads.