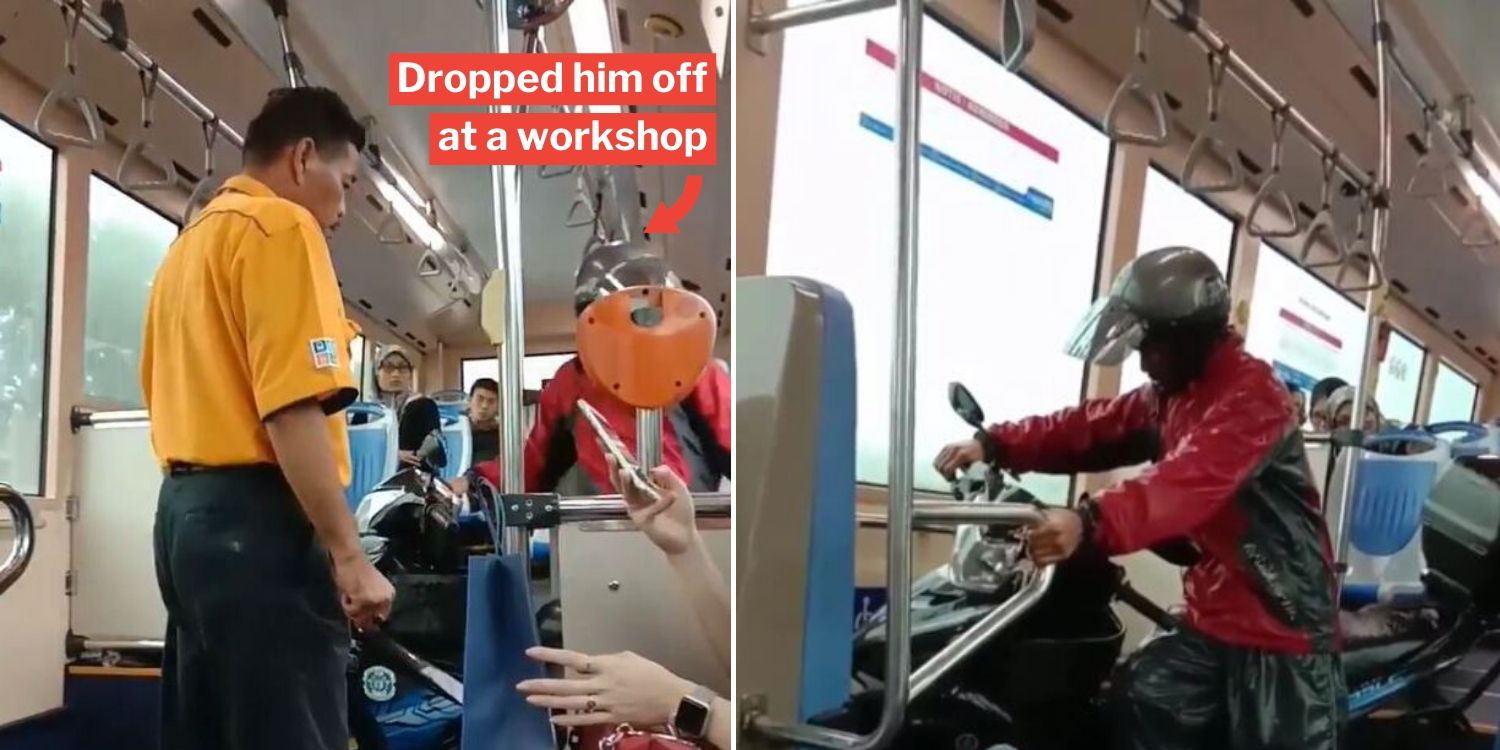 Motorcyclists are often at the mercy of the rain, having to stop at the roadside and seek shelter in a downpour.

A motorcyclist in Kuala Lumpur (KL), Malaysia, had it worse when his bike broke down in the heavy rain on Thursday (19 Dec).

Fortunately, a RapidKL bus driver saw him in trouble and decided to offer him a ride, even giving space for his bike.

A motorcyclist stopping on the road when it rains is a common sight which won’t make many of us think twice. 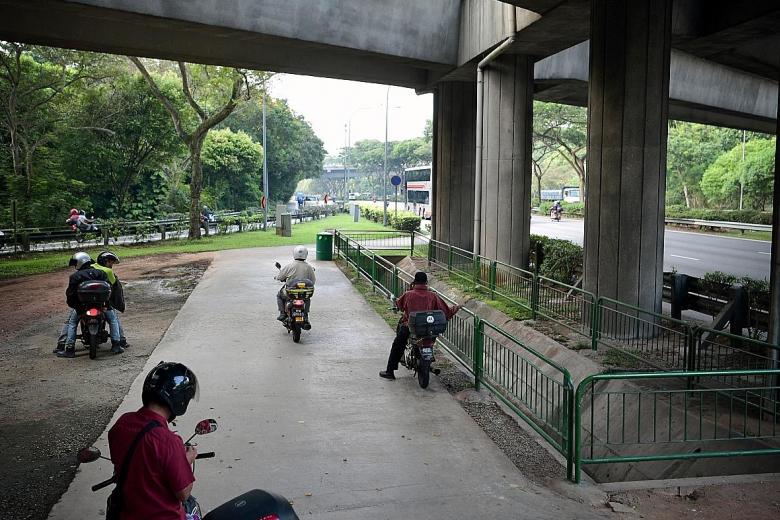 But a public bus driver couldn’t help but worry when he noticed a motorcyclist struggling on the road as the rain beat mercilessly down on him.

Seeing that he seemed to be having trouble starting his bike, the driver made a split-second decision to stop and help.

Perhaps unable to offer any other form of relief without neglecting his passengers, he did the only thing possible at that time – offer the motorcyclist a free ride.

Motorcyclist hitches ride with his bike in tow

With his bike in tow and drenched from the rain, the motorcyclist boarded the bus and was quite a sight to behold. 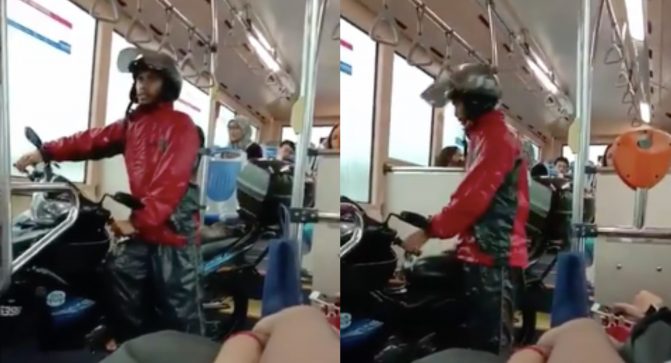 Malaysian media site OHBULAN! quoted Twitter user fiezapinky who captured the incident in a viral video that she has since deleted.

Her caption translates into:

Today was the first time I saw a RapidKL bus driver help a drenched brother with a spoiled bike. Bike is in the bus. Incident happened after the Sunway toll booth, in the downpour. Kudos to the bus driver.

Allowing someone onto the bus for free is one thing, but helping him to transport his large vehicle is truly going the extra mile. 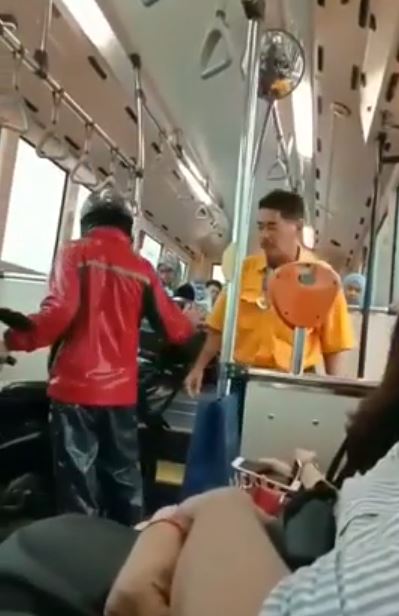 Hats off to the generous driver who went out of his way to help a stranger in need.

Stopped right in front of a workshop

His kind deeds didn’t stop there as he apparently stopped the bus right in front of a motorcycle workshop along the way. 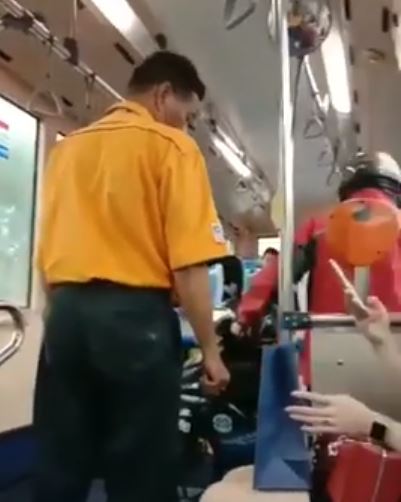 The driver assisted the motorcyclist as he alighted, and ensured that he settled in at the workshop safely.

You can watch a video of the incident here:

Fiezapinky observed that the driver didn’t ask for any payment.

RapidKL addressed the viral video in a thread they have since removed, saying that kindness is part of Malaysian culture. 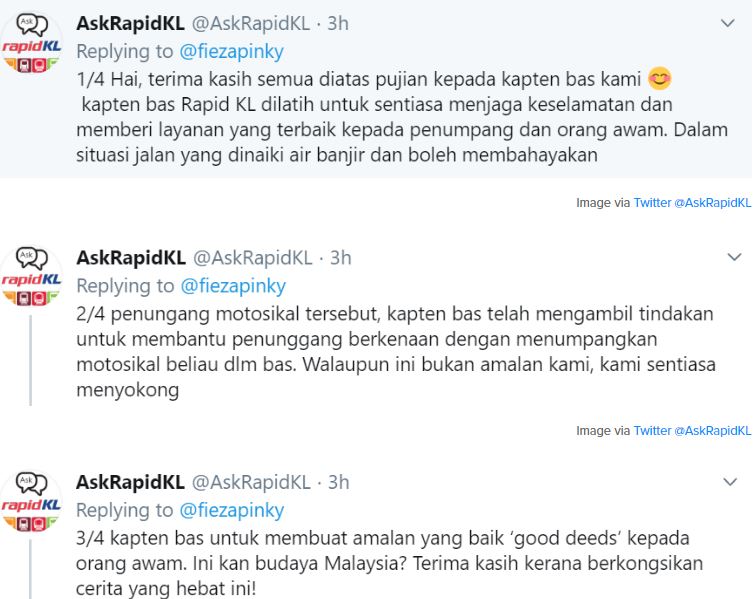 We hope that everyone can learn from the driver’s example and show some kindness to people who need it.

Kudos to him, and here’s looking forward to more positive stories like this in the new year.