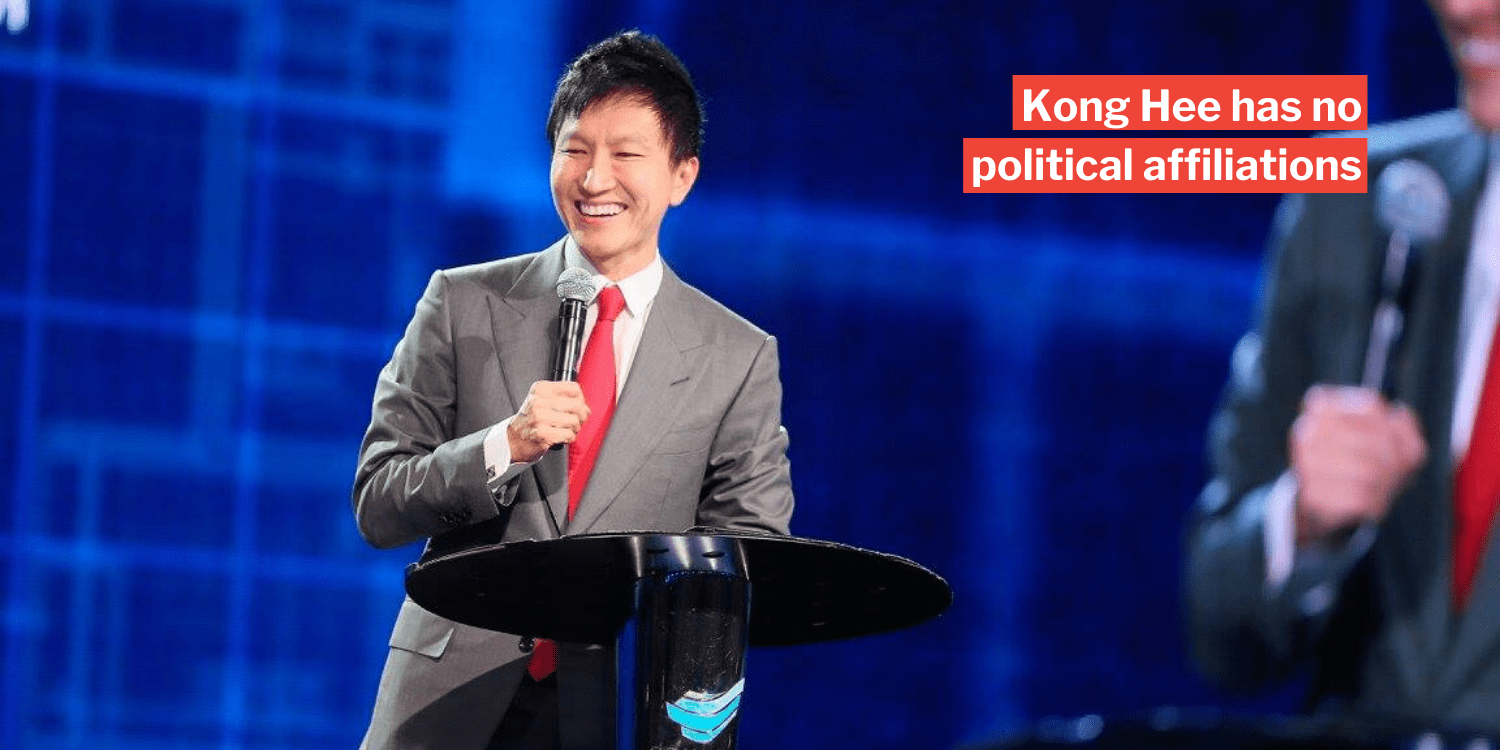 With discussions of the elections in full swing online, an edited photo of 56-year-old Kong Hee surfaced and was circulating on social media. In the edited image, the City Harvest Church founder was described to be donning a white polo tee, with the People’s Action Party (PAP) logo on it.

On 8 Jul, City Harvest Church informed its members that the image of Mr Kong was “digitally altered”. The church was aware of its circulation online. 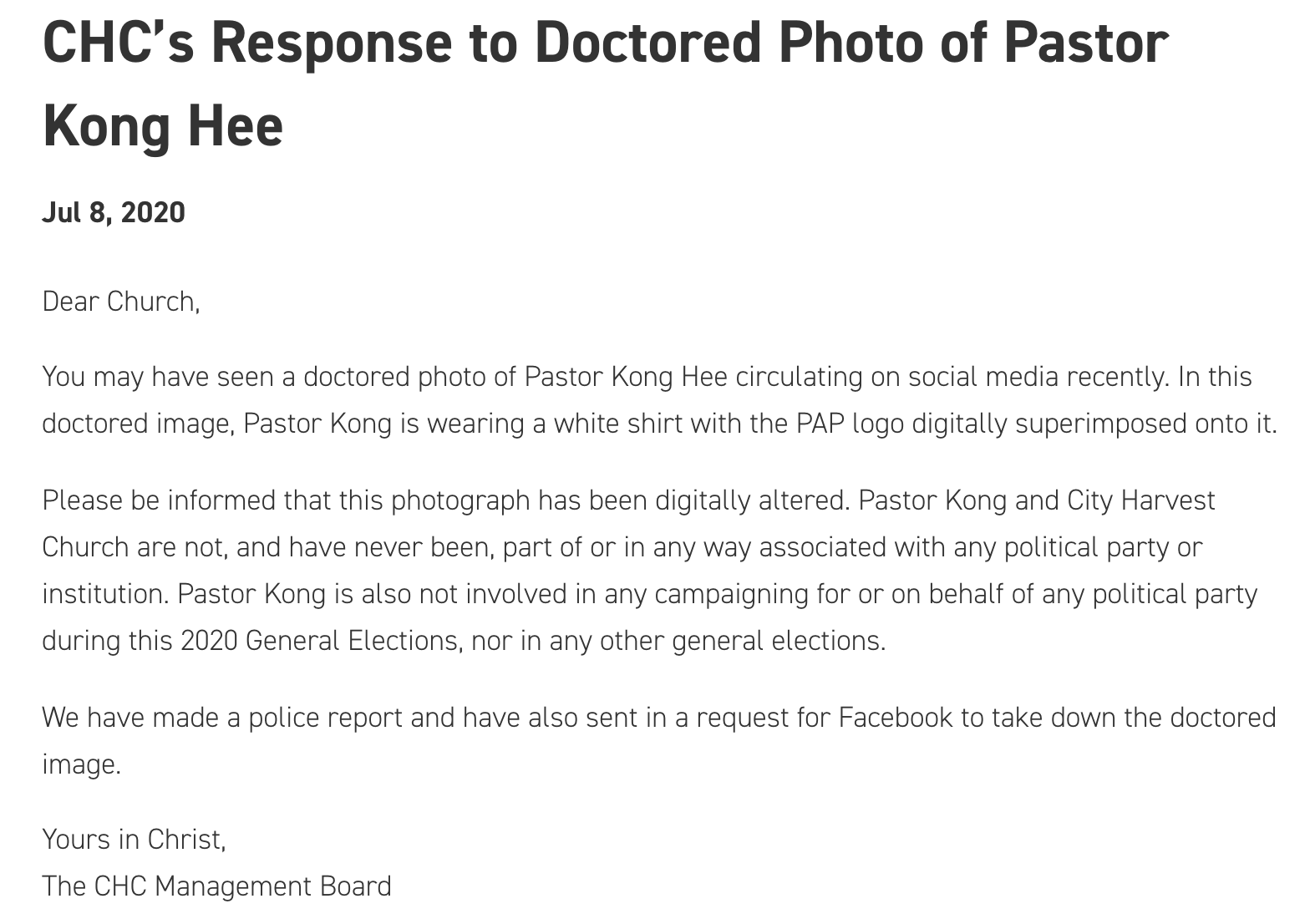 The church reassured its members that,

Pastor Kong and City Harvest Church are not, and have never been, part of or in any way associated with any political party or institution.

The management board added, Kong Hee was “not involved in campaigning for or on behalf of any political party during this 2020 General Elections, nor in any other general elections”.

City Harvest Church has since lodged a police report and informed Facebook to take down all doctored images.

Original photo taken when Kong Hee was released from prison

The original photo is believed to be from last year, taken when Kong Hee was released from prison after doing his time for misappropriating church funds. During the scandal, his education qualifications had raised suspicion too.

Mr Kong was released 2 years and 4 months after being jailed. He was granted an early release for good behaviour.

Be wary of unverified information online

There are many viral half-truths on the internet today. When met with questionable “fake news”, do verify the information before sharing.

Spreading false information does more harm than good, so spending a moment to fact check before hitting that ‘share’ button is the responsible thing to do in the age of social media.