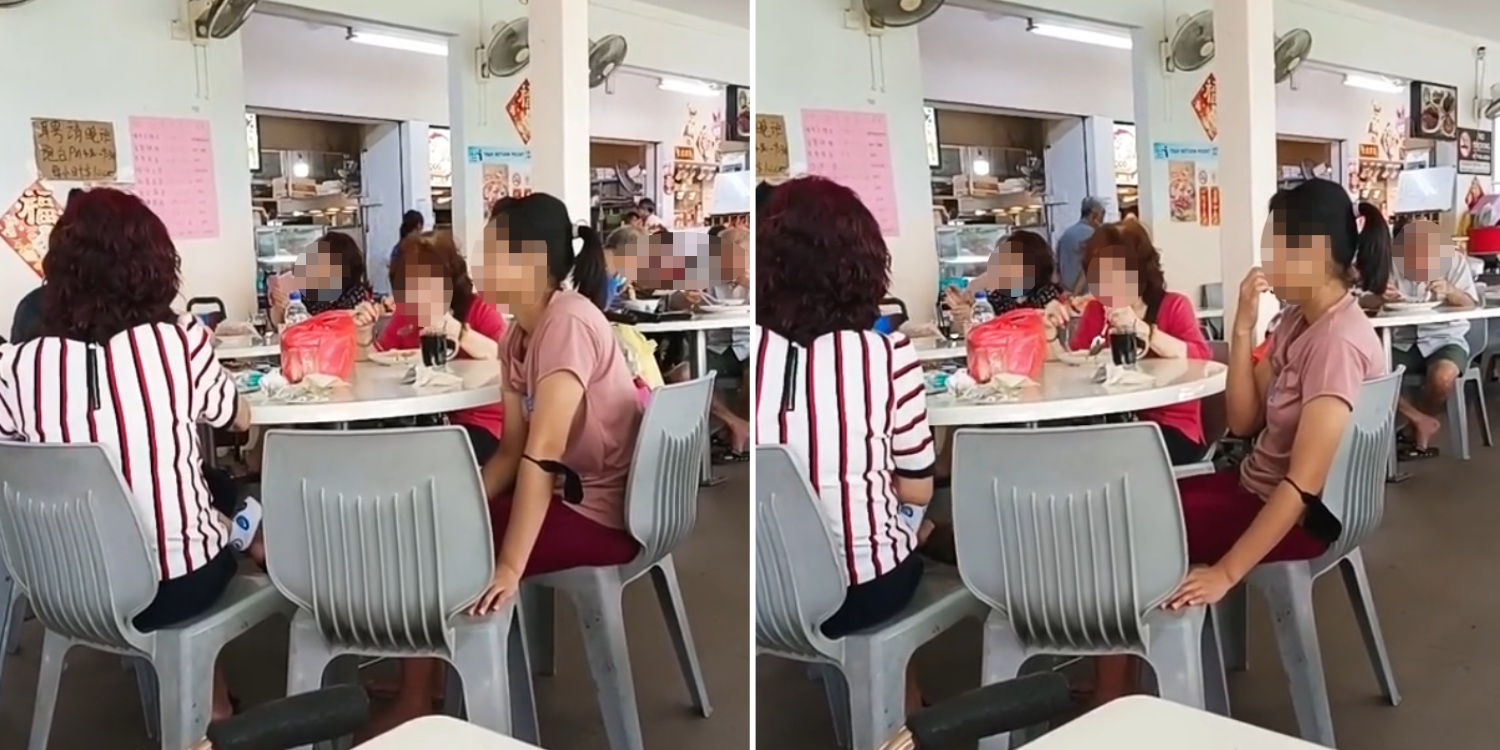 Some suggested that she could've already finished her food.

Recently, however, a user took to TikTok to criticise a family for allegedly not buying their helper any food while they dined at a kopitiam. 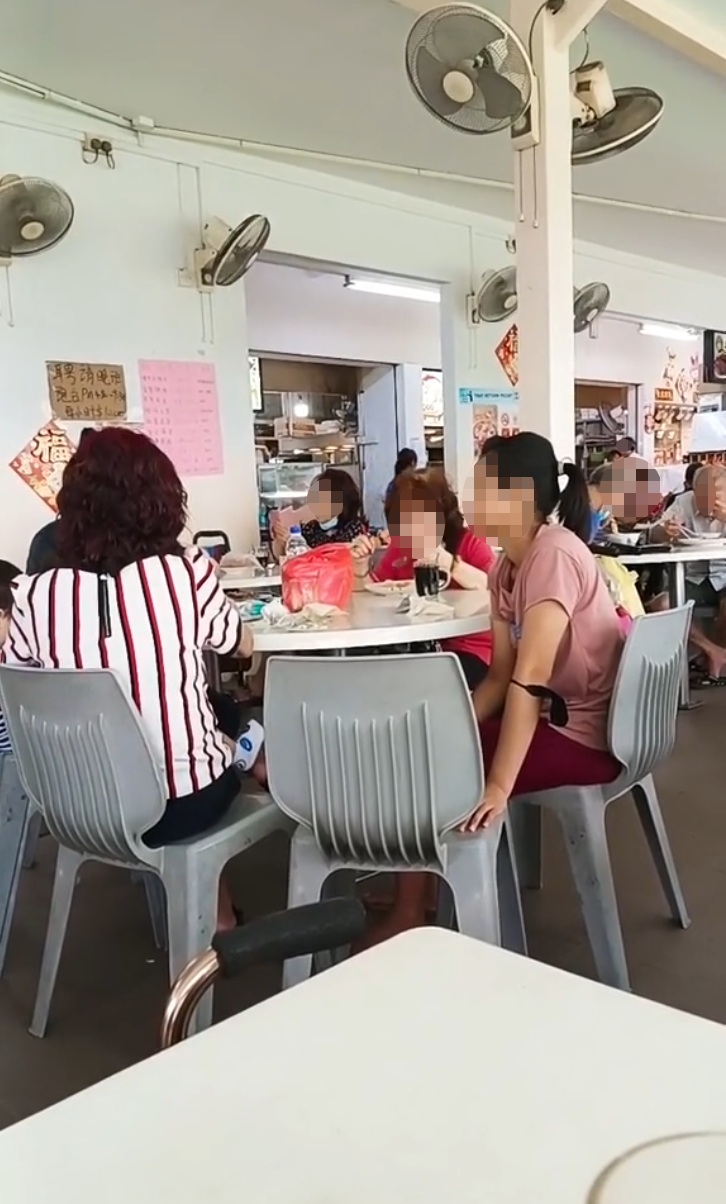 Others didn’t seem to agree wholeheartedly with the netizen’s criticism, asking her not to make any assumptions about the situation.

Alleged helper sits with family at kopitiam without food

On Wednesday (18 Jan), a TikTok user posted a video of a family dining at an undisclosed kopitiam in Singapore.

Sitting on the right side of the table was a lady dressed in pink, who was presumably a domestic helper.

While an elderly lady – presumably one of the helper’s employers – was seen helping herself to food with a cup of kopi next to her, the supposed helper had neither food nor drinks before her.

The supposed helper appeared restless, as she readjusted her posture several times while glancing at a toddler seated across the table. 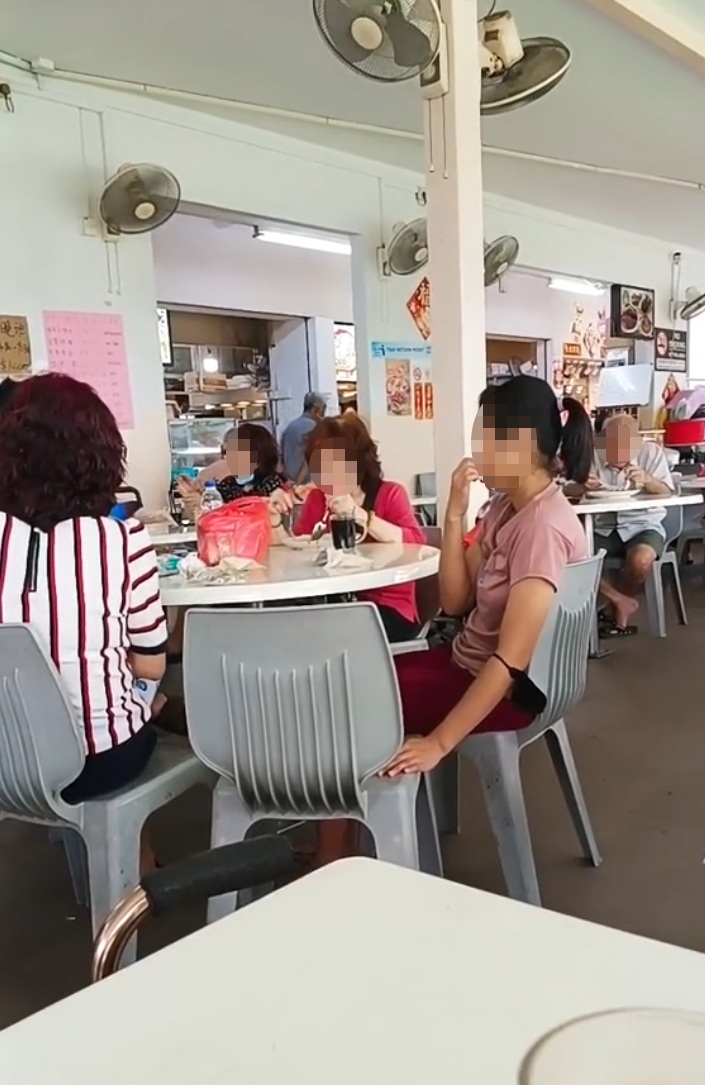 In the caption, the OP criticised the supposed employers for not buying the helper any food or drinks.

The TikTok video has since gone viral with more than 250,000 views at the time of writing.

However, it seems not everyone agreed with the OP in criticising the supposed employer.

This TikTok user pointed out that it’s possible that the food there did not meet the domestic worker’s requirements or that she could’ve simply finished her food prior to the video.

Another netizen pointed out the possibility that the helper’s order hadn’t arrived.

While it’s heartbreaking to hear of a domestic helper getting denied food and drinks, that might not necessarily be the case in the video.

Perhaps this is yet another reminder that there’s always more than one side to any story and that we shouldn’t jump to conclusions without sufficient information.