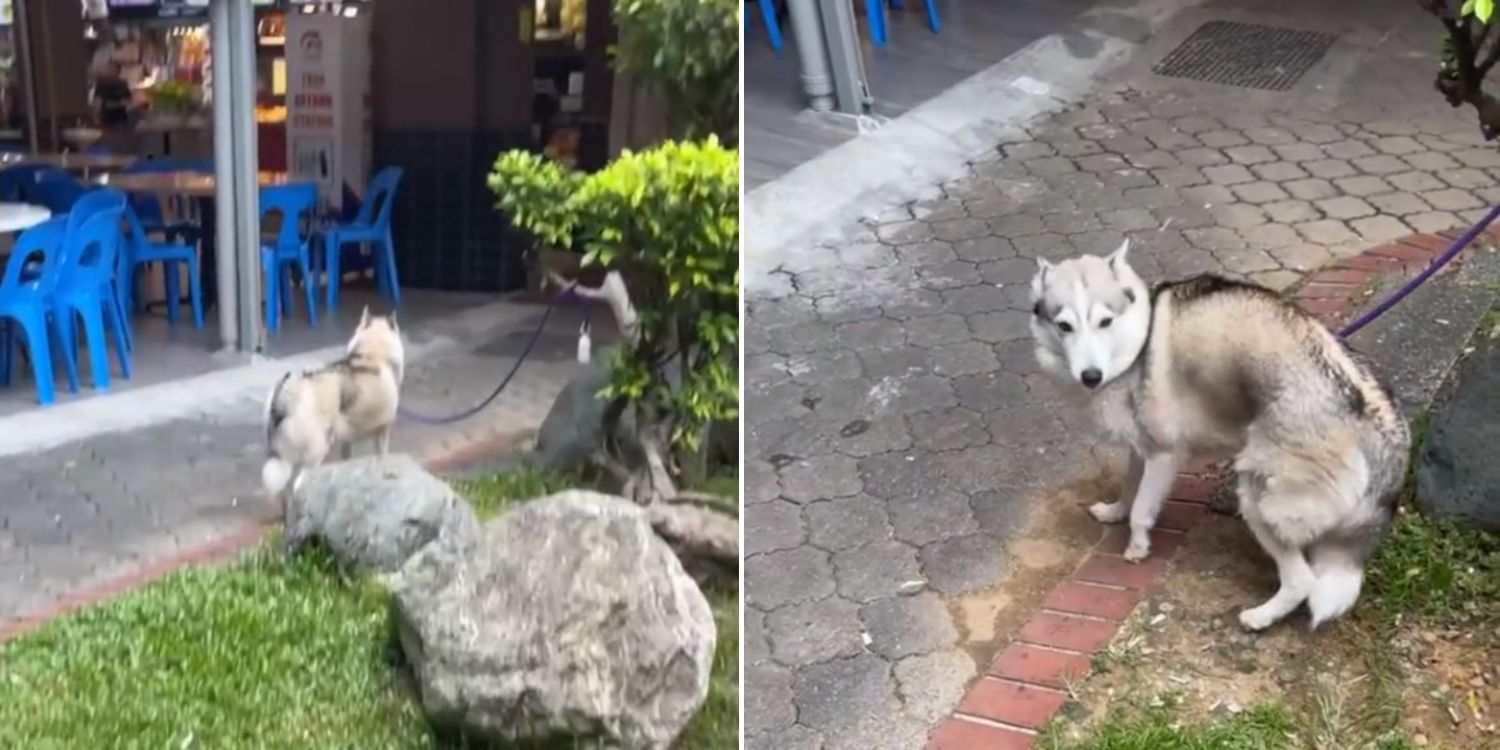 The owner went on "autopilot" mode after buying food and headed home.

Those of us plagued with absentmindedness will occasionally forget about our belongings when we are out running errands. But when it comes to our pets, it goes without saying that they’re harder to leave behind.

Yet that was recently the case for a dog owner who went to dabao roasted meat rice at a kopitiam in Khatib — he left his husky leashed to a nearby plant. 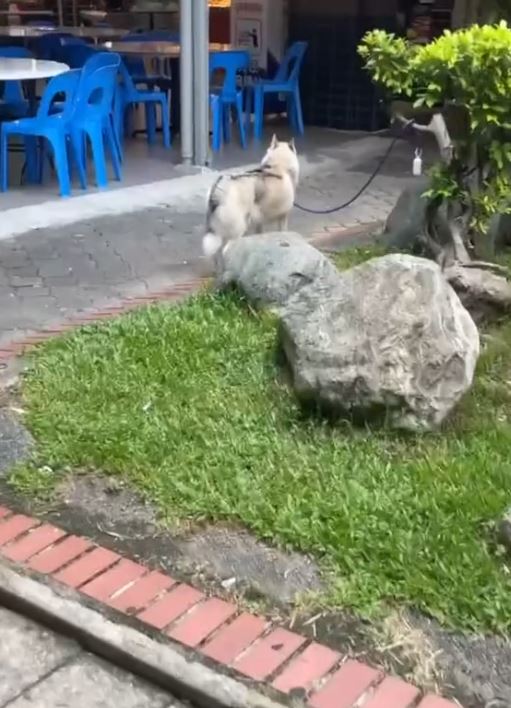 After sensing something amiss five minutes later, he returned to retrieve his dog. Thankfully, the canine was there where he left her.

At around noon on Tuesday (29 Nov), TikTok user Shawn decided to bring Luna – his husky puppy – for a walk while he dabaoed lunch from a kopitiam in Khatib.

The kopitiam in question is located at Block 848 Yishun Street 81 — a stone’s throw away from Khatib MRT Station. 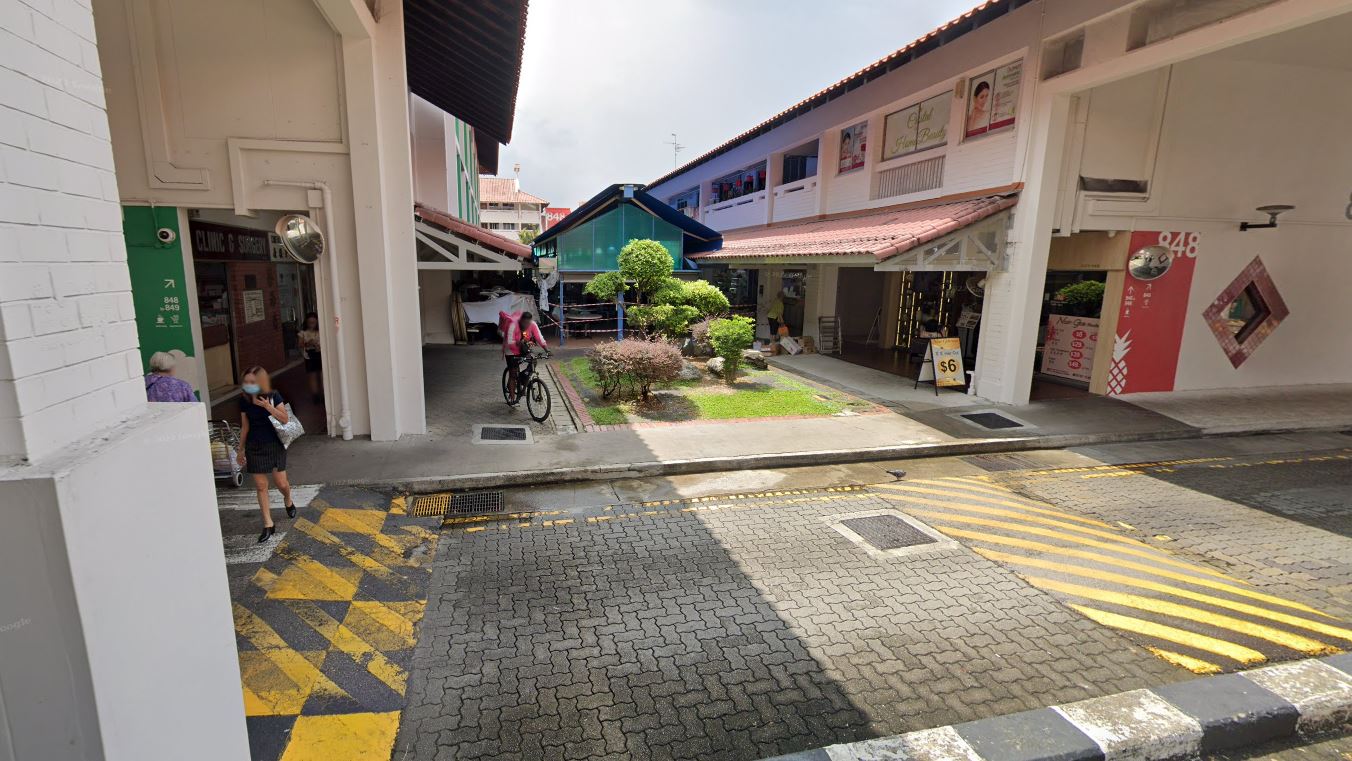 Speaking to MS News, Shawn shared that he had to leash Luna to a nearby tree as dogs aren’t typically allowed at F&B establishments.

After buying roast pork and char siew rice from a stall at the kopitiam, Shawn proceeded to a nearby bakery to purchase hotdog buns for Luna.

However, he claimed that he then went on “autopilot” mode and started making his way home, forgetting about Luna.

About five minutes later, Shawn was almost reaching home when he came to the realisation that “something was amiss”. Recounting the incident, he compared the sensation to forgetting his own wallet.

As he returned to the kopitiam, Luna was seen staring at the premises, possibly looking for Shawn who was buying food there earlier. Upon seeing her owner, Luna immediately snuggled up to him, seemingly unaware that he had accidentally left her behind.

Owner promises to buy husky lots of treats as apology

Shawn’s TikTok clip showing the reunion has since gone viral, with more than 650,000 views at the time of writing.

Most netizens seemed taken aback at how Shawn could’ve possibly left such a huge husky behind.

One viewer even asked Shawn to apologise to Luna for his transgression.

In a follow-up video, Shawn promised viewers that he would buy “a lot, a lot of treats” for Luna as a form of apology.

He also planned to do a “dog mukbang stream” on Twitch, where he would let Luna eat as much nice food as she wanted.

Hopefully, his apology will be sufficient for the doggo, whom we know loves her owner regardless.