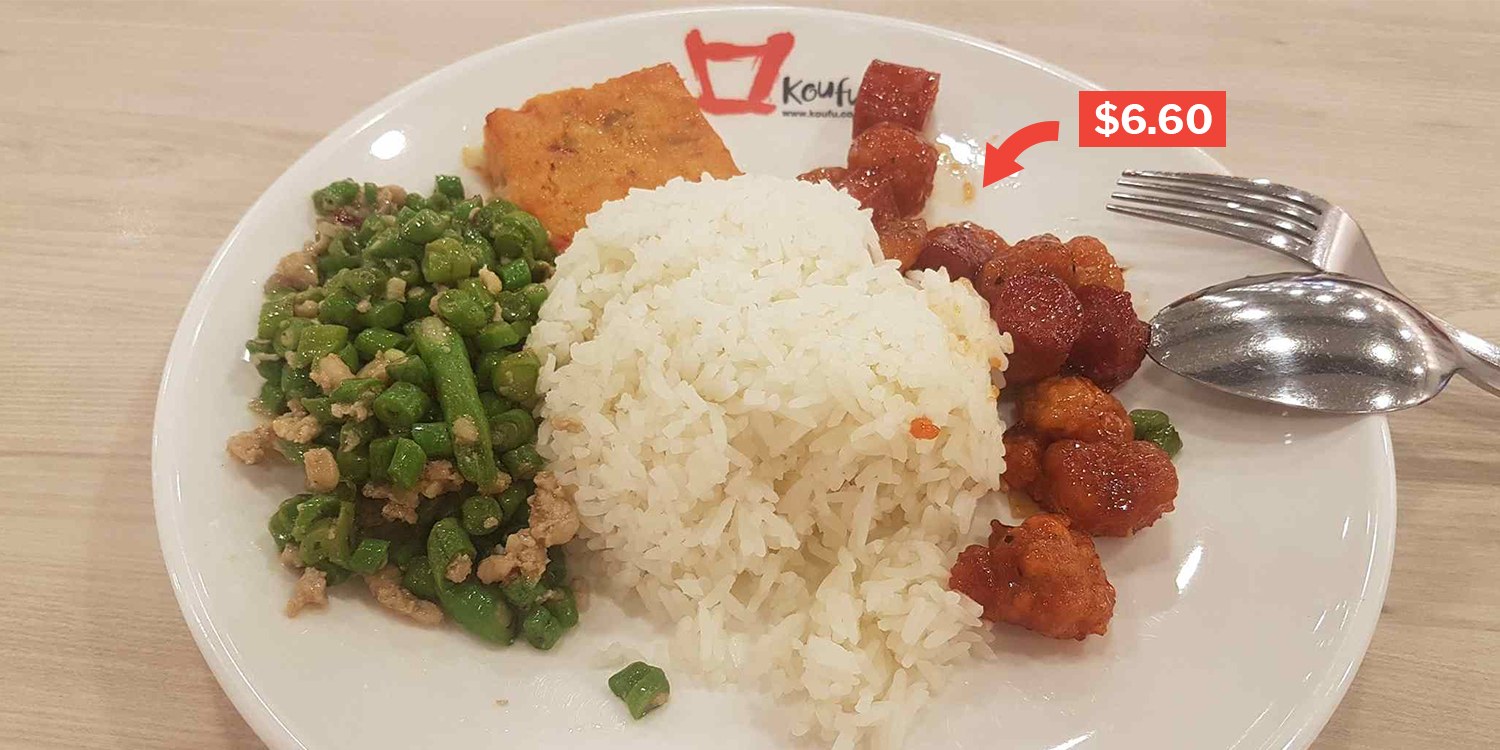 Is our food too expensive?

Many Singaporeans often turn to our trusty hawker centres and food courts islandwide for our daily meals.

However, the food sometimes do not come cheap, as pointed out by a netizen named Mr Loh.

In a Facebook post on Thursday (9 May), he claimed that he had an overpriced meal at the Koufu outlet in Sengkang General Hospital.

Mr Loh had ordered a plate of cai fan at Sengkang General Hospital’s Koufu, with rice, 2 meats and 1 vegetable side dish. 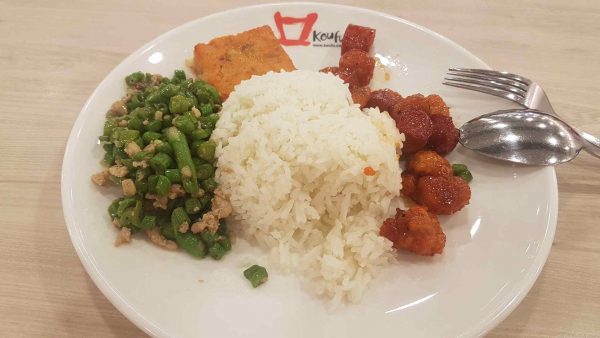 Presumably shocked, he told the cashier that the meal was “expensive”, to which he got no response.

In addition, he also bought a small cup of teh si kosong, or tea with milk and without sugar, for $1.80.

The whole meal cost him a total of $8.40. A price that Mr Loh claims was too costly, giving him more reason to have homecooked food instead.

Reasonable for food at food court to be more costly

However, another netizen, Mr Chan, is of the view that the price was reasonable as meals at food courts tend to be more highly priced.

Posting on the Everyday SG Facebook page, he said that while the serving Mr Loh received appears small, the price is “not really too expensive”. 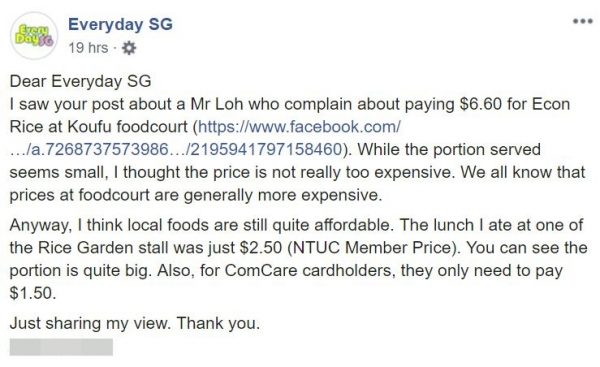 According to him, local food is still considered generally cheap.

For instance, he claimed that he paid just $2.50 for this plate of food from a Rice Garden stall as he is a NTUC member.

Furthermore, ComCare cardholders will pay a cheaper price of $1.50.

With the rising cost of living in Singapore, many Singaporeans are worried about how inflation may affect the prices of basic necessities.

However, it is worth noting that local food courts have made efforts to keep meals affordable for the daily masses.

What are your views on the affordability of food in Singapore? We’d love to hear from you in the comments below.