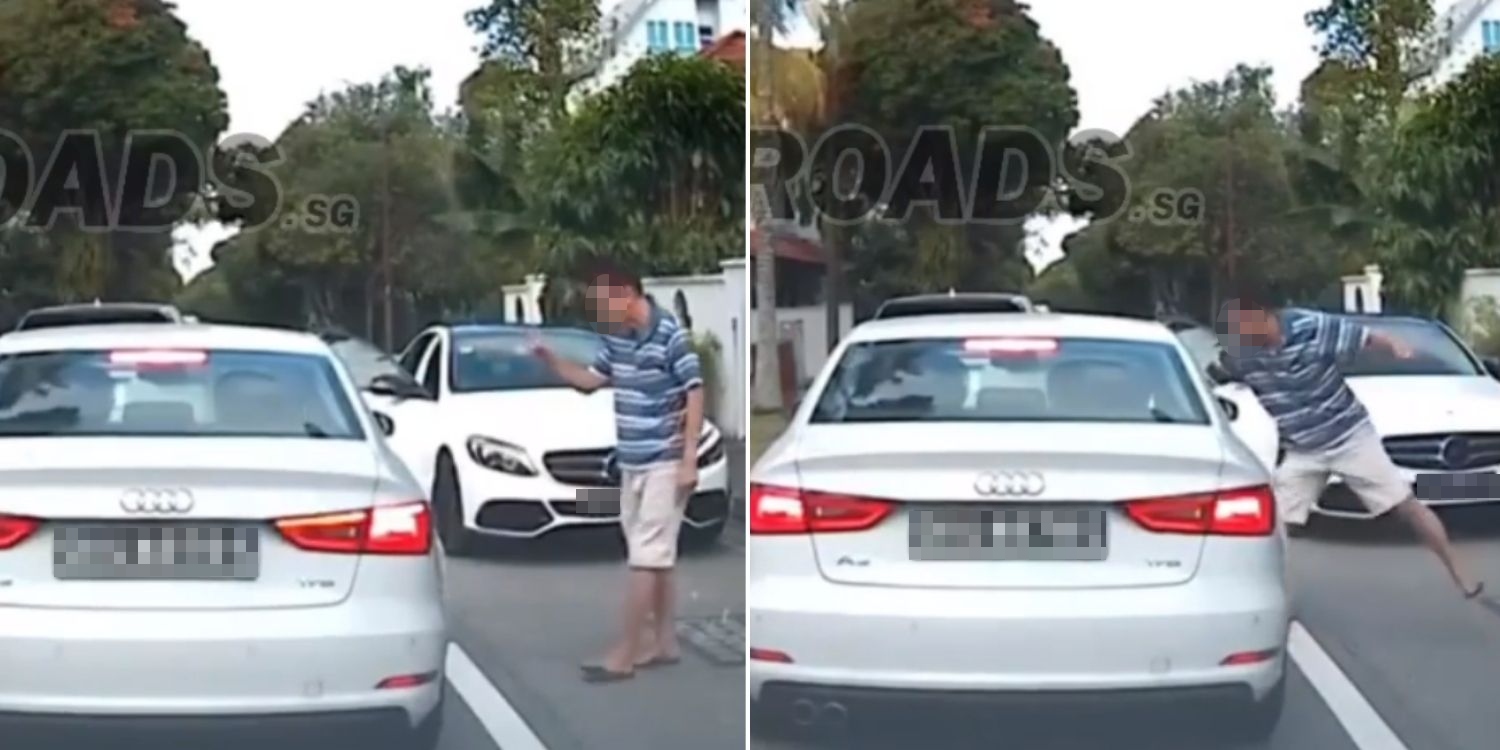 Their altercation brought traffic to a standstill.

Even as we try our best to be courteous in our everyday lives, certain interactions like driving dilemmas can bring out the worst in us. On Saturday (15 Jan), road rage got the best of a man in Kovan who allegedly punched another driver he was unhappy with.

According to ROADS.sg who shared the video on Facebook,  the Mercedes driver was upset with the Audi driver for obstructing the path to his place of residence.

The footage was seemingly recorded on the dashcam of a car behind the Audi.

You may watch the video in full here.

From the footage, the Mercedes driver can be seen asking both the Audi driver and the driver of the dashcam car to reverse so that he could drive into his residential compound.

He first approaches the Audi driver to verbally ask him to move his car. 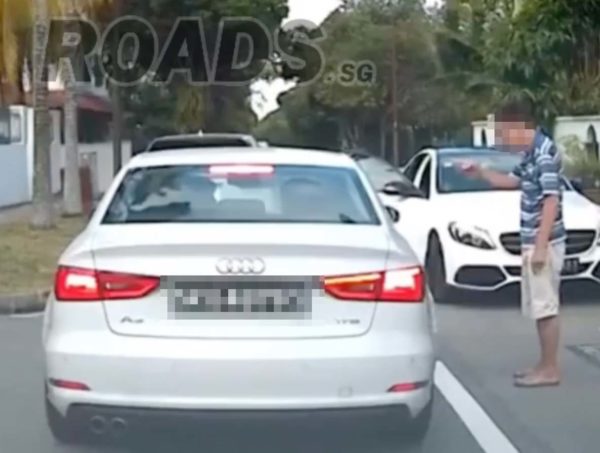 He also points towards the dashcam car behind the Audi, seemingly asking the driver to do the same.

Since there appeared to be no yellow box indicating that they had to keep clear for turning cars, neither made way for him.

After the two of them refused to comply, the situation apparently escalated and the Mercedes driver reacted by punching the Audi driver.

Some netizens empathised with the Mercedes driver. Though they acknowledged that the 2 other drivers were technically not obliged to move, they thought that it would have been the considerate thing to do.

On the other hand, others condemned the Mercedes driver’s reaction.

Even though many believed that the two other drivers could have been more thoughtful and made way for him, most netizens agreed that this didn’t justify the Mercedes driver’s actions.

Even when disagreements on the road can be aggravating, we should not allow our anger to consume us.

We should always remain calm and resolve issues in a civil manner.

After all, violence is a temporary solution that will not benefit anybody.

We hope that road users can be more considerate towards each other so that we can all have a more pleasant driving experience.