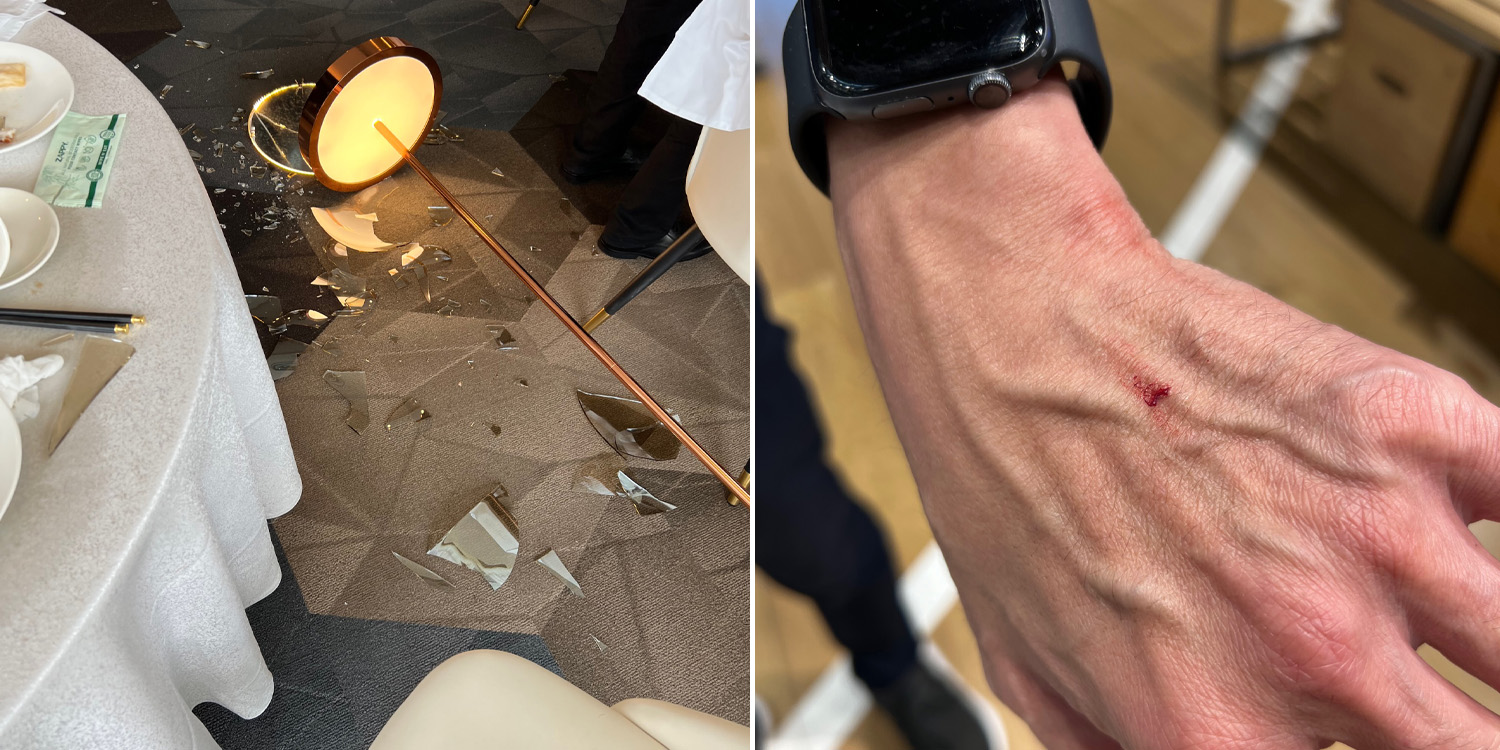 The diner's brother called the ordeal a "near-fatal experience".

When dining out at a restaurant in Singapore, most of us don’t often find ourselves worrying about our safety.

But on Tuesday (20 Sep) afternoon, Dr Julian Tang and his brother were having a meal at VivoCity’s Crystal Jade Pavilion when a floor lamp fell over, narrowly missing them and shattering on the ground. 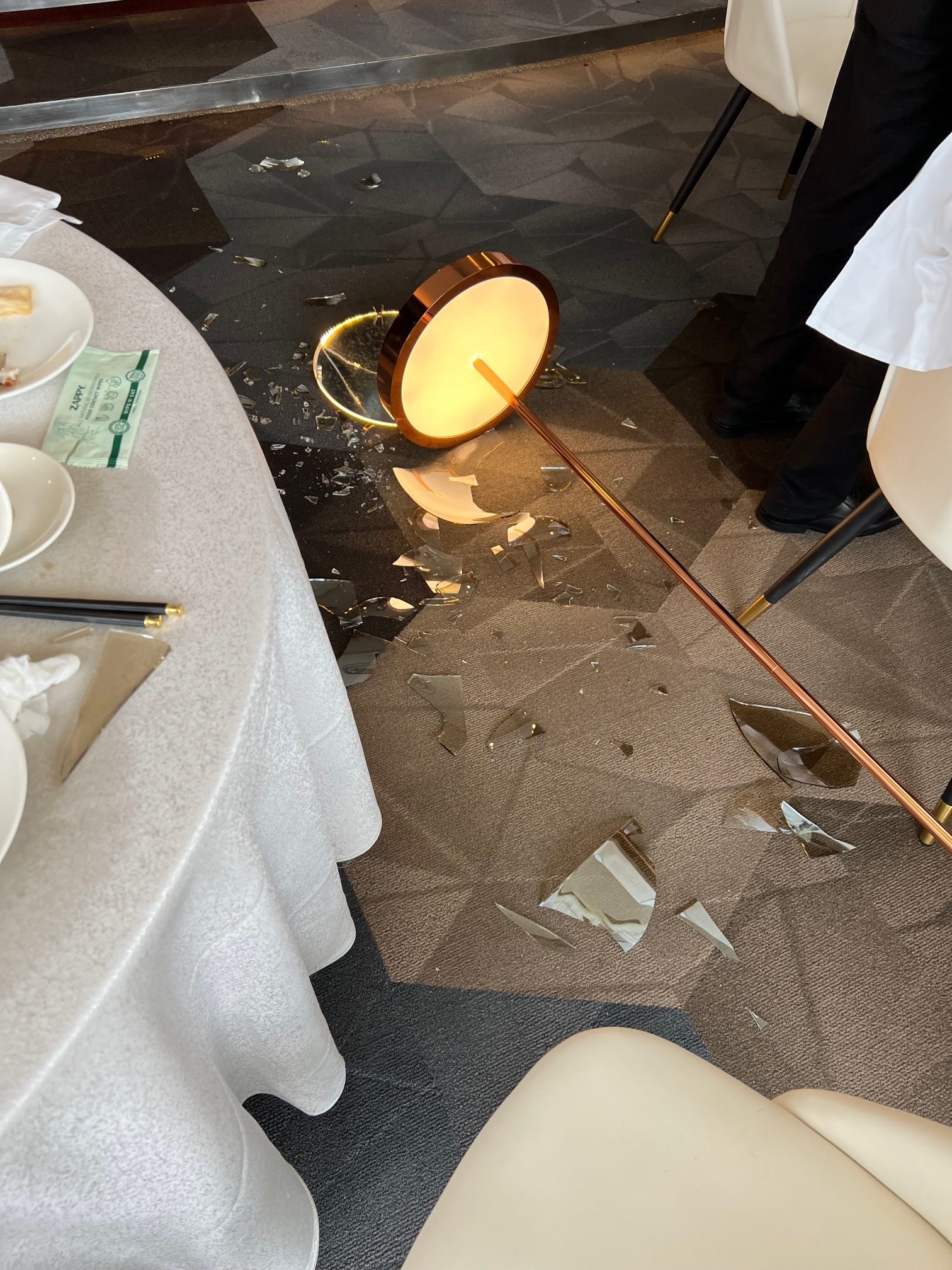 Dr Tang, who described the incident as a “near-fatal” experience, said they were shocked when it happened.

He also expressed disappointment about the way staff handled the incident.

Crystal Jade has since apologised and assured customers that their safety is of utmost importance to the restaurant.

On 15 Sep, Crystal Jade Singapore announced that their outlet at VivoCity has been revamped and is now known as Crystal Jade Pavilion.

However, just a few days later on 20 Sep at 12.35pm, Dr Tang and his brother were dining at the new restaurant when the tall and heavy floor lamp fell over.

Speaking to MS News, he said the lamp missed his shoulder and his brother’s face by “mere centimetres”.

Despite the narrow miss, they did not escape without injury. His brother suffered a small cut on his hand. In photos, the floor lamp appeared to have toppled over and smashed on the ground, leaving glass debris all over the carpeted floor.

Glass shards can also be seen on their table. 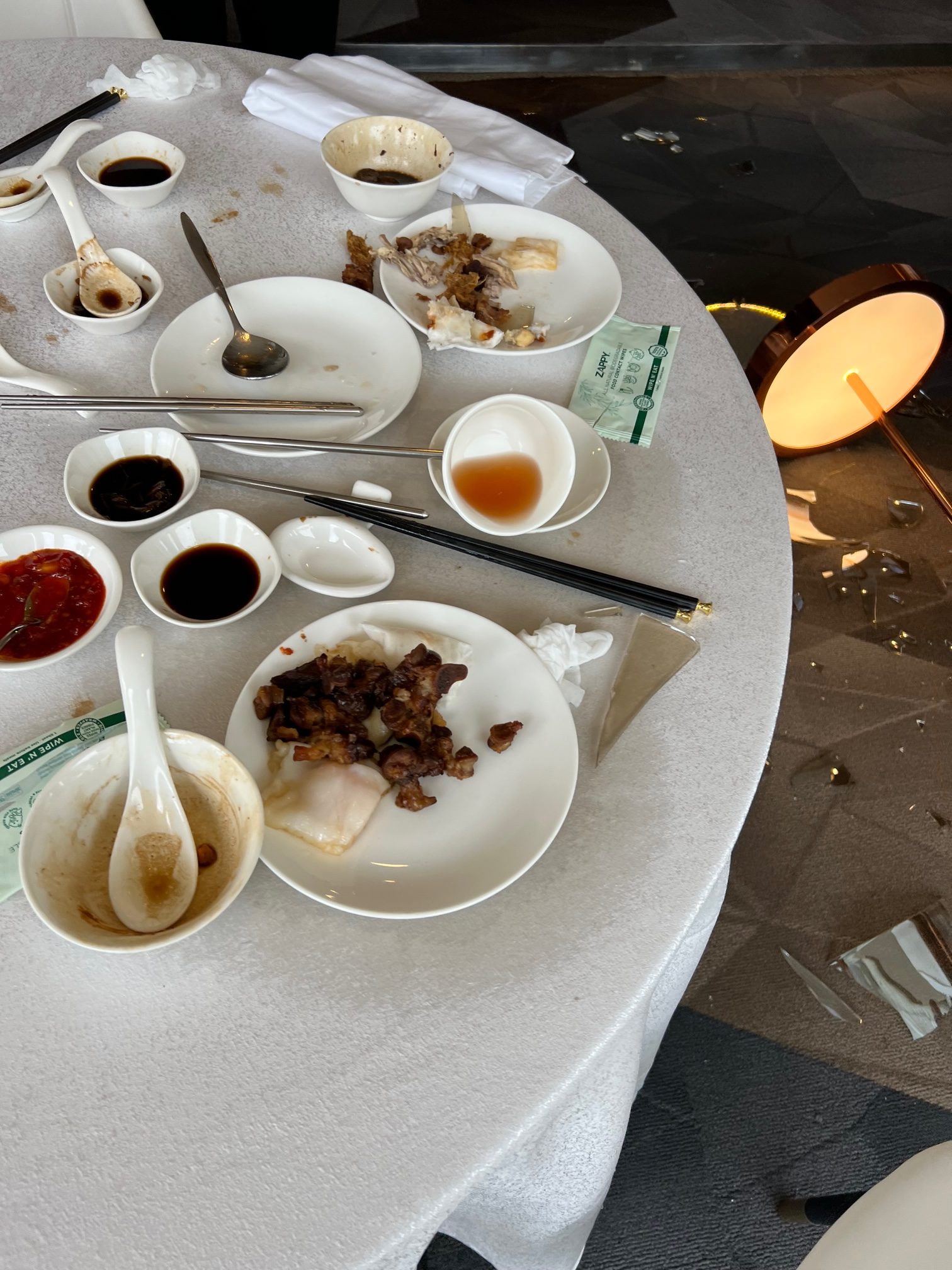 Dr Tang said it all happened in a split second. After the incident, he was surprised that the staff acted rather self-concerned.

A couple of them were commenting on how they got scared to death while others continued on with their work, acting as if nothing happened.

Dr Tang shudders to think about the outcome if the lamp had landed on his brother instead.

While they were still recovering from the shock and cleaning themselves up, the restaurant’s assistant manager walked up to them with the bill in hand.

According to Dr Tang, they had asked for the bill before the lamp had fallen.

The assistant manager then offered them a 20% discount as a form of compensation.

But Dr Tang knew the restaurant was already offering a 20% discount as part of their new opening promotion. Because of this, he felt like the assistant manager was lying straight to his face.

When he called the assistant manager out on this, she said she would waive the whole bill instead. Dr Tang shared that their meal cost less than S$80.

The experience, he said, was a “total nightmare” and he shared that he will not be returning to the restaurant.

Dr Tang later relayed the series of events in a comment on the Crystal Jade Singapore Facebook page.

He called it a “near-fatal experience” and blasted the restaurant for its “unhelpful” and “unapologetic staff”, as well as its “bad food and service”.

In response, Crystal Jade Singapore posted an apology, assuring him that their team has been informed of the incident and that they will be reaching out to him soon.

According to Shin Min Daily News, Crystal Jade admitted that they could have handled the situation better. Now, the restaurant will be taking action to ensure a better quality of service.

Besides that, as a precaution, all lamps will be secured onto the carpeted floor.

Crystal Jade assured customers that their safety and dining environment are important considerations for them.

Dr Tang told MS News that while Crystal Jade has contacted him to apologise for the incident, the company has not offered him further compensation.