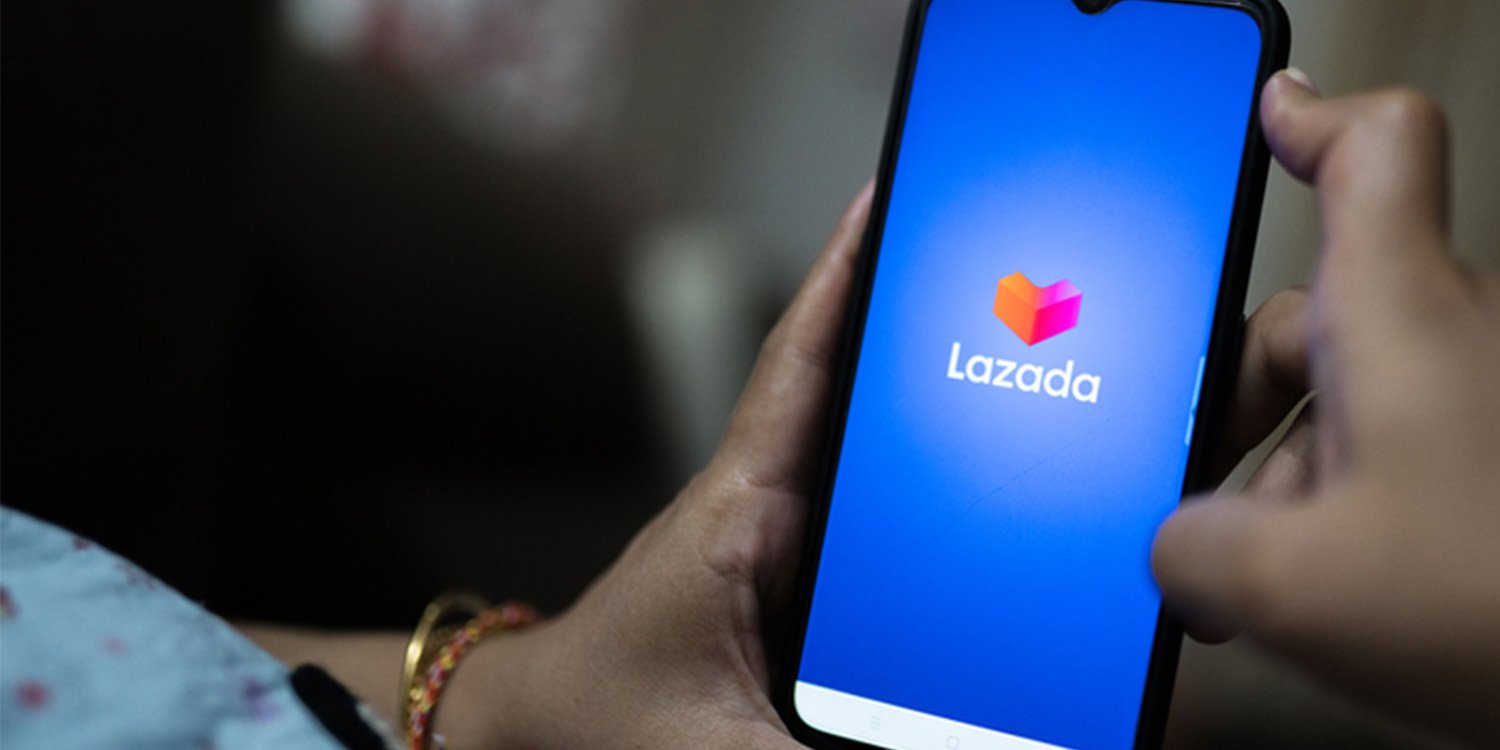 The scammer had the victim's confidential information.

With the holiday season upon us and countless mega sales happening one after another, it’s important to be wary of scams.

Recently, a man shared his encounter with an alleged Lazada scam that was extremely convincing. 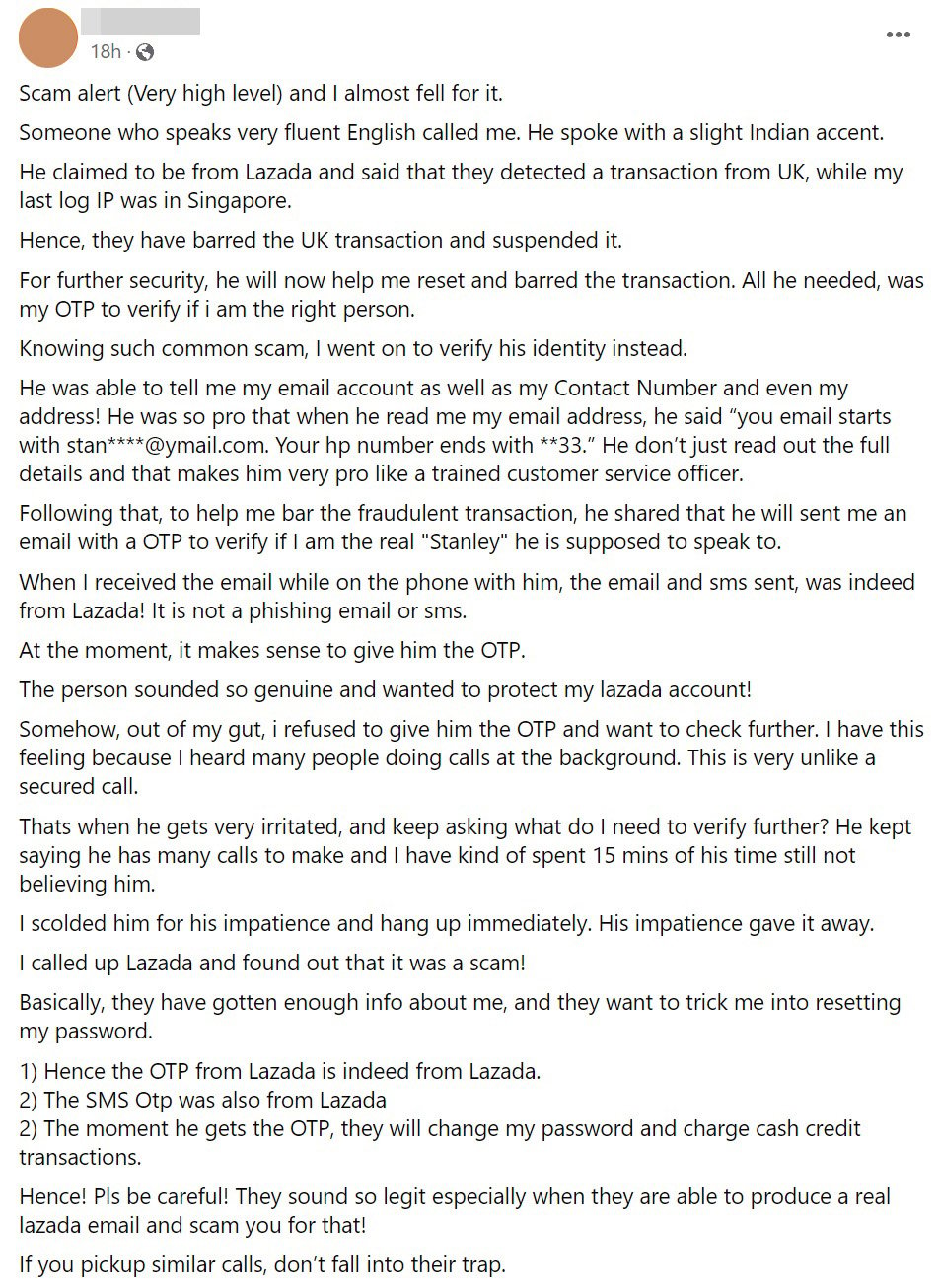 According to him, the scammer was able to provide legitimate e-mails and text messages on demand.

He almost fell for the scam but trusted his gut when he was told to share his OTP password with the scammer.

The scammer started off by warning Mr Fu of a transaction from the United Kingdom that was allegedly blocked on behalf of Lazada.

They then told Mr Fu that they will be “resetting” his Lazada account, which would require an OTP provided by Mr Fu.

Privy of such scams, Mr Fu asked the scammer to verify their identity through a series of questions.

To his surprise, the scammer was able to expertly answer all questions and even provided confidential information to Mr Fu.

The scammer shared details such as his e-mail address, contact number, and even his home address.

At this point, the scammer had allegedly sent an e-mail with an OTP attached to it.

The email was apparently legitimate as it came from an official Lazada address.

This led Mr Fu to wonder if the call was legitimate. Nonetheless, he trusted his gut and refused to pass over the OTP.

Met with rejection, the scammer began to become irritated and persisted on receiving the OTP in the e-mail.

At this point, Mr Fu’s suspicions were on high alert and he hung up on the scammer.

He then called Lazada’s customer service hotline and found out that it was indeed a scam.

Online scams such as this are unfortunately not something new and Lazada is aware of such schemes.

Mr Fu’s experience may be a new iteration of a scam and consumers could do little wrong by following the official Lazada Facebook page.

There, you can receive updates on various scams that Lazada is wary of and will provide advisories for such cases.

Be wary of shopping online during year-end sales

It’s scary how scammers have upped their game over recent times — some are even capable of sending legitimate-looking emails and messages.

We hope our readers will continue being clued up on the latest scam tactics so as to not fall victim.

For those shopping for the end-of-year festivities, do comb through your e-mails and keep track of any potential fishy business.