For pandas, bamboo is not just their favourite food, but it comprises almost all of their daily diet.

Visitors to River Wonders might see Kai Kai and Jia Jia chomping down on the plants, but so far their son Le Le has been too young to feast.

That has now changed, as Le Le has finally started to eat bamboo. 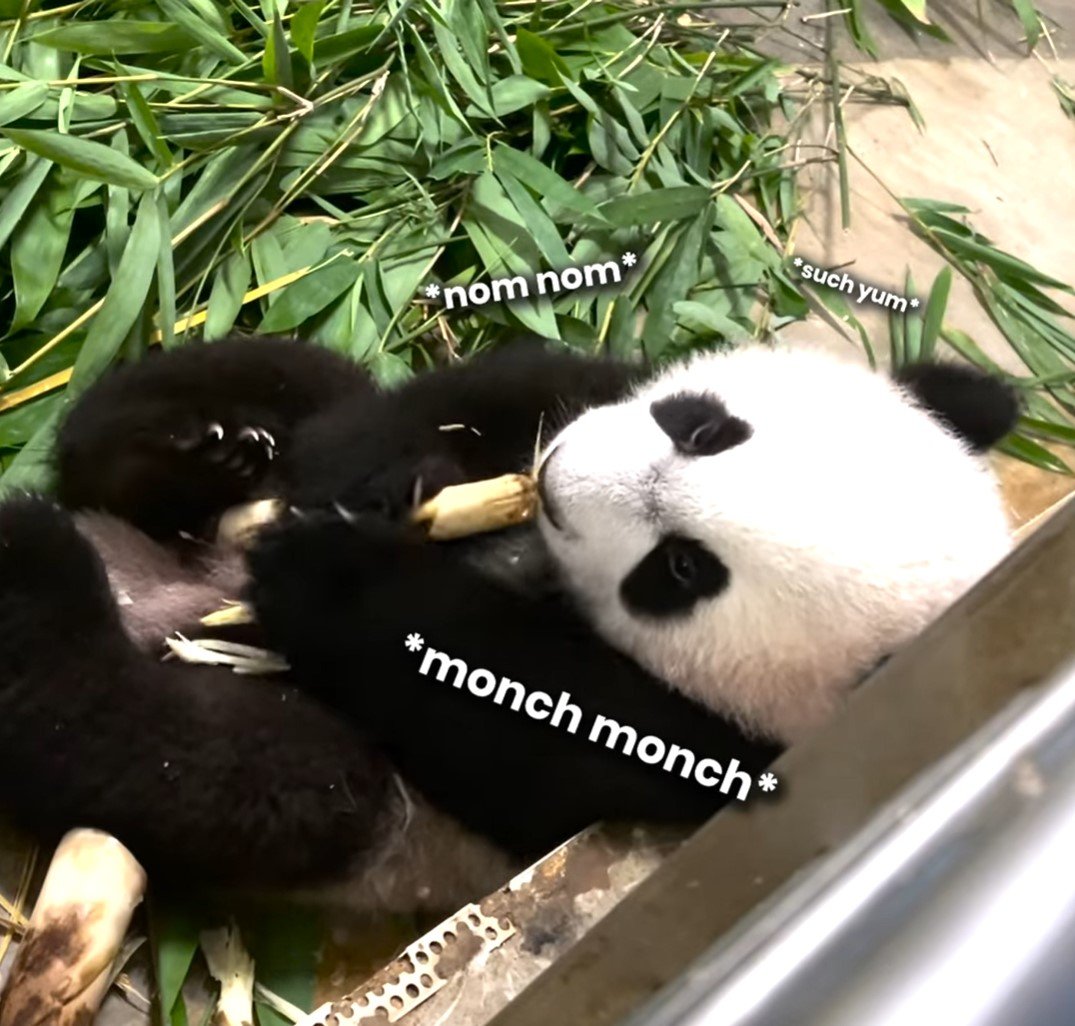 Le Le is emulating his mum

The clever child has apparently been emulating his mum, said Mandai Wildlife Reserve (MWR) in a Facebook post on Friday (11 Feb) night.

He’s been watching closely as Jia Jia eats bamboo, and mimicking her movements.

The cub then decided to try it out himself. 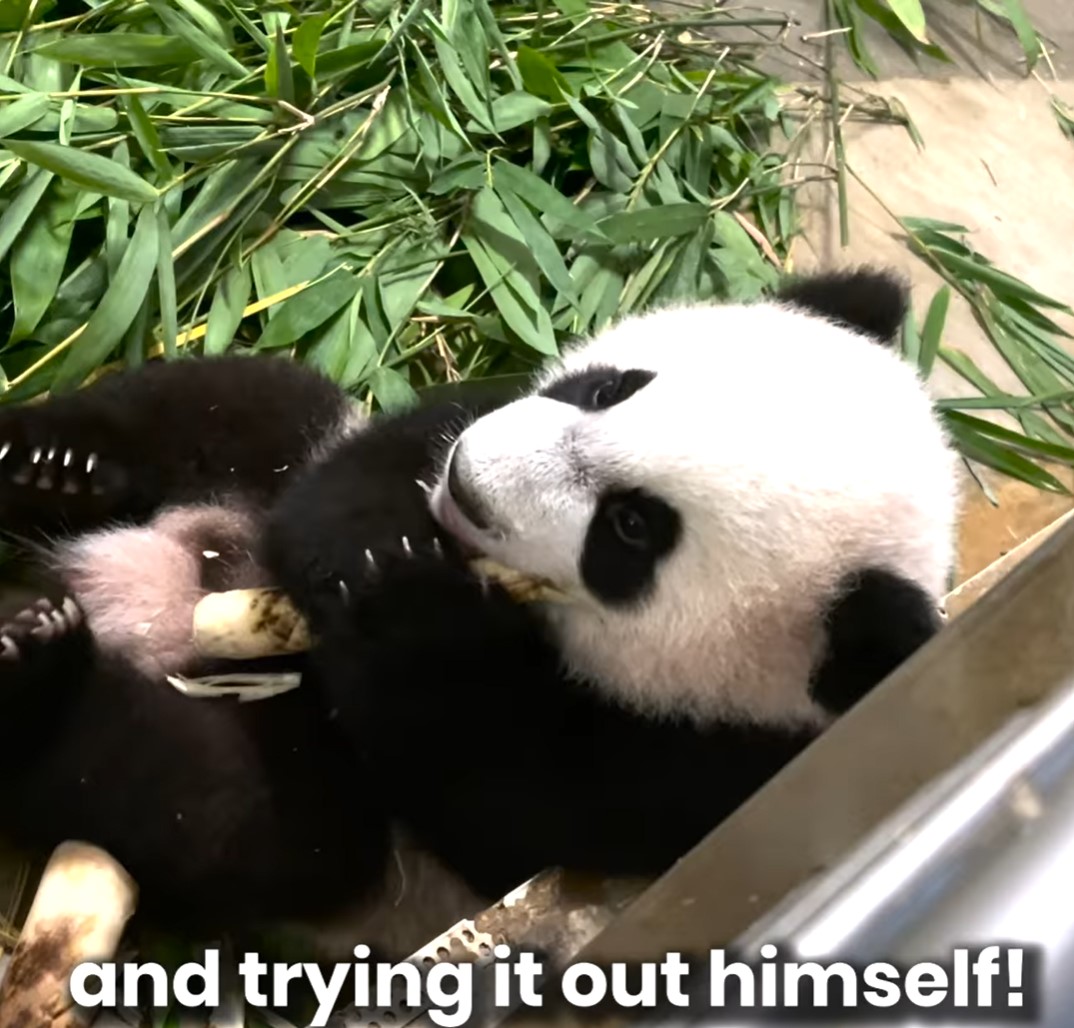 Bamboo slips from his paws

As Le Le is still a novice, he has unsurprisingly run into some teething problems.

He’s still figuring out how to hold on to a bamboo stalk and munch it at the same time, said MWR.

They included an adorable video of a shoot hilariously slipping out of his small paws as he was chewing on it.

It seems like just yesterday when Singapore’s 1st panda cub Le Le was born to much fanfare.

However, given that he was born on 14 Aug last year, he’s now almost 6 months old, MWR noted. 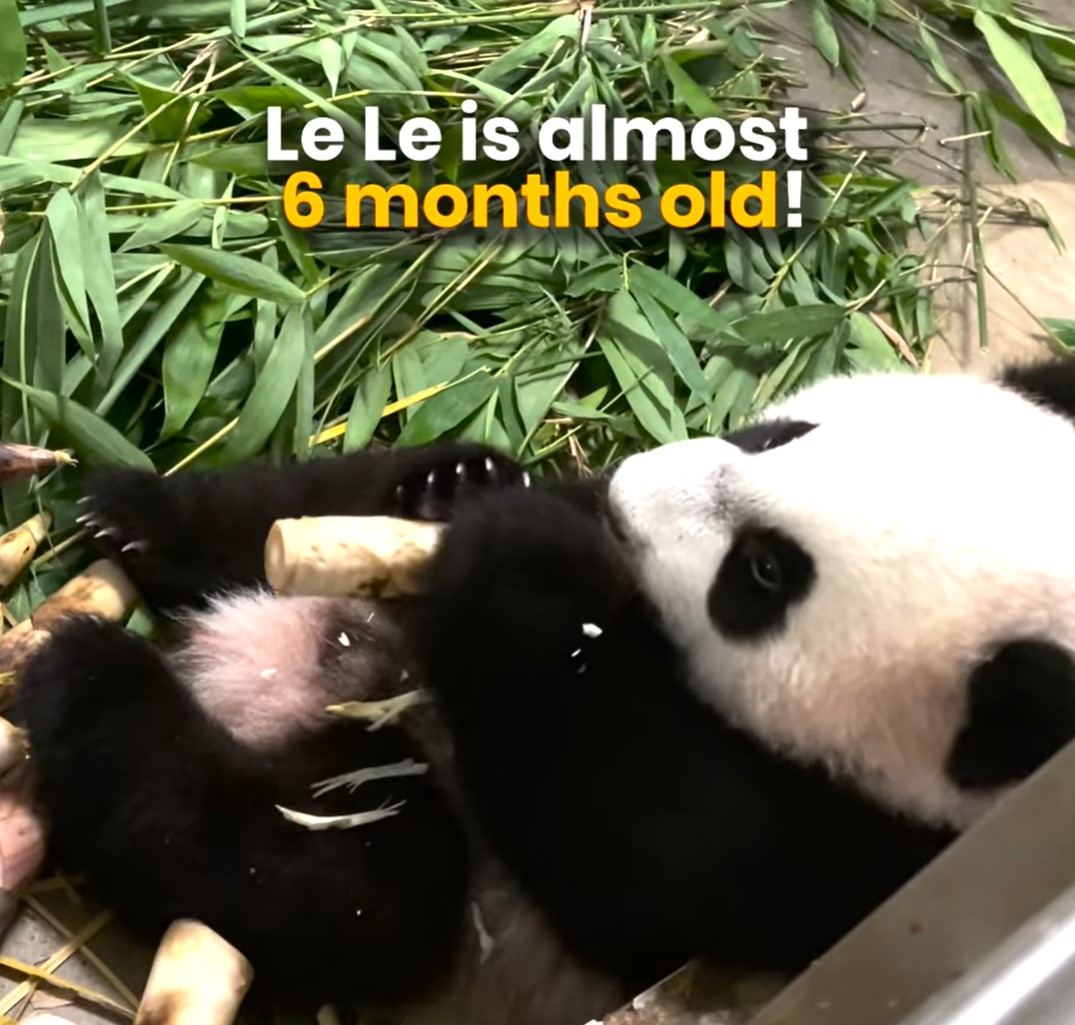 Thus, it’s a matter time before his 1st set of teeth develops fully.

Once this happens, he’ll be able to chew through tough bamboo stalks with no problem at all.

Despite Le Le being in this world for close to 6 months, Singaporeans still hang on to his every growth update.

We’re happy that he continues to grow well, and it’s not long before he becomes a fully fledged (and fully grown) national icon.