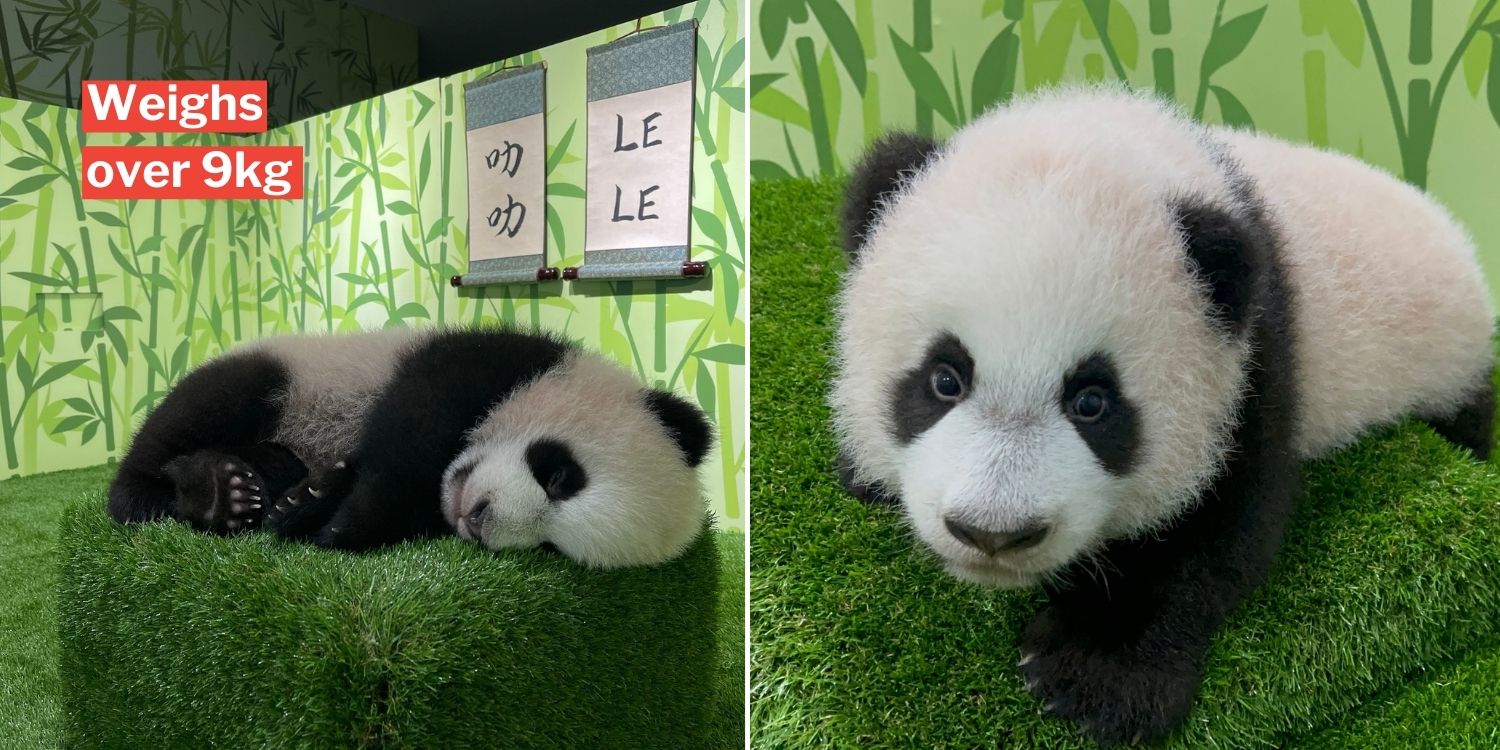 Since the very first panda cub born in Singapore came into the world on 14 Aug, he’s remained unnamed, with the public asked to vote on a name.

While Singaporeans eagerly followed every update on him, many might also have wondered when they could see him in person.

Our burning questions have finally been answered, with the boy’s name officially revealed as “Le Le” (叻叻). 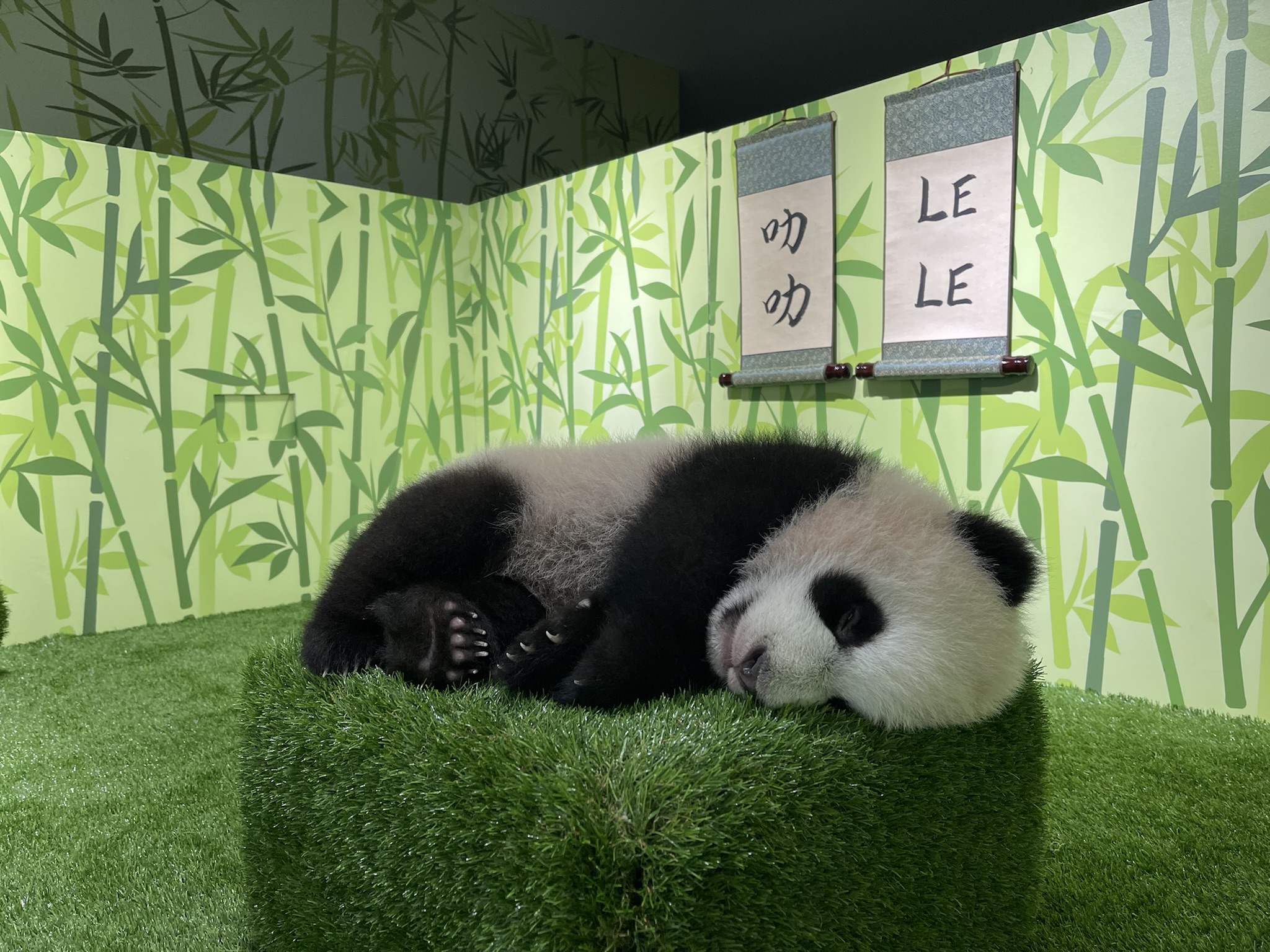 Better yet, the public will be able to feast their eyes on him from Thursday (30 Dec).

“Shi Le Po” is also a transliteration of the Malay term “selat“, meaning “straits” – a nod to  the island’s location between the Straits of Johor and Singapore. Borne out of the close cultural ties between Singapore and China, he is an emblem of great animal care and close collaboration with our Chinese conservation partners.

Fittingly for a panda that symbolises Singapore-China ties, Le Le’s name was revealed at the 17th Joint Council for Bilateral Cooperation (JCBC) on Wednesday (29 Dec). Hopefully, this means there’s a greater chance that the stay of his parents, Kai Kai and Jia Jia, in Singapore will be extended.

Le Le can be visited from 30 Dec

Singaporeans who can’t wait to see Le Le will finally get their dream fulfilled from Thursday (30 Dec) – his 139th day of life.

He’ll be receiving visitors in his new glass-fronted nursery at the Giant Panda Forest in River Wonders (previously known as the River Safari). 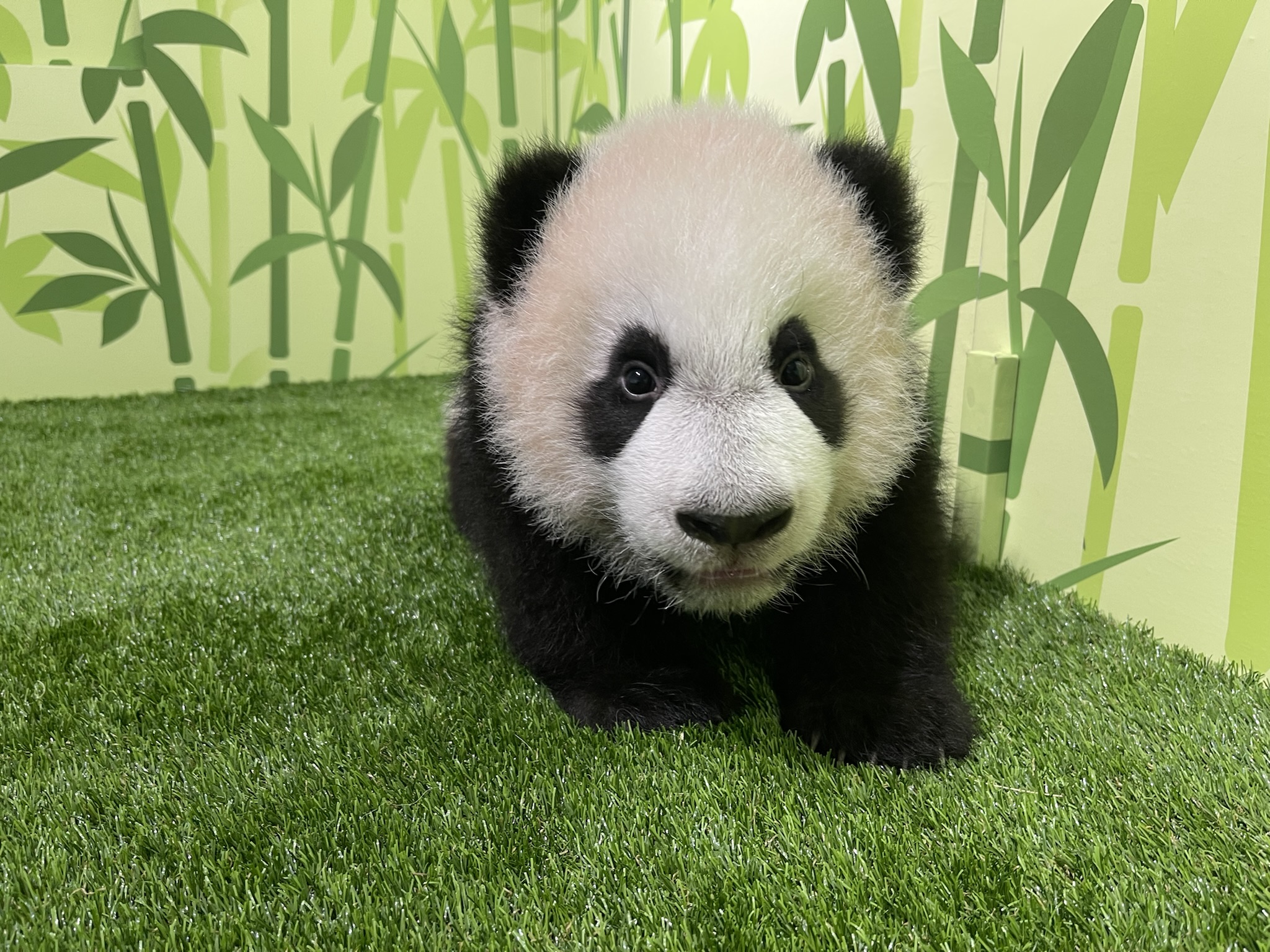 As can be seen from the photo, Le Le’s new pad has soothing green walls with illustrations of bamboo – every panda’s favourite food.

He also has toys encased with astroturf, which he was introduced to in Oct so he could get used to its texture. 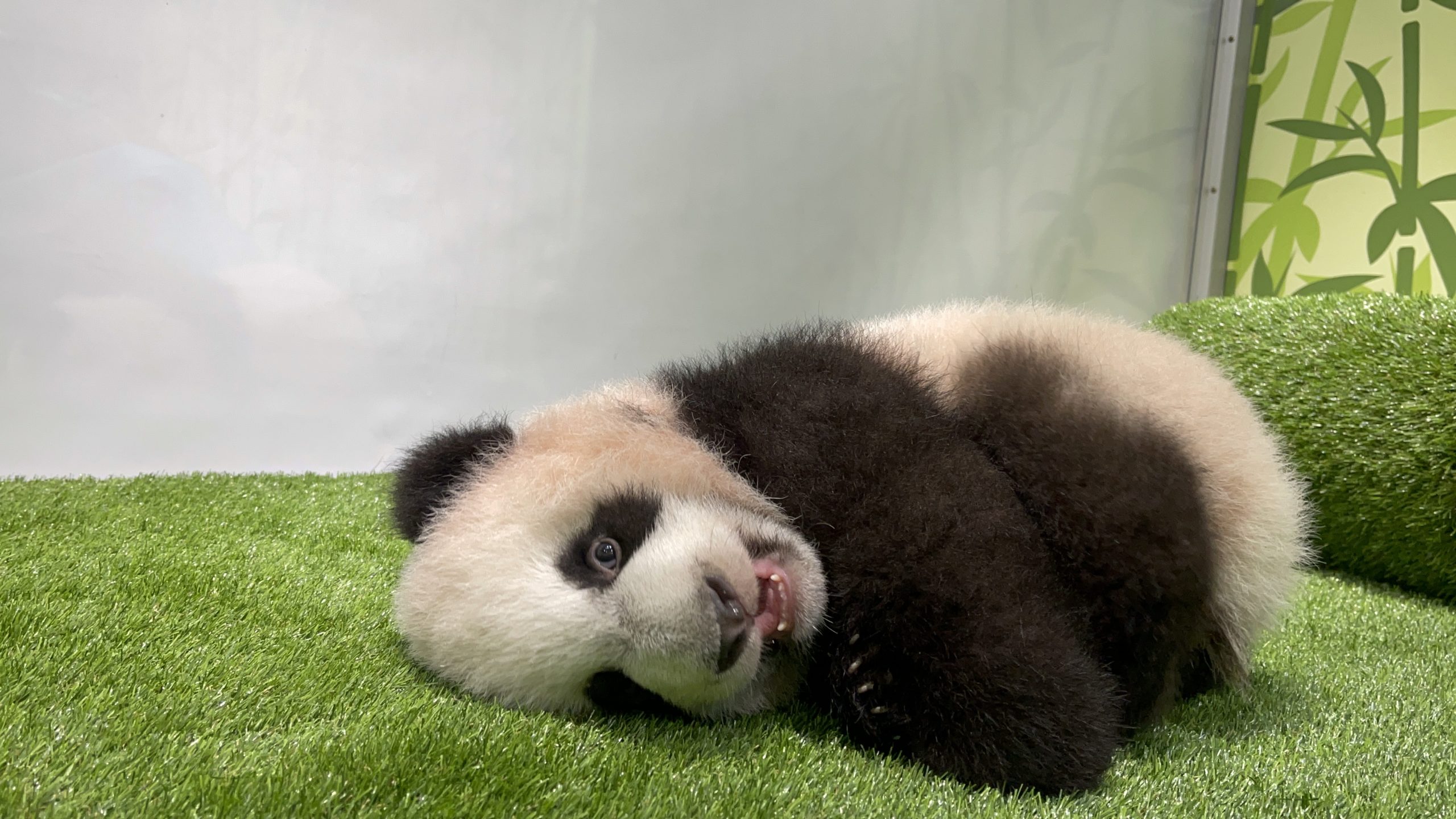 At 4.5 months, he continues to be heavily reliant on mom’s milk and tender loving care. Both Le Le and Jia Jia are also still getting used to spending more time away from each other, so we adapt their daily routines based on close observation to ensure their wellbeing remains the top priority and that they do not display any stressful behaviours.

The times reflect the current routines of both Le Le and his mother Jia Jia.

They coincide with Jia Jia’s feeding and exercise sessions, when she is comfortable to leave her son on his own.

Each “viewing window” will last from 20-30 minutes, and may vary depending how comfortable both mummy panda and cub are. 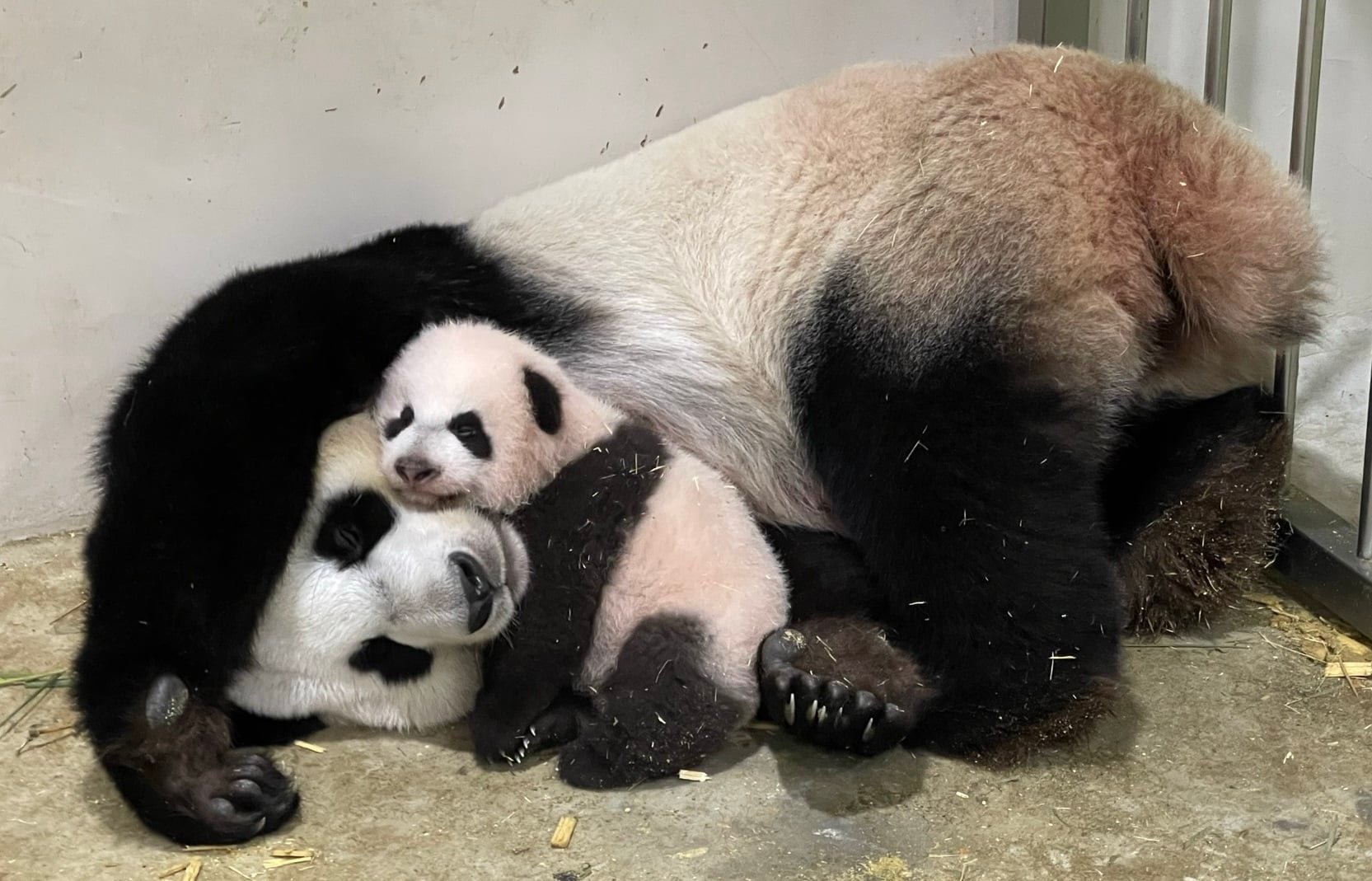 These timings will be reviewed and adjusted over the next few weeks.

If visitors are lucky, they’ll catch Le Le playing with his custom-made toys, learning to walk and catching up on sleep like his father.

The last time Mandai Wildlife Group gave an update on Le Le’s growth was when he was 100 days old.

At the time, he weighed 6.36kg – healthy progress for a panda.

However, he’s grown even more since then, and now weighs more than 9kg – 9.62kg to be exact. He’s also starting to nibble on bamboo shoots and leaves, they added.

Time for his debut

With the cub’s gaining more independence every day and his name revealed, it’s time for him to make his debut on the world stage and show off his cuteness.

We can’t wait to see him at River Wonders very soon.