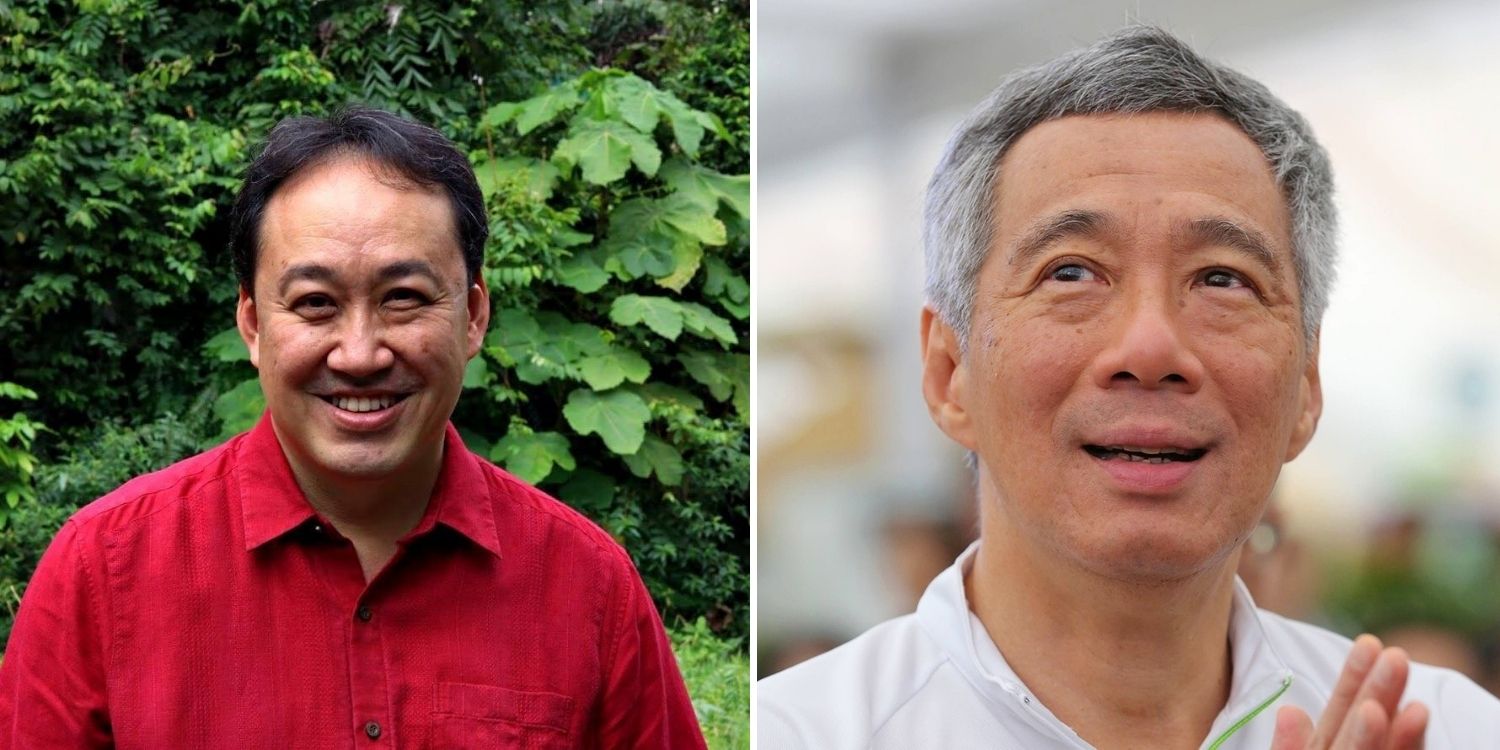 Lawyer Lim Tean has been a busy man recently. 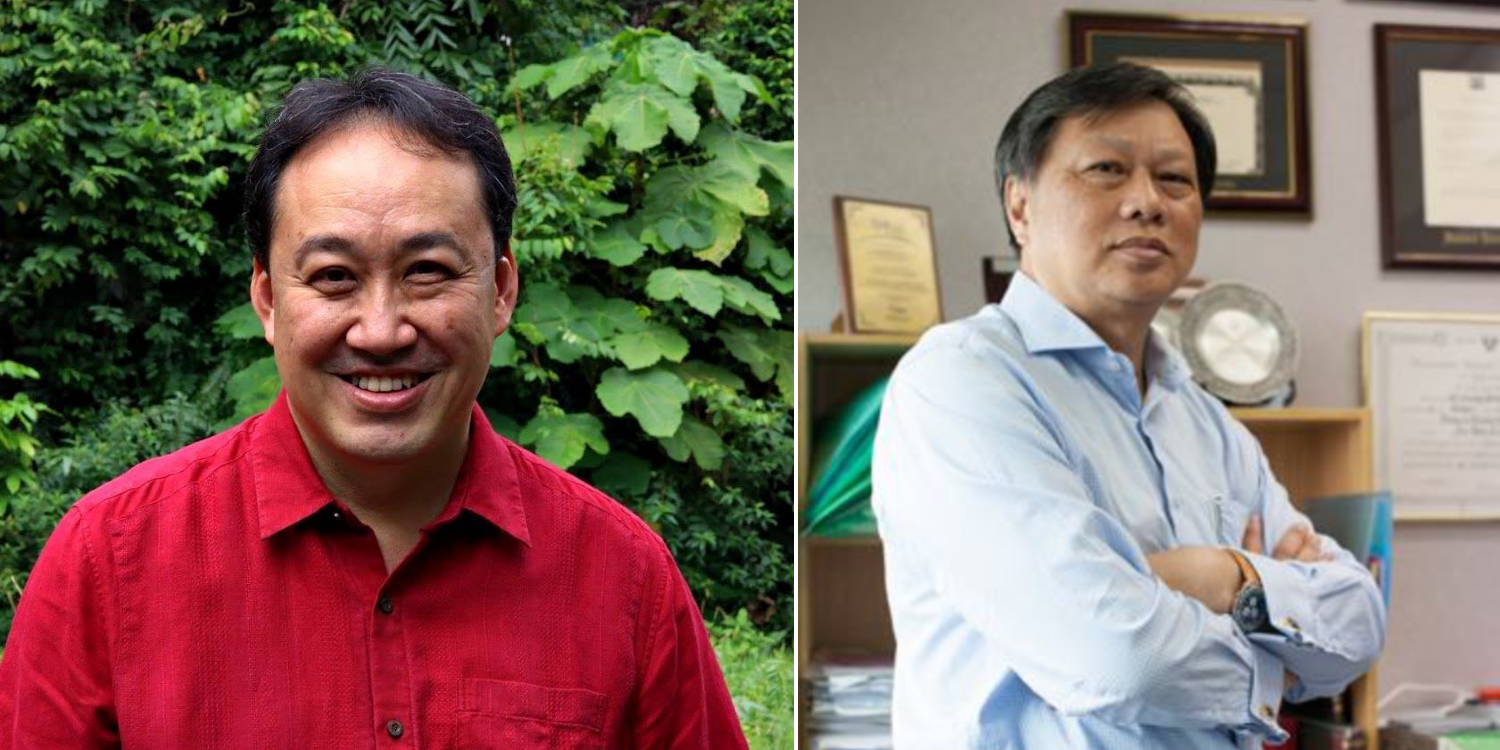 While preparing for the big trial, he also managed to get arrested by the police, in a plot twist worthy of a K-drama.

2 days after his arrest, it seems Mr Lim has realigned his focus back to the trial. He shared in a Facebook post on Sunday (4 Oct) that 5 lawyers will be representing PM Lee while he will be the sole lawyer representing Mr Leong. 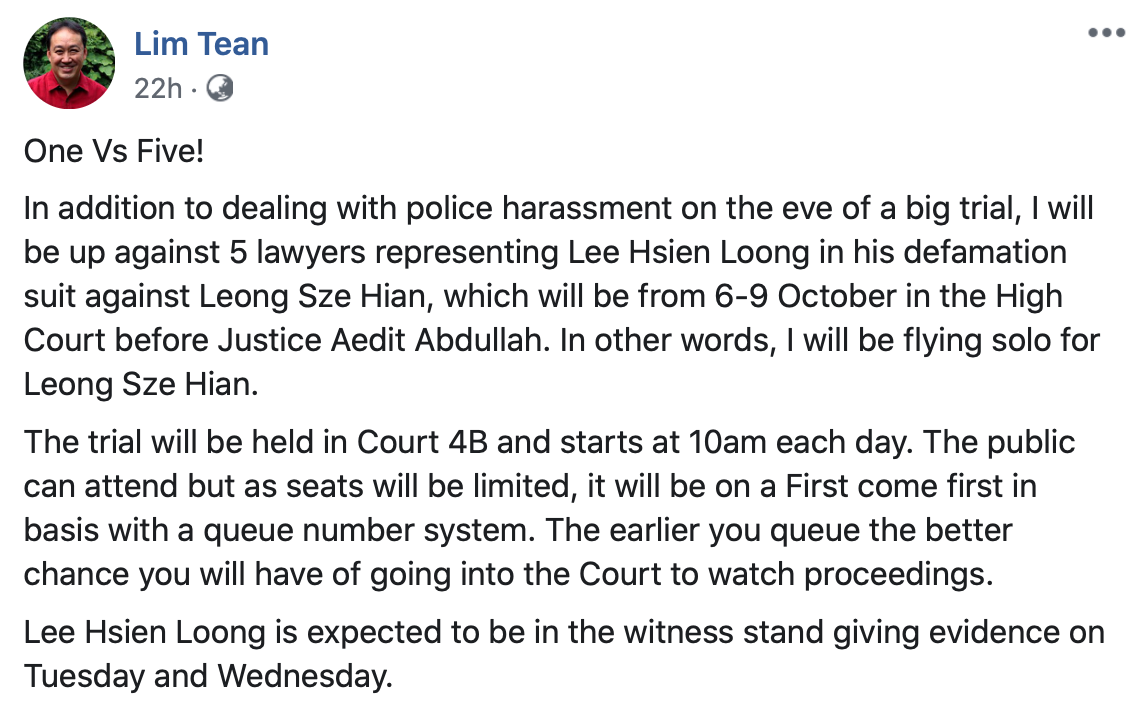 In his post, Mr Lim also shared a screenshot that he seemingly took from the court’s website.

It showed that 5 lawyers from Davinder Singh Chambers LLC will be representing Mr Lee in the High Court. 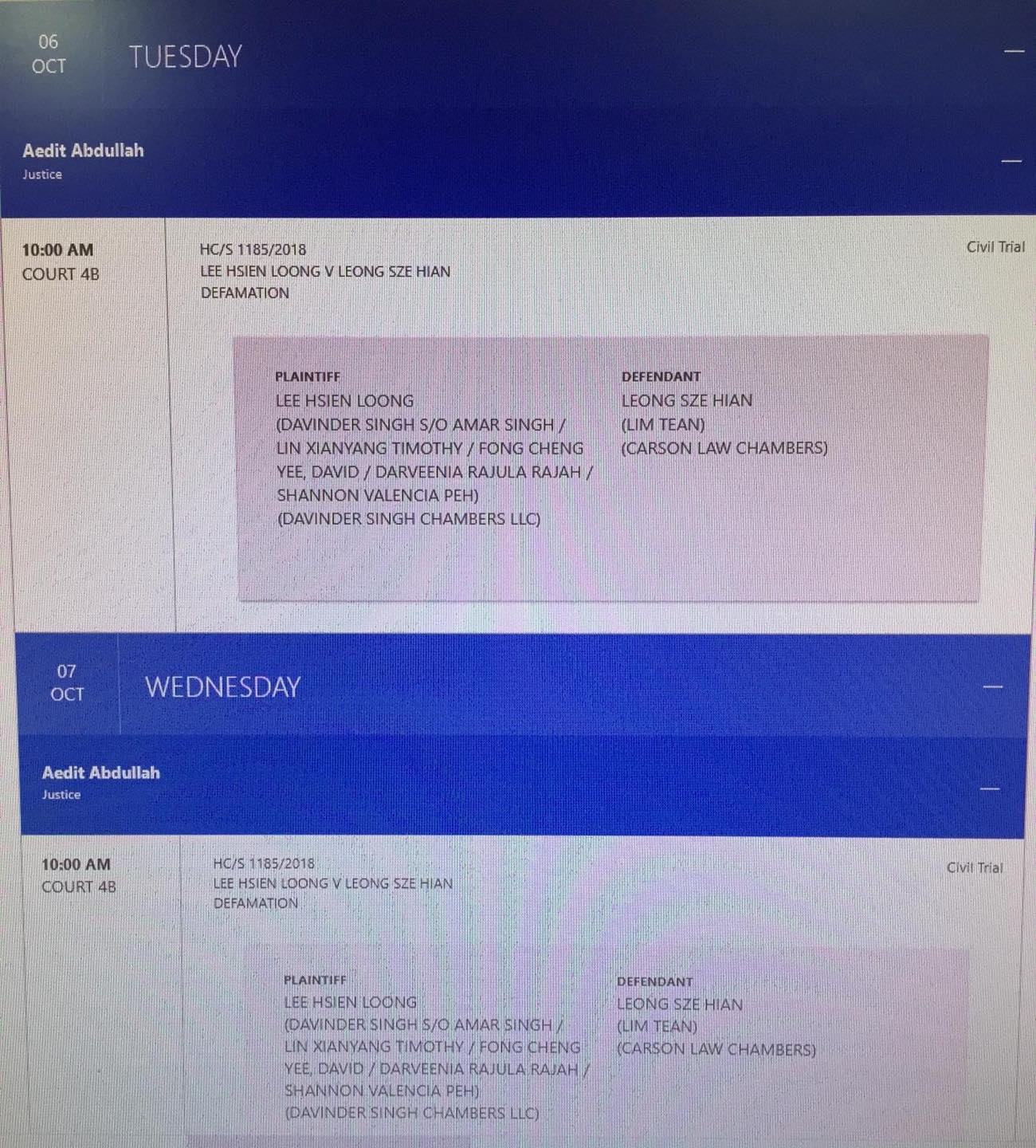 On the other hand, Mr Lim said he’ll be “flying solo” for Mr Leong.

Mr Lim also reminded the public that the trial will be from Tuesday (6 Oct) to Friday (9 Oct).

He also revealed that it will take place in courtroom 4B, from 10am on all 4 days.

What’s most interesting is that PM Lee himself will be taking the stand on Tuesday (6 Oct and Wednesday (7 Oct) to give evidence.

Those who want to watch may want to note that while the trial is open to the public, seats will obviously be limited due to Covid-19 safe distancing measures, so he advised those who are coming to queue up early.

In case you’re wondering why they’re going to court, it all started when Mr Leong shared an article on Facebook on 7 Nov 2018. 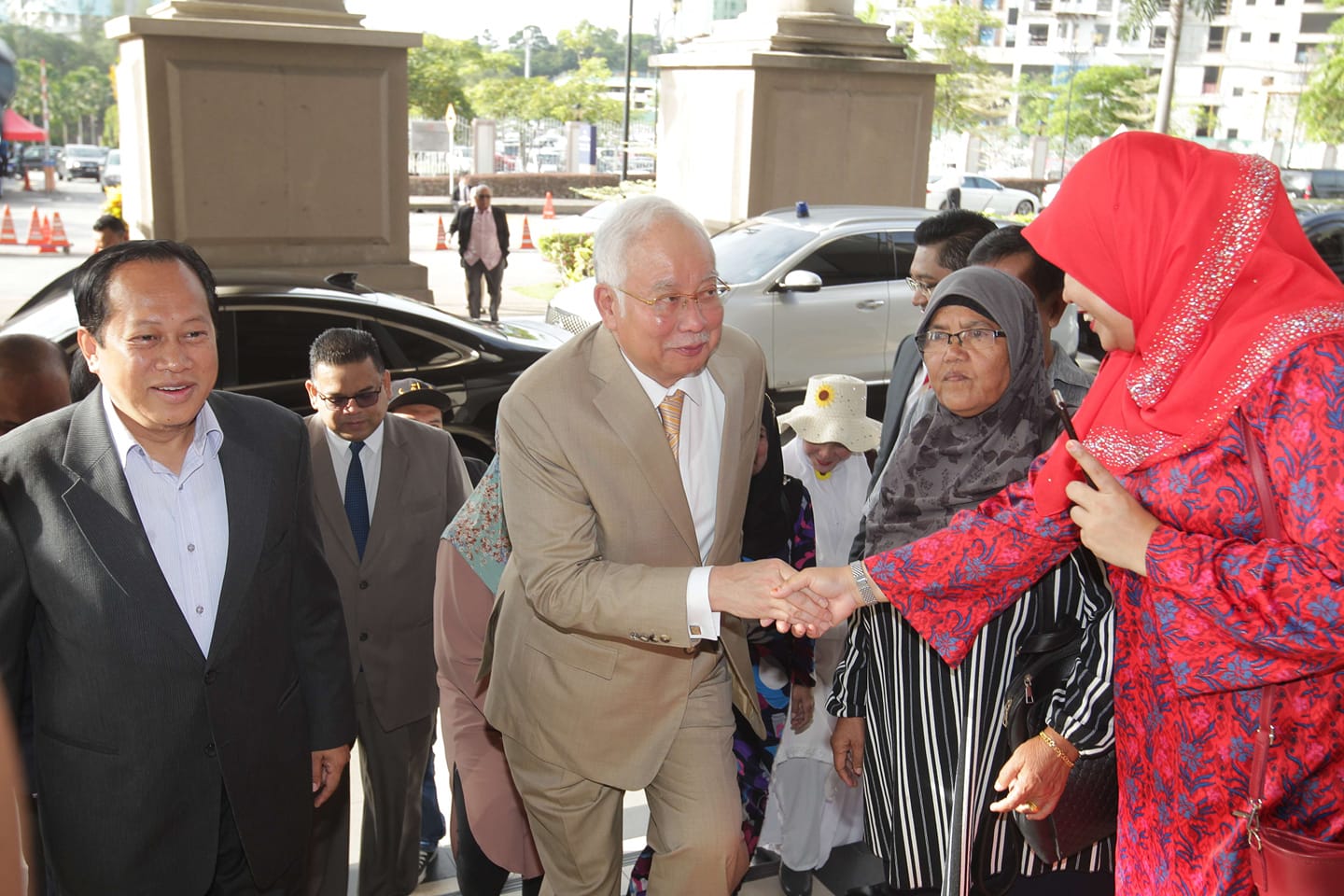 After being sued, Mr Leong filed a defence and counterclaim against PM Lee.

He argued that Mr Lee’s defamation suit against him was an abuse of court process.

He also pointed out that he took down the offending post 3 days after posting it, when he was ordered to do so by the Infocomm Media Development Authority.

However, on 27 Sep 2019, the Court Of Appeal dismissed the counterclaim, reported The Straits Times.

Which brings us to the original defamation suit that will be heard in the coming week.

A spanner was thrown in the works when Mr Lim was arrested by the police on Friday (2 Oct), reported lawyer M. Ravi in a Facebook post.

While being put in cuffs, Mr Lim reportedly alleged that his arrest was politically motivated. 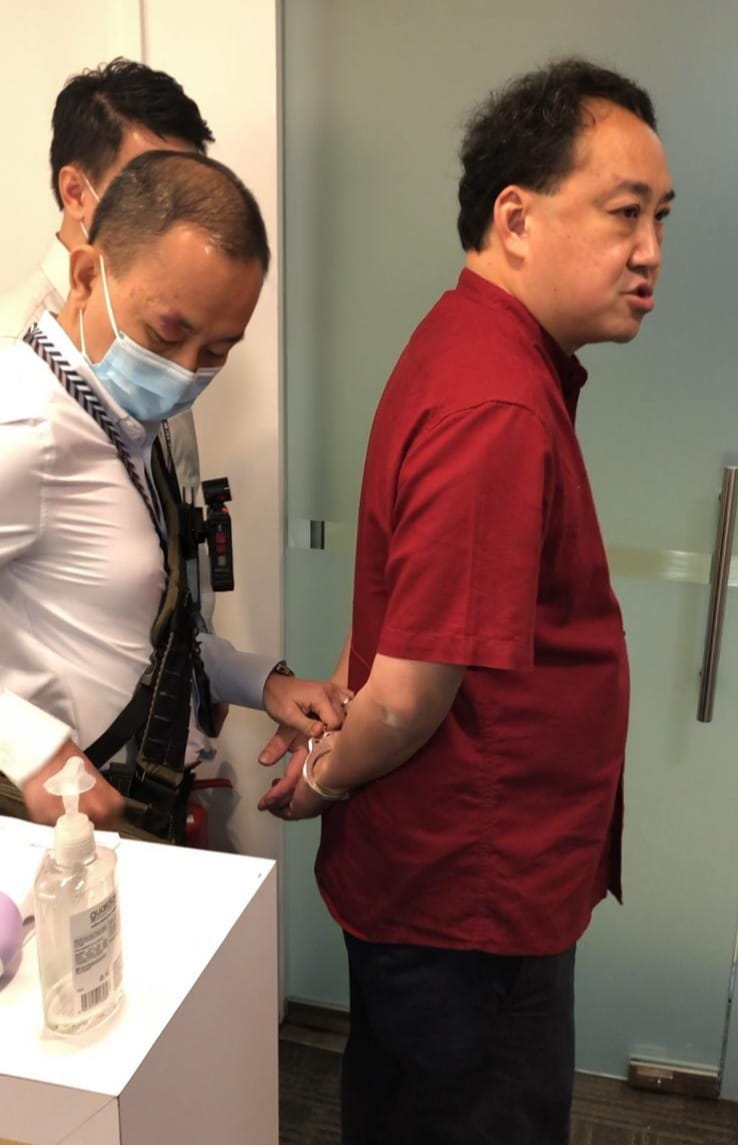 The arrest came as he was preparing his defence for the defamation trial.

He was later released on bail, with the bailer being his client, Mr Leong.

The Singapore Police Force published a statement later that same day, rejecting the allegations that the arrest was politically motivated.

In the statement on Facebook, the police said that Mr Lim was arrested because he refused to attend a compulsory interview.

The interview was part of investigations into 2 cases:

They also produced a letter from Mr Ravi, Mr Lim’s counsel, that said he “has no intention of turning up for any interview”. 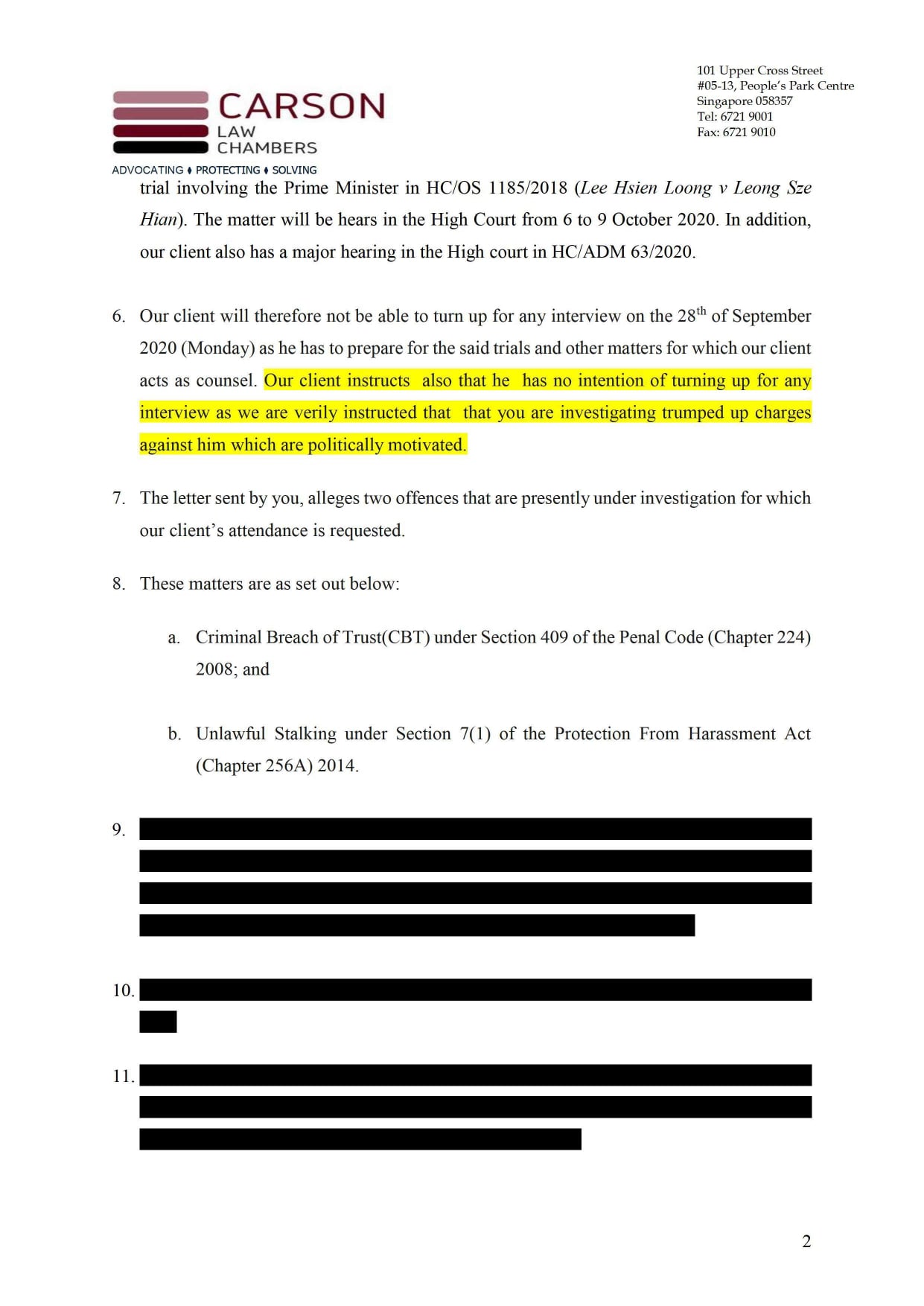 Since Mr Leong shared an article on Facebook nearly 2 years ago, this saga has seen many twists and turns.

From defamation suits to countersuits, to our Prime Minister having to appear in court, and a lawyer being arrested and bailed out by his client, it’s a real-life drama that no scriptwriter would be able to come up with.

The most dramatic act is yet to come, with Mr Lim set to cross-examine PM Lee in court.

That’s a finale that we’d gladly pay to watch.