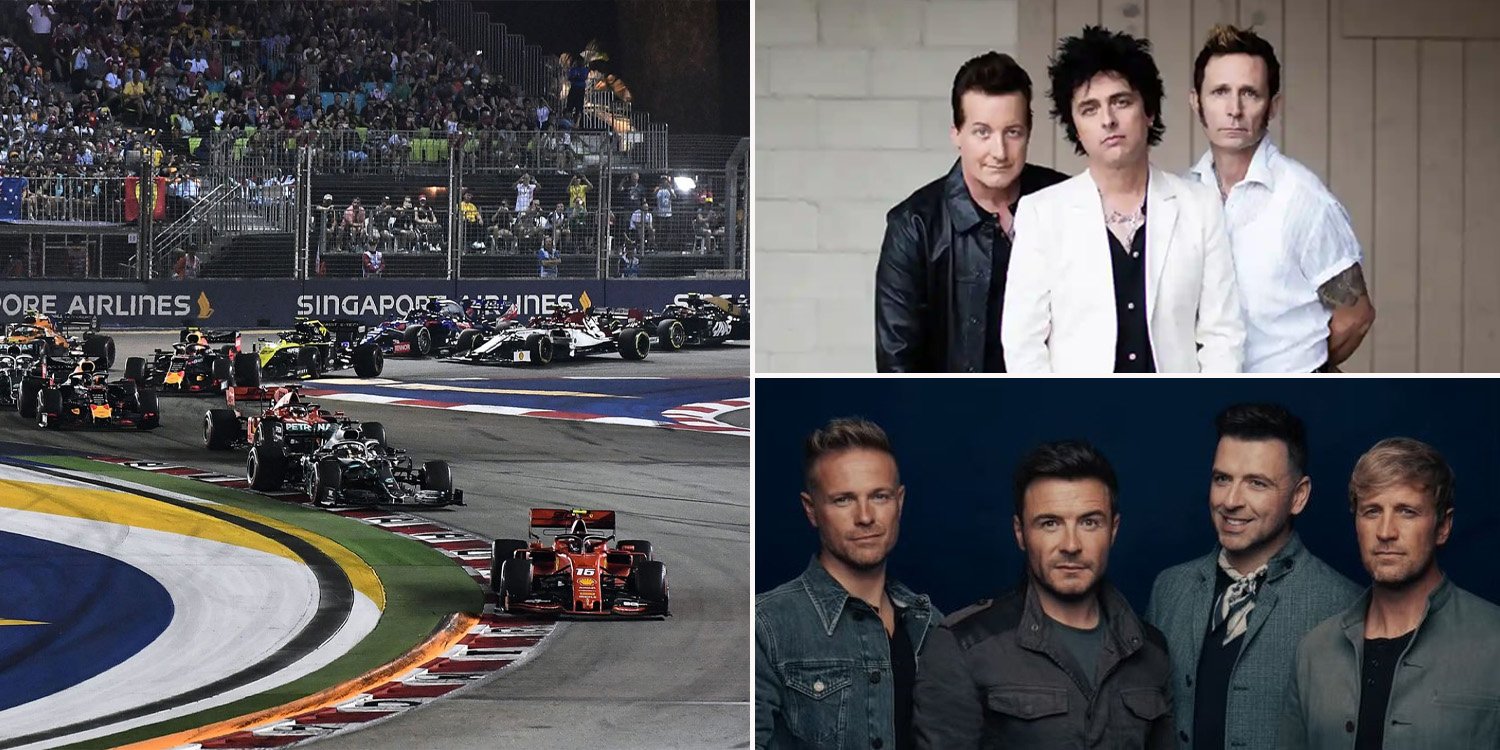 Additional tickets will also go on sale at the SGP website.

The F1 Grand Prix in Singapore has always drawn massive crowds for its high-profile concerts as much as the racing. Previous editions of the night race saw the likes of global icons such as Gwen Stefani and Ariana Grande singing the night away.

After a two-year hiatus due to the pandemic, this year’s night race will offer a star-studded lineup of performances. The Singapore Grand Prix (SGP) recently announced its first wave of performances, which will include Green Day, Marshmello and Westlife.

More acts are set to be announced soon.

On Monday (23 May), SGP revealed the first wave of entertainment acts for the F1 night race.

Green Day, Westlife and Marshmello will be headlining the concerts for the highly popular night race. Marshmello is performing on 30 Sep, the first day of the race. Westlife will take the stage the following day. Last but not least, Green Day will finish off the first wave of performances on 2 Oct. More acts will also be announced over the coming weeks. SGP has stated the final lineup will comprise more than 75 performances, taking place over eight stages across the Marina Bay Circuit Park.

Those who have tickets to the Grand Prix will also have access to the Padang Stage in Zone 4.

Additional tickets to the F1 Grand Prix concert are on sale

While seats to the Grand Prix sold out within hours in April, Singaporeans need not worry.

SGP has announced the sale of more walkabout tickets, going on sale on Tuesday (24 May) from 10am. They will be available as single-day or three-day options, and priced at S$98 and S$288 respectively.

These tickets will enable patrons to have access to strategically located viewing bleachers in addition to the concerts.

A limited release of single-day Grandstand tickets priced from S$98 will also go on sale on Thursday (26 May) at 10 am.

Fans can purchase the tickets from the SGP website.

With global singing sensations once again returning to headline the concerts for F1 Grand Prix, we certainly have something to look forward to in October.

For so long, the F1 Grand Prix had been a staple of Singapore’s yearly calendar of large-scale events. Its return, along with its all-star lineup, seems to hark back to pre-pandemic days.

If you don’t have a ticket yet, visit the SGP website and book yours before they all sell out.

Featured image adapted from Formula 1, The Guardian and the Singapore Grand Prix on Facebook.