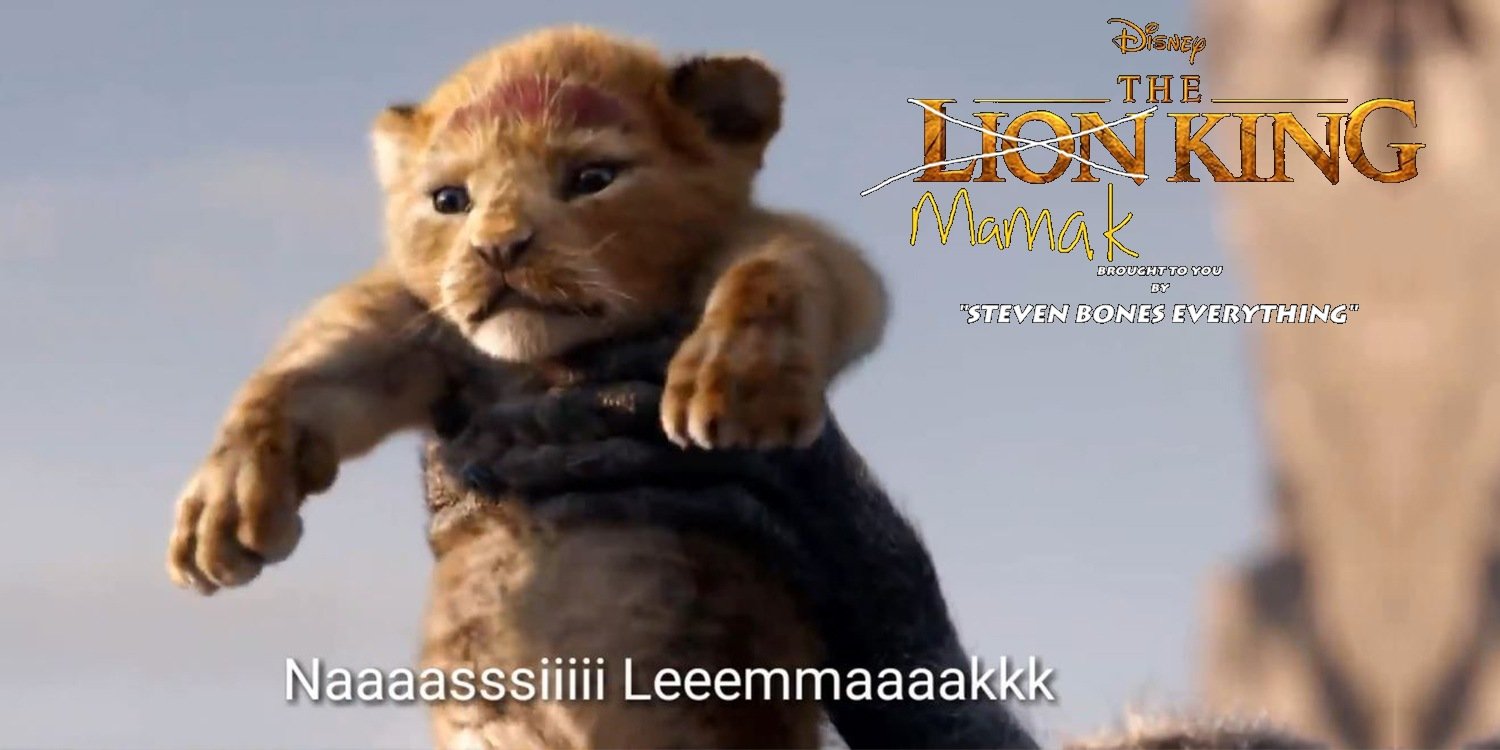 Lion King Parody By Steven Bones Is Everything

From the day we arrive on the planet, and blinking step into the sun — we visit mamak stalls. Uploaded by a mysterious Facebook user named Steven Bones Everything, the video has garnered 31,000 shares in under 2 days.

For all the references peppered within the video, we’ll make an educated guess that the creator is from Malaysia.

We’d definitely recommend blasting this Nasi Lemak anthem during lunch to your colleagues and classmates today. Here’s the video in full.

The cinematic trailer opens with a stunning view of the sunset against the silhouettes of raintrees on a vast savannah plain.

A hungry man invites his friend to visit a Mamak stall to have a meal, in a musical cry. 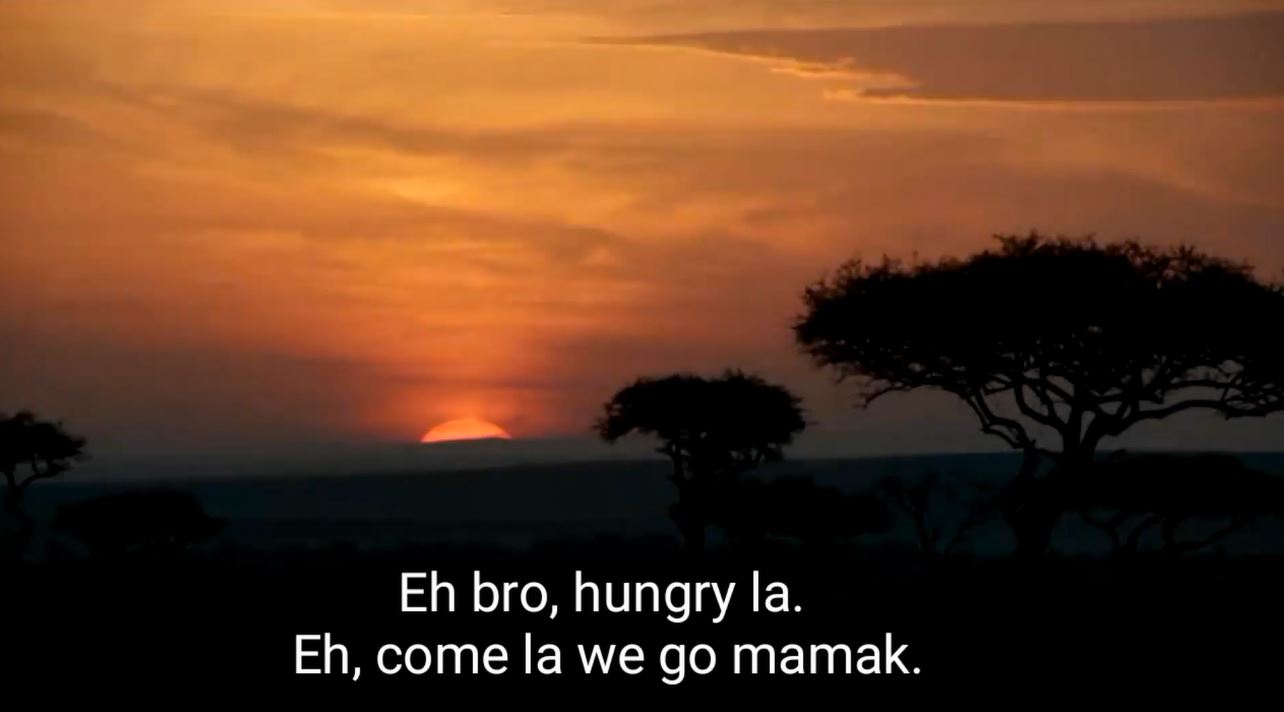 The song transitions to the Mamak stall’s waiter as he converses with his boss. 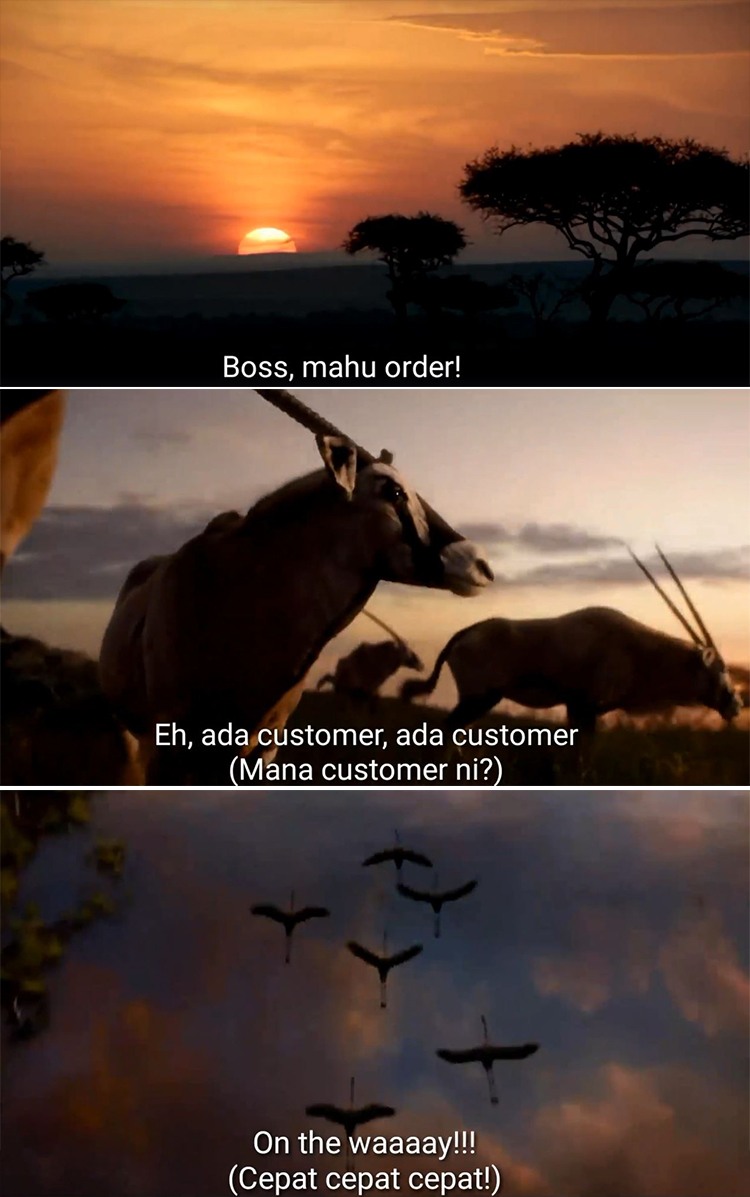 Everything the light touches

The Mamak stall owner then shares the secret to his success — the universal understanding that “everything the light touches can be put inside a roti”. 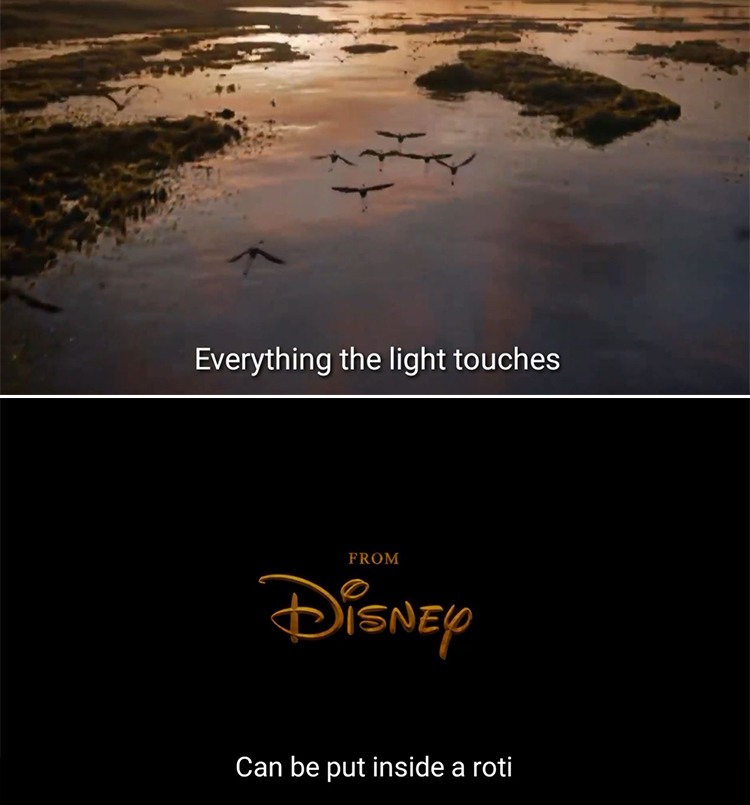 As for everything else, he tells his young Padawan, you can simply tambah aka add cheese. 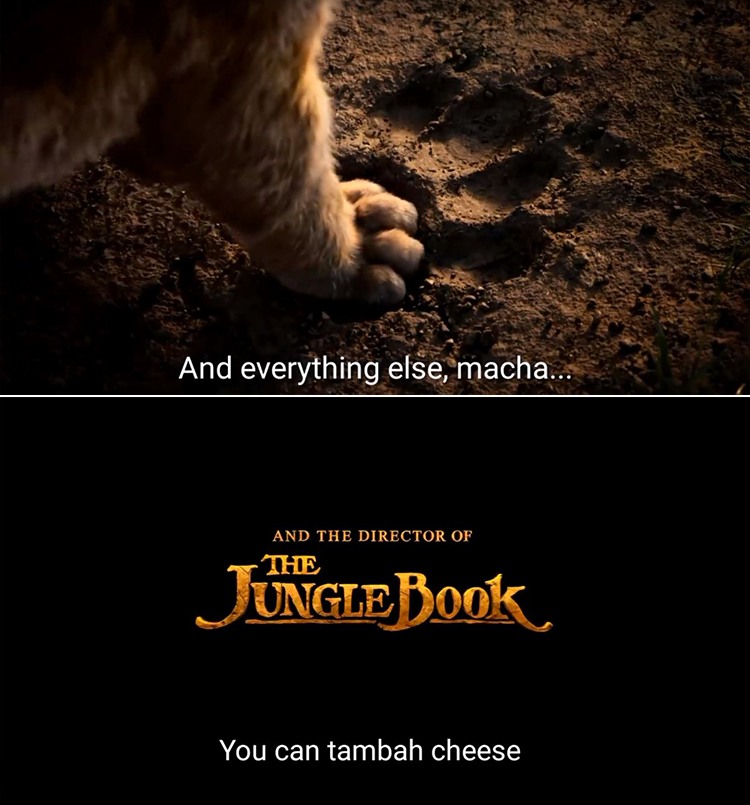 Give me sambal, or give me death

But the most fundamental lesson in Mamak stall cuisine is something that you must never forget. 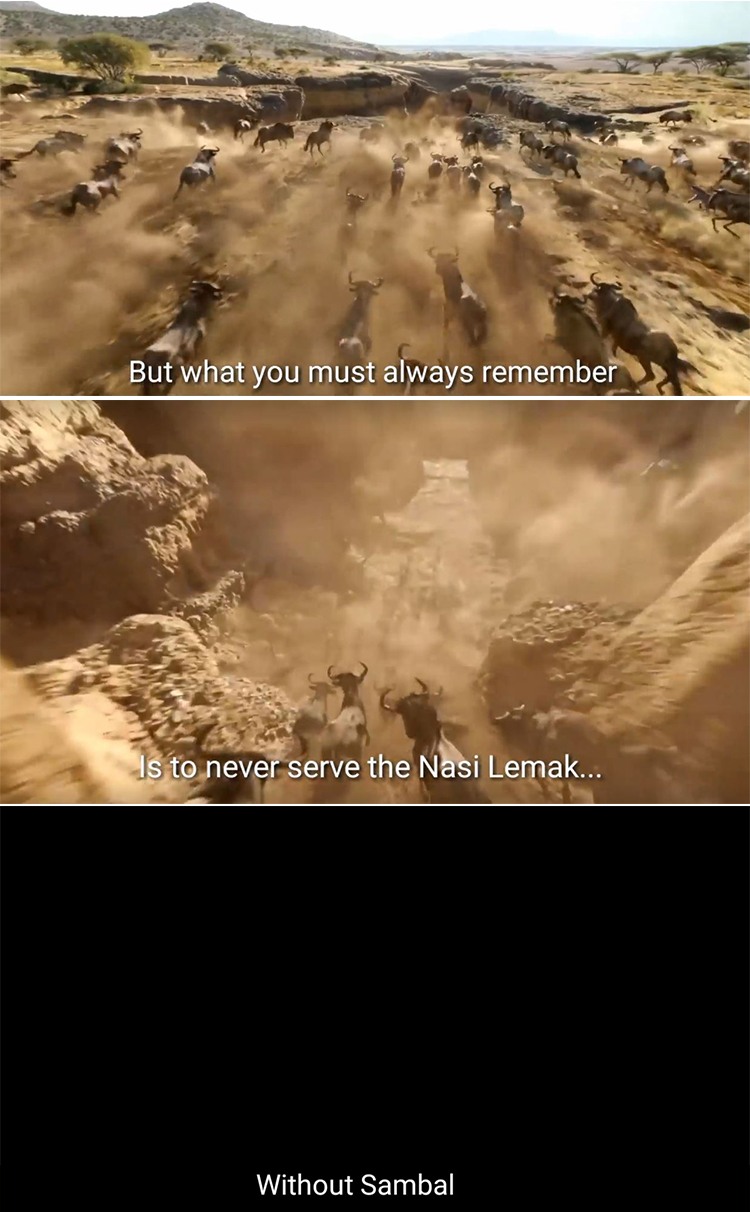 The waiter then gently urges the customer to give their orders to him. And in typical Disney musical fashion, he receives a dramatic reply. 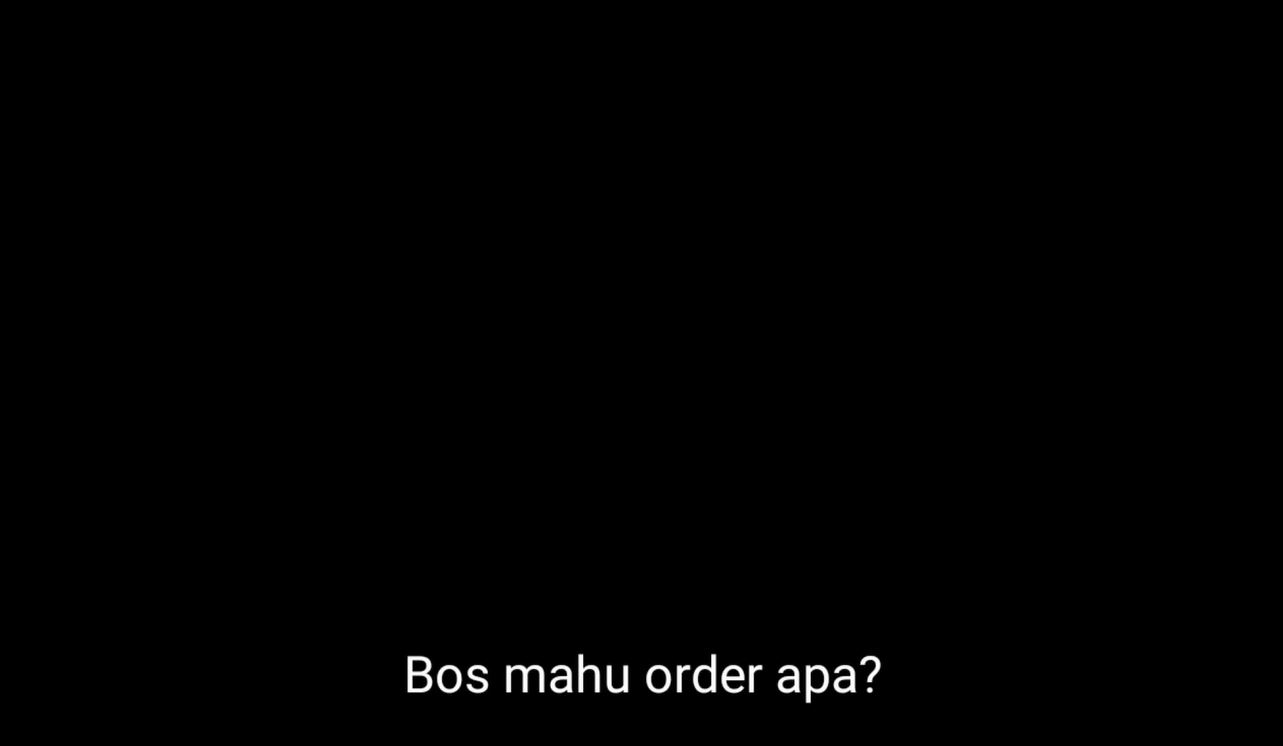 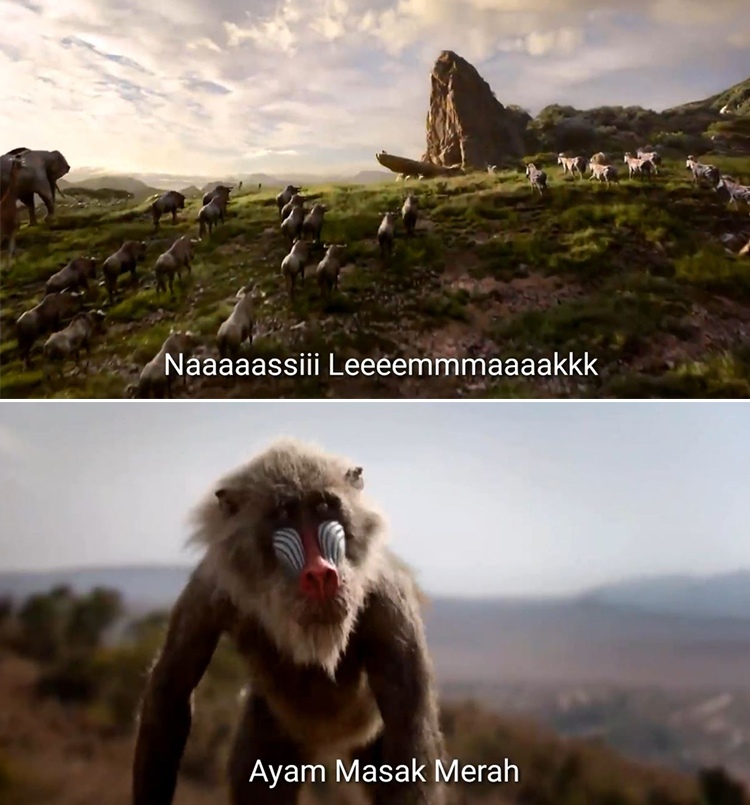 They didn’t forget drinks either. 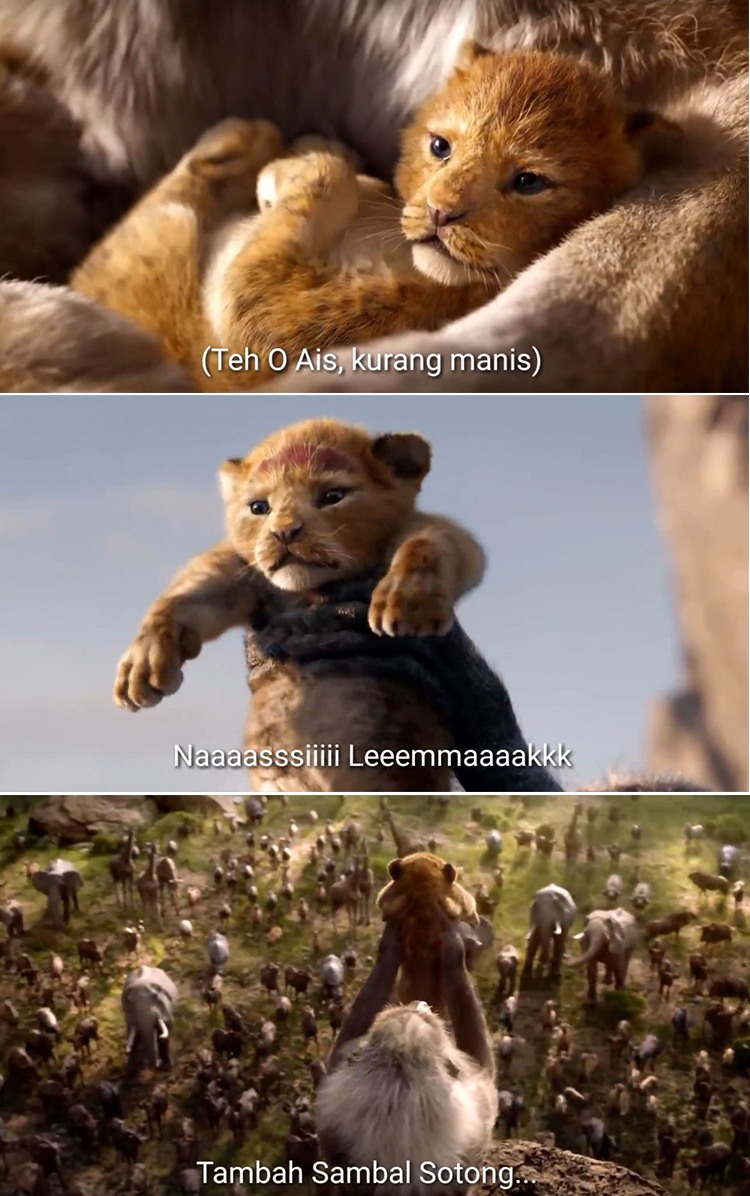 Perhaps concerned about the sweetness of his drink, the customer cautions the waiter to remember only this. 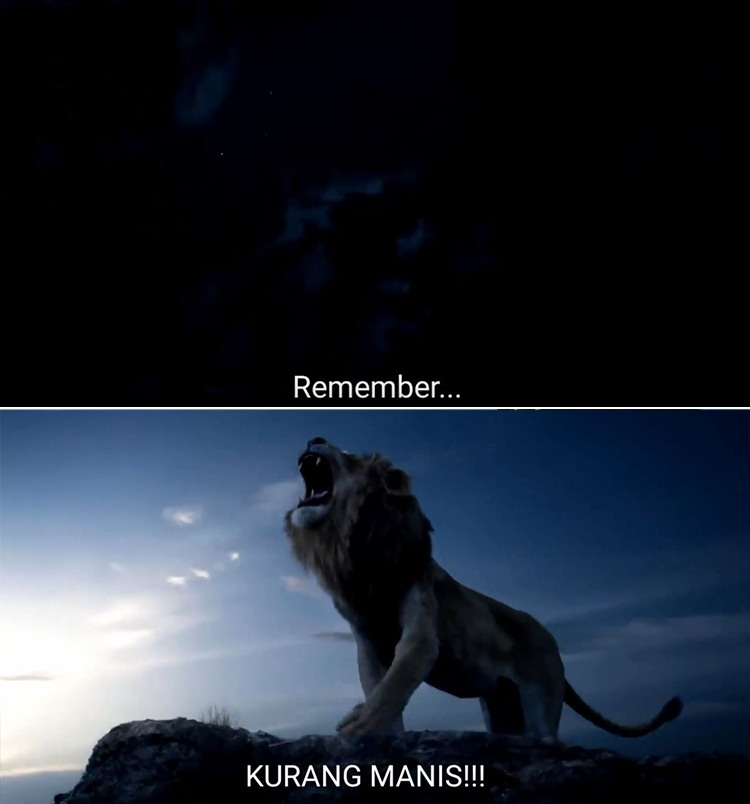 “Kurang manis” translates to “less sweet”. We feel you abang, we feel you.

Steven Bones Everything seems to be a newly created Facebook page, but its very first musical parody video is already a runaway success.

Netizens took to the comments section to make it known that they all wished to see more good work from him.

Malaysians also loved how relatable and realistic the portrayal of Mamak culture was.

Steven Bones admitted that he single-handedly voiced and sung all the characters in the clip. Impressive.

Please keep these parodies coming Steven, the world can’t wait to see what’s next from you.

You can view the entire video on YouTube here:

Featured image from Steven Bones Everything and Walt Disney Studios.