He is believed to have passed away from a heart attack.

Since doctors often work tirelessly to treat patients and save lives, their passing would greatly impact many people.

On Sunday (5 Dec) morning, a world-renowned liver transplant surgeon, Tan Kai Chah, passed away on the island of Hainan.

According to the Asian American Medical Group, Dr Tan was on a business trip to run the first Singapore-operated medical centre on the island.

The 68-year-old Malaysian, often known as Dr K.C. Tan, is believed to have passed away from a heart attack, reported The Straits Times (ST).

Liver surgeon passes away while on business trip

Dr Tan was found to have passed away on Sunday (5 Dec), sometime between 8.30am and 9.30am in his hotel room at Hainan. 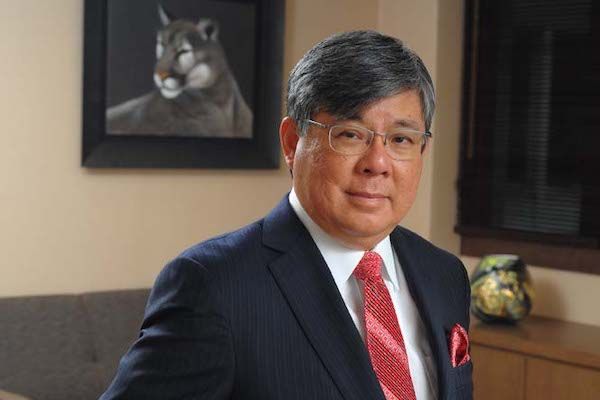 Dr Tan was the executive chairman of the Singapore-based medical group, which includes the Asian American Liver Centre, a clinic in Gleneagles Hospital where he practised. 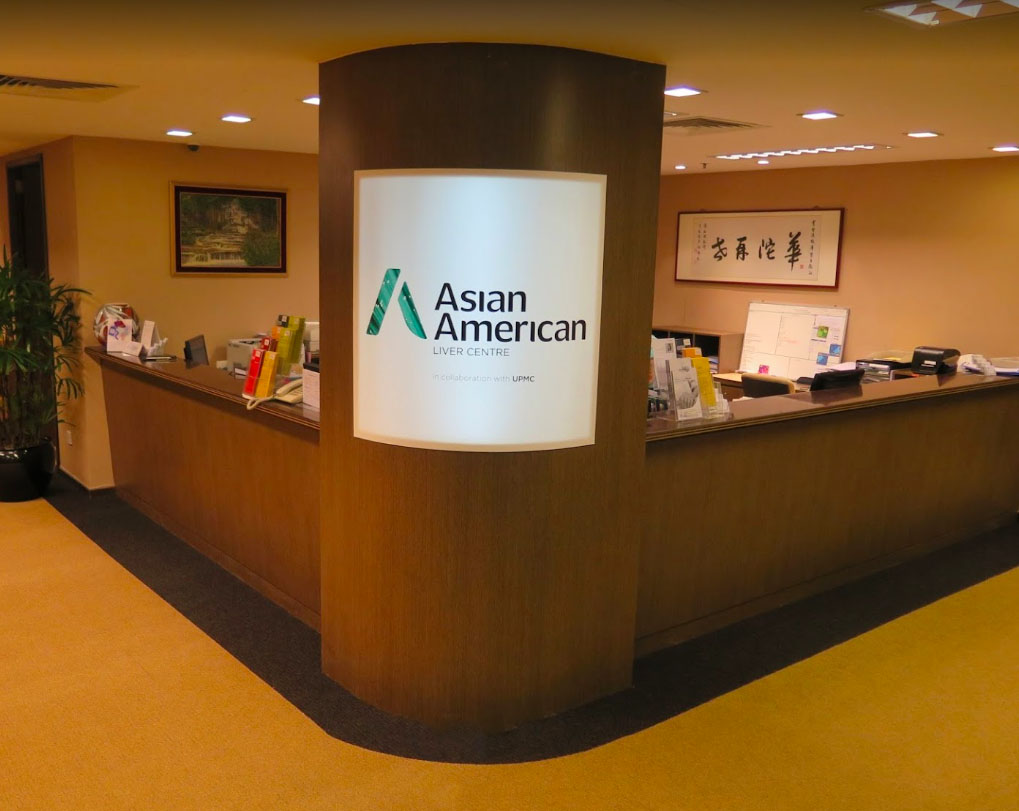 The group chief financial controller, Ms Angela Choong said Dr Tan had sent his usual “good morning” greetings to her and other colleagues hours before he passed.

Ms Choong added that Dr Tan’s death was very sudden, and the team is still coming to terms with it.

She praised Dr Tan for being a good boss who was well-respected and cared immensely for his patients and worked tirelessly to give them the best care.

Dr Tan leaves behind his wife and daughter.

He not only pioneered the LDLT programme in Singapore but also helped start the liver transplant programme at the King’s College Hospital in London.

Ms De Cruz had suffered a liver failure and almost died after taking slimming pills in 2002. Mr Png, her then-boyfriend, also donated part of his liver to save her. That was the first time the Ministry of Health allowed a non-related living donor could donate to a patient. 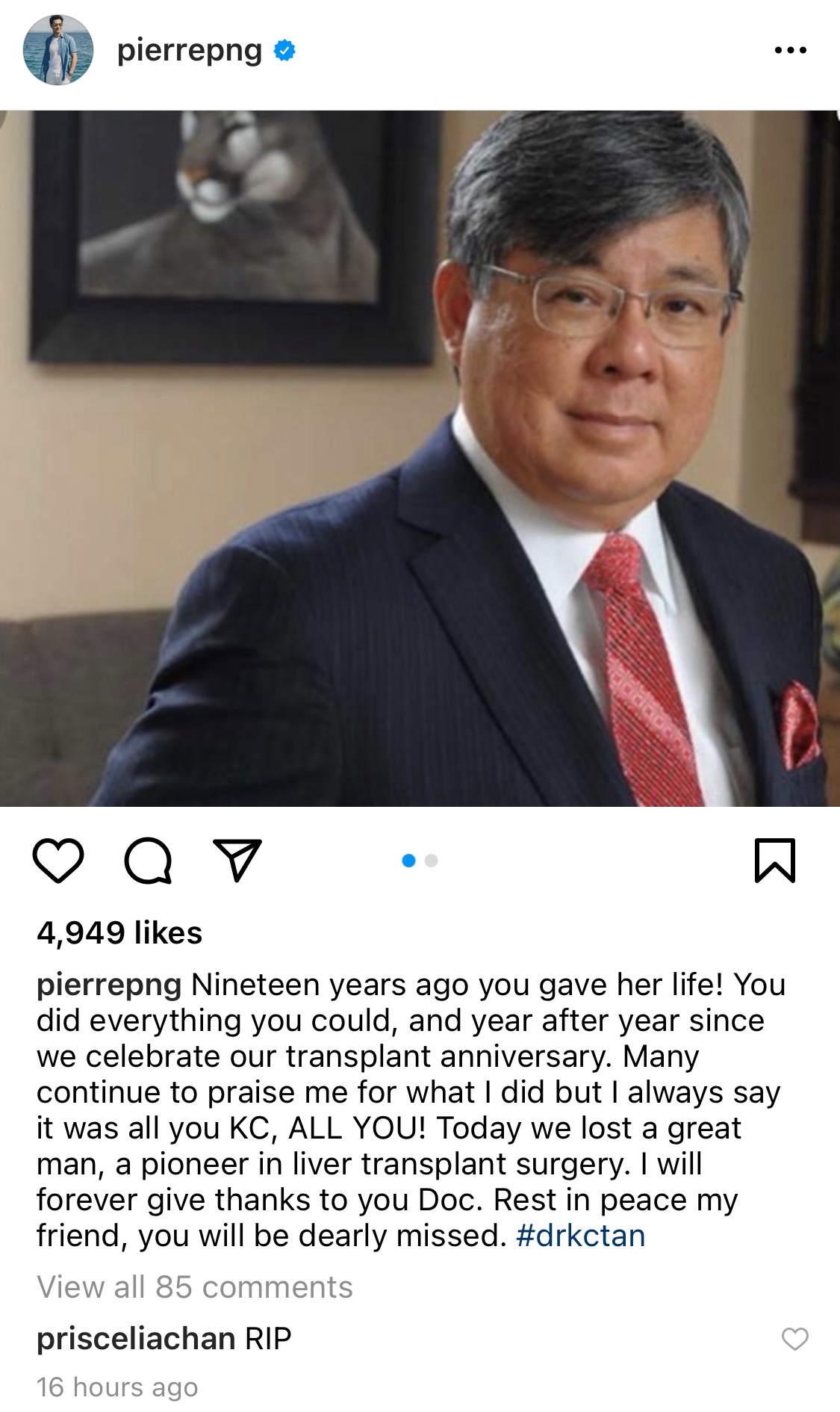 Sultan Ibrahim posted his condolences on Facebook and talked about how Dr Tan had looked after and treated his late son. 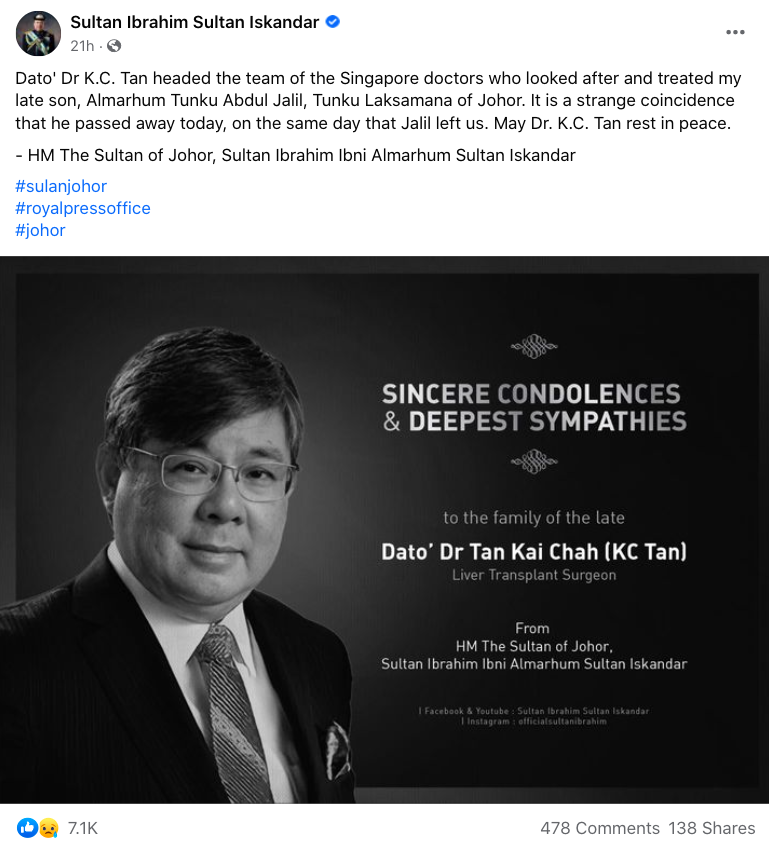 ST reported that the Asian American Medical Group’s board of directors will convene a meeting soon to discuss the appointment of a managing director or chairman, or both to succeed Dr Tan.

Condolences to liver surgeon’s loved ones

The passing of a caring, brilliant, and dedicated doctor is definitely a huge loss to both the medical and the public community.

MS News sends our deepest condolences to Dr Tan’s loved ones. May he rest in peace.