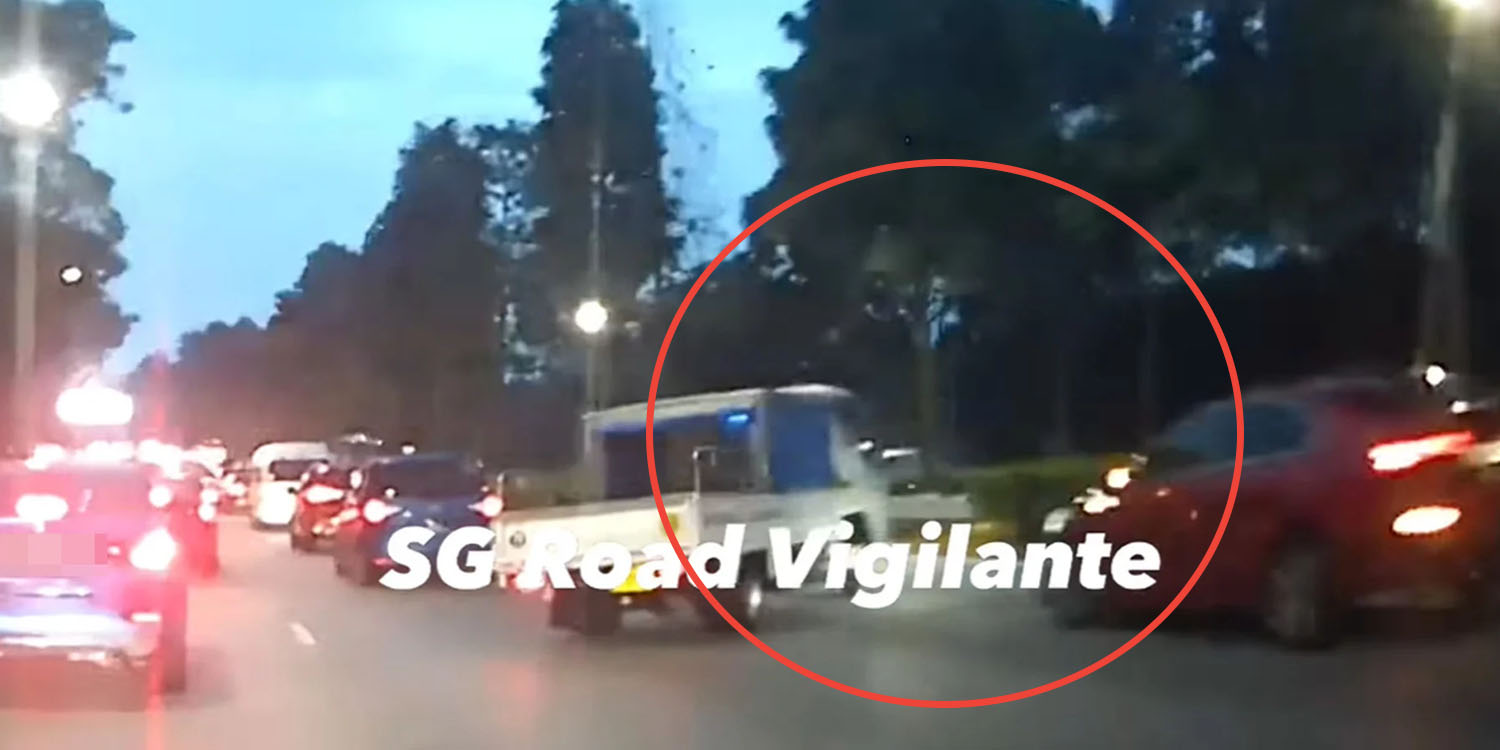 It did a 90-degree turn after braking.

A lorry was travelling on the Seletar Expressway (SLE) when it suddenly skidded and made a 90-degree turn.

The abrupt motion caused a car behind to crash into it. The lorry then skidded along the road to the other side, colliding with another car.

A video of the incident was posted to SG Road Vigilante (SGRV) on Facebook. It reportedly occurred at around 6.47pm on 29 Sep.

At the start of the footage, the lorry travels along the SLE before it brakes abruptly. This causes it to veer sideways in a nearly 90-degree turn.

As a result, a car that had been driving at full speed rams into the lorry.

The lorry skids ahead on the lane for a few seconds, before drifting towards the other side of the road.

It then collides with another car, and both vehicles slow to a stop.

The video has since gained significant attention on Facebook, amassing over 12,000 views.

Fortunately, it seems that the drivers managed to avoid severe injuries, as the Singapore Civil Defence Force (SCDF) confirmed with MS News that they did not receive any reports about the accident.