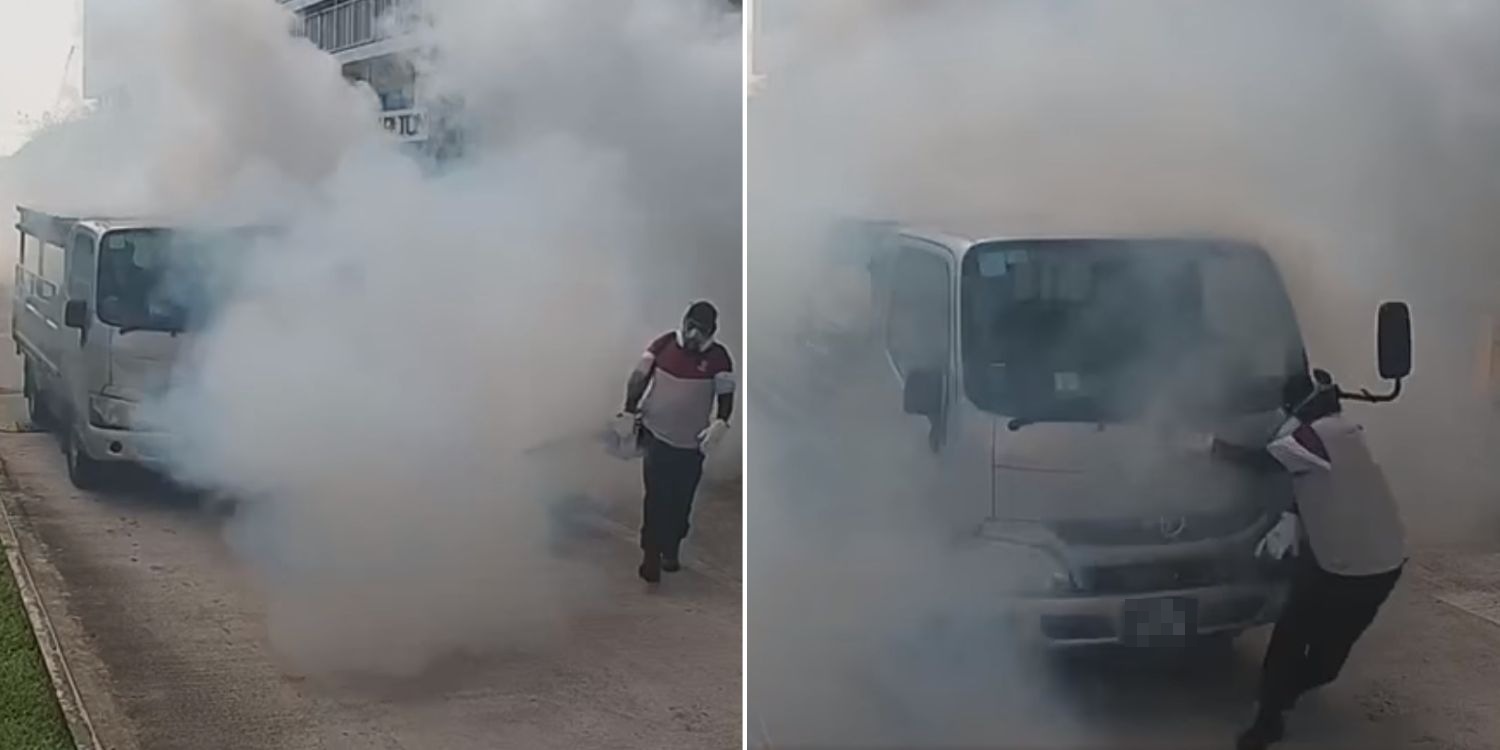 He had surgery to remove a vertebra to stop the bleeding from the fall.

Workplace safety has come under the spotlight recently, with deaths linked to workplace accidents rising to all-time highs.

Recently, an exterminator shared CCTV footage of an accident he was involved in while fumigating a building in Woodlands.

While blowing the gaseous pesticides into the drain near a carpark gantry, the resulting smoke that billowed from the ground filled the area, dropping visibility to almost zero.

At the same time, a lorry happened to be approaching the gantry. Likely unable to spot the exterminator who began crossing the vehicle’s path, the driver accelerated and collided with him.

The victim reportedly sustained injuries that required surgery to his spine.

On 4 Oct, the exterminator shared CCTV footage of the accident on Facebook.

Along with the video, he wrote a caption in Malay that translates to, “Who do you think is at fault? Because of this, I lost one vertebra and almost died on the operation table. That’s what the doctors told me.”

A check on Google Maps shows that the incident happened at an industrial building in Woodlands. The timestamp on the footage indicates that it occurred on 19 Aug 2022.

The video begins with a man dressed in black seemingly surveying the area before the exterminator started the fumigation process.

As he exited the frame, thick smoke billowed from the drains near the carpark gantry. The smoke quickly spread, effectively reducing the visibility in the area to almost zero.

At this point, a lorry approached the gantry and stopped momentarily. As soon as the barrier lifted, however, the driver surged forward, seemingly oblivious to the exterminator who was walking in the same direction before crossing the vehicle’s path.

Within moments, the lorry collided with the exterminator, who was still spraying the gas while walking. The impact sent the victim flying sideways and falling to the ground, as his equipment fell out of his hands.

The lorry driver then reversed before getting out of the vehicle to check on the man.

The video ends with smoke still pumping out of the fumigation device.

Exterminator shares that he had vertebra removed to stop bleeding

In the comments section, the exterminator replied to various theories on who could be at fault.

One comment suggested that all parties in the video were in the wrong. However, the OP countered by saying that drivers should stop if visibility is low.

Another netizen offered a different theory and blamed the management for not ensuring the safety of the exterminator while on the job.

This comment joked about how the whole accident was the fault of the pesky mosquitos. 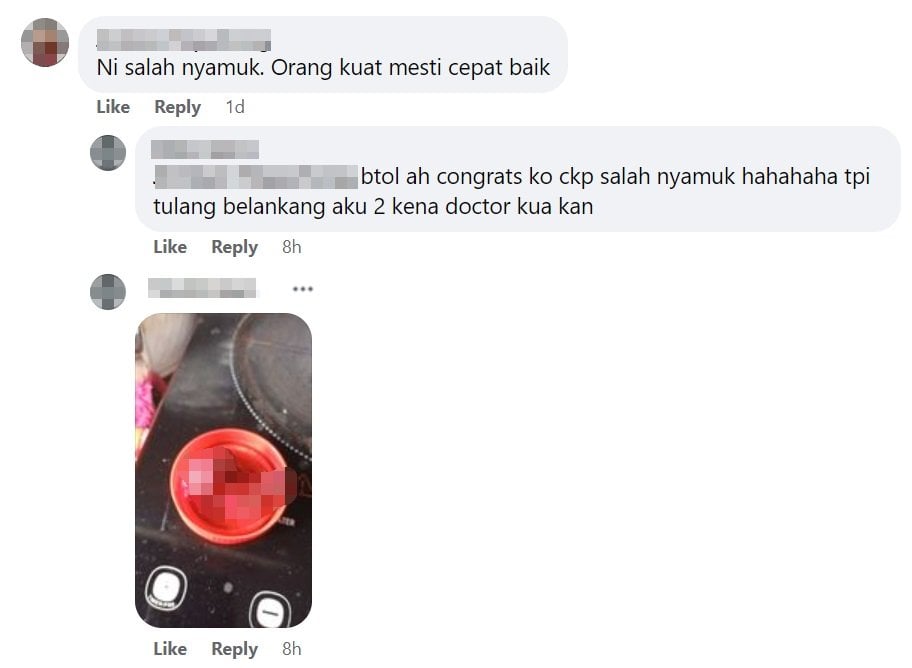 Although it did get a chuckle out of the OP, he went on to share that doctors had to pull out a vertebra to stop the bleeding caused by the accident. He even attached a picture of the bone in his reply.

MS News has reached out to the exterminator for more information regarding the accident and will update the article accordingly.

In the meantime, we hope the OP has recovered fully from his surgery and will have a safer and smoother work experience moving forward.