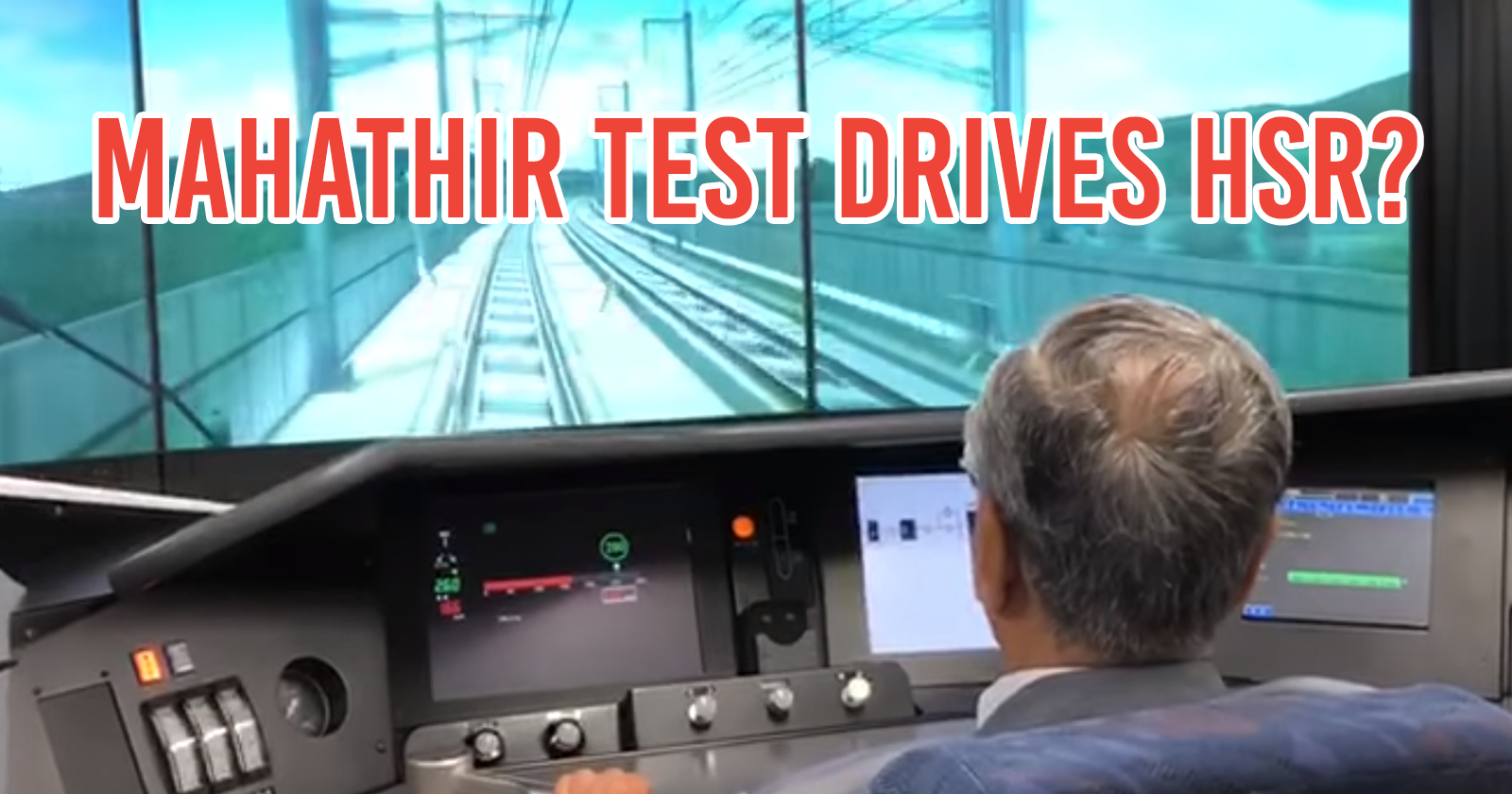 Take some time to bask in the irony of this video

He drove the simulator while visiting a JR Kyushu training facility, on a working visit to Fukuoka and Oita, Japan.

While Dr Mahathir seemed to be enjoying himself and the simulator’s ability to “simulate changes in weather and day and night”, the real world High-Speed Rail (HSR) between Singapore and Kuala Lumpur seems to be hanging by the thread.

MOT went on to say that the Malaysians did not provide “clarifications sought by Singapore and has not communicated their proposed dates for such discussions”.

This comes after months of Malaysian flip-flops on the issue. In January, Japan’s ambassador to Malaysia said that Japan would make an all-out bid for our HSR — slated to be South-East Asia’s largest infrastructure project.

Japan was also one of three other potential bidders – China, South Korea and France – that were competing for the highly lucrative bid.

The Japanese decision to show off their bullet train facilities could be an effort to show Malaysia the merits of a High-Speed Rail system.

A possible attempt to change the government’s stance that it’s “too expensive”, and not required at the moment.

We guess only time will tell if this charm offensive was successful.