Must Share News – Independent News For Singaporeans
Home People Commentary Should Singapore Be Worried As Mahathir Cosies Up To Indonesia? 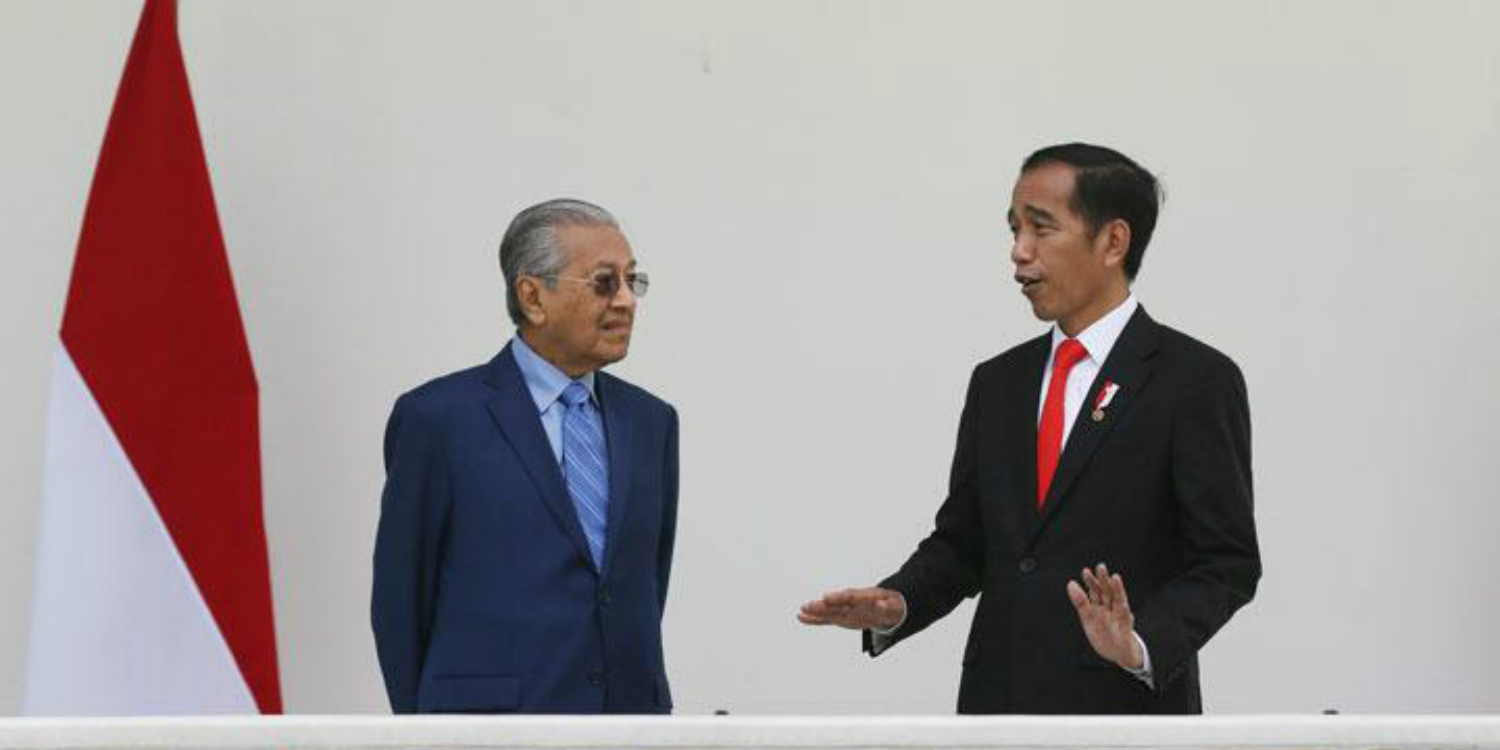 It wasn’t as momentous as the recent Trump-Kim Summit, but this week’s meeting between Malaysian Prime Minister Mahathir Mohamad and Indonesian President Joko Widodo was certainly significant.

Mr Widodo rolled out the red carpet for Dr Mahathir, who was making his maiden foreign trip since re-election in May. The two statesmen gave a joint press conference, where they exchanged platitudes and well-wishes for one another.

But two words Dr Mahathir said caught our eye. Explaining why he had chosen to visit Indonesia first, the straight-talking leader said it was an easy choice, since Indonesia was Malaysia’s “closest neighbour”.

In contrast, Singapore and Malaysia trade about US$67 billion worth of goods and services every year.

It appears that both Dr Mahathir and Mr Widodo want to reverse these trends. Plans are being made for Malaysia and Indonesia to roll out a joint automobile project and both leaders have reaffirmed their commitment to improving economic ties.

This week’s developments are the latest in a major shift in regional relations. Developments in Jakarta represent a positive new direction for Indonesia and Malaysia’s relationship.

Over the years, ties have strained because of disagreements over border issues and alleged mistreatment of workers.

But while Indonesian and Malaysian ties are improving, it appears that Singapore and Malaysia’s relations are worsening.

Earlier this week, Dr Mahathir caused a stir when he voiced unhappiness at the water agreement between the two countries. His move to cancel the High-Speed Rail link between Kuala Lumpur and Singapore has also strained relations.

Despite these positive moments, Prime Minister Lee Hsien Loong has admitted that relationships with Malaysia are “sensitive” and “complex”. He made these comments in 2016, when Mr Najib was in power.

Now that Dr Mahathir has returned, we can only imagine how much more sensitive and complex things are going to get.