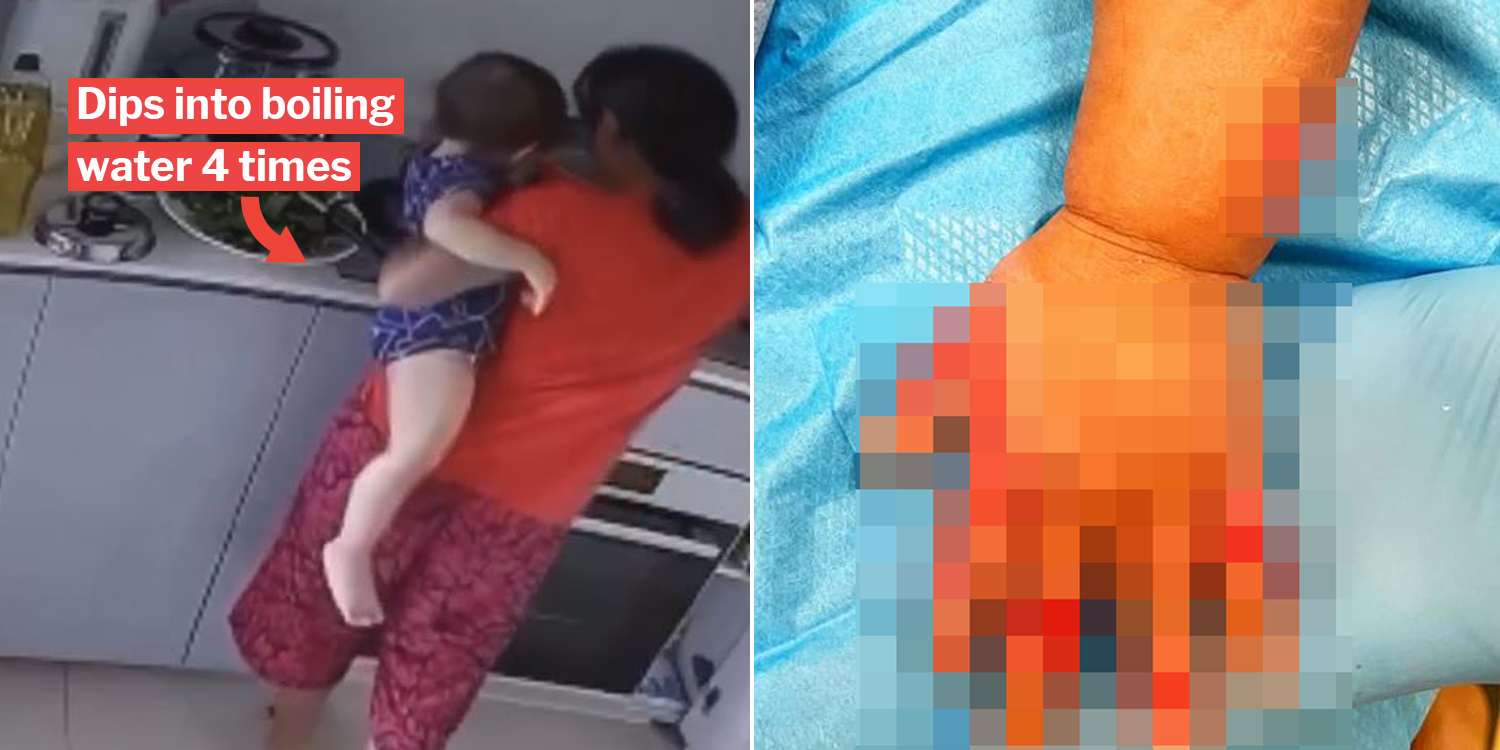 UPDATE (22 Jan, 12.35pm): According to The Straits Times, a 30-year-old maid has been arrested for allegedly dipping a baby’s hand into boiling water. Do check this post for further updates. We’ve also reached out to the police for comment.

Many families in Singapore have 2 working parents to provide for the family – leaving a domestic helper to take care of their kids and house.

While many helpers go on to become part of the family, there are several other horror stories involving helpers abusing the ones they’re supposed to take care of.

On Tuesday (21 Jan), a Singaporean mother shared on Facebook a horrific case that occurred in her home on 14 Jan this year.

According to her post, her helper allegedly dipped her 16-month-old daughter’s hand into a pot of boiling water 4 times. The entire incident was captured on her closed-circuit television (CCTV).

We summarise the incident after the jump. Please be warned that there are graphic images shared below – viewer discretion is advised.

On 14 Jan, the employer left her helper at home alone with her 2 daughters – aged 8 years old and 16 months old respective – as both her and her husband had to work.

At around 5.20pm that day, the employer’s husband received a call from his anxious elder daughter, saying that her little sister’s hand was burnt.

Horrified, both employers rushed home and brought their little daughter to a nearby clinic. When the doctor saw the severity of her burns, he immediately referred them to a hospital’s Accidents & Emergency (A&E) unit.

The doctor then noted that the 16-month-old was suffering from second-degree burns.

The employer questioned her helper on how the incident unfolded.

Without hesitation, the helper claimed that she was carrying the baby girl while cooking and the girl “touched” the pot at her own accord.

She chose to believe her helper and even comforted her that it wasn’t her fault.

Helper insisted on going back to her agency

The following day, the employer woke up to her helper packing up her luggage, insisting to return to her agency.

At that point, she tried convincing her helper to stay by telling her that the incident wasn’t her fault.

Eventually, looking at how adamant she was, the employer relented and called the agency to pick her helper up.

While waiting for her helper’s ride to arrive, she suddenly felt something was amiss. Hence, she decided to check the CCTV planted in her kitchen.

That was when part 2 of her nightmare happened.

CCTV footage revealed that the helper intentionally dipped the baby girl’s hand into the boiling pot.

As if that’s not bad enough, the helper repeated the process 4 times, dipping the poor girl’s hand back and forth into the hot water.

The employer was so shook upon viewing the footage that she made a police report immediately.

While waiting for the police to arrive, the employer questioned her helper once more, demanding a reason behind her heartless act.

The helper simply replied that she did this so that she can go home, and her friends told her this method would work.

Once the maid agency found out that she learnt about their deed, they allegedly proceeded to threaten her for being a “bad employer”.

Shocked at the maid agency’s unruly behaviour, she decided to make a second police report, hoping to serve some justice to her innocent baby daughter.

The maid has been arrested, reported The Straits Times.

May justice be served to the poor baby girl

MS News has reached out to Singapore Police Force for a statement regarding this incident and will update the article accordingly.

It is indeed extremely unfortunate for an innocent 16-month-old girl to go through all the pain she did not deserve.

This baby girl suffered severe blisters and burns across her palms, back of her hand and her wrists.

Open blisters on her palm
Source

Open blisters at the back of her hand and wrist
Source

But for now, all we can hope for is that justice be served to the little girl and her family. And most importantly, we pray that her injuries will recover soon.