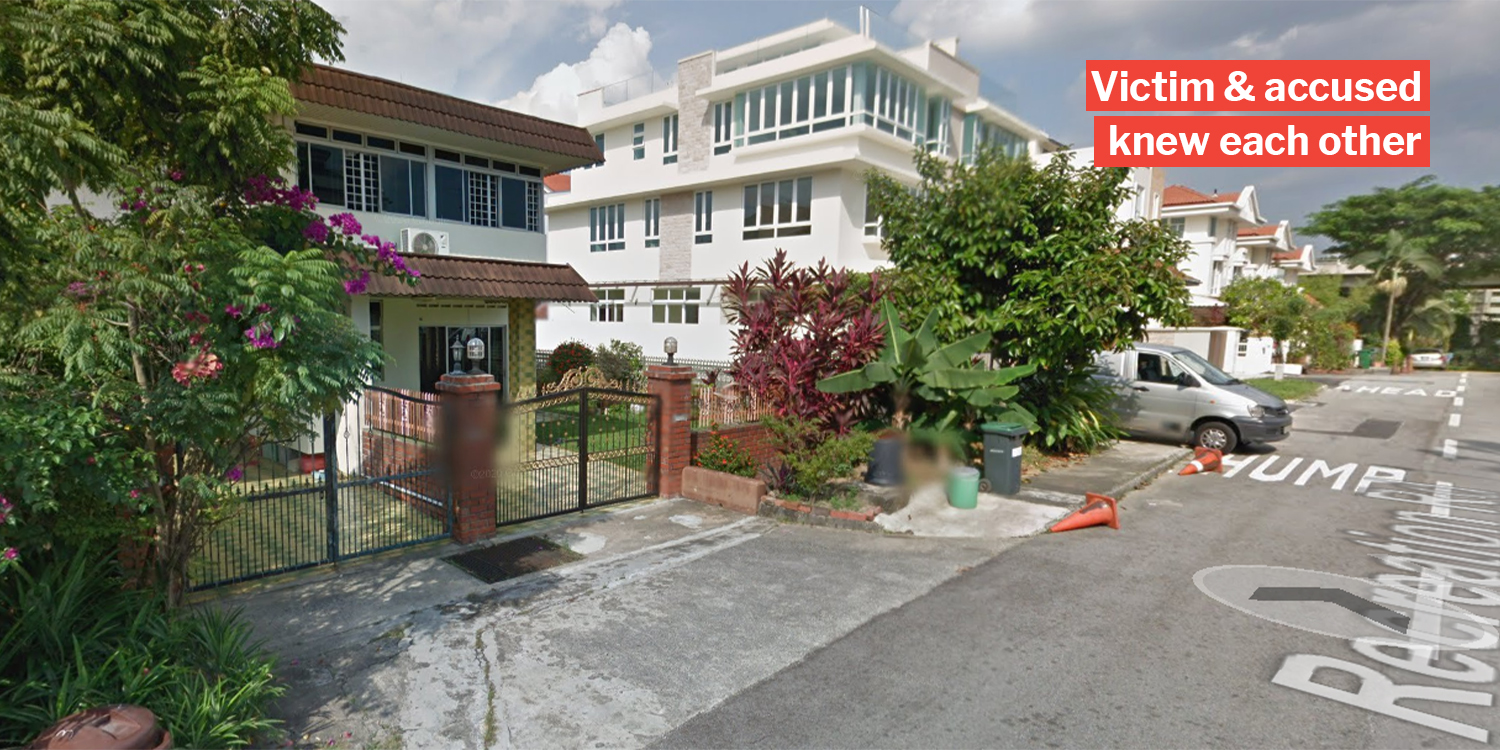 According to Channel NewsAsia, the 34-year-old was “expressionless” throughout the brief hearing when charges were read to her via video call in her native language.

She will return to court next Wednesday (15 Jul) and faces the death penalty if found guilty.

Our heartfelt condolences go out to the family of the deceased. May she rest in peace.

In another similar case back in April, a 27-year-old Indonesian helper who murdered her 59-year-old employer escaped the death penalty after she was found of a “lesser murder charge“.

A 34-year-old foreign domestic worker from Myanmar was arrested on suspicion of murder on Monday (6 Jul).

Police were alerted to a case of stabbing at a landed property on Recreation Road, located in Upper Serangoon, at 1.50pm today.

When they arrived, they found a 95-year-old woman lying motionless, and she was pronounced dead at the scene.

It is not known if the 34-year-old woman was arrested immediately after.

Helper will be charged on 8 Jul

Police say that the case is being investigated as murder, and that the woman will be charged in court on Wednesday (8 Jul).

The victim and accused apparently knew each other, which makes it possible that the helper worked at the victim’s household.

According to neighbours that The Straits Times (ST) interviewed, they did not suspect any conflicts happening in the house.

Rest in peace to the victim

MS News would like to express our condolences to the victim’s family and friends.