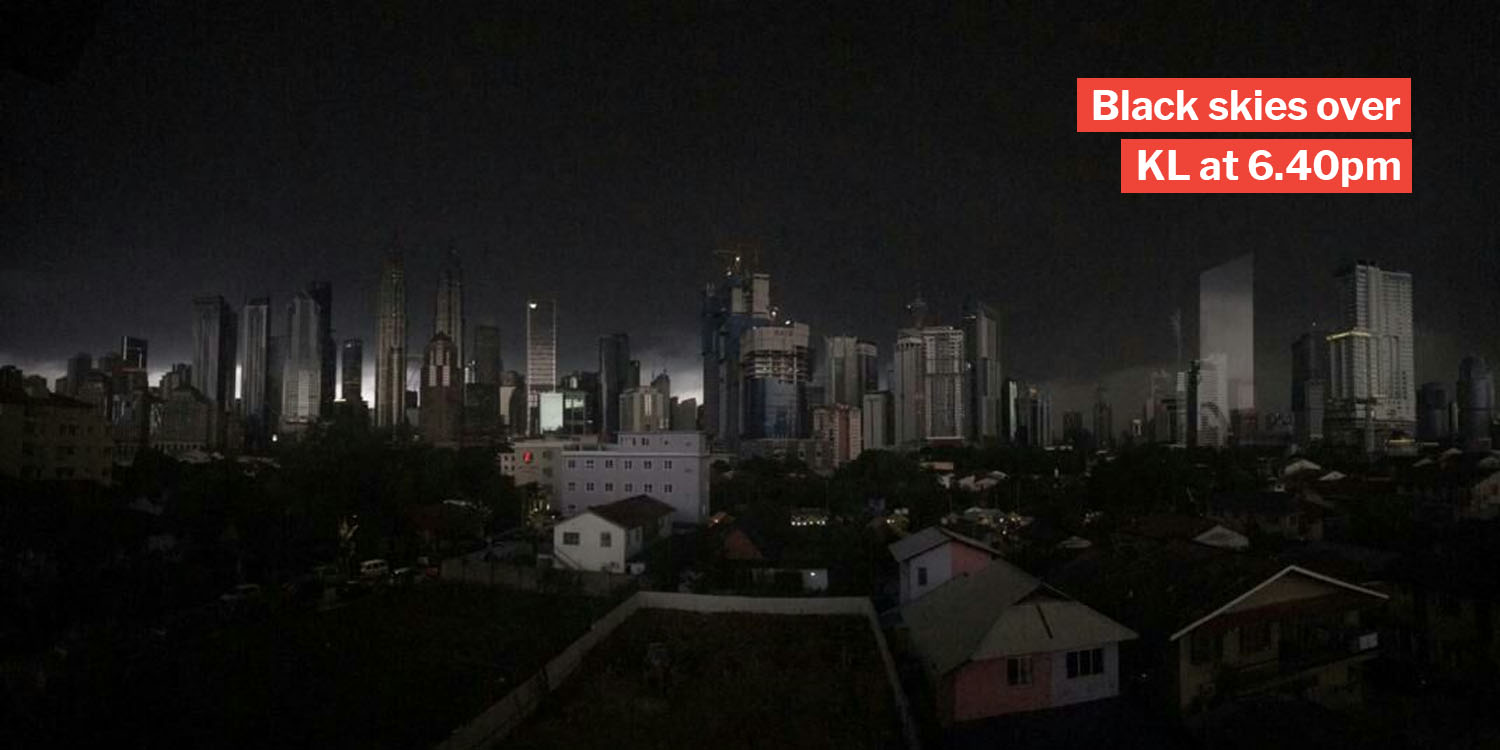 Imagine spending a day in Malaysia where the sun is not shining mercilessly on you. Sounds impossible right?

Yet, that was what residents in several parts of Malaysia experienced yesterday (22 Oct) as dark clouds loomed for the whole day into the night. 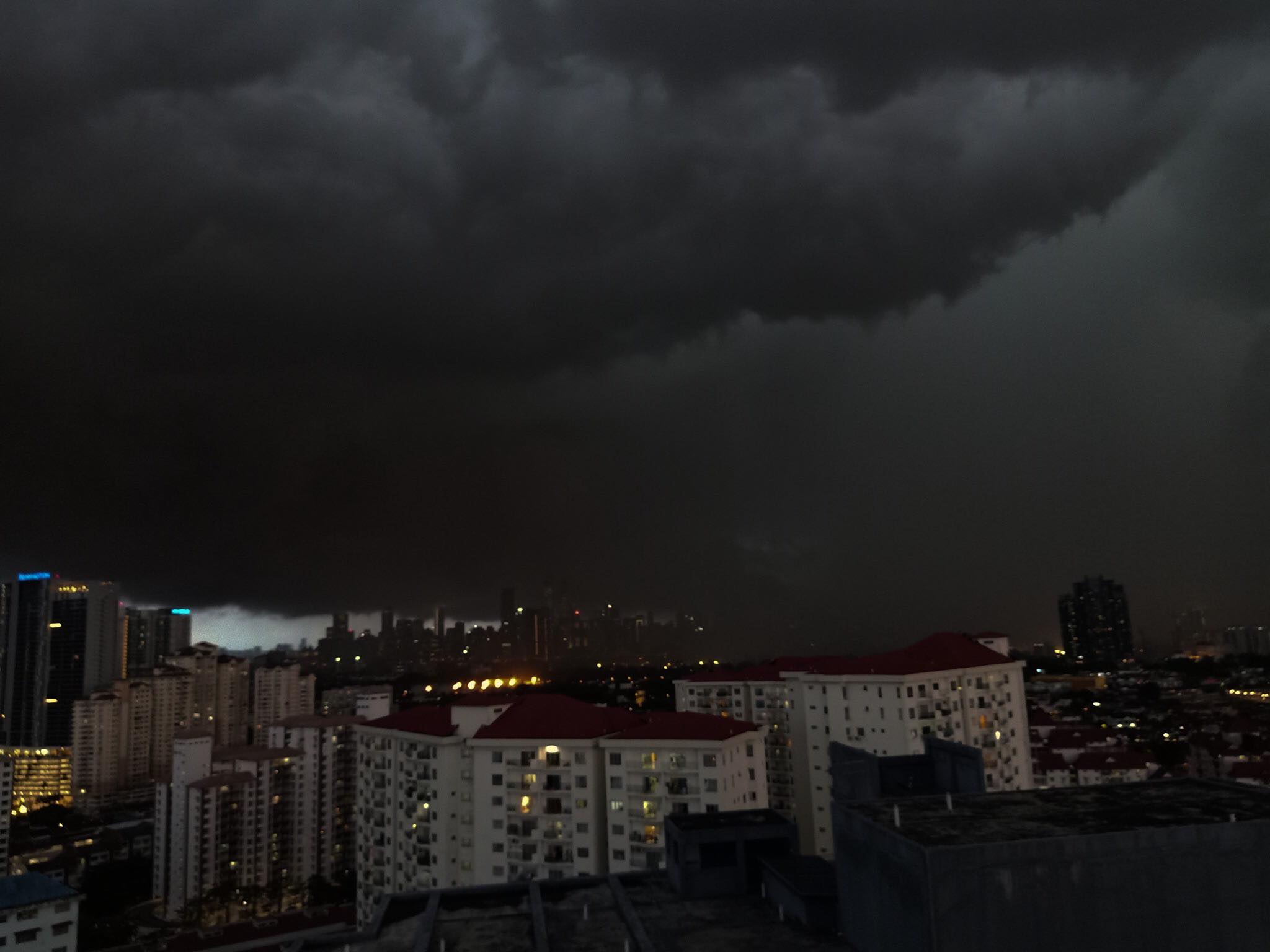 Many residents in the affected areas shared their anxiousness about the impending weather situation.

Yesterday’s storm hit areas like Kuala Lumpur and Johor, but spread to different parts throughout the night. 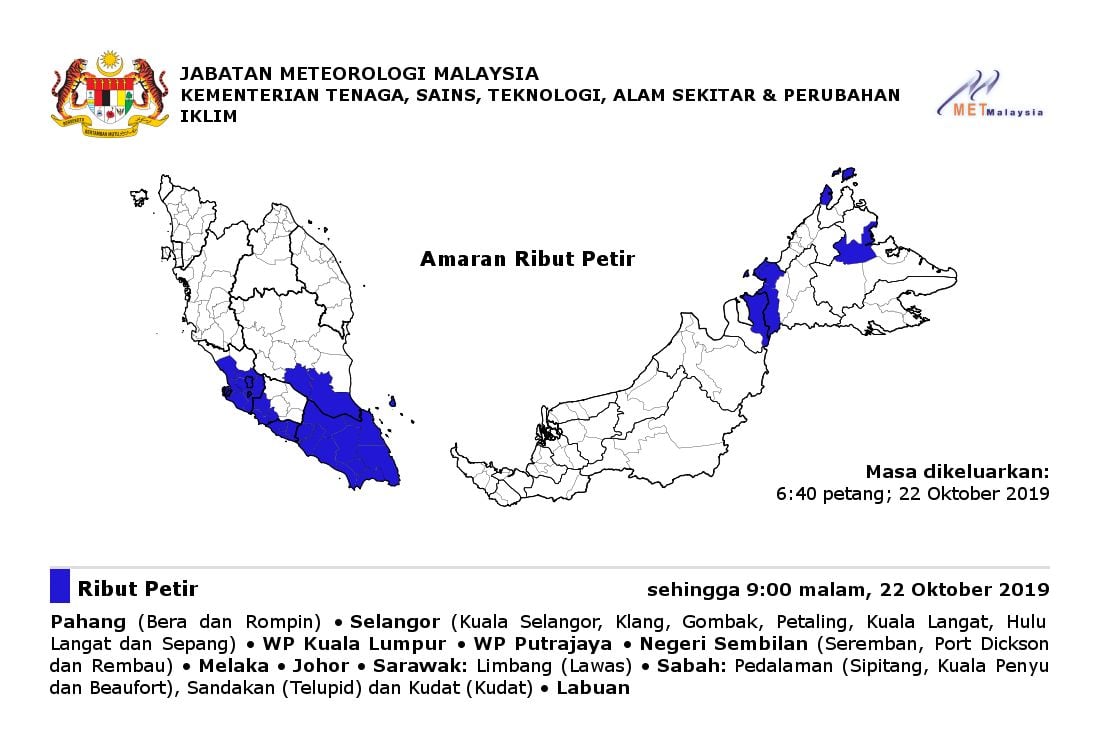 As of today (23 Oct), the storms will largely be over Sabah and Sarawak.

But MetMalaysia issued an official media release warning residents to expect this weather to last from 24 Oct 2019 to Mar 2020. 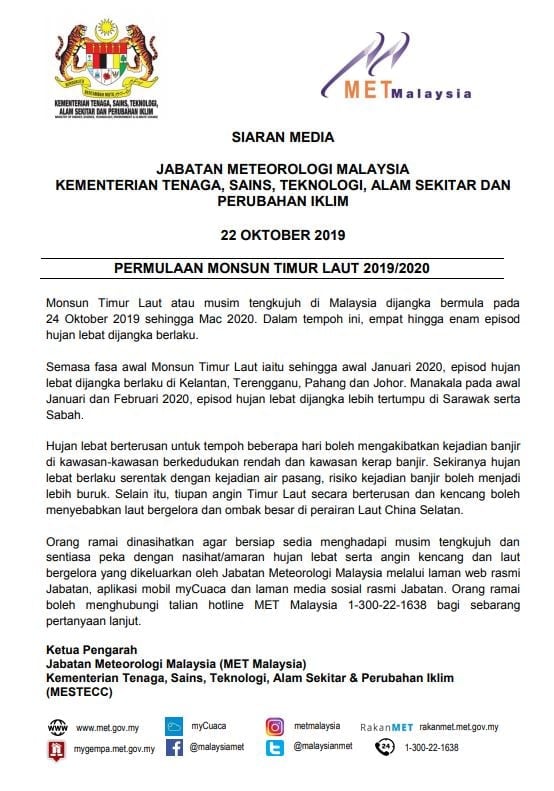 Throughout this period, between 4 to 6 episodes of heavy rain may occur. 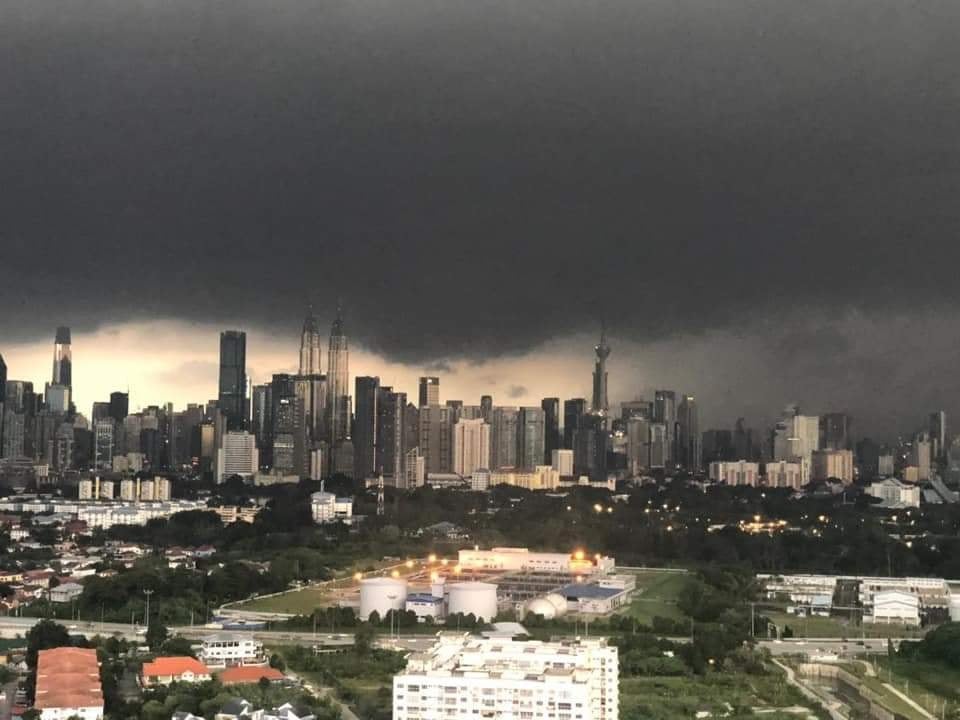 One resident posted the above picture with the caption, “”The sky in Kuala Lumpur has changed to a shade of black… Those in the affected areas please take care… and pray a lot okay.”

The next photo shows just how dark the sky became, apparently within just 15 minutes. Another netizen shared the view from Johor Bahru:

Traces of blue can still be seen amidst the black sky in this picture: 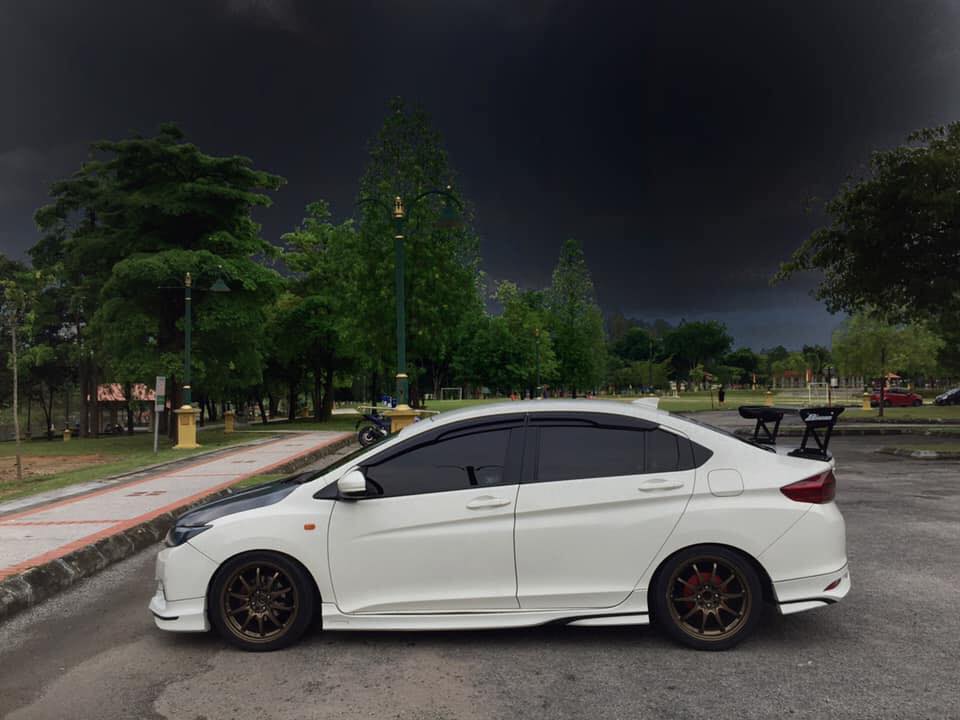 Be careful before going to Malaysia

Authorities in Malaysia have also issued flood warnings for the coastal areas of the country. The relevant ministry also added that areas like Kuala Lumpur are at risk of flooding if the heavy rain doesn’t stop.

In fact, Kuala Lumpur has already seen some flash floods affecting traffic on the major roads, according to Malaysiakini. 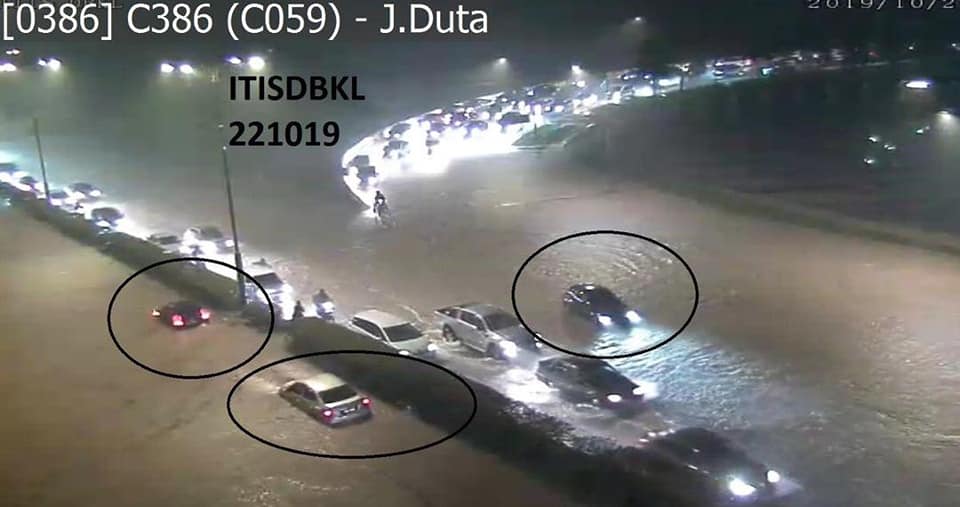 Singaporeans who are looking forward to their next Malaysia trip might want to put it on hold. Look out for any warnings of heavy thunderstorms or flooding before planning your trip and avoid the affected areas if possible.

We hope that residents of the affected areas will stay safe during this monsoon season.