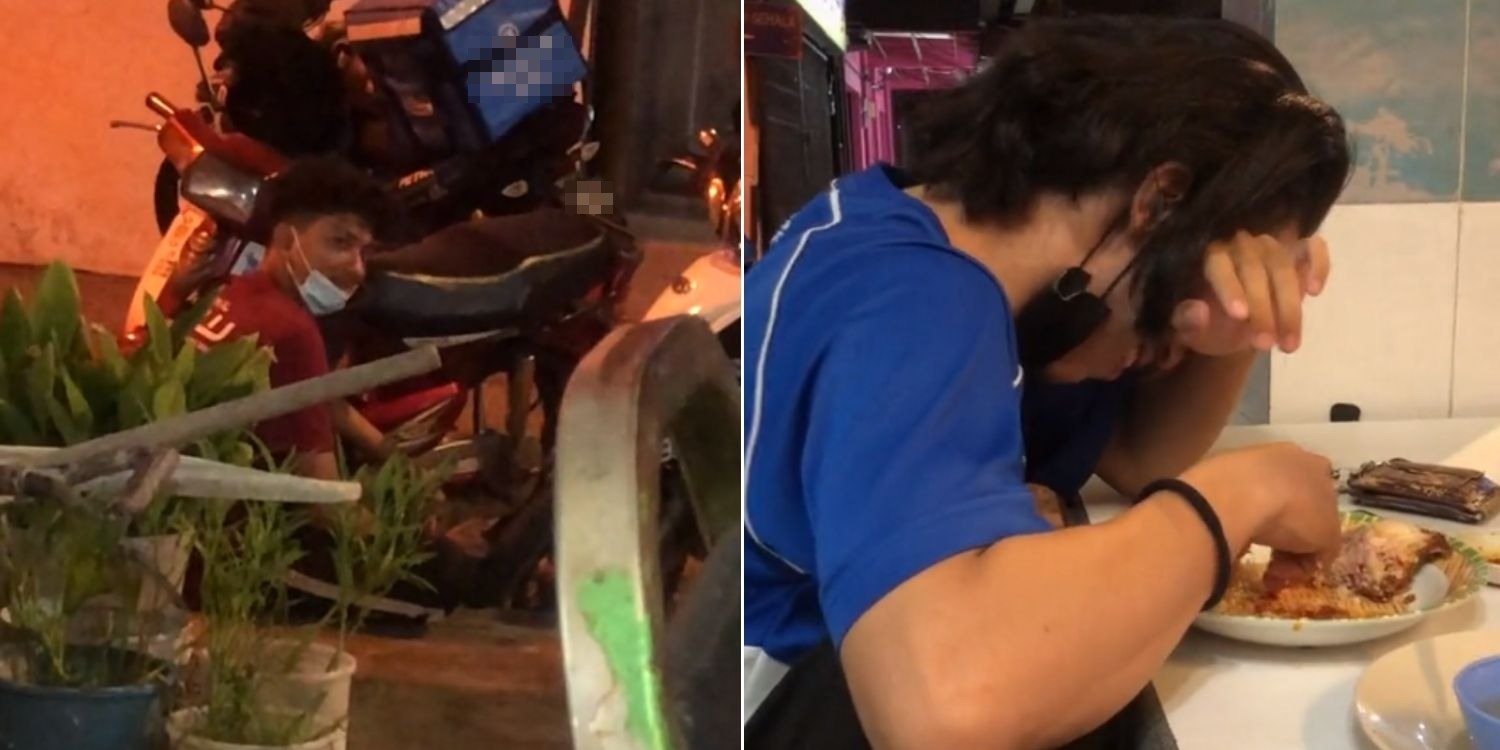 As countries around the world ease restrictions for fully vaccinated individuals, those who have yet to qualify have to resign to their temporary fates. However, that has not stopped this Malaysian man from seeing his friends.

Even as they dined at a restaurant without him, he patiently sat by the roadside, waiting for them to finish.

While the sight of him sitting with his back facing them was rather pitiful, his friends couldn’t help but cackle with laughter.

Malaysian man has yet to complete waiting period after 2nd dose

In a TikTok video shared on Thursday (2 Sep), a group of men was filmed dining at an eatery in Malaysia. After panning to each guy, the clip eventually stopped at the roadside, where a man in red sat solemnly on the kerb.

According to the friend who posted the TikTok video, the man in red had already received 2 doses of the Covid-19 vaccine.

However, at that point, he had not completed the mandatory waiting period which would deem him fully vaccinated. In Singapore, that refers to the 14-day period the Ministry of Health (MOH) has advised us to wait after our second dose.

Since this means that he couldn’t legally dine out yet, he had to sit outside and wait for his friends to finish their meal.

As he watched his friends from a distance, they burst out laughing, causing the man to turn away sheepishly. As the saying goes, out of sight and out of mind.

The TikTok community who watched the video found the whole situation hilarious yet touching. Many pitied the man who likely felt excluded from the group.

However, the TikTok OP explained in the comments that his friend had actually tried his luck at dining in.

But since he ended up sitting on the kerb, his attempt was evidently a failure.

Kudos to the Malaysian man for adhering to the rules

As more countries adopt rules for vaccinated and unvaccinated persons, it’s inevitable that some friend groups have to stay apart for the time being.

Hopefully, after the vaccination and waiting period, they’ll be reunited for good and can all enjoy a meal together.

Kudos to the man in red for adhering to the rules even if it meant missing out on a meal with his friends.