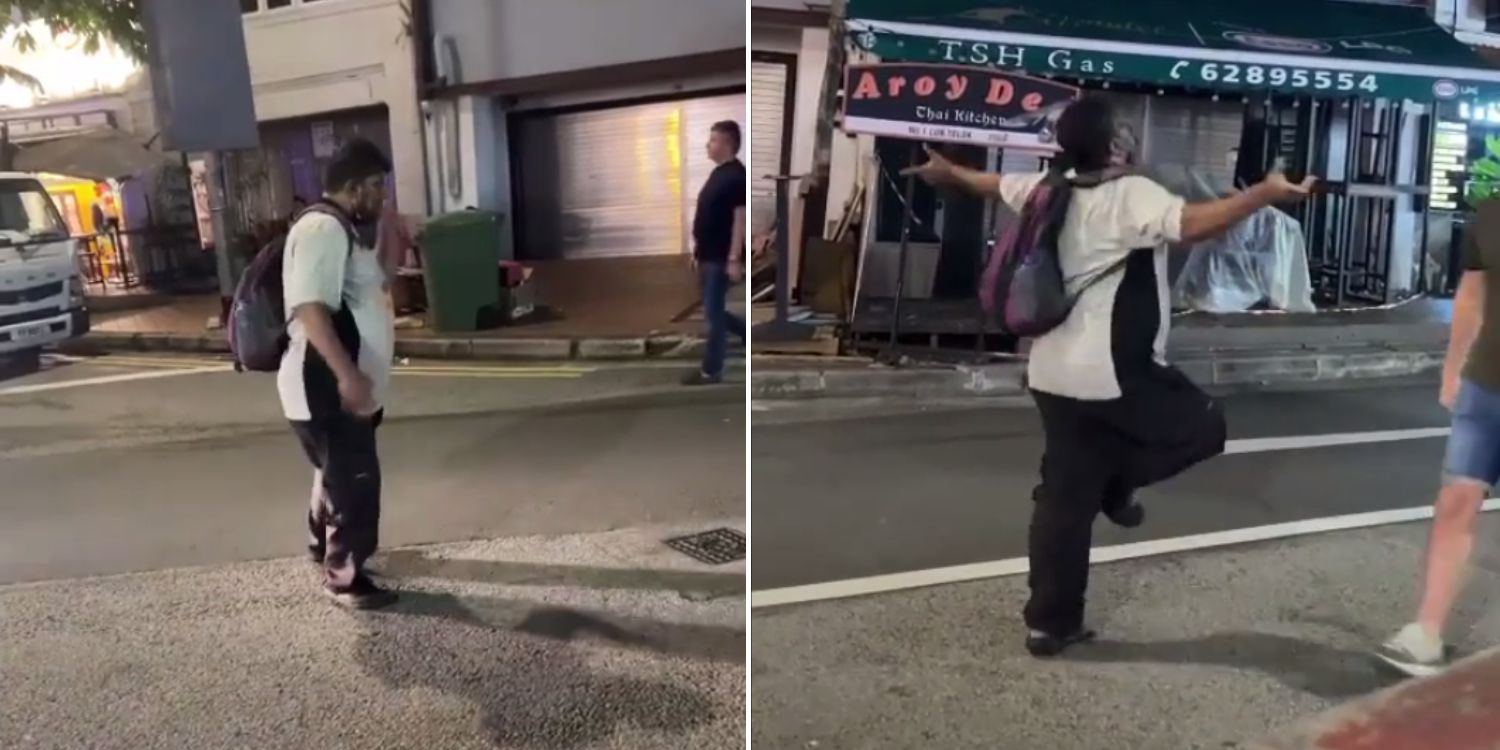 Man Breaks Into Dance Routine On Road At Boat Quay

Sometimes, the stress of daily life can really get to people so we all could do with a good laugh to get our minds off things.

A man did exactly that when he broke into a dance routine along a road in Boat Quay on 29 Sep.

With moves that even Michael Jackson would be proud of, his slick footwork and unexpected agility elicited smiles and laughter from passers-by.

He was even a good sport about it, as he walked away laughing after completing his dance number.

The video of the man’s eye-catching dance routine was uploaded on TikTok, accruing thousands of views and likes.

the way he dance 😭

In the short 13-second clip, the man took to the streets of Boat Quay, planting himself in the middle of the road to dance.

After a cheeky two-step, he sashayed forward and continued dancing furiously.

Passers-by were all smiles as they walked past the enthusiastic and spontaneous dancer.

The man even managed to go for a twirl mid-dance before continuing something that can only be described as a variation of the ‘robot’ as he popped and locked.

Finishing with a flourish, he turned towards the camera with a wide grin on his face before walking away.

The man’s dance moves had the same effect on netizens as they were full of praise for his uninhibited joy.

One comment suggested that the man’s dance is what happens when someone actually follows through on a dare.

Another viewer said that he wants whatever the man’s been drinking, implying that such a brave display of enthusiasm can only come under the influence of something.

Whatever motivated the man’s rousing display, many agreed that he passed the ‘vibe check’.

Let loose & dance your worries away

Dancing in public, especially in the middle of a bustling pub district, certainly takes a lot of courage.

Kudos to the man for demonstrating his uninhibited joy and spreading good vibes to everyone around him.

Hopefully, his sick moves can be a reminder for everyone to let loose from time to time.